A Chateau For The Ages In Southwestern France

This chateau near the village of Gimont in southwestern France remains firmly rooted in the beginnings of the 16th century.

While workers cut stone and carved wood as the structure took shape, the French Renaissance was underway. Art and architecture were evolving. Religious dissent and civil upset were brewing.

Set against this backdrop of history, it’s not surprising that, from the outside, the home looks more like a multi-turreted castle equipped for defense than a manor house. Yet softening its fortress-like appearance is a gravel driveway bordered by neatly trimmed lawn that leads to the front of the residence. Shutters flank gently arched small-pane windows, lending a French country feel. 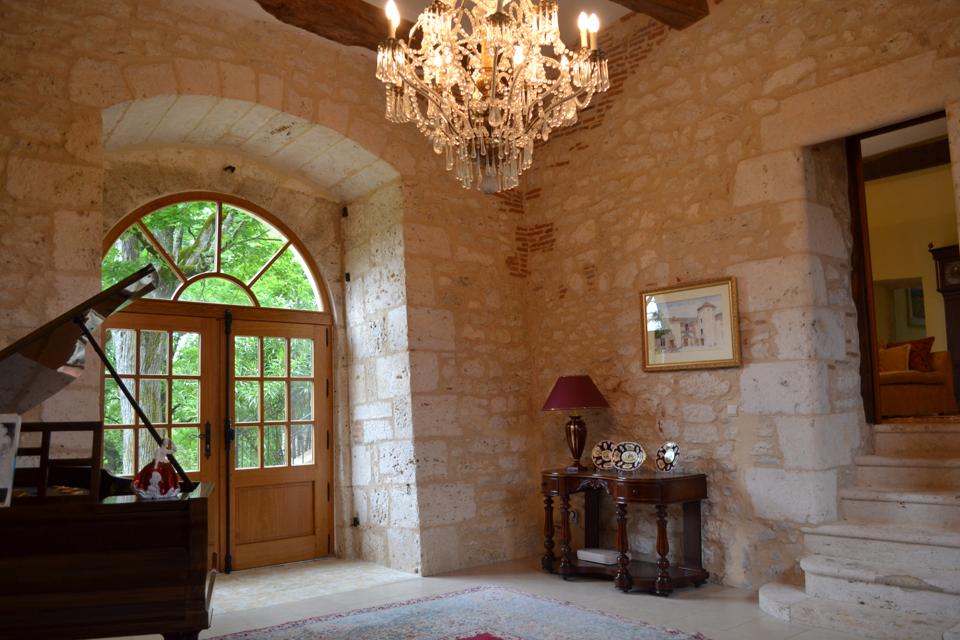 Arched double doors mark the entrance to the Gimont chateau, which is on the market for about $2.861 million. (Groupe Mercure)

An arched double door set in a walled courtyard marks the entrance. Beyond the threshold, tastefully renovated rooms retain much of their original character and features. High ceilings, exposed stone walls and baronial fireplaces add to the period flavor.

Indoor spaces reflect the same simplicity of design of the building’s exterior. The 11 main rooms, many topped by massive wood beams, include reception halls, a dining room and a billiard room. There are six bedrooms and four bathrooms within some 8,611 square feet of living space. 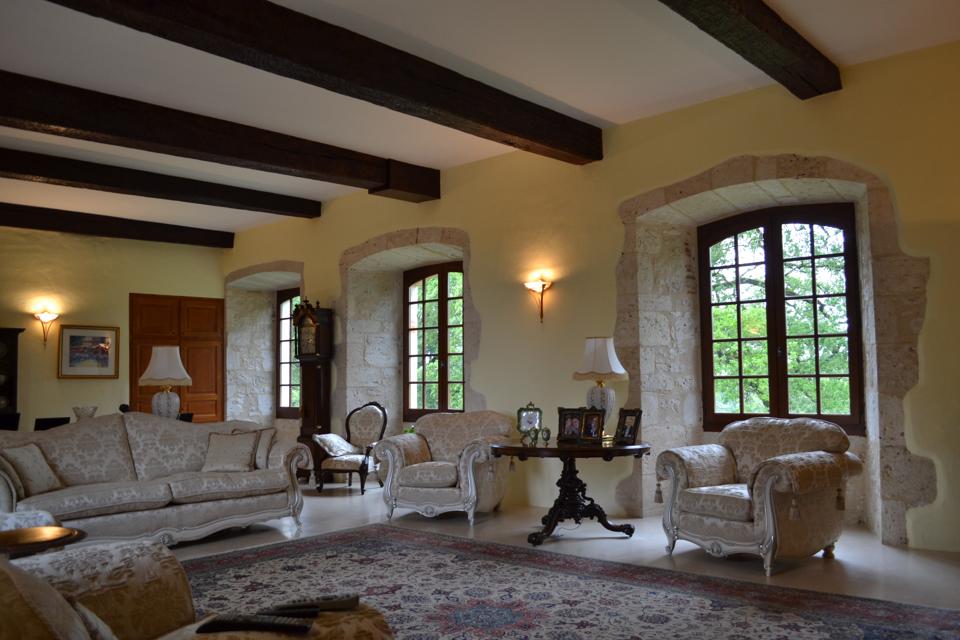 It is in the gardens, however, that one is immediately brought back to present-day living. Steps descend to a heated swimming pool with a lounging area and a pool house – a modern departure from the old-world setting.

Two large terraces overlook the grounds and, beyond that, the Gers countryside, dotted with farmers’ fields. The chateau also takes in views of the Pyrenees, the mountain range that separates France from Spain.

Plantings include roses and trees many centuries old. 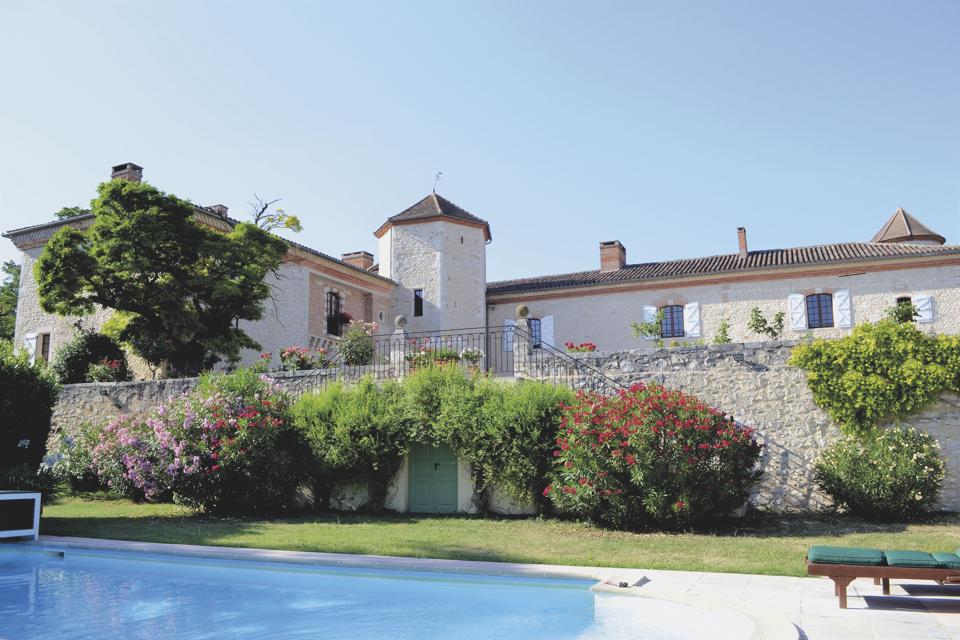 The heated swimming pool is a departure from the old-world setting. (Groupe Mercure)

The nearly 44-acre property, priced at $2.861 million, is listed with William Pillons and Eric Mercier of Groupe Mercure, a founding member of Forbes Global Properties. A guesthouse and outbuildings complete the estate.

Considered a “new city of the Middle Ages,” Gimont itself was established in the 13th century by Cistercian monks and the local ruler, the Count of Toulouse.

About 25 miles west of the metropolis of Toulouse, the rural town is near vineyards, horseback riding and fine dining. And it’s a central spot for exploring area museums, cathedrals and ancient villages.

The region is known for its geese and duck, with foie gras markets taking place year-round to bring products directly to consumers’ tables.

The Toulouse-Blagnac international airport is about 40 minutes away by car. 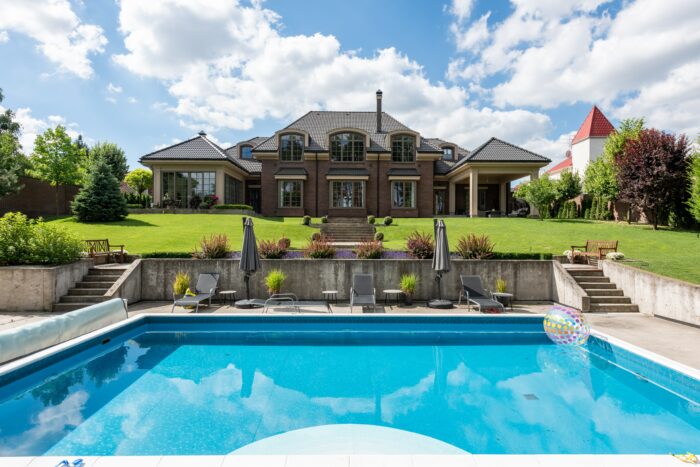 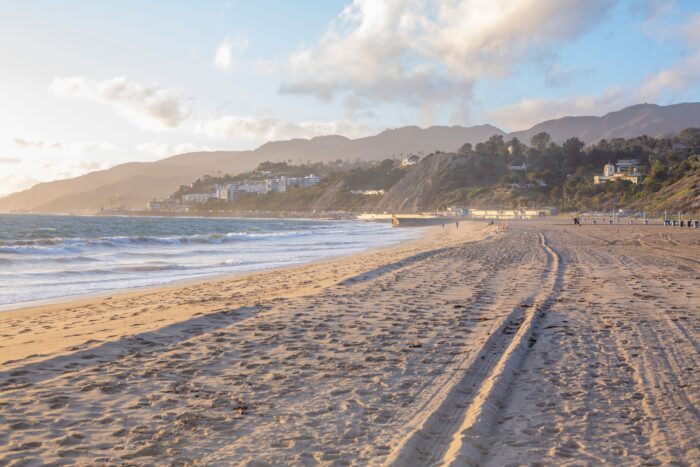 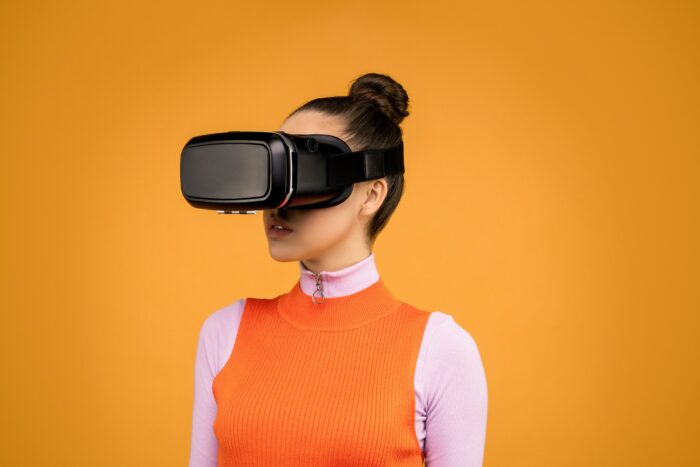