Legacy At Vail Square in Lionshead Village is much more than a premier luxury condominium development on prime Vail real estate. The late Bob Lazier, one of Vail Valley’s pioneer developers and a much-loved community and business leader, began the project in 2006. Lazier was a prolific developer. His Vail projects included The Cornice, Wedel Inn, Wall Street, The Tivoli, Lionshead Arcade, Lift House Lodge, Sun Vail, and The New Tivoli Lodge.

Lazier sadly passed away from COVID in April 2020. In addition to his real estate development career, Lazier was an internationally known race car driver. His racing credits include the Indianapolis 500 and Formula 5000. In 2015 Lazier won the Indy Legends Charity Pro-Am race with driver Jim Claudie.

azier’s sons Jaques and Buddy have moved forward with Legacy At Vail Square as a testament to their father and his lifelong love for Vail. “We renamed the project to Legacy in my dad’s honor,” explains Jaques. “He was working on it for a long time. During the last three years before he passed away, he was finally starting to see his dream realized,” he added. Jaques and Buddy worked alongside Bob in both real estate development and Indy Racing. Buddy won the 1996 Indianapolis 500, while Jaques’s professional racing career also includes the Indy 500. 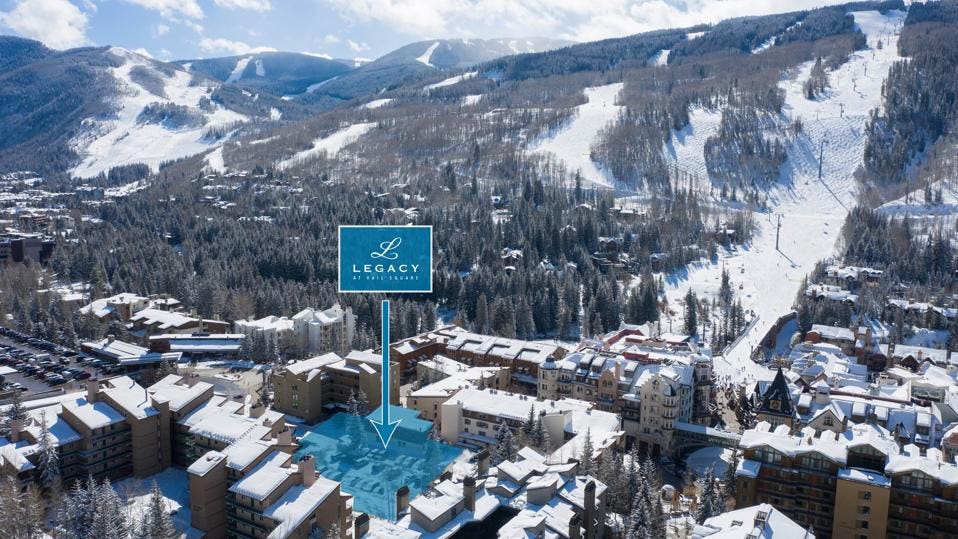 Located just off the plaza, just steps away from Vail Mountain and the Lionshead gondola, Legacy has 20 expansive residences from 1,230 to 2,800 square feet. Each home has panoramic views of Vail Mountain. Pricing currently ranges from $1,695,000 to $8,495,000. Pre-sales began in April and with 6 of the 20 reserved to date. “We are very excited to see how well Legacy is being received,” Jaques said. Groundbreaking is slated for August with occupancy in late 2023. 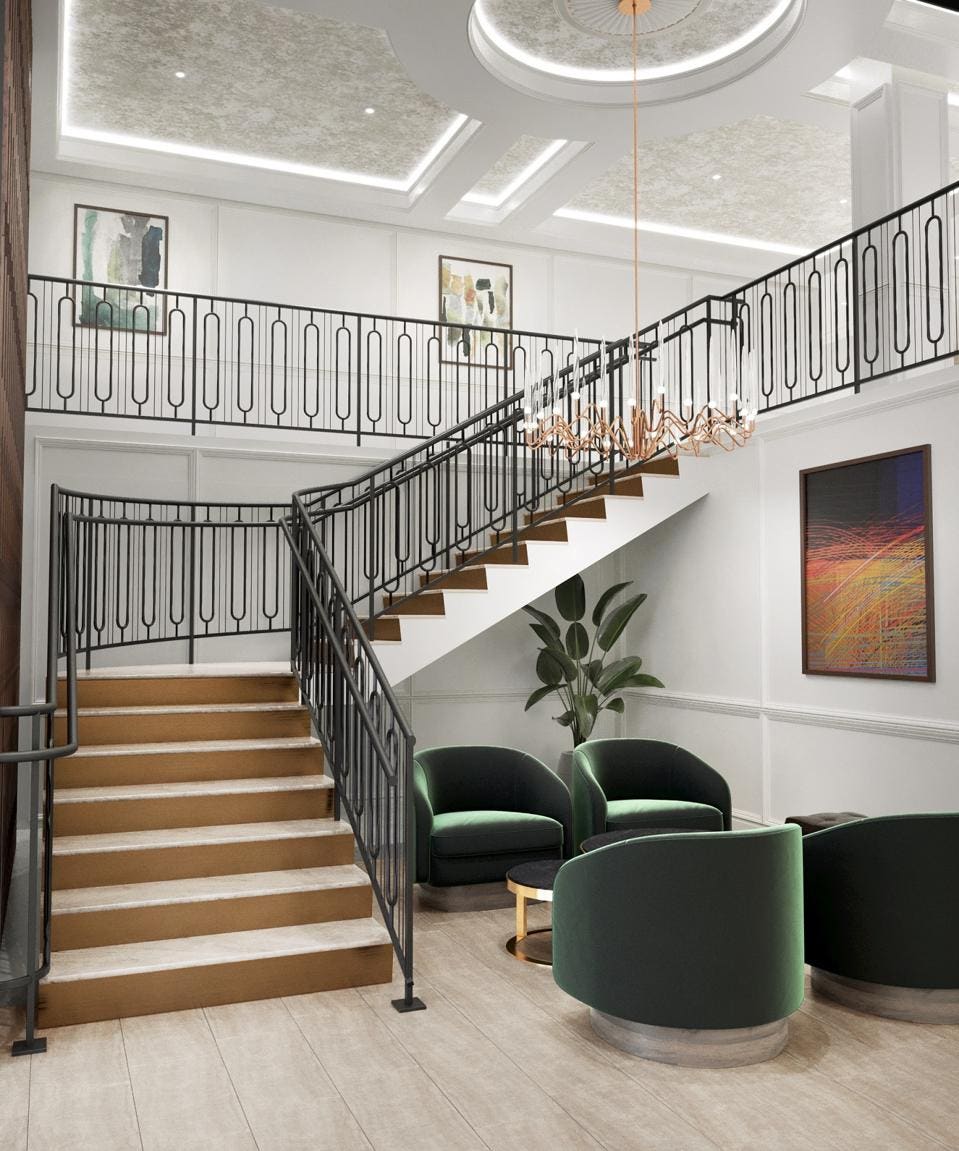 A rendering of the lobby area at Legacy At Vail Square in Lionshead (SLIFER SMITH & FRAMPTON REAL ESTATE).

Sales are strong considering the summer season in Vail does not officially begin until July 4th, when even more visitors than usual are expected to arrive to vacation. “So far, our buyers have fallen into the 65-year-old-plus segment that does want a legacy property for their family,” notes Jaques. Legacy was designed as a multi-generational destination for families. 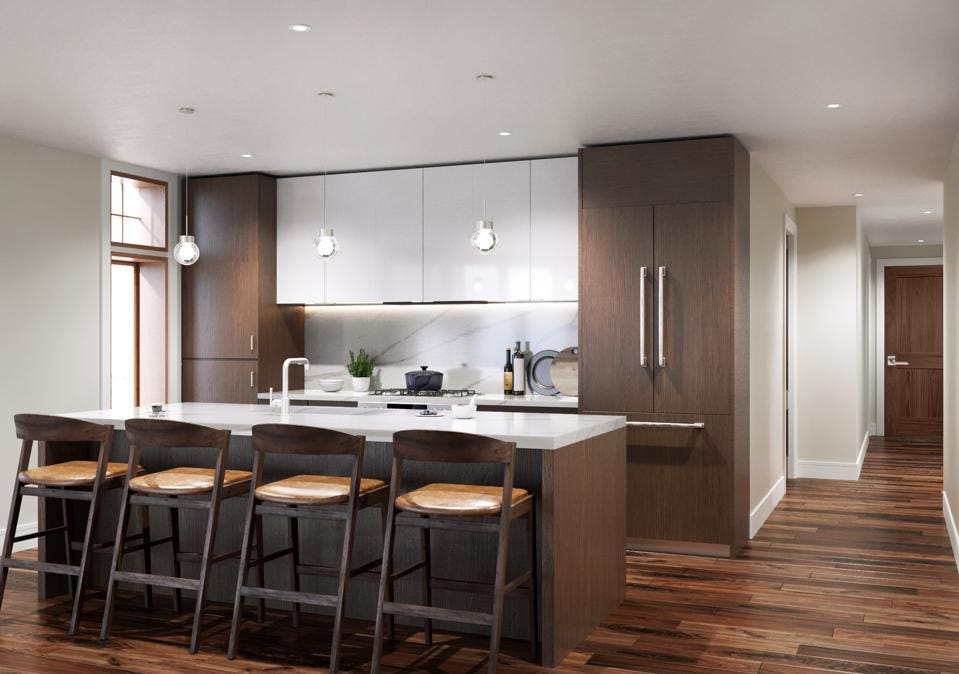 Legacy offers location, location, location, one-of-a-kind views, and five-star amenities, including a community rooftop deck with hot tubs, outdoor kitchen, and fireplace. “Once you are there you will not have to use your car at all,” said Pete Seibert of Slifer Smith & Frampton Real Estate, whose brokerage is handling sales and marketing for Legacy. “Our target buyers are families, which is how the Legacy name ties into what Bob Lazier started and what his sons are now moving forward with.” Within a three-minute walk from Legacy are two ski lifts, a children’s ski school, shopping, restaurants, and a market. 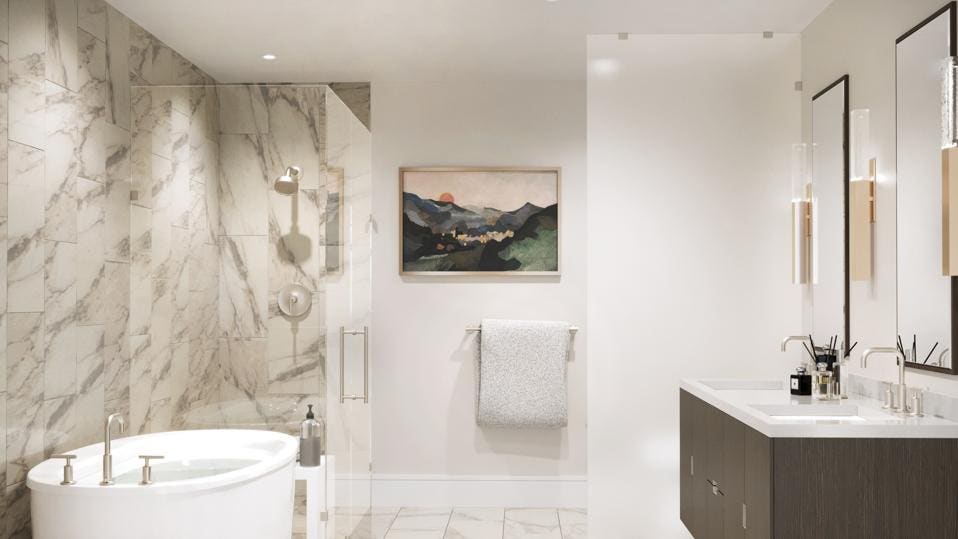 Legacy At Vail Square is the last new-from-the-ground-up project that will be built in the area.  It is the only undeveloped land left in Lionshead. Moving forward, all new projects will be from the redevelopment of existing ones. “We have always kept everything in the family from real estate development and building to Indy car racing. Just like in racing, you are only as good as your team. We are doing the same with Legacy and keeping it in the family. Both my son Caden and my brother’s son Flynn will be involved in Legacy,” Jaques said proudly. On the construction side, the Laziers are working with Denver-based Hyder Construction as the general contractor.  Hyder has a “High Elevation” department that has worked on more than 120 projects in Vail, Aspen, and other mountain destinations. 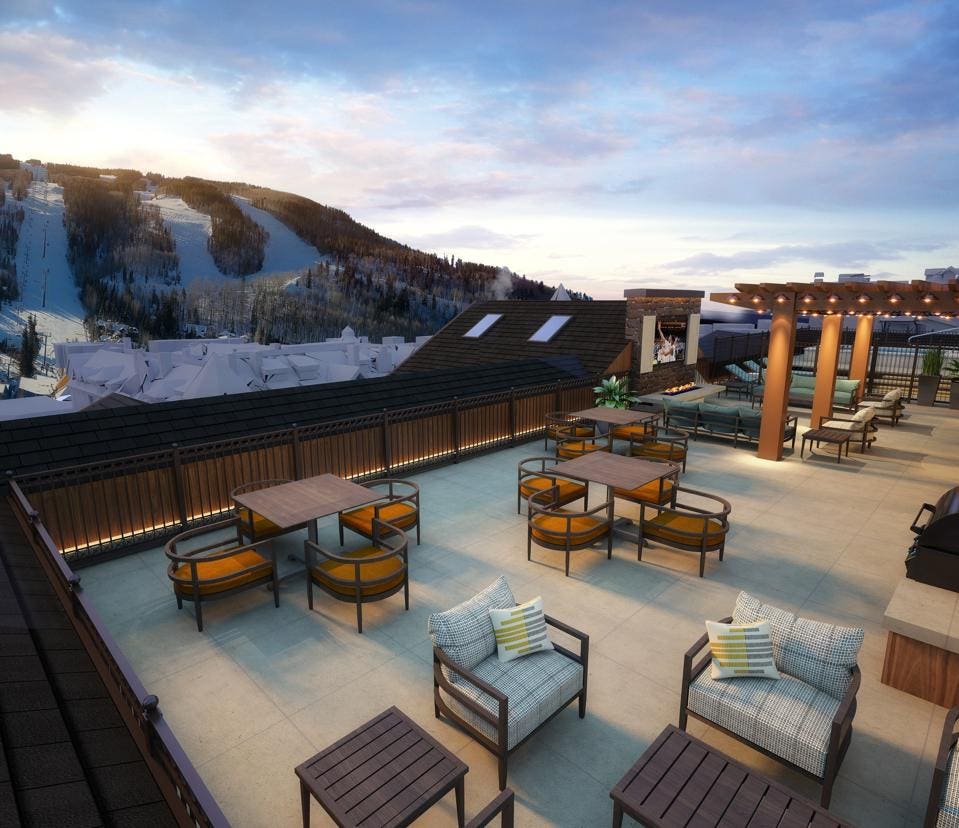 Among features of the Legacy At Vail Square project is a rooftop community deck that takes in views of the nearby ski slopes (SLIFER SMITH & FRAMPTON).

“This is a project for our family and for all the Legacy owners to create and enjoy a new legacy with their families celebrating holidays together that become traditions,” Jacques said. With Legacy at Vail Square, the Lazier legacy continues.