Lightning-quick deals continue to be a common trend along the California coast. In Santa Barbara, a newly built home straddling a cliff along the coastline was listed as pending less than a week after hitting the market in May and sold for the asking price of $8.855 million.

The two-story home, which combines Traditional and Craftsman design elements, is the pinnacle of a five-plus-year undertaking that wrapped up this year, according to luxury real estate specialist David Magid of Village Properties. 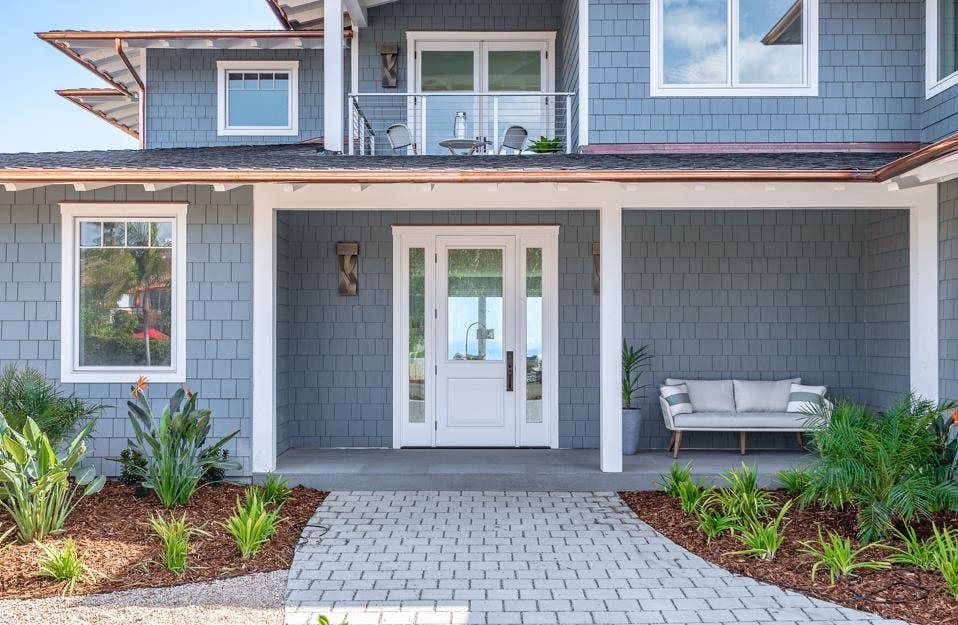 Shake siding and a covered porch lend a timeless appeal to the newly built home on Shoreline Drive in Santa Barbara. (Village Properties)

Sitting on about half an acre on Shoreline Drive overlooking 85 feet of coastal frontage, the home features bright and warming interior spaces and an open-concept floor plan designed to maximize sweeping views of the ocean and Channel Islands.

Vaulted ceilings, large expanses of windows and bi-folding doors are among eye-catching details of note. Three modern, remote-controlled fireplaces provide a cozy ambiance at the push of a button.

In the kitchen area, a gleaming center island is surrounded by high-end Miele appliances and custom cabinetry. There are four bedrooms and 4.5 bathrooms—including upper and lower primary suites—in more than 3,600 square feet of space. 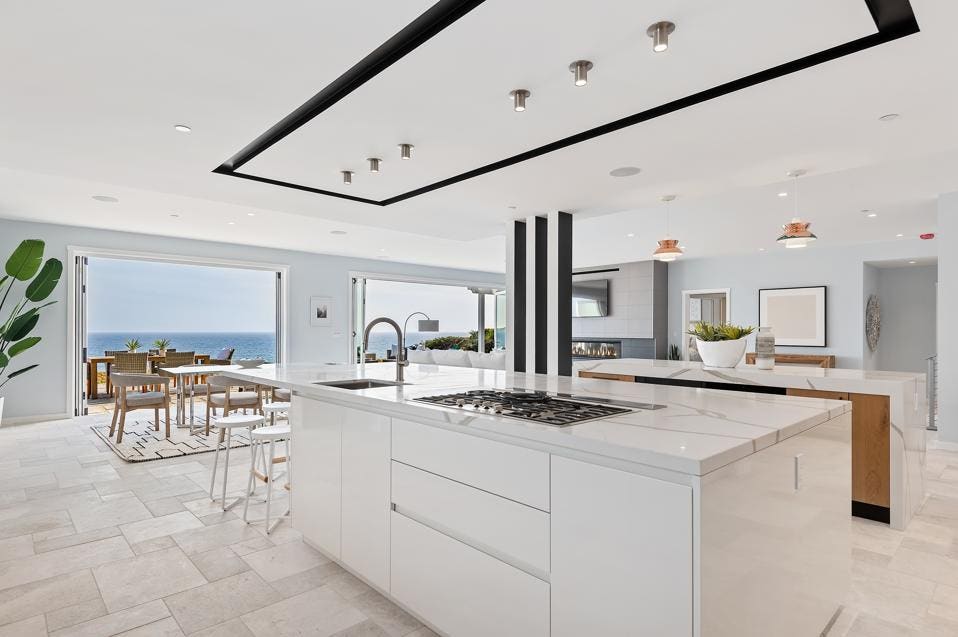 Magid said that the newly built home is something of a rarity in Santa Barbara’s market, given the hurdles that come with the permit and building process.

Approximately 1% of housing units in Santa Barbara were built between 2014 or later, according to the housing market data provider TownCharts. Homes built in 2000 or later represent about 7% of all housing units.

“It’s very difficult to find new areas to build, and the permit/construction is lengthy as well,” Magid said.“ 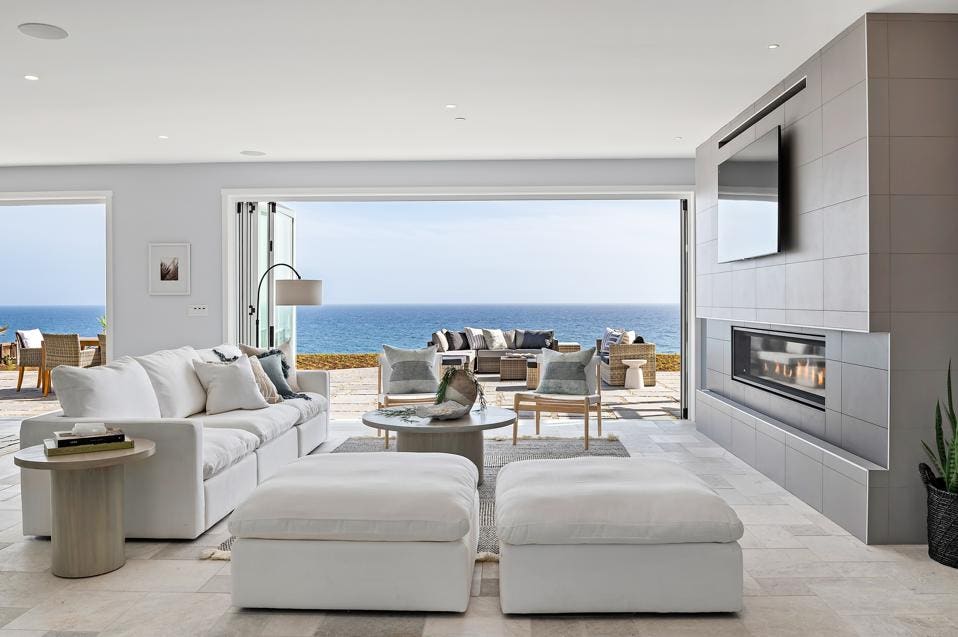 Among forward-thinking details are three linear fireplaces that are controlled by remote. (Village Properties)

Because of the lengthy process, the agent says that the market for new homes is wildly competitive. “There has never been a stronger appetite for new construction.”

In general, Santa Barbara’s housing market has continued to operate at a historic clip since last year, and it’s showing no signs of slowing down in 2021, according to Magid. 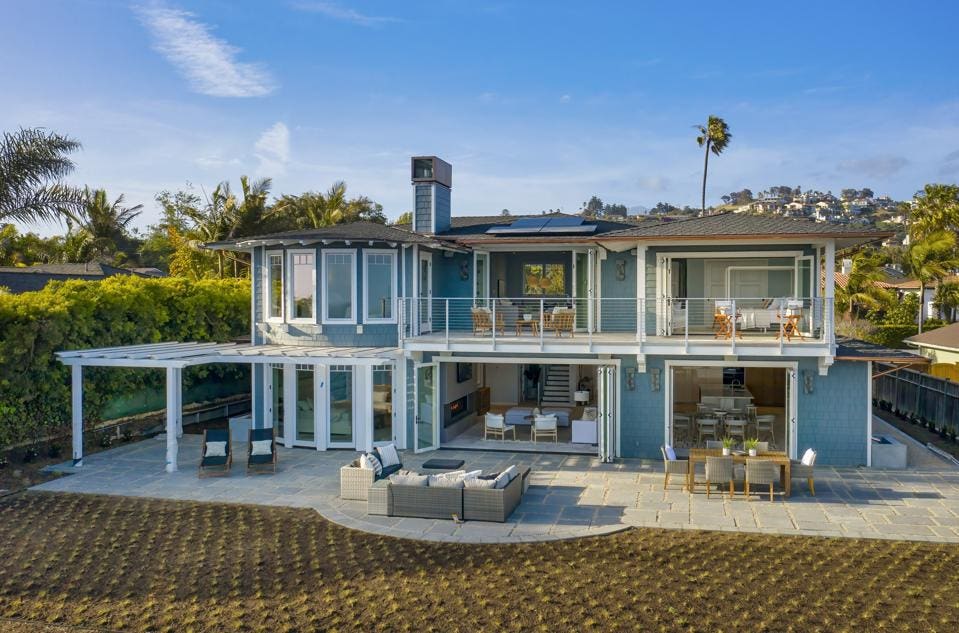 The two-story home was built over a five-plus-year period that wrapped up in 2021. (Village Properties)

Demand has vastly outweighed supply, according to Magid, who expects to see an increase in sales number during the Spring and Summer months as more inventory comes on the market. Still, it may not be enough to appease the vast number of active buyers.

“Santa Barbara was already one of the most desirable places in the country, and COVID helped create a deeper appreciation for our beautiful beach town,” he said. “Don’t expect a slowdown in the market anytime soon.”