Affluence is nothing new to the town of Paradise Valley, Arizona. For decades, this small suburb of Phoenix has been the most expensive ZIP Code in Arizona, with residents the likes of the Kellogg family, Michael Phelps and Muhammad Ali.

But even for a town that former U.S. Vice President Dan Quayle, Mike Tyson and Robert Mitchum have called home, the current real estate boom is unprecedented.

“The past 24 months have been crazy,” says Josh Peters, founding partner of Scottsdale-based brokerage RETSY. “We were seeing a slow-paced climb for years but COVID really just hit the gas pedal.”

Surrounded on three sides by iconic mountains such as Camelback, Paradise Valley encompasses roughly 16 square miles with a population of about 14,000. It is often considered a quieter and more private alternative to Scottsdale, which sits just to the south.

“This area has always been a well-kept secret, but now we’re starting to be in the public eye,” Peters says. “People have really become hypersensitive to their surroundings. People started asking themselves why they live where they do, and Paradise Valley is just the perfect, logical choice for a lot of people.” 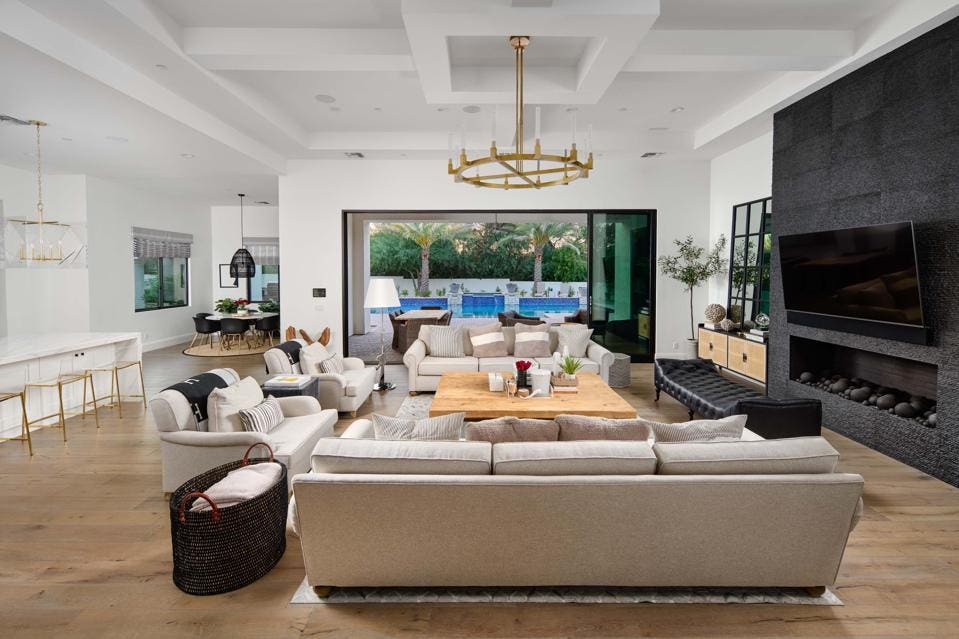 The Homes Of Paradise Valley

Other amenities desired by luxury home buyers are tennis courts, sprawling pools with spas and ramadas with fireplaces or even outdoor kitchens.

Due to a shrinking inventory, Paradise Valley is seeing a rise in new development. Many of the new residences feature contemporary designs with sleek exteriors and stylish, modern interiors. Thanks to low-density zoning restrictions, residences are amply spaced apart, maintaining privacy and the area’s natural features.

“It’s R-43 zoning—it’s basically one house per single acre with a few exceptions for resorts and the like. So you get to feel like you’re in the middle of nowhere, but you’re five minutes away from everywhere.”

The Prices Of Paradise Valley

A recent report by RealtyHop put Paradise Valley’s 85253 Zip Code at the 46th most expensive in the country. As of October 2021, the median home sold price was $2.5 million, according to data from Realtor.com.

Compared to the same month two years before, when the median price was $1.13 million, the figure shows just how rapidly the market is growing.

For the median price, buyers can expect to find luxury villas in gated communities that often offer access to resort amenities such as golfing privileges, concierge services and award-winning restaurants.

Large, 8,000 or more square foot estates, many of which are new construction or recently renovated, can sell for upwards of $10 million.

The Vibe Of Paradise Valley

“It’s a wealthy area,” Peters says. “We have a lot of high net-worth individuals—celebrities, athletes, executives. But it’s a lot quieter here than Manhattan or Los Angeles. You can fly under the radar if you want to.”

With a premium on tranquility and scenic beauty, much of Paradise Valley is unburdened by commercial development.

That being said, the town is home to nine luxury resorts, meaning the majority of the area’s recreation and cuisine are five-star experiences such as at elements, an upscale eatery offering new American cuisine and extraordinary views. 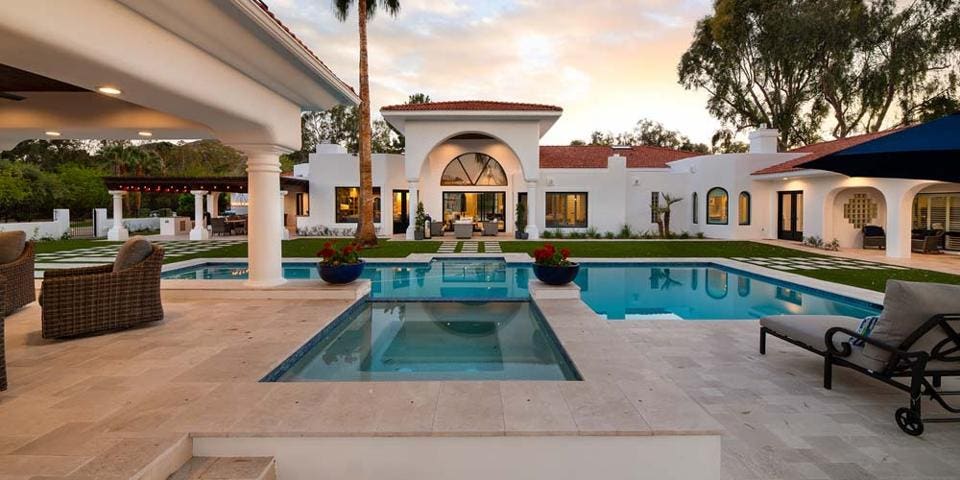 The Schools Of Paradise Valley

Of the 22 schools in the Scottsdale Unified School District, two—Cherokee Elementary and Kiva Elementary—are located within the town’s limits.

For middle and high school, students attend schools in nearby Scottsdale.

There are several charter schools, including those managed by Great Heart Academies and BASIS Schools.

The Surroundings Of Paradise Valley

Old Town Scottsdale is only three miles south by car, and a 14-mile drive southwest puts you in downtown Phoenix.

The Phoenix Sky Harbor International Airport, the largest airport in Arizona, is only an 18-minute drive south.

Two hours to the north is Sedona, known for hiking trails that pass through stunning red sandstone formations.