Exploring London’s Belgravia: A Historic Neighborhood With A Bright Future

As with much of London, the streets and structures of London neighborhood, Belgravia, are rich with a storied history—but while many can boast noteworthy pasts of royalty and nobility, none perhaps has quite as auspicious a future.

Initially developed in the 19th-century by Marquess of Westminster, Robert Grosvenor, Belgravia’s noble roots have remained a through-line—several of Britain’s most significant citizens have made one of the area’s distinguished, white-stucco terraces their home at one time or another.

The days of old-world royalty residents in Belgravia, however, are winding down. Instead, a new wave of the world’s ultra-wealthy are moving in and bringing with them development, investment and interest in the area.

“Fifteen years ago, Belgravia may have been thought of as a little passé,” said Rupert des Forges, Partner and Department Head of Prime Central London Developments at Knight Frank. “But it’s absolutely come back and is being rediscovered.”

New additions like the one-of-a-kind shopping concept the Village by designer Anya Hindmarch or a private members’ club housed in the spectacular 6 Grosvenor Place, currently being refurbished, are harbingers for the forthcoming updates to the neighborhood.

As soon as 2022, projects, like the new location for the renowned Cleveland Clinic or luxury hotel and residence, The Peninsula London, are set to be completed, marking something of a renaissance for what has been considered the “little brother” to nearby Mayfair and Knightsbridge. 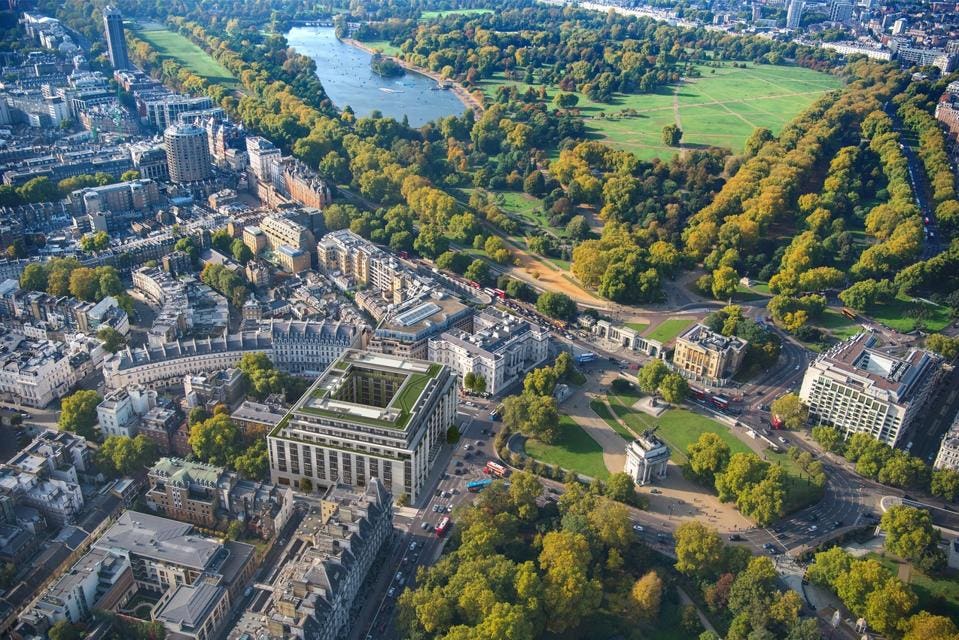 An aerial view of the Wellington Arch on Hyde Park Corner across from the new ultra-prime residential address for the Peninsula Residences London. (The Peninsula Hotel)

The Homes In Belgravia

Often characterized by the long rows of terraces styled after the Regency era, Belgravia is the site of some of London’s most refined buildings, with trademarks like wrought-iron balconies, bow windows and white-stucco facades framed by friezes, panels and tablets.

Old-world charms like mews houses, greenhouses and private gardens can be found on some properties throughout the neighborhood.

Many homes feature stunning views of the city, including landmarks like the nearby Buckingham Palace.

Just as the exteriors have maintained their historical grace, so too do the interiors, however, with the addition of contemporary touches like statement chandeliers, clean, geometric lines and metal accents.

Newer developments like The Peninsula London offer modern amenities like indoor swimming pools, gyms and spa treatment centers with five-star hospitality services. Still, they are no less elegant than their more mature neighbors—architectural and interior designs uphold the distinctive heritage and grandeur of Belgravia.

Properties in central London accounted for 89% of deals over $6.8 million, the data showed.

This means properties in neighborhoods like Belgravia, which has some of the most expensive and premier homes globally, are in high demand.

According to foxtons.com, the average price house price in Belgravia is about $2.24 million. This represents a large portion of two-bedroom apartments in the area. In contrast, houses, newer luxury apartments or penthouses make up the higher-priced properties which can go for upwards of $50 million. 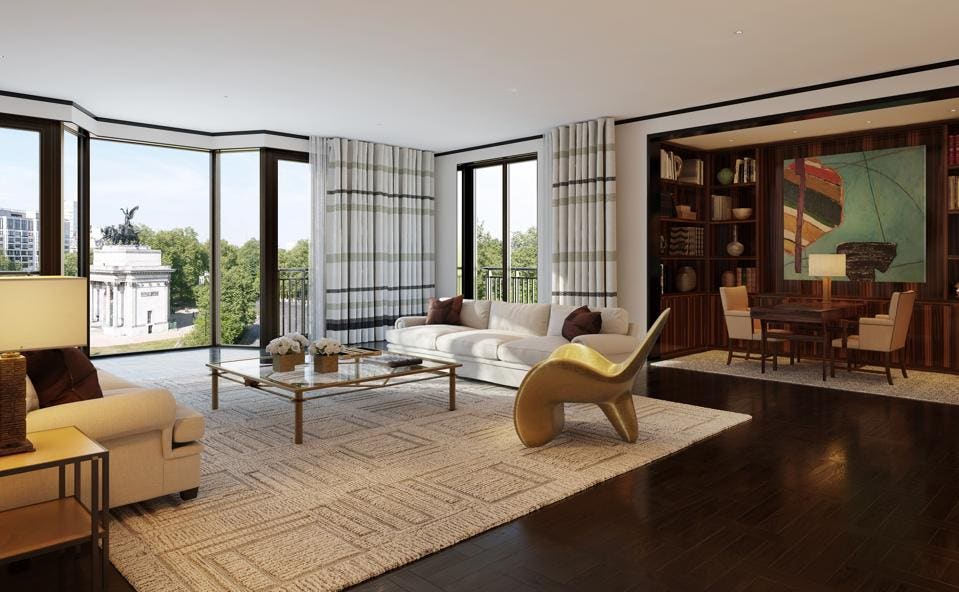 “What you’ve got is a bit of fusion of an established, longstanding area with these significant new developments,” des Forges explains. “The area is what you might call grown-up, but these new buildings have brought in a new profile of younger buyers who are changing the flavor.”

With a strong pied-a-terre market and lack of large office buildings, Belgravia is quieter than more busy parts of London. This, along with the neighborhood’s many squares and gardens, makes for a more serene city experience.

Quiet, however, is not to be confused with desolate—Belgravia is home to many shops, pubs and restaurants, like Peggy Porschen, a landmark cafe on Ebury Street or the historical Grenadier pub.

Elizabeth Street is where you can find boutique shopping amongst pastel-colored storefronts and quaint cafes.

A short walk away is Sloane Street, famous for its luxury shopping, offering brands like Prada, Armani and Cartier.

London is home to many of the most prestigious private schools in the world, some of which are located in Belgravia. These include Eaton Square School, a pre-prep and prep school for students ages 4-11, or Francis Holland School, an all-girls for junior, senior and sixth-form level students.

For students willing to commute outside the neighborhood, nearby areas offer renowned, reputable options for private schooling like the famous Westminster School in Westminster, directly east. 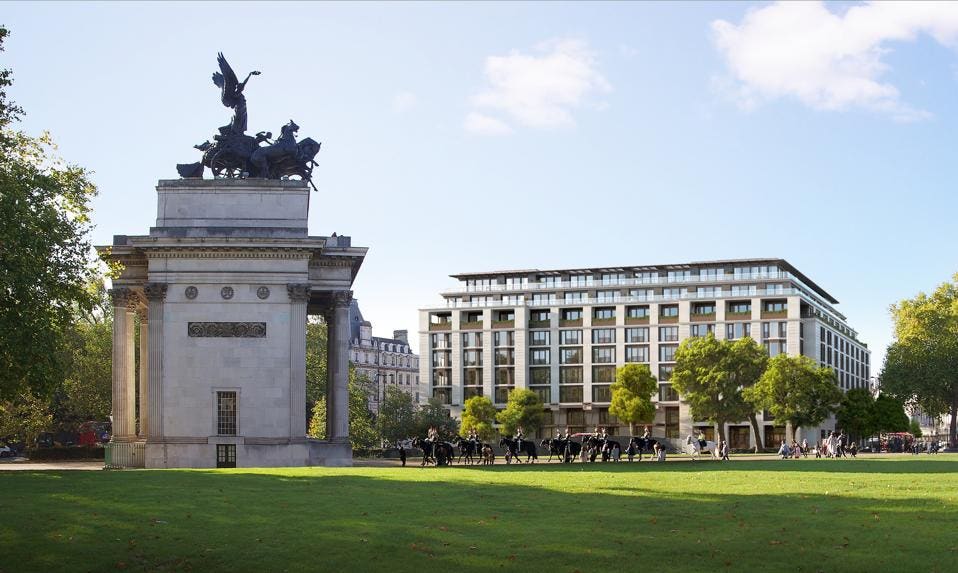 Belgravia is the site of some of London’s most refined buildings, including the brand-new Peninsula Residences London across from Hyde Park Corner. (The Peninsula Hotels)

“Geographically, it’s extremely central,” des Forges says. “You can hop into places like the West End and SoHo very easily.”

To the south is the River Thames and to the north is Hyde Park, Kensington Gardens and Green Park, giving residents even more options for a scenic stroll.

Heathrow Airport is about 30 minutes away via A4 and M4 heading east.