According to the Austin Board of Realtors, house sales in the Austin metro area slowed in October 2021, but the region is still on course for a record-breaking year.

Sales of homes in the region fell by 12.1% in October compared to the previous year, according to the Austin Board of Realtors. In spite of this, the area’s median sale price grew by 24.7% year-over-year to $455,000. Additionally, the September 2021 median home price across the five-county Austin-Round Rock area was $450,000. 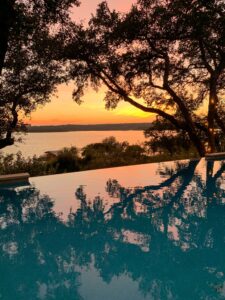 “We are beginning to see a glimpse into what buyers and sellers can expect in our housing market moving forward,” Susan Horton, president of the Austin Board of Realtors, explained in a news release. “More new listings are hitting the market, a trend that we have seen continuously for the past eight months, and when coupled with fewer closings across the [metro area], prospective buyers have more options.”

Here’s a closer look at the submarkets in Austin that performed well in October 2021:

It’s not just median-priced homes that are selling fast. In the high-end of the market, Austin has seen tremendous growth in multimillion-dollar transactions. Austin was also towards the top of the list of metro regions with the highest percentage of properties selling above list price in August 2021. According to Zillow, in the second quarter of this year, 5.3% of all properties in Austin sold for more than 30% above their advertised price.

The Austin Board of Realtors reports that the typical home price in the Austin metro region reached $480,000 in July, up 37% from the previous year, while sales have decreased in all counties.

Last year, Austin sales of $1 million or more increased nearly 24%, according to reports.