These Manhattan Neighborhoods Saw The Biggest Price Cuts In 2020

If you thought you missed your chance to land a bargain in New York City’s housing market, you may be in luck. The average asking price for condos, co-ops and townhouses across Manhattan have dropped by nearly 10% in 2020, according to new data from UrbanDigs.

Chaotic conditions caused by the COVID-19 pandemic coupled with an influx of new listings have driven home prices down by an average of 9.3%, when comparing the original asking price to the last asking price, UrbanDigs data shows. A total of 10 Manhattan neighborhoods saw the average price drop by 10.7% or more. 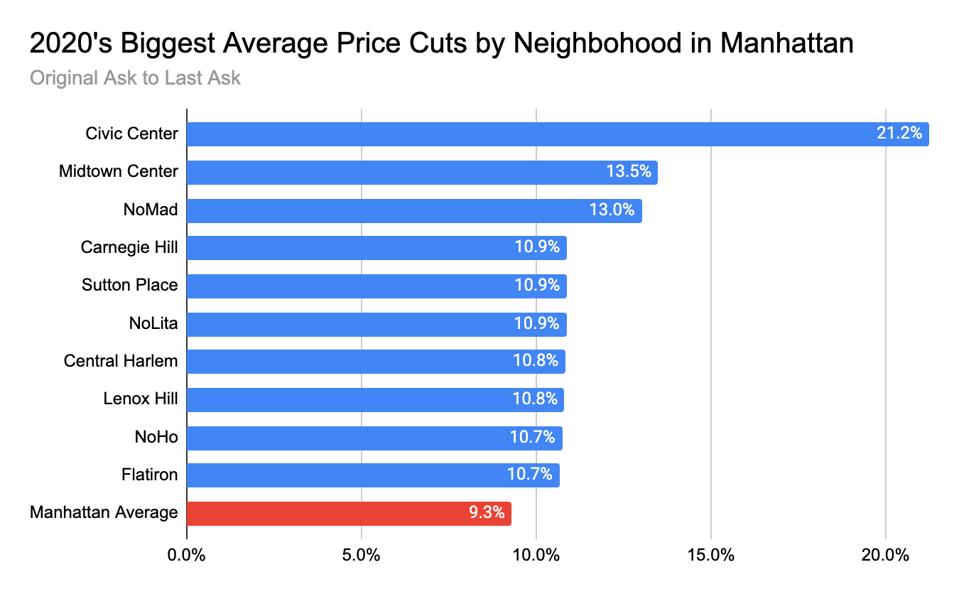 Manhattan has seen the average listing price for condos, co-ops and townhomes decrease by 9.3% in 2020.

For thrifty homebuyers, the greatest discounts appear to be had in Lower Manhattan’s Civic Center neighborhood, where the average price has declined by 21.2%. Other areas seeing significant price drops include Midtown Center and NoMad, which saw prices drop by 13.5% and 13%, respectively.

To get a sense of the market, I took a look at a few active listings from Warburg Realty, a founding member of Forbes Global Properties, that have seen price cuts in recent months. From a renovated co-op in Lenox Hill to a turn-key residence in Sutton Place, here are four discounted properties in Manhattan: 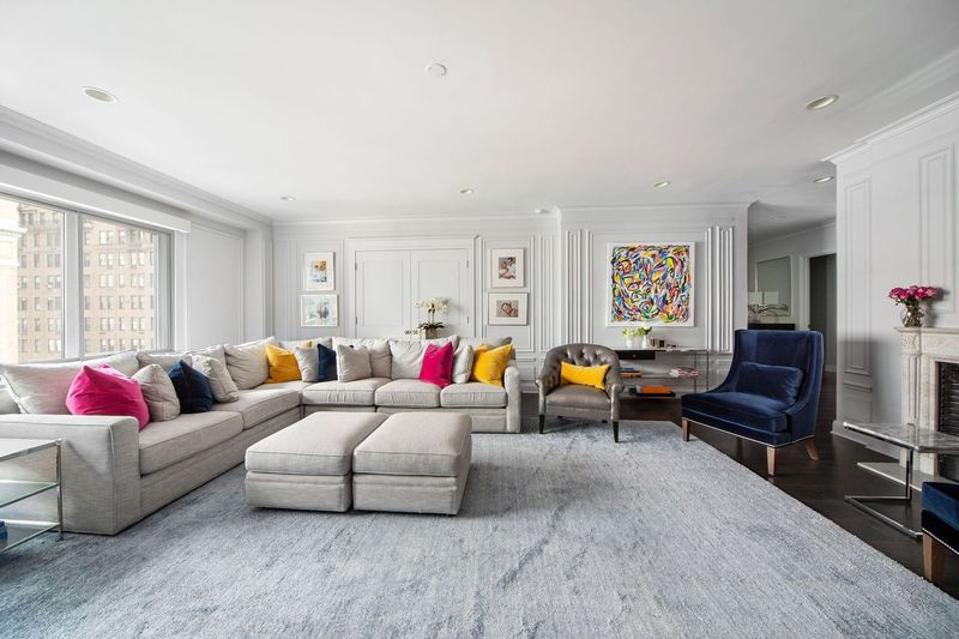 The four-bedroom, four-bathroom residence in a 1908 building saw its price reduced in October by $255,000. 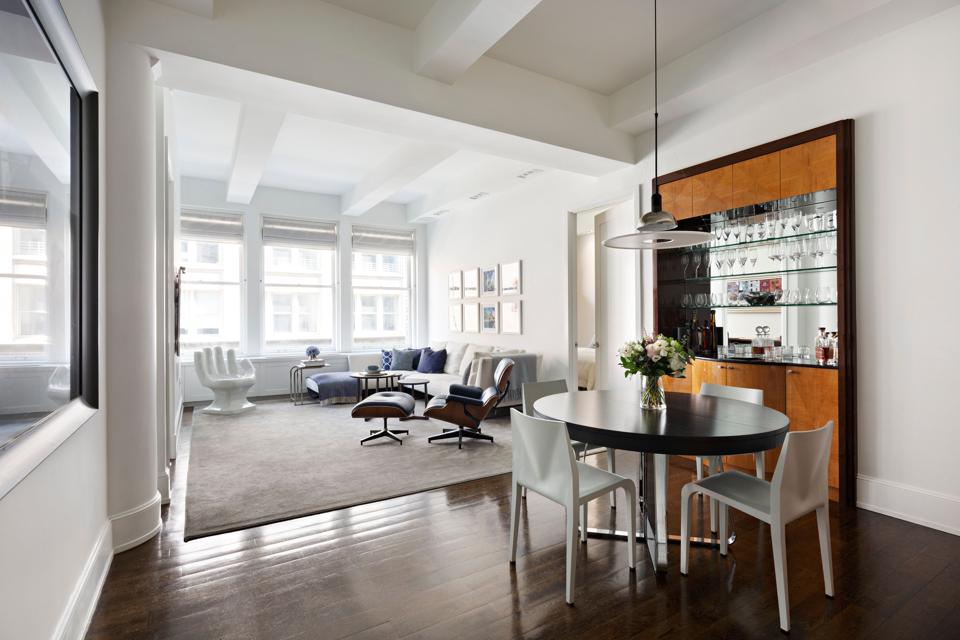 Located in one of the Flatiron’s most coveted Pre-War buildings, this loft-style residence recently saw its asking price lowered in October by $100,000. 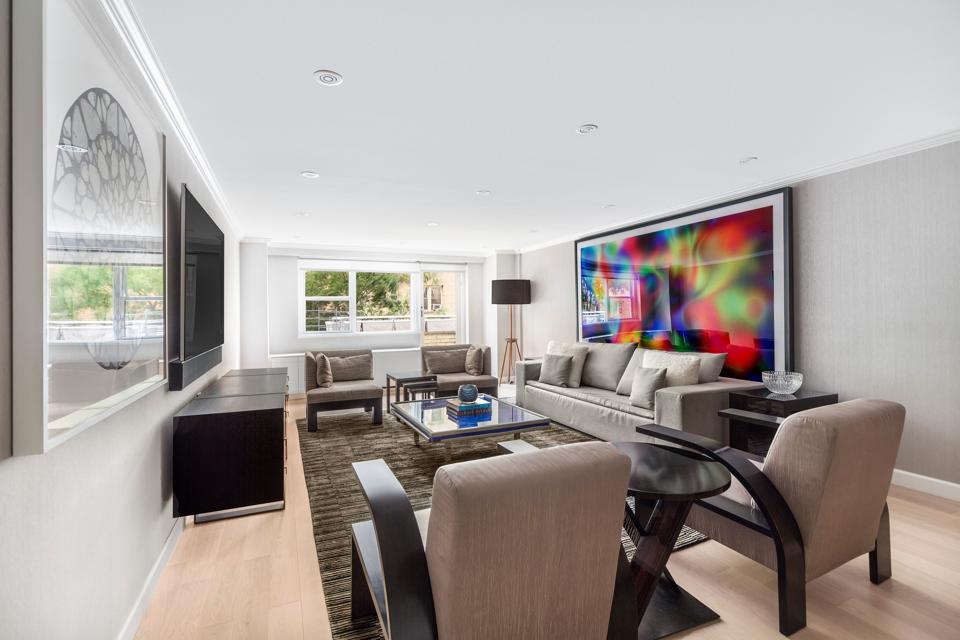 This renovated apartment in a Lenox Hill co-op received a $155,000 price-chop in November. 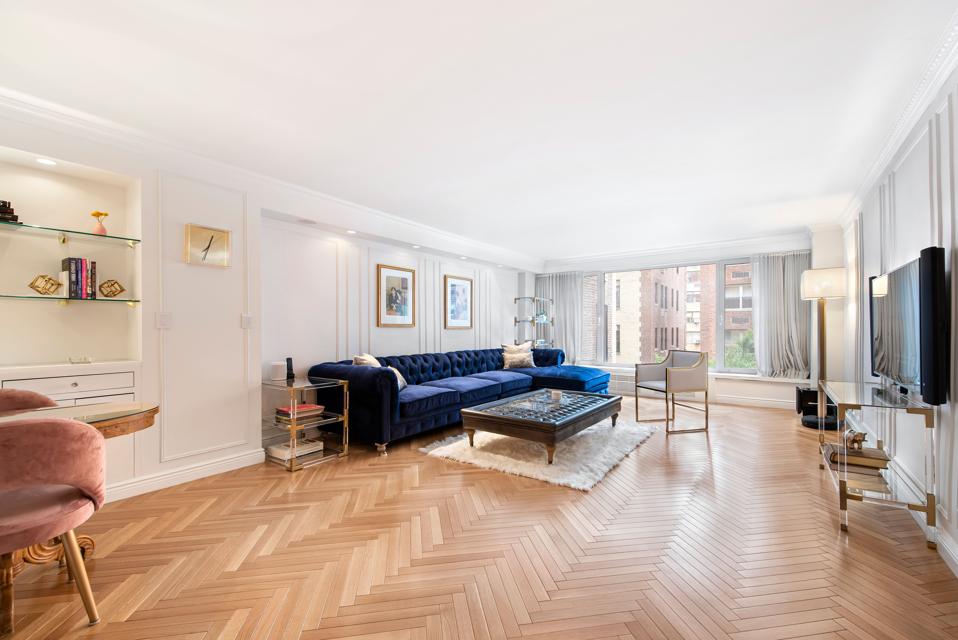 Since hitting the market in August, the Sutton Hill residence has seen its asking price dip by about 15%.