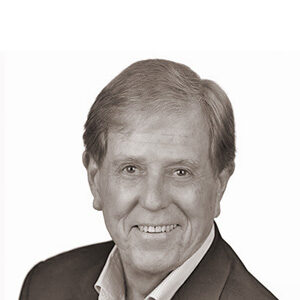 Steve’s love for houses and architecture, plus a powerful marketing background, has made him one of Austin’s most successful REALTORS®.
After 25 years working in major advertising agencies, Steve joined Moreland Properties in 2002. In his first year he was named “Rookie of the Year” and in 2006 was named “Top Producer” in the Lake Austin Office, Moreland’s largest office. Throughout his time in real estate, he has been a sales leader and a multi-million dollar producer.  In 2013, he was named winner of the Platinum Top 50 Realtors competition and was also named to the prestigious Elite 25sm,  a group representing the top 1 percent of all realtors in Austin.

A graduate of The Ohio State University, Steve worked in sales and founded and managed two companies while still in college. After graduation he moved to New York City and joined Ogilvy & Mather, a large multinational advertising agency. There he worked in various account management capacities creating advertising for clients such as Lever Brothers, American Express, Bristol Meyers, Mercedes-Benz, Cessna Aircraft, and Hershey Foods and was named one of the youngest Vice Presidents ever in Ogilvy.

After 10 years in New York, Steve transferred with Ogilvy to Mexico City as VP, Director of Client Services. There, along with another Creative Director, he led the agency. He was responsible for all account service, media and research departments and spearheaded new business efforts that helped the agency grow from 17th to third largest in Mexico. After three years there he returned to Ogilvy & Mather/Houston where he helped the agency win the Compaq Computer account and subsequently led that business.

Soon after his return to the States, he was recruited by GSD&M, one of the top agencies in the Southwest as Senior Vice President, Group Account Director. He led all marketing and advertising for Texas Tourism, The Texas Lottery, the “Don’t Mess with Texas” antilitter program, Lennox Heating and AC, Southwestern Bell and Pac Bell. Further, he helped create and lead Idea University, the agency’s in-house training program. He was also active in the agency’s new business efforts participating in and leading dozens of new business pitches and he was a member of the agency’s strategic leadership team that formulated the policies and strategic direction of the agency.

Steve enjoys extensive travel, particularly international travel. He is on the Board of Directors of Ballet Austin and the Advisory Board of ADRN (Austin Disaster Relief Network) where he has adopted various families displaced in recent disasters. He works with the homeless through Mobil Loaves & Fishes and is a member of Austin Ridge Bible Church. He is involved in numerous volunteer activities and mentors various men. He is married, has one daughter and two amazing grand kiddos.