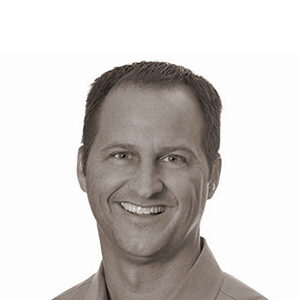 Welcome To Austin! If you're from here you already know that Austin is a place unlike any other in Texas. If you're not, you might be wondering what makes it so special? In Austin it's easy to find the best of everything…. music, food, and friendly people just to name a few of the great things about Austin. This city has a lot more to offer, however, finding the right home in a city where everyone wants to live can be quite a challenge. Selling a home here can be overwhelming as well. As a native Texan and Austin resident, Mike Hammonds can help with his vast experience and knowledge of the Austin Market.

As a former Rookie of the Year, Mike went on to become a multi-million dollar producer at Moreland Properties, winning their Top Producer Award in 2010 and 2014. Mike ranks in the top 1% of all Realtors in Austin, and has been an Austin Business Journal Top 50 Realtor Nominee 2010 through 2016. He was also honored as a Platinum Top 50 Finalist (an organization that ranks Realtors based on community service as well as their sales volume) for 2013 and 2015.

Mike's goal is simple – to provide superior service and always put his clients first. Mike has been in real estate since 2004 and continues to build his business on referrals from previous and present clients. He focuses on developing long lasting relationships, rather than just selling a home.

As the exclusive listing agent for “The Greene at Toro Canyon in Westlake,” Mike was responsible for marketing and selling 10 homes in this community priced from the $900's to over $1 million. He knows the high end market well, and was previously nominated for the Luxury Real Estate “Outstanding Rookie Award” Worldwide.

As an avid pet lover, Mike enjoys volunteering his time with the Austin Humane Society, taking the dogs on daily walks and giving them lots of social play time to prepare them for adoption. He finds this very rewarding and loves being able to give back to his community in a way that has such impact on other pet lovers. He also enjoys walking his own dog on the Town Lake Hike and Bike Trail every chance he gets.

In his spare time, Mike likes to play softball – he has played in a competitive league for 17 years. Last year his team was very proud to come in 2nd place in the 2014 World Series with almost 200 teams from US and Canada participating! Other favorite sports include snow skiing and tennis.

Mike Hammonds will help you find that perfect home or help you get the best offer when selling your home. Contact him today to chat about the wonderful world of Real Estate in Austin, Texas!