A titan of industry. A Hollywood starlet. A scandalous affair. An iconic movie. Many Los Angeles homes come with colorful backstories, but few tell a tale as legendary as the Hearst Estate in Beverly Hills.

Once listed for as much as $165 million, the iconic mansion is returning to the market at a reduced price of $89.75 million, according to listing agent Gary Gold of Hilton & Hyland. The new price reflects a transition by the property’s longtime owner, attorney-businessman Leonard Ross, who previously attempted to sell the palatial estate several times over the last two decades. 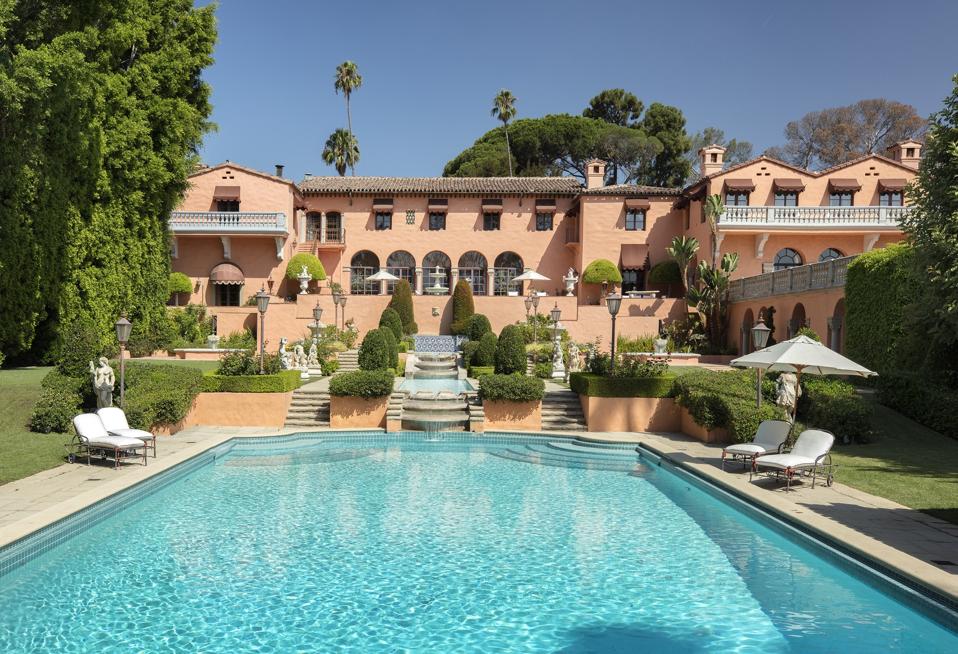 Originally built for local banker Milton Getz, the Gordon Kaufmann-designed mansion took a star turn decades ago when it was featured in the movie “The Godfather.” (Hilton & Hyland)

The pink-hued mansion on North Beverly Drive has always been an iconic property, but it gained a new level of recognition in 1919 when newspaper magnate William Randolph Hearst purchased it. It was at the Hearst Estate that Hearst and actress Marion Davies lived together during their 30-plus-year affair, and the home was later bequeathed to the Ziegfeld Follies headliner following the businessman’s death in 1951.

Adding another chapter to its history, the mansion is where Jacqueline and John F. Kennedy spent their honeymoon in 1953. The property later achieved Hollywood status in 1972 when it was used in the filming of The Godfather. 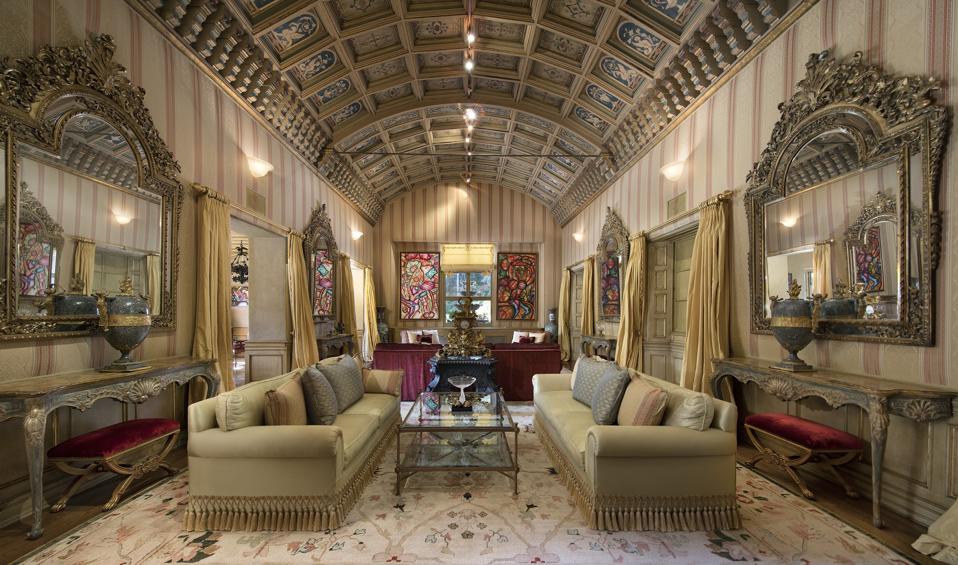 The mansion was designed by Gordon Kaufmann, the architect behind such landmarks as the Los Angeles Times building and the Hoover Damn, and completed in the 1920s. Built for local banker Milton Getz, the H-shaped mansion and its outbuildings total about 37,000 square feet in size with 24 bedrooms spread throughout the main house, guest house and staff quarters.

Carved and arched ceilings, paneled walls and period details are among the features of note. A billiard room holds a massive antique fireplace that was sourced from another of Hearst’s trophy homes—Hearst Castle in San Simeon, Calif. 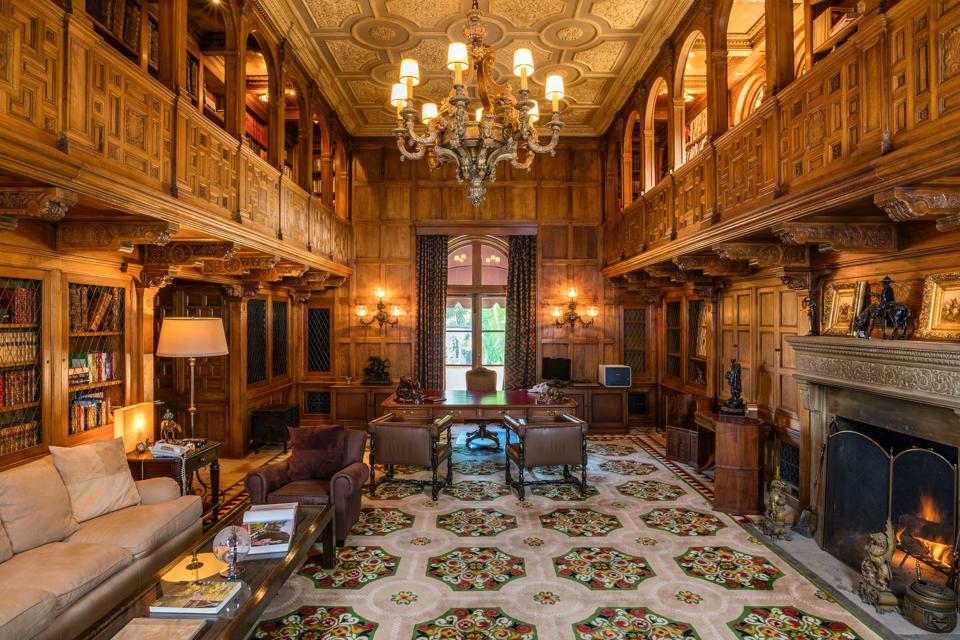 “There are ten legendary mansions on the Westside of Los Angeles—the most historic mansions that still exist—that are part of the same category as the Hearst Estate,” Gold said. “You rarely have the chance to buy something like this.”

Gold, who sold the Playboy Mansion five years ago, noted that estates in this ballpark generally hit the market with aspirational prices and end up sitting on the market for years before finding a buyer.

In the Hearst Estate’s case, Gold noted that the estate has been on the market before and is now priced to sell. 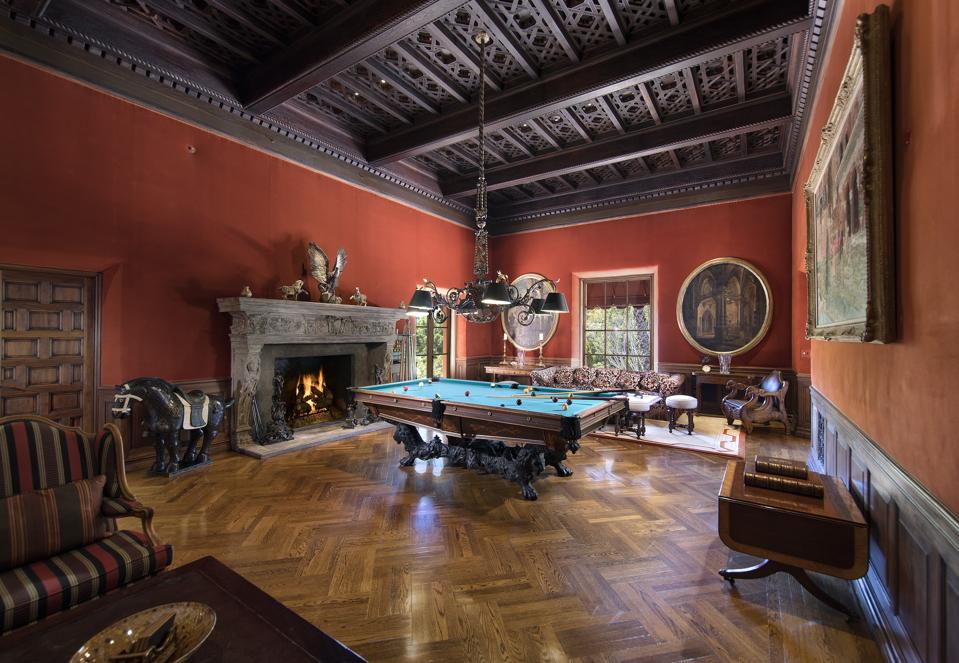 “It’s a great opportunity for someone interested in owning one of the greatest estates in Los Angeles,” he said.

The listing comes roughly four months after the sale of Owlwood, an iconic Holmby Hills estate formerly owned by actor Tony Curtis and, later, singers Sonny and Cher. The 10-acre trophy property bounced on and off the market for more than a decade, listing for as much as $180 million, before selling in late December for $88 million.

“We’ve seen some recent sales over $70 million, including a couple of properties that recently sold off-market. But even those homes have been shopped for a long time,” Gold said. “[The Hearst Estate] has already been through the cycle; this is a sale that will happen.” 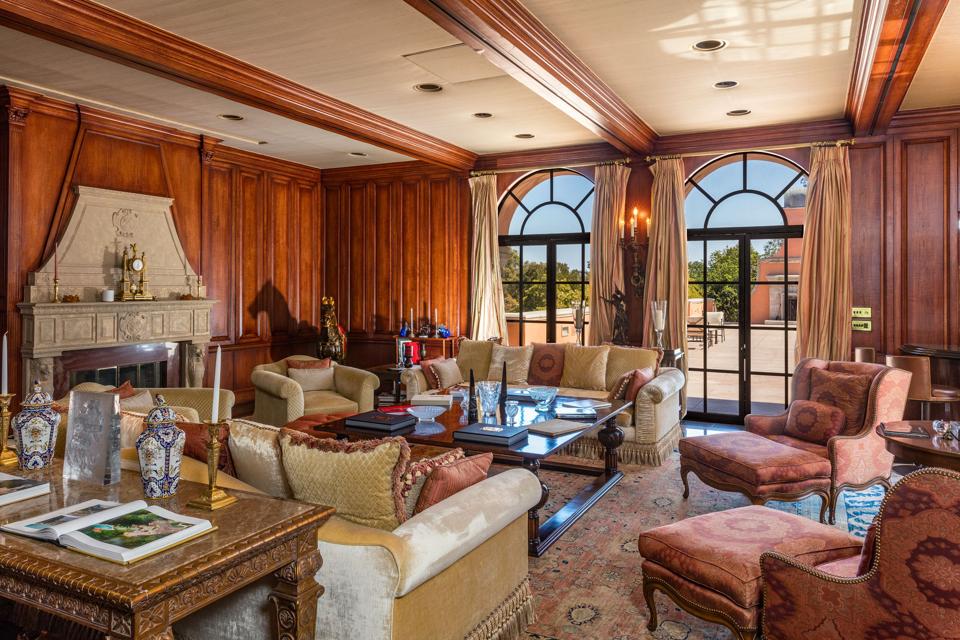 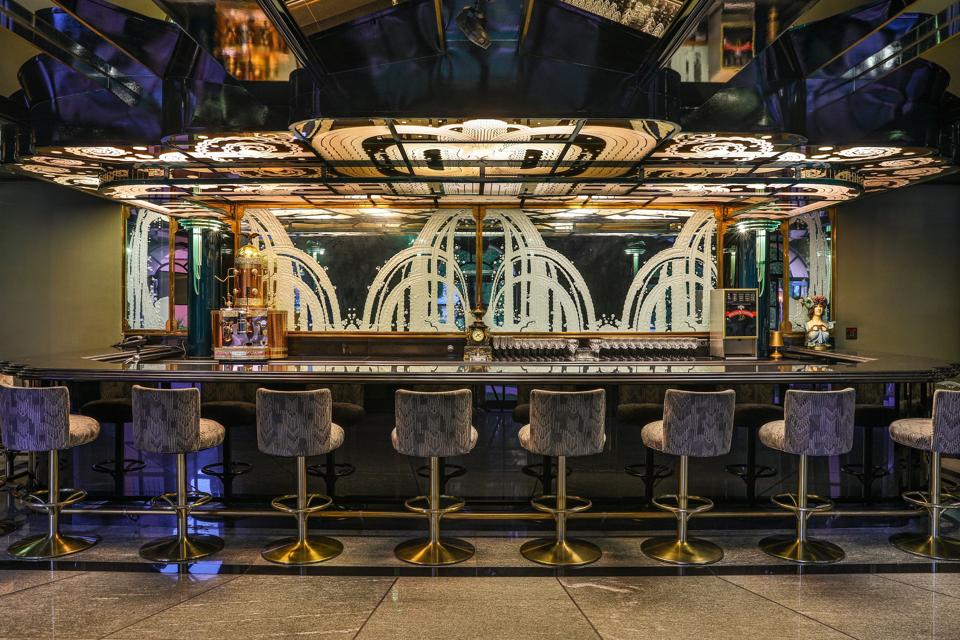 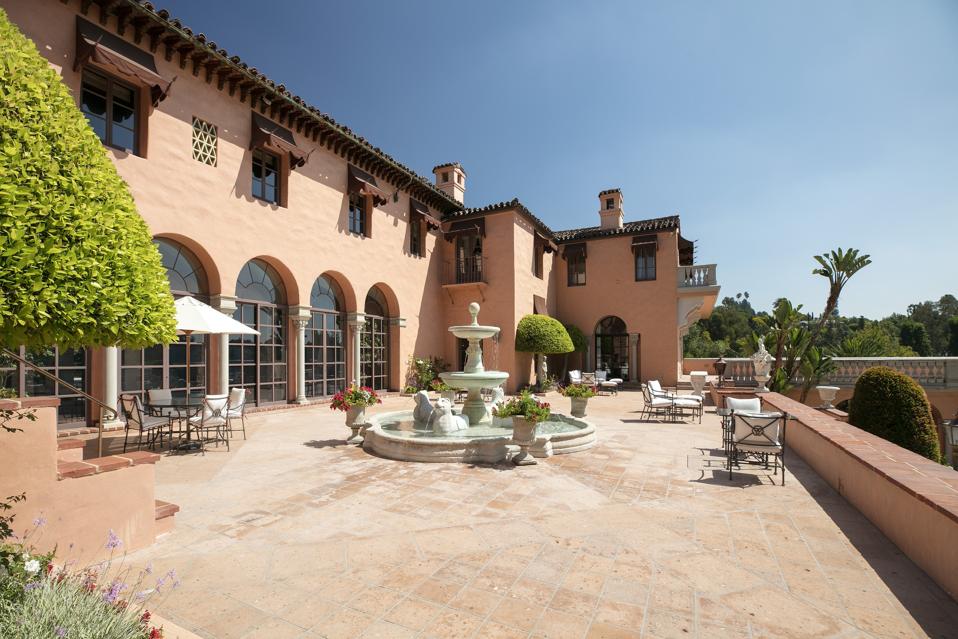 The 37,000-square-foot compound is one of ten legendary mansions in Los Angeles, according to listing agent Gary Gold. (Hilton & Hyland) 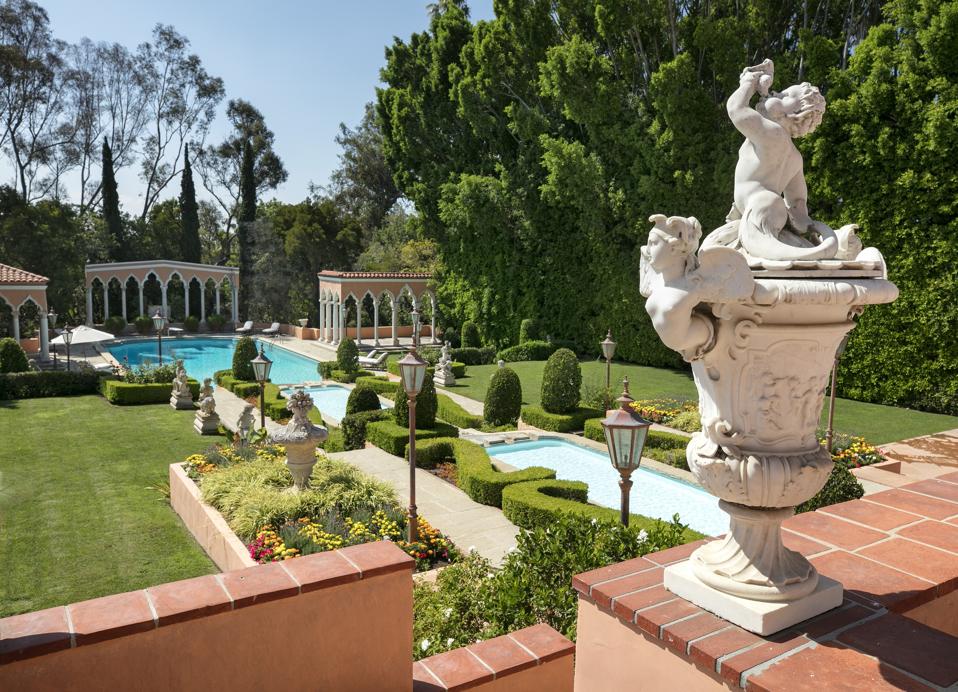 A view of the gardens and swimming pool at the Hearst Estate in Beverly Hills. (Hilton & Hyland) 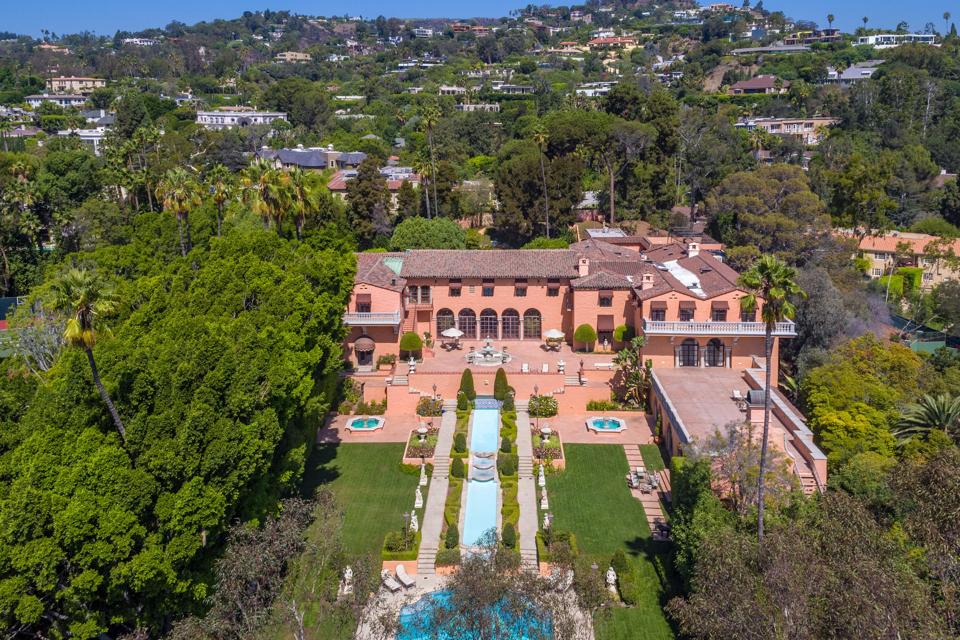 An overhead view of the Hearst Estate in Beverly Hills. (Hilton & Hyland)