Andrew Rayner and Robin Rayner have lived a life most people only dream of: They spent ten years living aboard a sailboat, circumnavigating the globe. Of all the places they visited, one topped the list. “Hawai‘i drew us in, seeming to offer an unequaled compromise between the mid-ocean joy of unpolluted air and water, and the conveniences of American technology and commerce,” Andrew says.

So, after a decade at sea, he and Robin decided to settle ashore in Hāna. And why did they choose the remote East Maui community? “Hāna had everything we sought: A vibrant community, an unspoiled ‘āina (land), a wonderful climate, no light pollution to spoil enjoyment of the night sky, no traffic signals or parking meters, no real need to lock one’s house or car. Six lovely little beaches, too, and fresh pelagic fish from our fishermen. And, with dependable rainfall, everything tropical grows.” 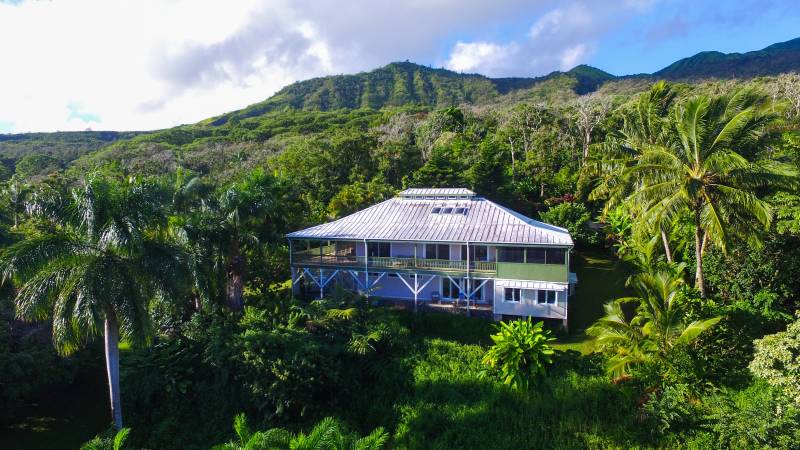 The Rayners were drawn to the 10-acre estate, which features spectacular mountain and ocean views. (Hawai’i Life)

Robin, too, was instantly captivated. “I wanted something slower, more gentle—a close-knit community where people look out for one another and a small town connected to nature,” she explains. “I had developed a fascination with the people and culture of Oceania and was delighted to find that culture alive and well in Hāna.” In fact, the first time she visited Hāna, Robin recalls, “It hit me hard: ‘Here is the place I have been looking for, here is the place that resonates with me.’ I am not unusual. Many people who land in Hāna have a similar feeling of finding their place.”

She and Andrew found something else there, too: A sprawling ten-acre estate with jaw-dropping mountain and ocean views. Like Hāna itself, Robin says the sanctuary-like property ticked all the boxes. “There are no other houses visible or even close to this house,” she says. “It all felt very serene.” And it also had a lot of possibilities. “The house was very well-built with ‘good bones,’” she says. “It offered me, as an architect, an opportunity to improve it and make it more my own, which I was eventually able to do.” 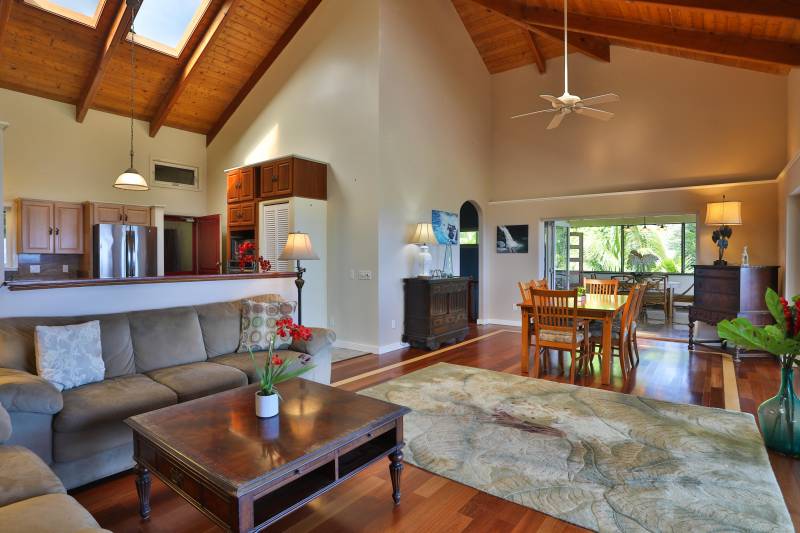 Today, the recently renovated, two-story plantation-style residence (130 Kalo Rd) has all the trimmings, including vaulted ceilings, ample windows and skylights, lustrous marble and wood flooring, 2,400 square feet of lānai space, and sweeping views from every room. Lofty and light-filled, the home’s second story is composed of a well-appointed kitchen, generously sized living and dining areas, an office, two bathrooms, a library-slash-study, master bedroom, and a covered lānai. Downstairs, there are two guest suites and a private lānai. 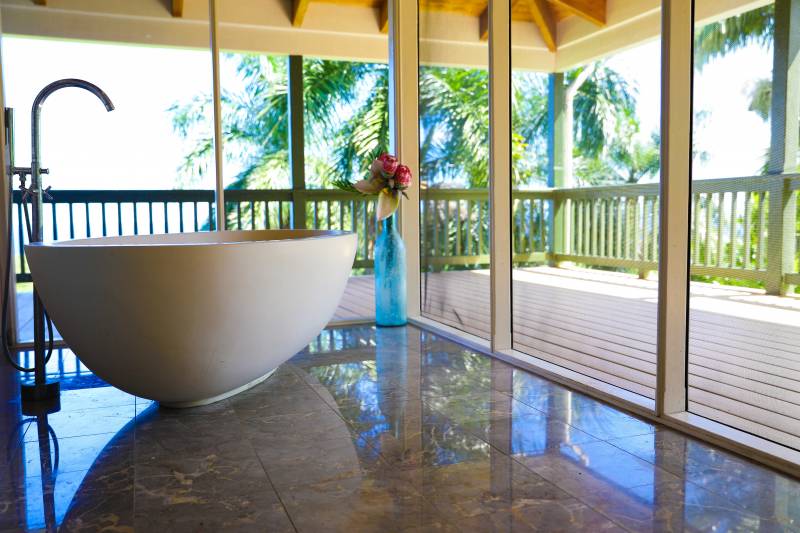 Walls of windows look onto a covered lanai. (Hawai’i Life)

Designed with Nature in Mind

Thoughtfully designed inside and out, the home has a thermal chimney that draws warm air up and out of the house to maintain an ideal internal temperature. This, coupled with East Maui’s gentle trade winds, eliminates the need for air-conditioning or ceiling fans. It also has its own 15,000-gallon rainwater catchment system, as well as solar water heating and a photovoltaic system. “It’s pretty self-contained,” Andrew says. “Yet it has grid supply, a water meter, phone and cable, all brought in underground, to ensure the supply of the vital services.”

Something else that’s never in short supply? Privacy. The gated seaside property affords plenty of it. A quarter-mile-long driveway leads to the house, while a separate driveway leads to a detached two-bedroom, one-bath cottage at the other side of the property; the cottage has its own yard and parking area. 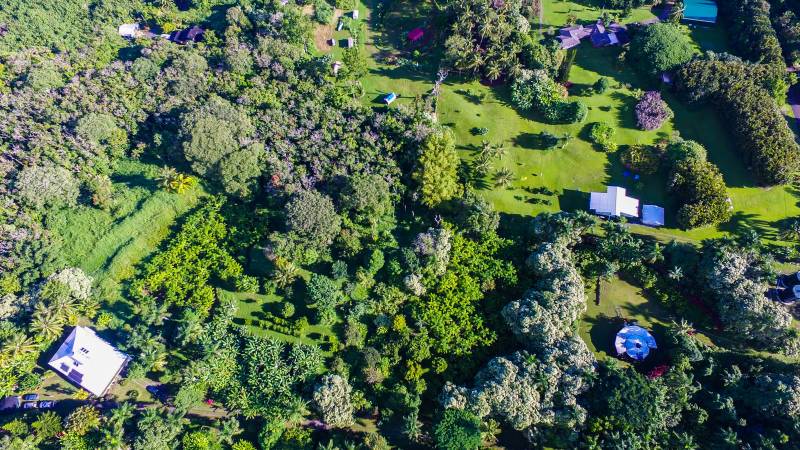 An aerial view of the Hana compound.

Robin and Andrew say there are many delights in store for the home’s next owner. Among them: Salt-tinged breezes, cheerful birdsong, soaring owls, whale sightings, and never-ending patterns of clouds. 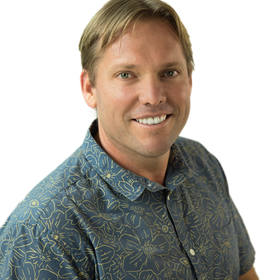 Josh Jerman is a REALTOR Broker with Hawai'i Life. You can email him at [email protected]
Twitter