While some potential Santa Monica homebuyers may be waiting for the red-hot housing market to show signs of cool before purchasing a property, luxury real estate experts in the know believe that prices will only continue to heat up in 2021.

To get an idea of what’s been happening in Santa Monica’s housing market, I recently spoke with Bjorn Farrugia of Hilton & Hyland, who specializes in the wealthy Westside pocket and its surrounding areas. The Australian-born real estate agent and his business partner, Alphonso Lascano, closed over 40 deals last year, including a bevy of high-priced transactions in Santa Monica and the sale of NBA superstar Russell Westbrook’s Los Angeles-area home. He recently shared his thoughts on luxury housing in Los Angeles and a Santa Monica real estate market that has remained red-hot.

NL: You closed a lot of deals last year on the Westside. What buying trends did you see at the beginning of the pandemic? 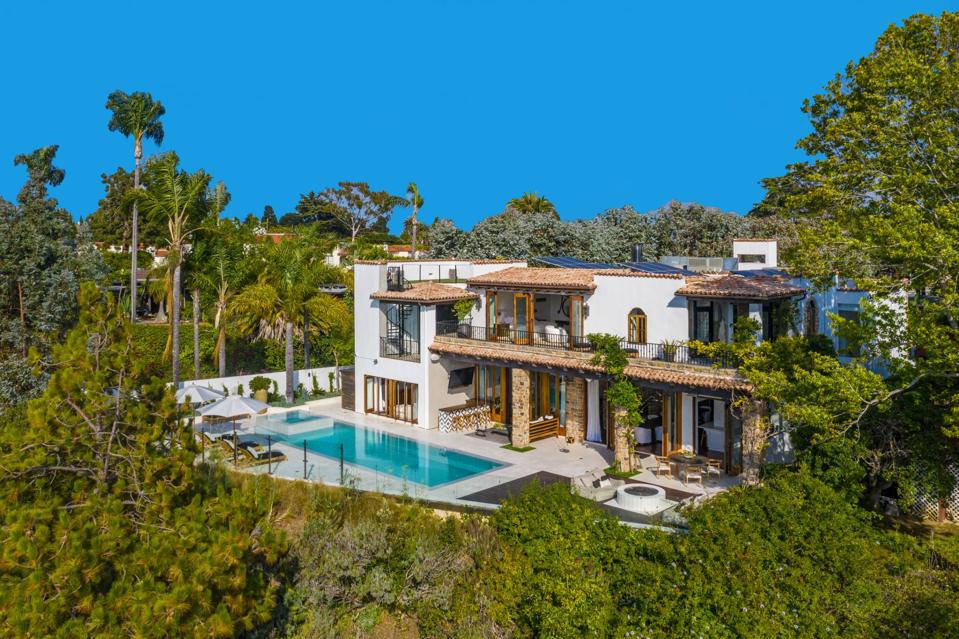 Farrugia represented the buyer of the Spanish contemporary home on Adelaide Road that sold in November for $8.482 million. (Hilton & Hyland)

NL: Was there a turning point?

BF: After July, the Westside market just got super hot. People from Boston, New York and San Francisco came to Los Angeles to get out of congested cities. People that have wealth, they want land, they want space, they want area, and so we saw a lot of deals in Bel-Air. Brentwood, Santa Monica, Pacific Palisades and Malibu were also really hot.

The Malibu market, in particular, is on fire right now because people want to be away from other people, they want land and space. For $20 million, if you live in New York, you can live like sardines right on Park Avenue. In Malibu, you can have an ocean view and an acre. It’s a different way of living.

NL: How did the pandemic and the shift in market dynamics change the way you sell luxury real estate?

BF: It was interesting because when things went sideways, people started sitting on their hands and some agents considered getting out of the business. But I looked at it like ‘what’s the opportunity within the opportunity?’. The health and well-being of my community and family are my No.1 concern but instead of waiting and figuring it out, I tried to get ahead of it. 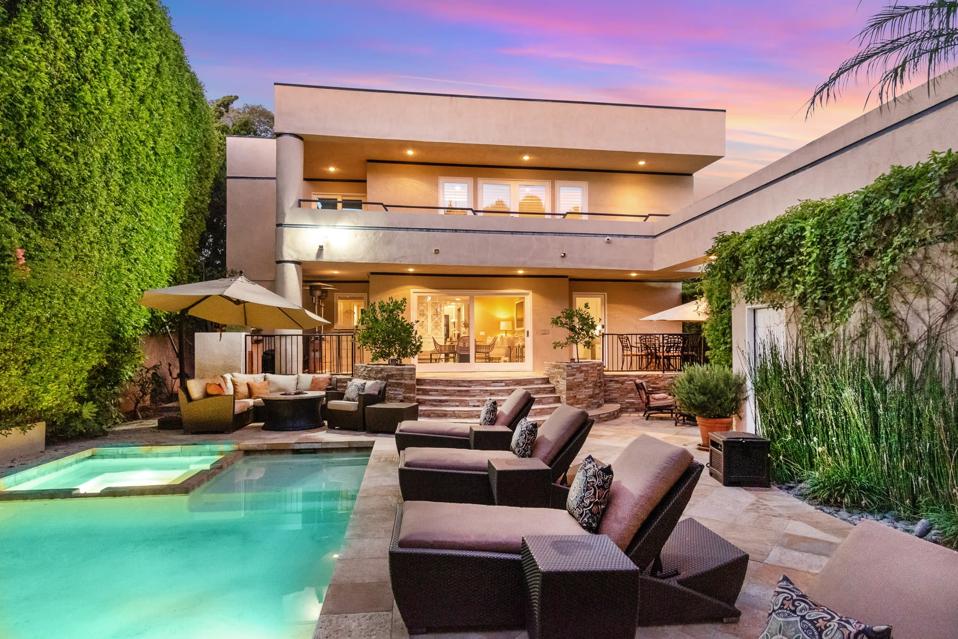 For homes in Santa Monica’s North of Montana neighborhood, entry-level properties start in the $4-million range. This turn-key compound with a swimming pool at 470 19th Street is listed for $5.249 million. (Hilton & Hyland)

BF: The building code changed last year in Santa Monica, in terms of what you can build. That changed the value of what a piece of land is worth. For an entry-level property in the North of Montana neighborhood, a little house, that’s in the $4-million range now. In the high-end, there was a glut in the market between February to August and only one sale north of $6 million. Then in September, there were 5-6 sales over $6 million. The market is highest for new construction; new construction properties keep going up.

NL: Properties in North of Montana always seem to be in high demand. What does the market look like there?

BF: There are three markets in North of Montana. The first market is under $4.5 million, and those are for teardowns and entry-level homes that generally sell within the first 7-15 days on market.  Then there’s the in-between market of properties between $4.5 million and $6.5 million that consists of largely older homes, older design with a little bit of quirkiness but with a lot of square footage. Finally, you have the $6.5 million to $9 million market, which is generally newer construction with a lot of square footage but not a lot of land. 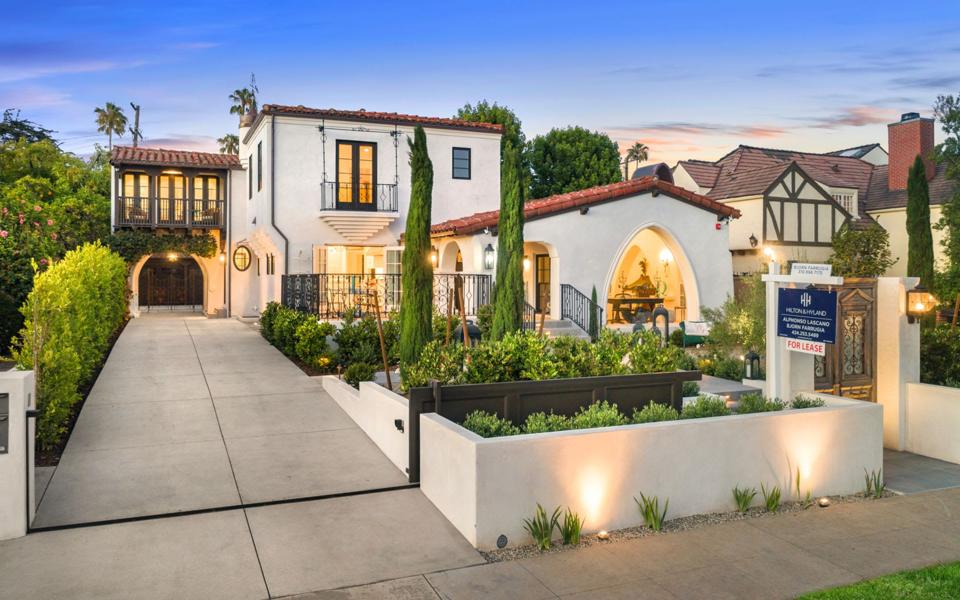 New construction and move-in ready properties such as 211 17th Street, listed for $5.85 million, have been in high demand since the onset of the COVID-19 pandemic. (Hilton & Hyland)

NL: What’s the most exclusive area for real estate in Santa Monica?

BF: Not a lot of houses ever come up for sale west of 7th Street to Ocean Boulevard, and there are only 270 or so homes in that area. That’s probably the most prestigious area in Santa Monica.  Small lots start at about 11,000 square feet, so the properties are bigger. The streets are wider; it has a little more cachet. In the last ten years, I’ve probably sold 5 of the 10 homes that have come on the market there. In 2019, I sold a piece of land there, a 22,00-square-foot lot, for about $9.25 million, and that’s just for the dirt.

BF: The 401 Ocean Bluff project on Ocean Avenue is definitely one to keep an eye on. It’s a legacy piece of real estate — in the last 20 years, there has been very little new development in this area. The project is being developed by Mark Tabit and family and centers on a landmark building designed by noted architect Robert Farquhar that has been divided into two residences. Plus there’s an exclusive modern complex of 3,000-4,000-square-foot condominiums, each with rooftop decks, private jacuzzis and ocean views. There’s nothing like this product right now in Santa Monica. 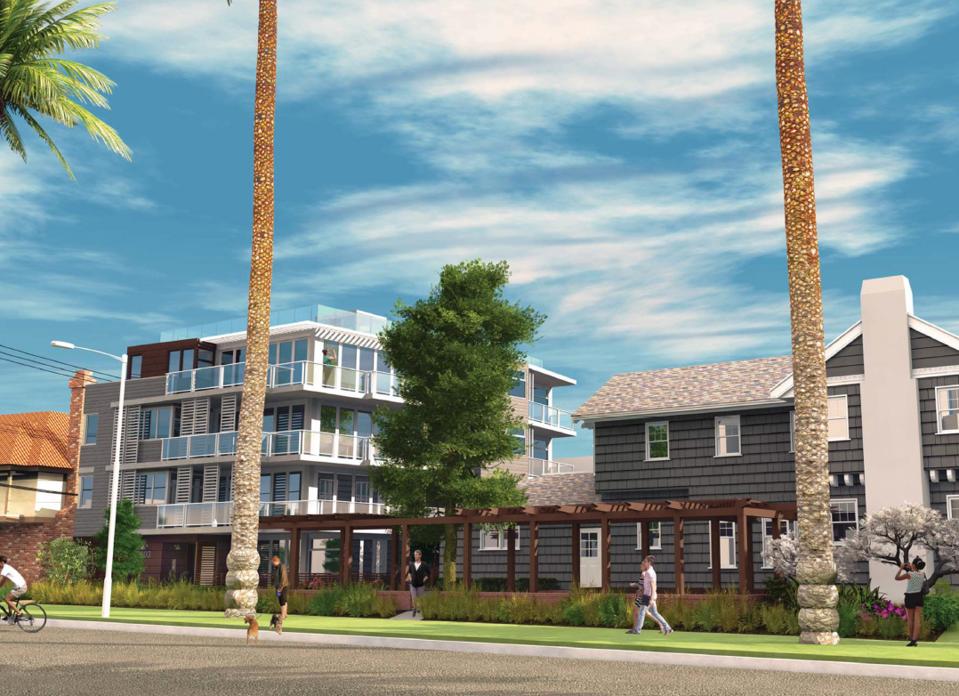 NL: What is your outlook for Santa Monica’s real estate market in 2021?

BF: The average square-foot price has gone up since 2019-2020. In 2021, the trend is that there are 2,400 homes North of Montana, and there are a lot of people looking, a lot of people moving to the area. It has great schools, great weather and a great community, and people want to be here. The issue is there’s a shortage of inventory; however, for someone who can get into the market now, I think it’s only going to go up.

When the market bottomed out in the late 2000s, the North of Montana market only went down only 6.6% whereas Brentwood and Pacific Palisades went down 20-30%. This area, historically, is very recession-resistant.