Ultramodern Mansion Concept In Hawaii Aims For A Record $78 Million

Paul McClean of McClean Design has designed some of Southern California’s most spectacular ultramodern mansions, but a new concept for a sprawling oceanfront compound on Hawaii’s Big Island may be the architect’s most ambitious project yet.

The sprawling nine-bedroom mansion concept, for which architectural plans have been approved, is part of the latest estate offerings at the Kaupulehu, an exclusive luxury community on Hawaii’s Big Island. The proposed compound would total more than 29,000 square feet of size across three contiguous lots overlooking the ocean. 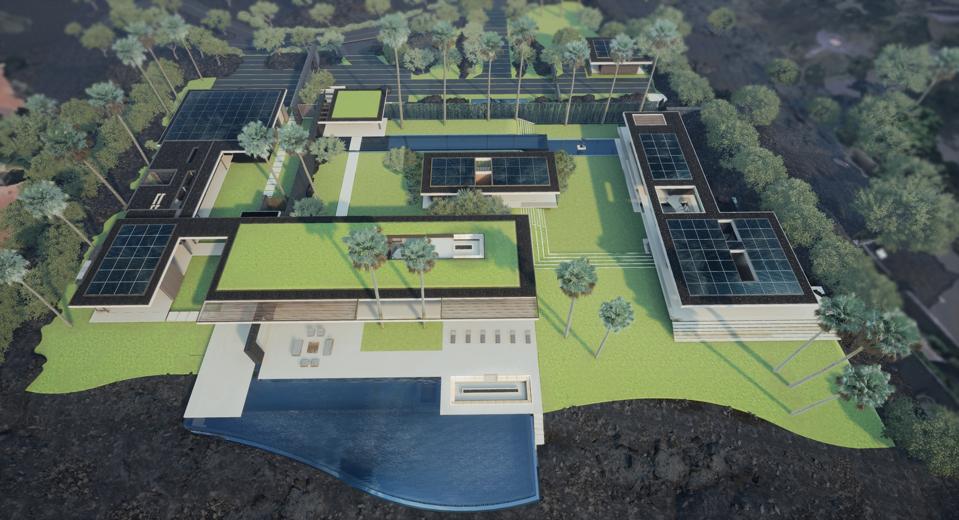 The three graded-to-pad oceanfront lots hit the market in March and can be purchased individually as one- or two-parcel properties for $12.5 million or $22.5 million, respectively. Building costs for the McClean-designed residence, which would include a two-story accessory structure, a garage and a custom swimming pool, are estimated at $43.86 million, bringing the total cost to build to $78 million.

Listing agent Carrie Nicholson of Hawai’i Life said that she envisions the latter scenario, where one buyer buys both lots, citing the rarity of property in terms of size and exclusivity. Building in the Kaupulehu neighborhood is limited to just 80 homesites—with only 20 of those lots having ocean frontage. In addition to a private beach club, Kaupulehu residents enjoy access to an on-site dining lanai, bar area, swimming pool and clubhouse.

Plans for the compound include a main house of more than 18,000 square feet as well as a two-story accessory structure and a garage. (Hawai’i Life)

In other words, it’s not every day an estate offering such as this comes available.

“Kaupulehu is one of Hawaii’s most exclusive oceanfront luxury residential communities,” Nicholson said. “These three direct oceanfront lots are incredibly special and rare.”

Adding the McClean pedigree to the mix only enhances the offering. 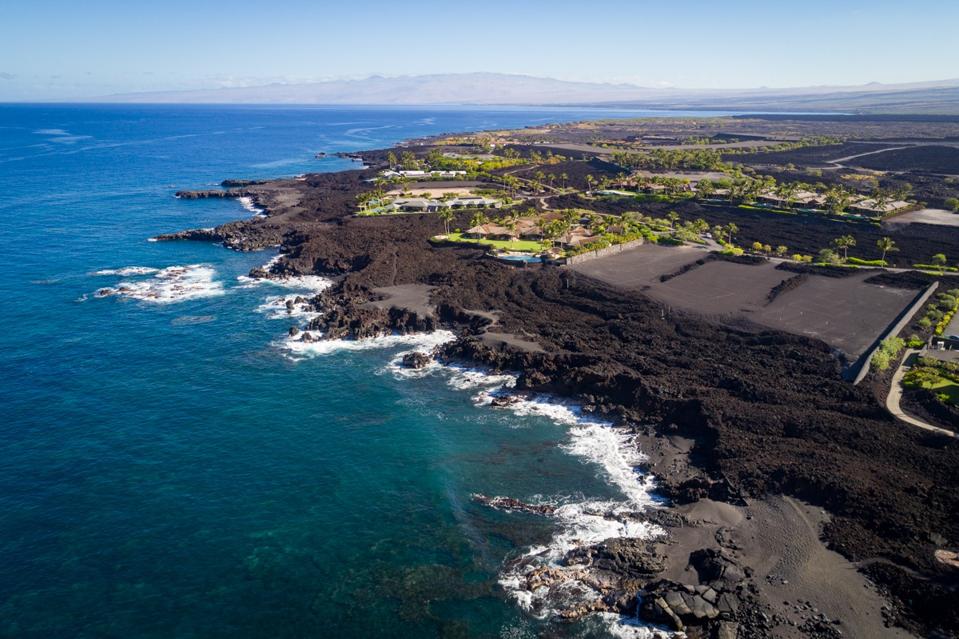 The three lots are divided between one- and two-parcel estates that can be purchased individually for $12.5 million or $22.5 million, respectively. (Hawai’i Life)

When it comes to the ‘who’s who’ of speculative development in Los Angeles, there are few names bigger than McClean Design. Over the last decade, the architect has been a force in the high-end residential scene, designing modern megamansions that regularly command eight- and nine-figure prices on the open market.

Two of his most recent projects—a pair of side-by-side contemporary mansions in Beverly Hills, hit the market in January for a combined $35.4 million. There’s also “The One,” a McClean-designed 100,000-square-foot gigamansion in Bel-Air that recently debuted on the market for a whopping $340 million.

The McClean-designed concept at Kaupulehu would cost about $43.86 million to build. (Hawai’i Life)

Should the Kaupulehu concept sell for $78 million, it would rank among the most expensive homes McClean-designed homes sold in the United States. In Hawai’i, where the previous highest residential sale is reportedly around $46 million, it could set a price record for the state. 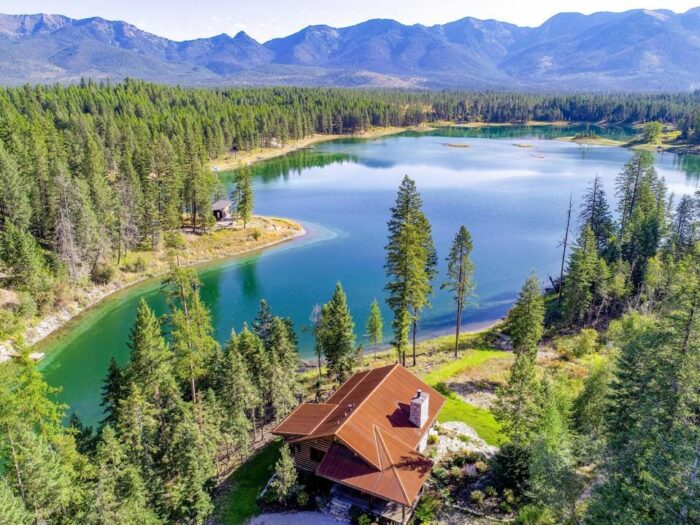 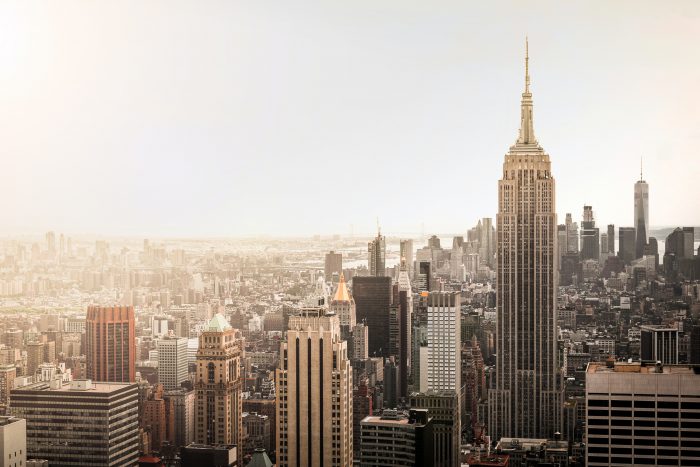