The La Jolla home of one of the most recognizable voices in sports broadcasting, the late Dick Enberg, has found a buyer for $7 million.

Enberg and his wife, interior designer and philanthropist Barbara Hedbring, built the Mediterranean-style house in 2004, and she filled it with architectural pieces — many scoped out while on trips to France, where they often vacationed.

“This is an incredibly special and notable property within La Jolla based on its architectural features and prominence but, more importantly, due to the late and great Dick Enberg’s ownership,” says Willis Allen Real Estate’s Tim Nelson who, with his brother Drew Nelson, represented the buyers. “The pride with which he and his wife meticulously designed and built the house resonates throughout every little detail.”

Heavy oak doors from France open to the 8,576 square feet of interiors. Embellished with ironwork, one of the doors still has a World War I bullet lodged in it. Limestone floors, wood-clad walls and reclaimed brick ceilings are among other architectural details. 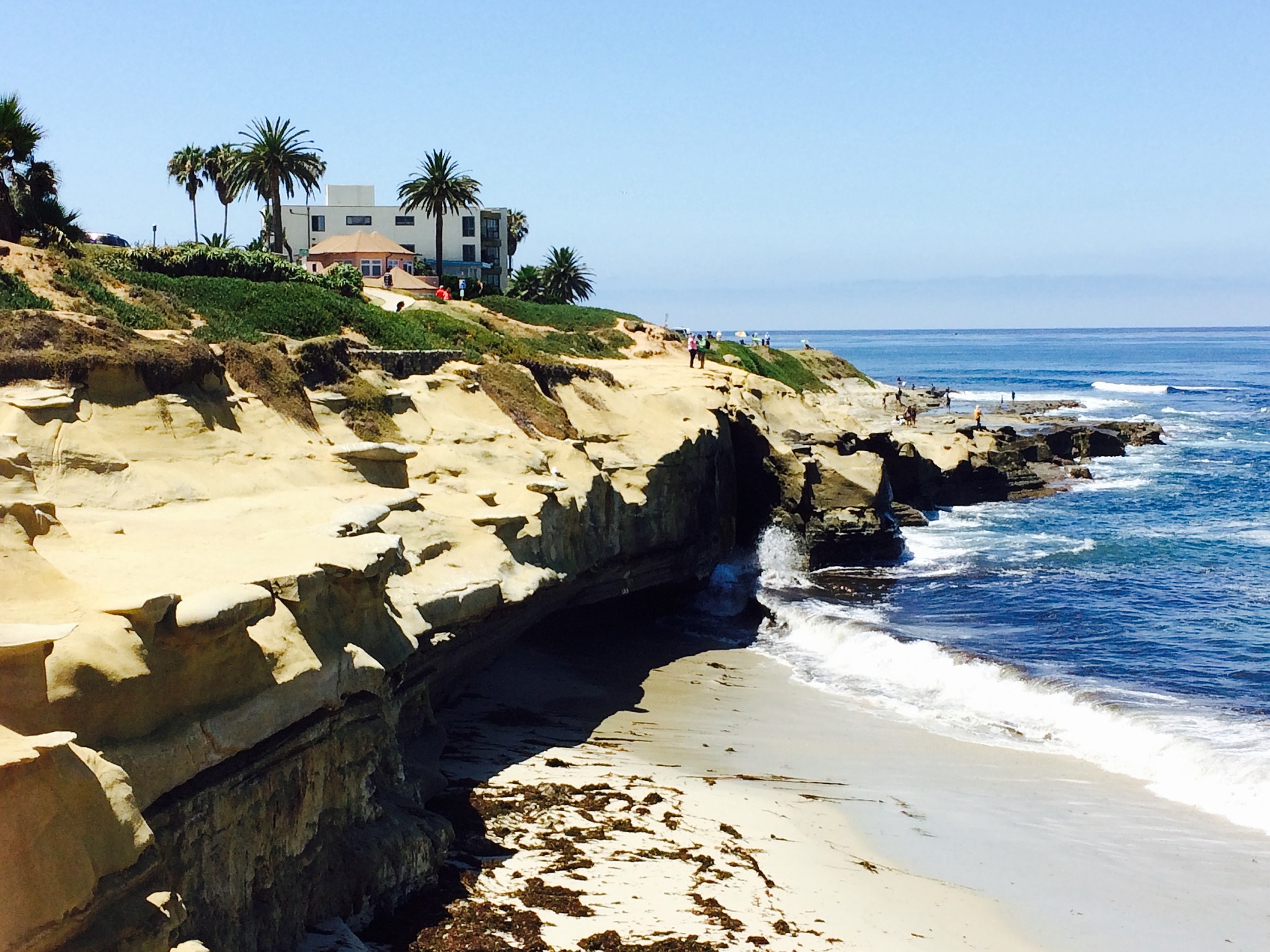 La Jolla has seen housing prices spike during the pandemic, and the market is showing no signs of slowing down in 2022.

A sweeping staircase with iron railings sits off the living room, which has a beamed and embellished ceiling.

The dining room opens onto an ocean-view terrace, an outdoor kitchen and a swimming pool with a spa. A stone wall in the space came from a field in France.

Enberg’s one request was that they have a wine cellar. The vaulted tasting room is reached by way of a winding staircase and can store more than 3,000 bottles.

In a salute to Enberg’s 60-year career, Hedbring filled the wood-paneled media/rec room and bar with sports memorabilia. The TV voice of the Padres from 2010 to 2016, the play-by-play announcer worked for NBC, CBS and ESPN at various times covering such sports as basketball, football and baseball.

Two offices, a gym, an art room, five en-suite bedrooms and three half-baths are among other living spaces.

The third-of-an-acre property has motor court and a four-car garage.

The sale reflects the continued vitality of La Jolla’s residential real estate market, Tim Nelson says. “As we enter what is historically a slower time of the year, we believe that the continued strength of economic fundamentals will facilitate both strong sales numbers and some new inventory coming to market, both of which will have a positive effect of continuing this stable market.”