The Best Places To Buy Luxury Homes In Las Vegas, Nevada, In 2022

Luxury homes in Las Vegas and Nevada at large continue to attract more buyers due to what some luxury homebuyers see as a better value for your money, particularly money spent on bigger, top-end real estate.

Property agent Anthony Spiegel of The Ivan Sher Group, one of Nevada’s leading brokers, recently shared that about $4 million provides buyers with more choices for a luxury home in Las Vegas than in California.

A study showed that 89 of the 127 priciest ZIP codes in the U.S. belonged to the Golden State. Atherton in San Mateo County ranked as the most expensive with a median home price of more than $7.4 million.

If you plan to buy a luxury home in Las Vegas in 2022, start with the best neighborhoods before anything else. From master-planned communities to the apex of high-end living, here are the best places to own a luxury house in Nevada. 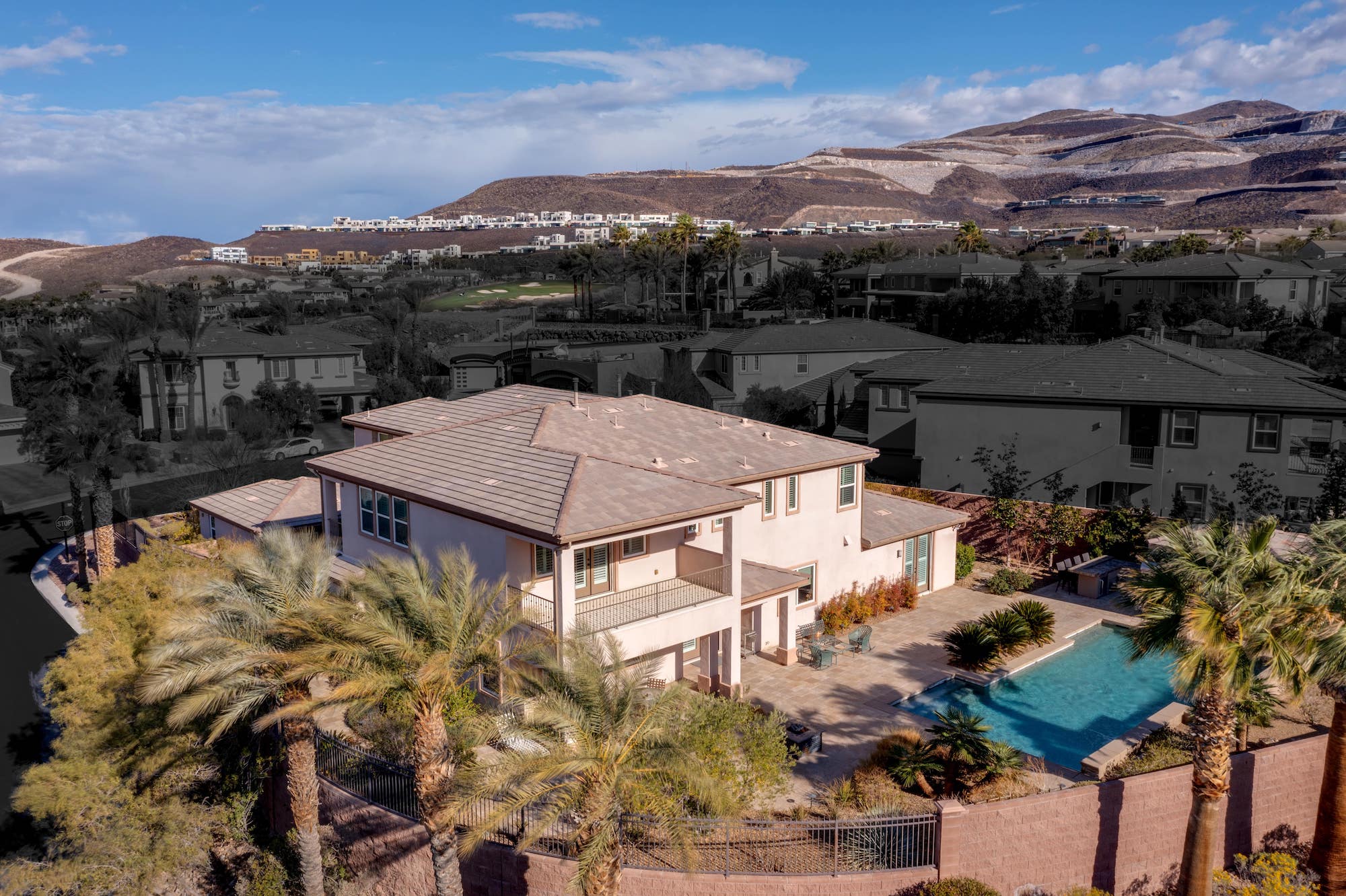 Stunning homes like this property at 1388 Quiet River are indicative of the Henderson lifestyle. (Ivan Sher Group)

Mild weather, outdoor activities, and proximity to dining and shopping districts convince buyers to settle in Henderson. Many are unaware, however, that the city is more than just a luxury home destination.

Forbes has ranked Henderson among the safest cities in the U.S. over the years. In 2011, the city ranked only behind Plano in Texas. Henderson landed in third place in 2022 behind Honolulu in Hawaii and Virginia Beach in Virginia. 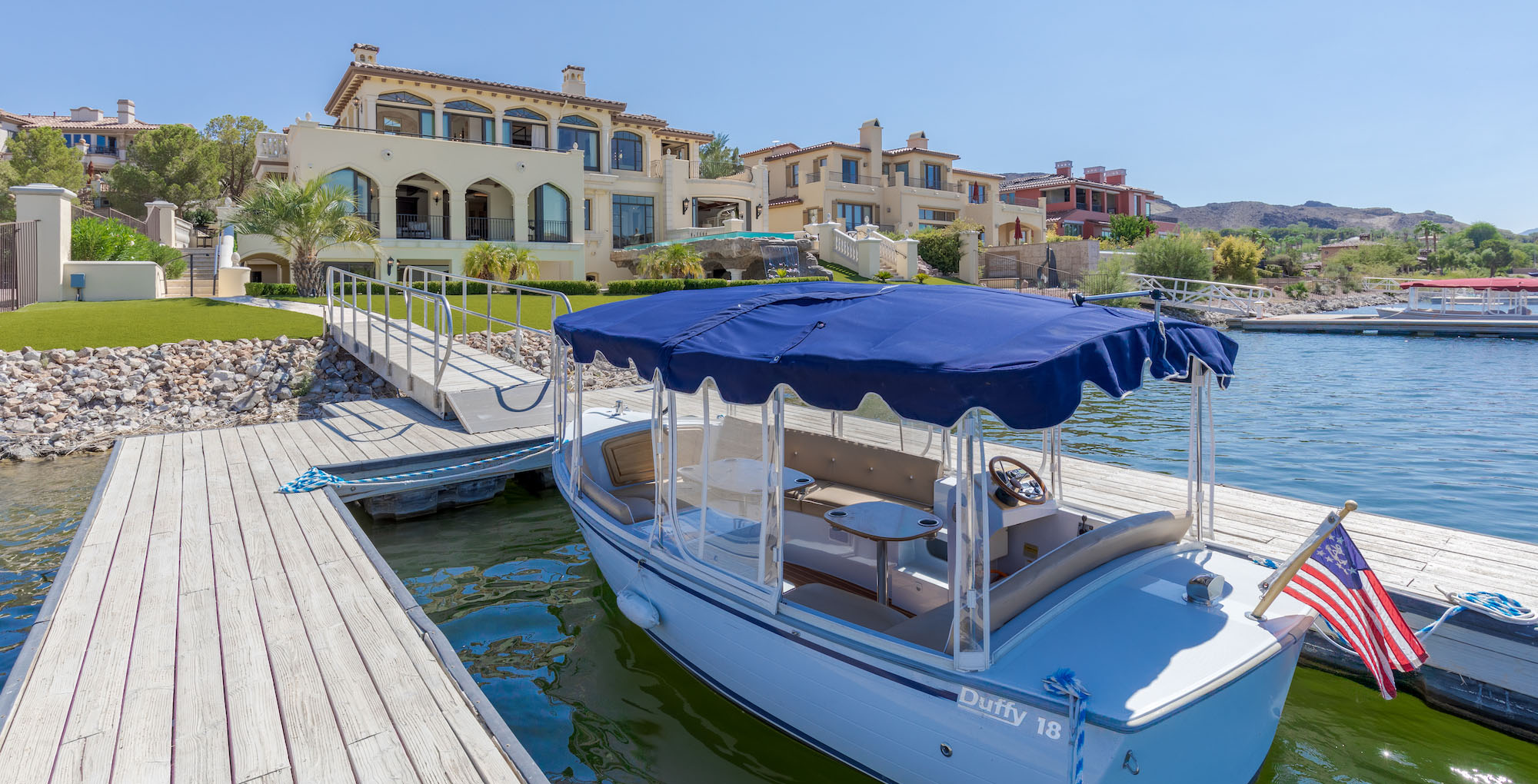 One of the most common misconceptions about Lake Las Vegas is the community’s distance to luxury amenities. On the contrary, the community has thrived as a waterfront neighborhood surrounding a 320-acre lake. 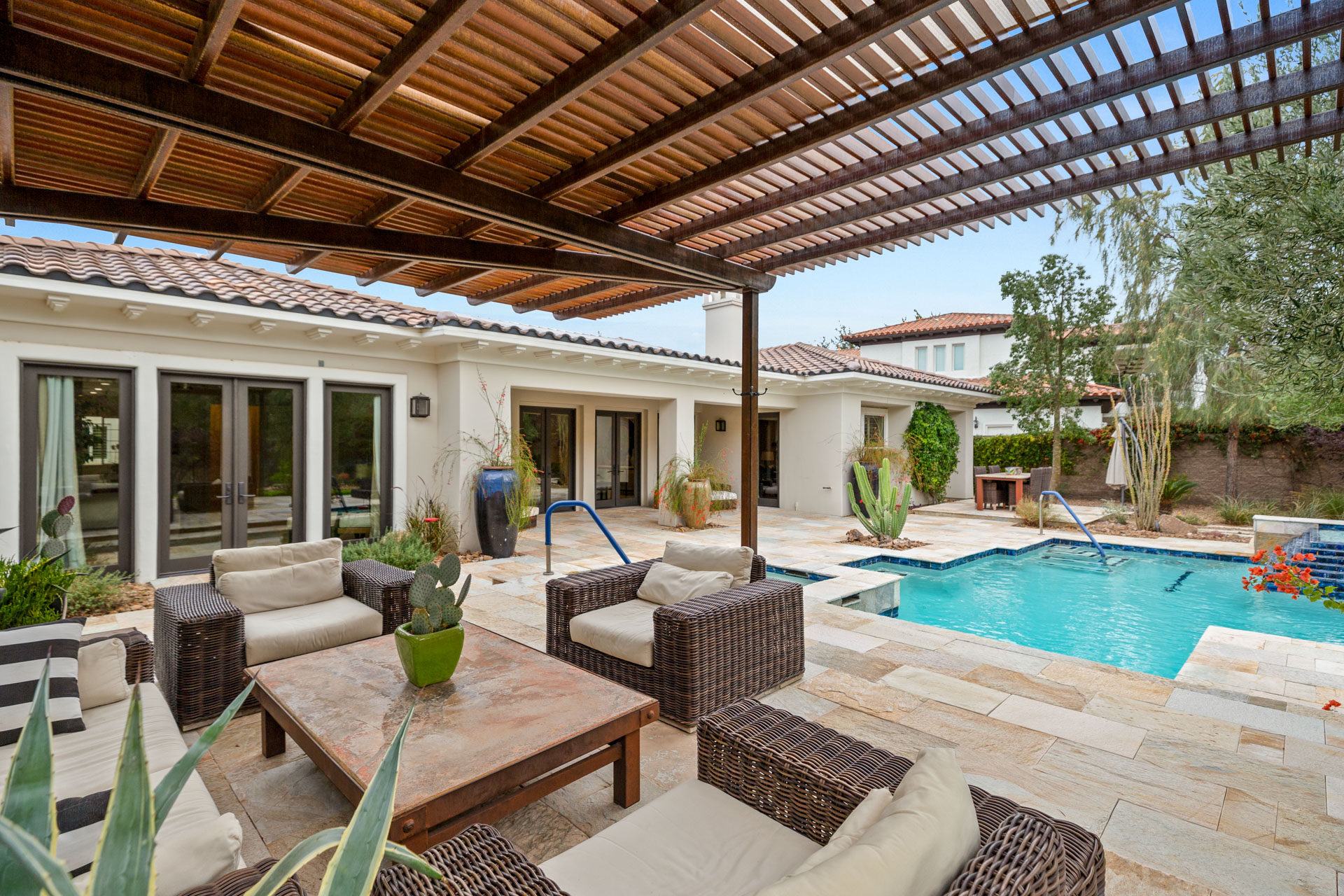 Southern Highlands, though, is best known for being one of the richest communities in the U.S. Residents have an average household income and net worth of $100,000 and almost $580,000, respectively.

Affluent residents, therefore, look for the finer things in life. Southern Highlands meets almost every element of a luxurious lifestyle.

For example, a $3.1-million home at 11887 Oakland Hills Drive brings luxury to a new level with a custom entry and separate casita.

Aside from being near recreational amenities, Southern Highlands’ location near I-15 allows you to reach the Las Vegas Strip in less than 20 minutes.

Sports stadiums such as Allegiant Stadium and T-Mobile Arena also take the same time. If you need to travel by air, you can reach the McCarran and Henderson airports in less than 15 minutes. 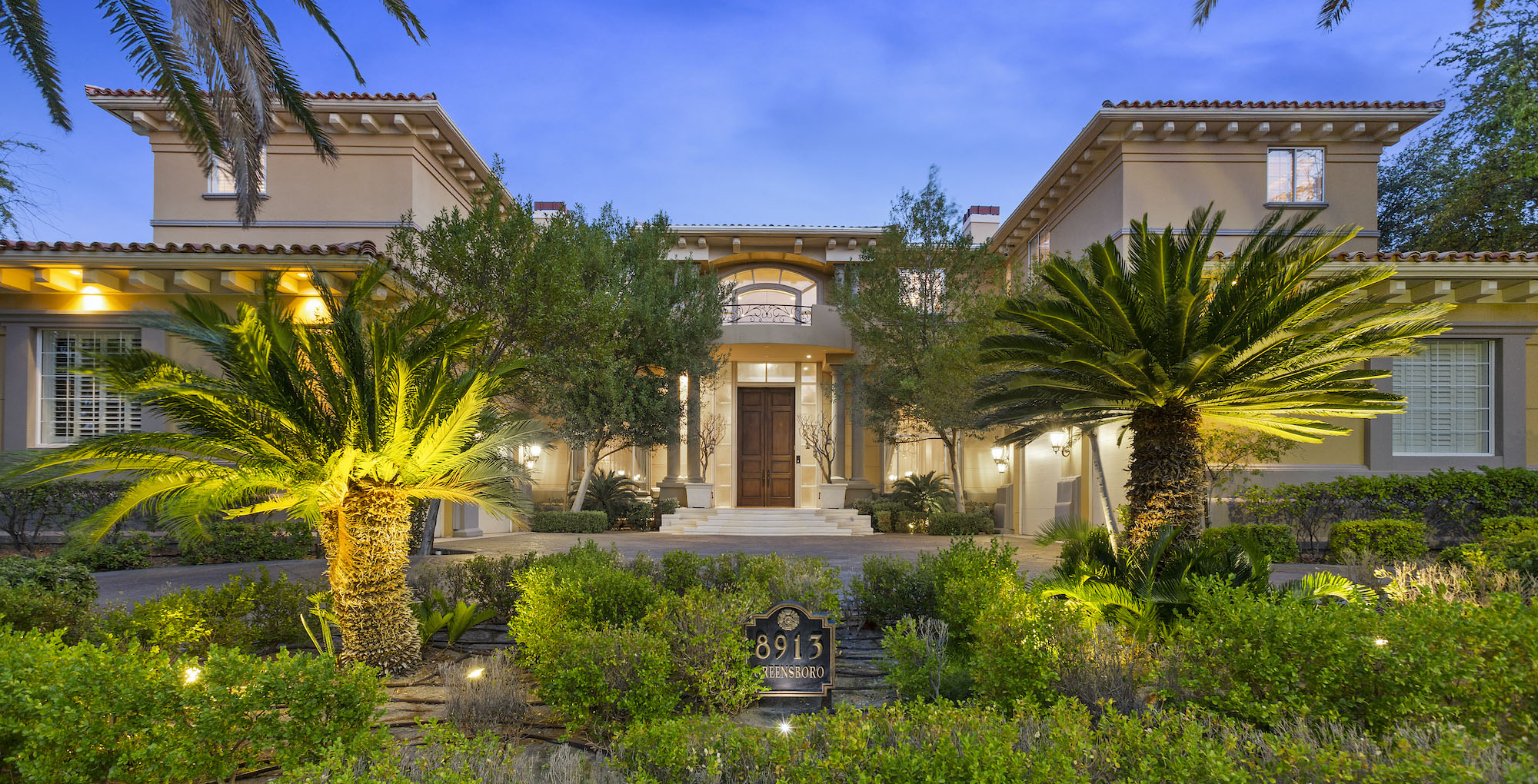 This sophisticated Mediterranean-style home at 8913 Greensboro Lane is centrally located in the heart of Summerlin. (Ivan Sher Group)

Here’s another master-planned community on the western border of Las Vegas. Summerlin has become an entertainment and lifestyle hub, especially in the downtown area.

Buyers have sought after luxury neighborhoods in the community, which have existed for over 30 years. At the pinnacle of high-end living in Summerlin is a $24.5 million mansion at 1717 Enclave Court.

From hotel-inspired suites to custom silk carpets, the 15,000-square-foot home represents the true meaning of a luxury residence in Summerlin. 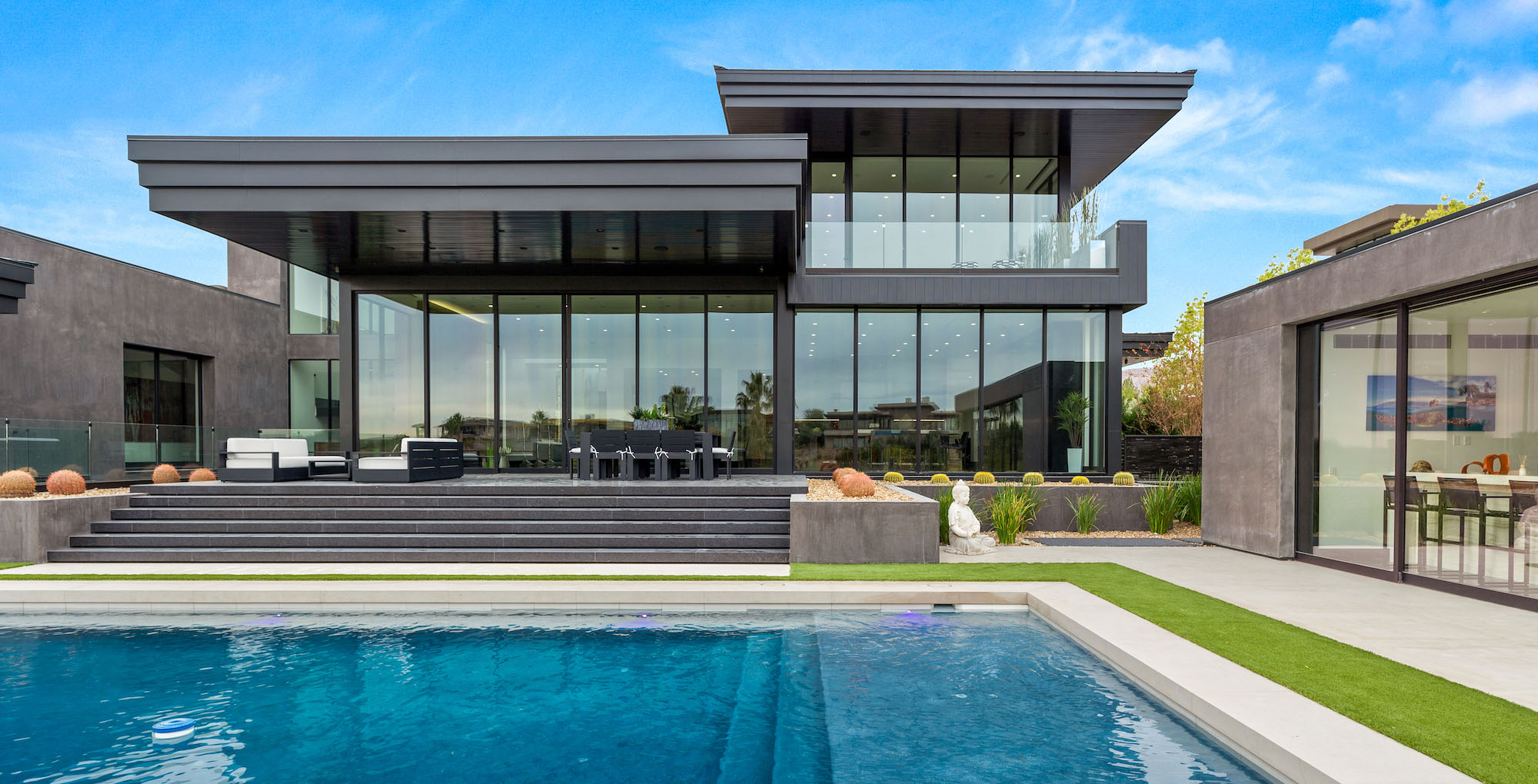 The Ridges community within Summerlin is an ultra-exclusive enclave full of new construction homes with spectacular views. (Ivan Sher Group)

Luxury homes in The Ridges are within Summerlin, which is divided into northern, southern and western areas.

South Summerlin includes The Ridges community. In other words, you’ll find one of the most exclusive neighborhoods in the area.

Each neighborhood guarantees privacy and security with guard-gated accommodations. The distinct feature led The Ridges to become among the most prestigious places to live in the Las Vegas Valley.

Median prices for luxury homes in the community may cost more than $5.4 million. Despite the high price, the median days-on-site for property listings is 24 days.

You might find mansions in The Ridges that are more affordable than in North and West Summerlin. For example, the 58 Crested Cloud Way home costs $12.5 million. The property spans 10,090 square feet.

Need more details about luxury homes in Las Vegas? Click here to learn about The Ivan Sher Group and how it closed almost $1.2 billion deals in the last two years alone.