Homebuyers in the market for seclusion, architectural pedigree and easy access to Los Angeles’ Westside may want to turn their gaze to a newly listed estate in the heart of Brentwood’s Mandeville Canyon.

Surrounded by hills dotted with low-hung trees and wildflowers, the 46-acre compound is among the largest residential estates on the Westside, according to listing agent Susan Smith, a luxury real estate specialist with Hilton & Hyland. It’s now on the market with an asking price of $21.5 million. 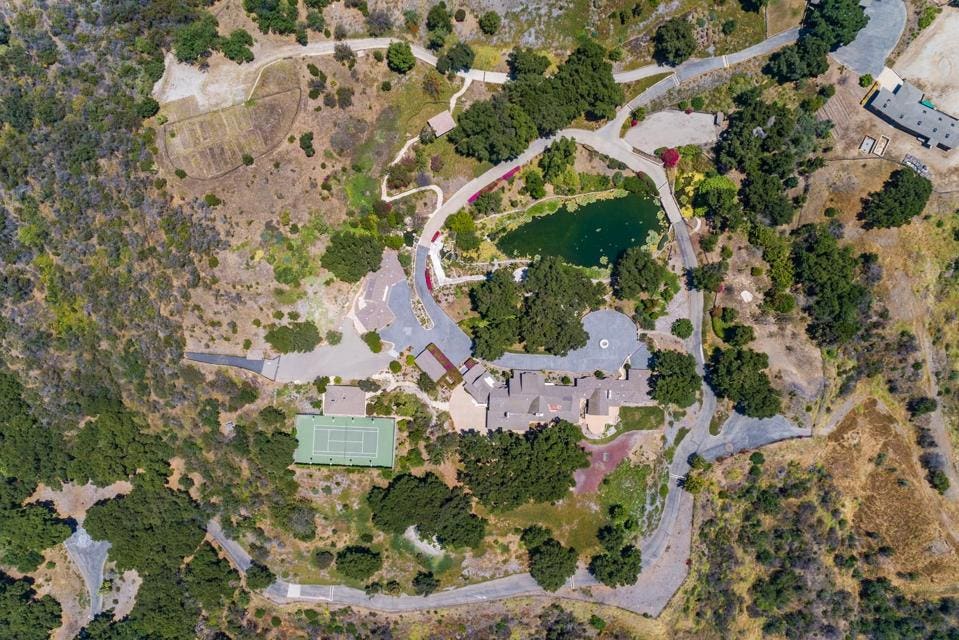 Called Amber Hills Estate, the sprawling compound is among the largest private residences on the Westside of Los Angeles. (Berlyn Photography for Hilton & Hyland)

The sprawling compound known as Amber Hills Estate features several structures including separate guesthouses, a caretaker’s unit, an art gallery and tennis court with a pavilion. According to Smith, it’s also one of the few Westside properties zoned for equestrian use.

The 12,000-square-foot main house, designed by architect-to-the-stars Paul R. Williams, was built in the 1940s for opera singer John Charles Thomas as a weekend getaway. It was later owned for decades by the family of Donald Kaufman, the late home builder who founded KB Homes with billionaire Eli Broad. 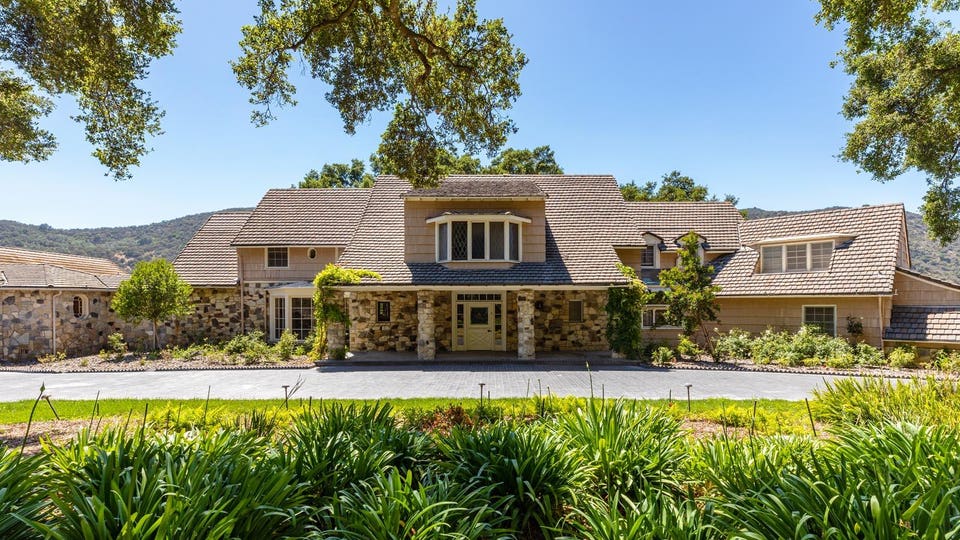 Smith said that the property is unusual for its size and privacy — a rare combination in Los Angeles’ most coveted neighborhoods.

“You can grow your own vegetables, have bees — you could have anything you want, she said.” “It has its own well; you could completely go off the grid if you wanted to.”

Past the entrance, a quarter-mile-long driveway leads rows of trees and a lake to reach the main house. Clad in fieldstone and timber, the two-story house has a classic curb appeal with a steep transitional roof punctuated by dormers and double-hung windows. Overhanging eaves create a covered porch for the charming Dutch-style front door. 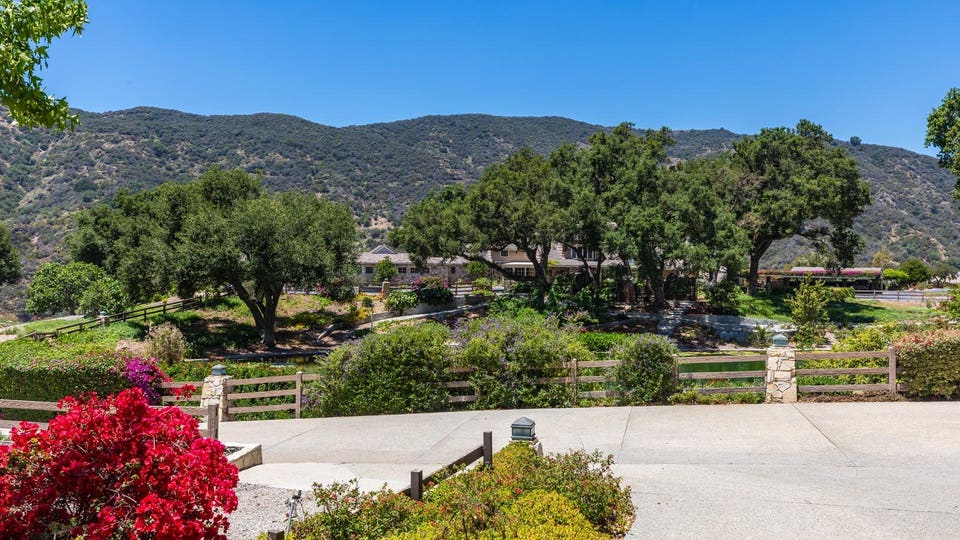 The estate is one of just a few Westside properties zoned for equestrian use. (Berlyn Photography for Hilton & Hyland)

Inside, an extensive amount of wood paneling was used to evoke a treehouse-like feel in the living spaces, according to the Paul R. Williams Project. Williams oriented the home to enhance natural views of the mountains, oceans and canyon scenery surrounding it.

Other features include a wood-clad executive office and a rustic chef’s kitchen decked out in decorative tilework and copper flourishes. Including the additional structures, the estate has a total of 13 bedrooms and eight bathrooms. 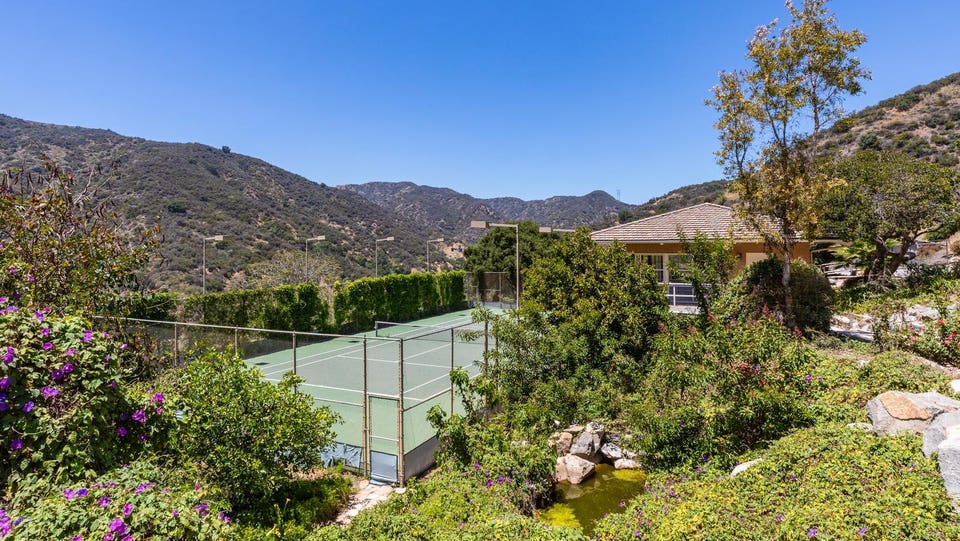 The main house is accompanied by multiple structures including a tennis court. (Berlyn Photography for Hilton & Hyland)

Smith said this particular part of Mandeville Canyon has long held an attraction, particularly to the who’s who of Tinseltown. Located across the street is the Robert Taylor Ranch, a massive estate once owned by Hollywood heartthrob Robert Taylor.

Also nearby (and for sale) is the longtime estate of Allen Schwartz, the accomplished fashion designer known for his ABS label.