One Direction’s Liam Payne Offers Los Angeles Home To The Tune Of $10.75 Million

After more than five years of living in the Santa Monica Mountains, English singer-songwriter Liam Payne is ready to pull up stakes.

Payne, who gained fame as a member of the superstar boy band One Direction, is selling his sprawling estate in the hills above Malibu for $10.75 million. Jonah Wilson of Beverly Hills-based brokerage Hilton & Hyland holds the listing.

It’s not the first time that Payne has attempted to sell the property. After acquiring the estate in 2015 for $10 million, the singer tried to turn a significant profit when he popped it on the market three years later for nearly $14 million. 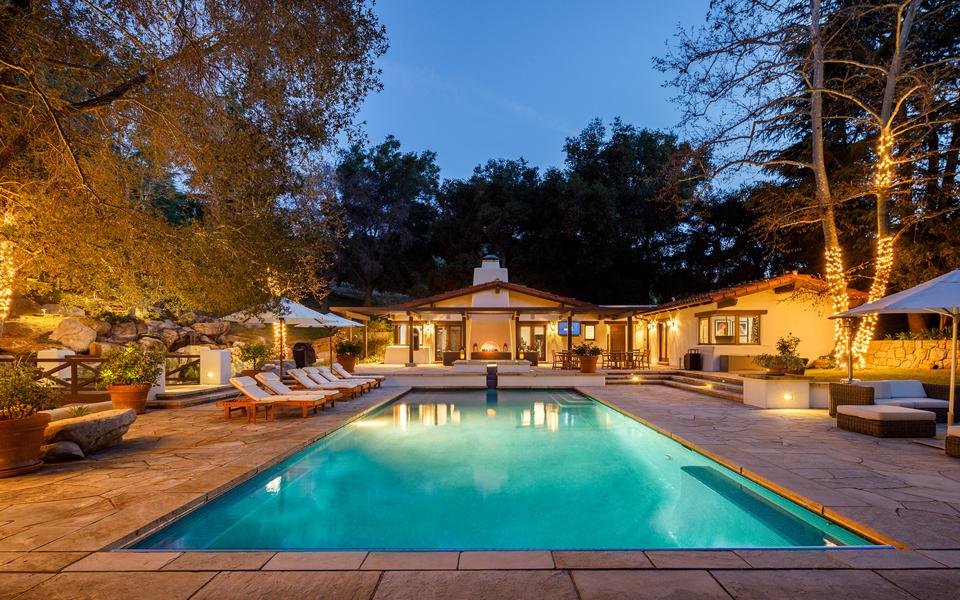 It doesn’t get much more private than the Los Angeles-area home of former One Direction singer Liam Payne, which sits on five acres in the hills above Malibu.

The almost five-acre compound has also been offered for lease over the years, with rates ranging from $40,000-60,000 a month.

Completely private thanks to a forest of trees surrounding it, the scenic spread comprises a main house, two guesthouses, a recording studio, a teahouse and a mosaic-tiled swimming pools. 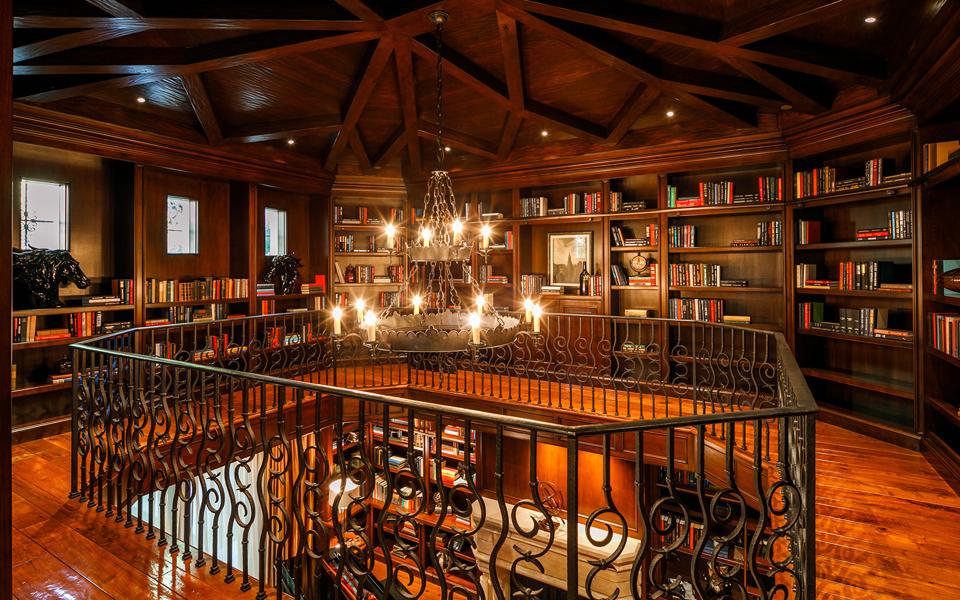 The library looks onto the office below.

Meandering stone paths lead to intimate limestone patios, a koi pond and organic gardens. Near the teahouse, a small vineyard unfolds along the hillside.

The main house, fashioned in Spanish-style, was built in 1991 for Alan Purwin, the late aerial film operator whose credits include “Transformers” series, “Armageddon” (1998) and “Pearl Harbor” (2001).

Rich in character, the multi-story home is full of hand-hewn walnut floors and paneling, beamed ceilings and custom chandeliers. Each of the home’s five fireplaces has a carved limestone mantel. 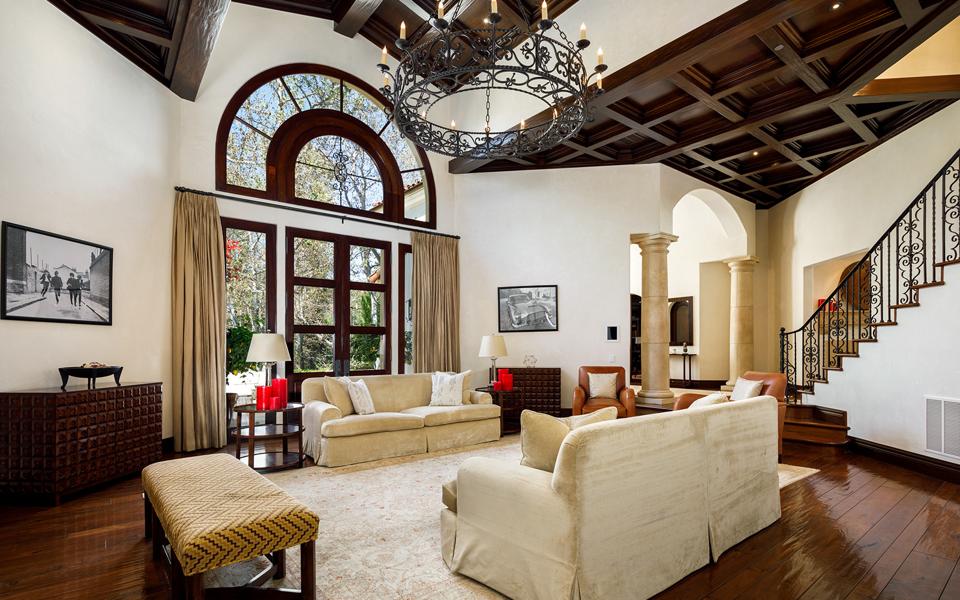 The house was originally built for late aerial film operator Alan Purwin, who worked on the “Transformers” films.

A vaulted-ceiling great room, a formal dining room, a game room, five bedrooms and eight bathrooms are within nearly 9,700 square feet of living space. The two-story library commands attention with a circular opening to the second floor.

Following the announcement of One Direction’s hiatus in 2016, Payne struck out on is own with the 2017 single “Strip That Down.” Last year, he released his debut solo album LP1, which features collaborations with Ed Sheeran, Quavo, Zedd and Rita Ora. 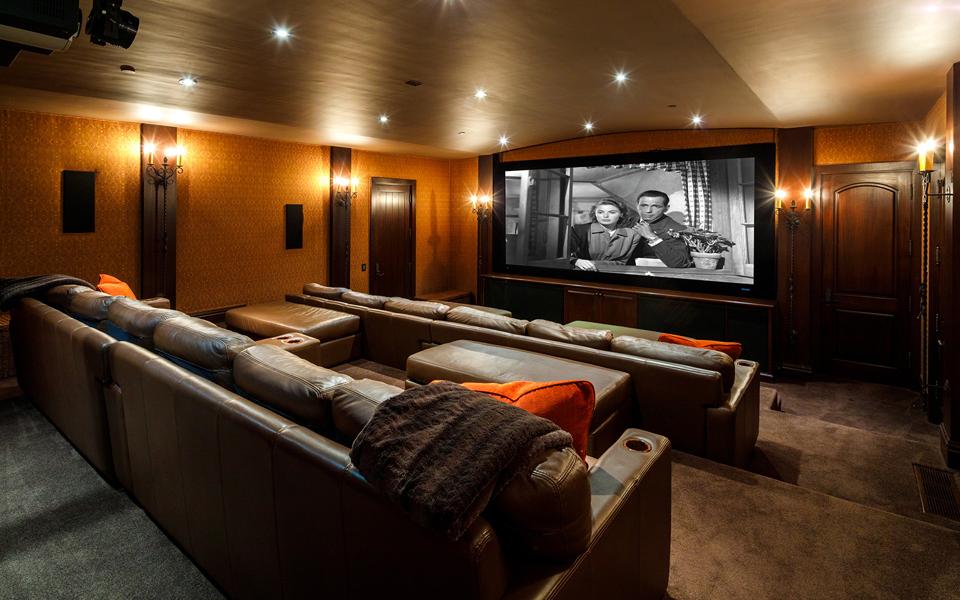 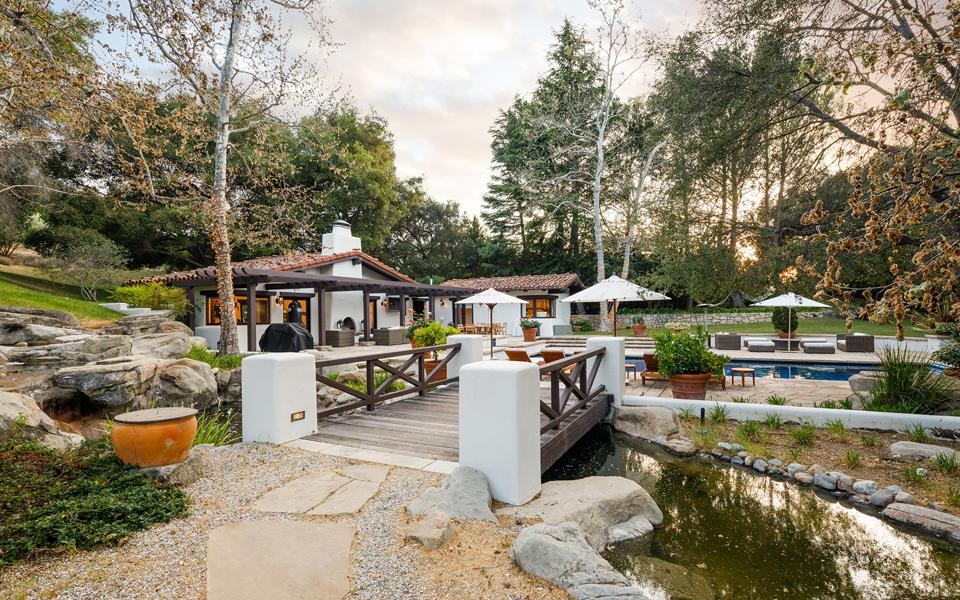