It started as some of the best ideas do: scribbled on the back of a cocktail napkin.

“I was sitting at a bar having a glass of chardonnay with my husband, and he asked, ‘what’s your next project?’ And I said to him, ‘I’m going to build a treehouse’ and drew this structure on a cocktail napkin,” says Gail Goodwin, owner of the world-famous “treehouse” Snow Bear Chalets on Whitefish Mountain Ski Resort’s Hope Slope. 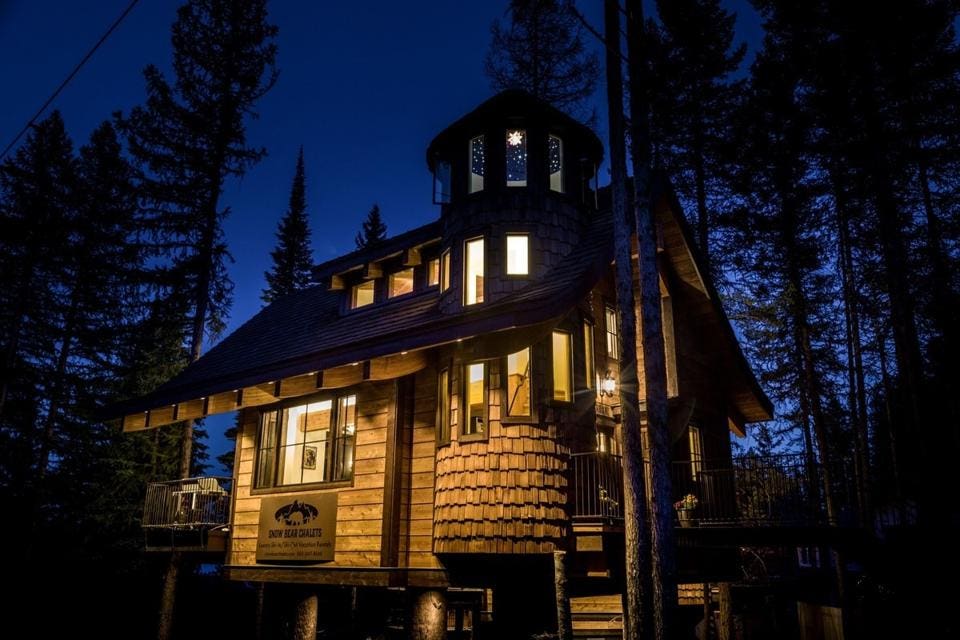 The two-bedroom chalet was designed by entrepreneur Gail Goodwin, who came up with the idea on the back of a cocktail napkin (NATIONAL PARKS REALTY).

Goodwin made her mark on Hope Slope by designing a collection of three magical luxury treehouses and a separate structure with seven penthouse chalets. Since opening for business, the on-mountain properties have drawn vacationers from around the world while being featured in more than 300 publications, including TIME magazine, which recognized Snow Bear Chalets in 2018 as one of the ‘World’s 100 Greatest Places‘.

“It has been humbling how well received the [treehouse chalets] are by the guests who stay here and continue to keep coming back,” Goodwin says. 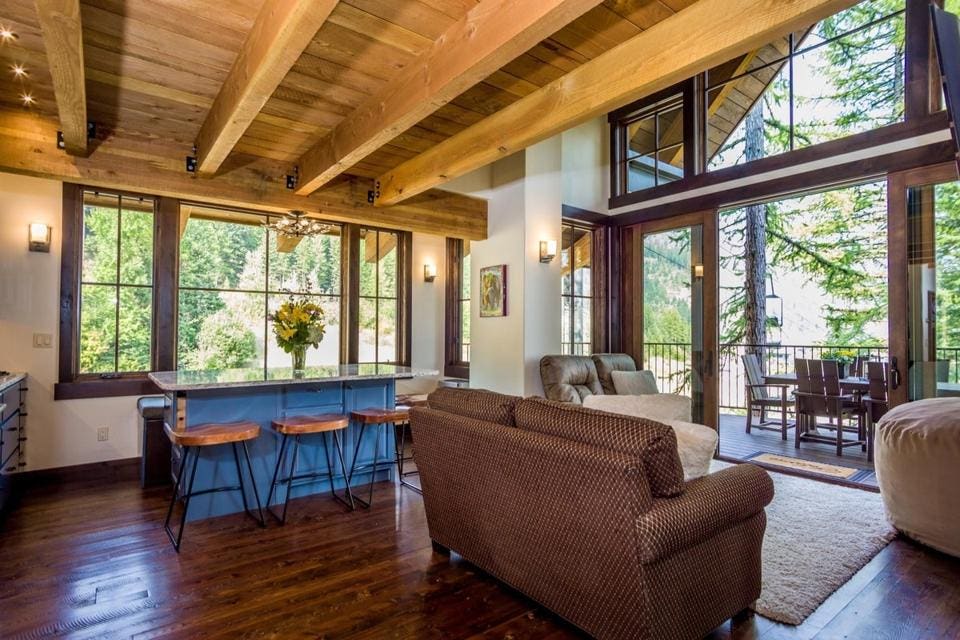 Pocketing walls of glass open the interior of the chalet to wrap-around decking that overlooks Hope Slope (NATIONAL PARKS REALTY).

The pinnacle of the ski-in/ski-out destination property is a whimsical freestanding chalet called Ponderosa that sits three steps from Hope Slope. Now for sale at $3.999 million, the turreted two-bedroom, two-bathroom has a front-row seat of the mountain action with cathedral-style ceilings and floor-to-ceiling windows on two sides.

The great room, which serves as the hub for residence, features a gas fireplace decorated with Montana Moss rock and native Ponderosa pine that gives the space a cozy ambiance. Cambria Quartz countertops pair with high-end appliances and cookware in the kitchen—all of which are included. 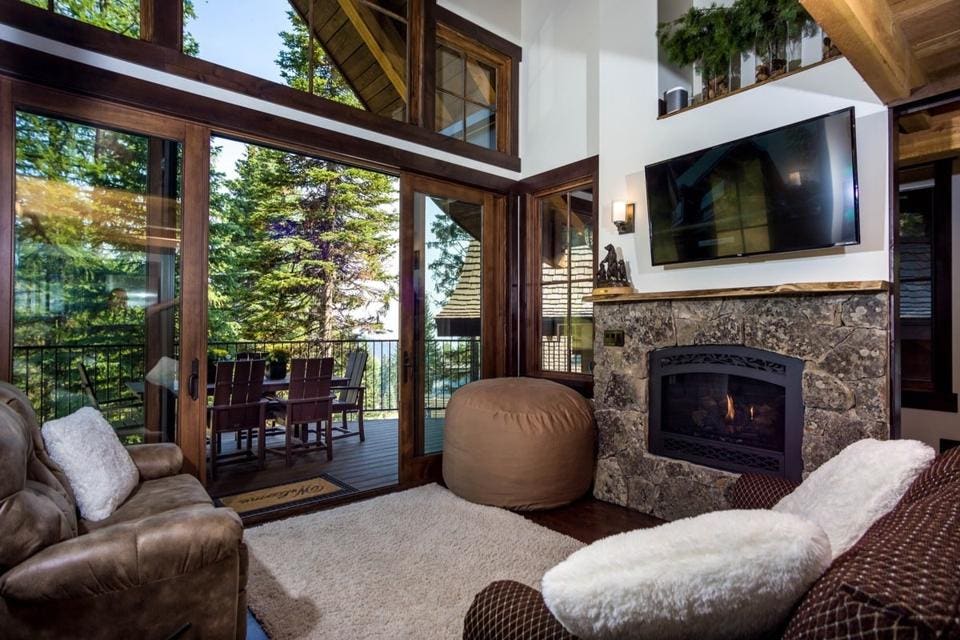 Goodwin believes it’s a feeling of youthfulness that keeps people coming back to the treehouse chalets. “I think it makes [guests] feel like children again. It permits them to be a child again—and I’ve had it said to me more than once.”

Much of the childlike quality comes from Goodwin’s attention to fanciful. “My mantra in creating [the treehouses] was: if Harry Potter got together with Hansel and Gretel and decided to build a house, would this specific product go in this house? If the answer was yes, it made the cut to go in the treehouse. If the answer was no, it didn’t. Everyone that walks in says, ‘it’s so magical and whimsical’.” 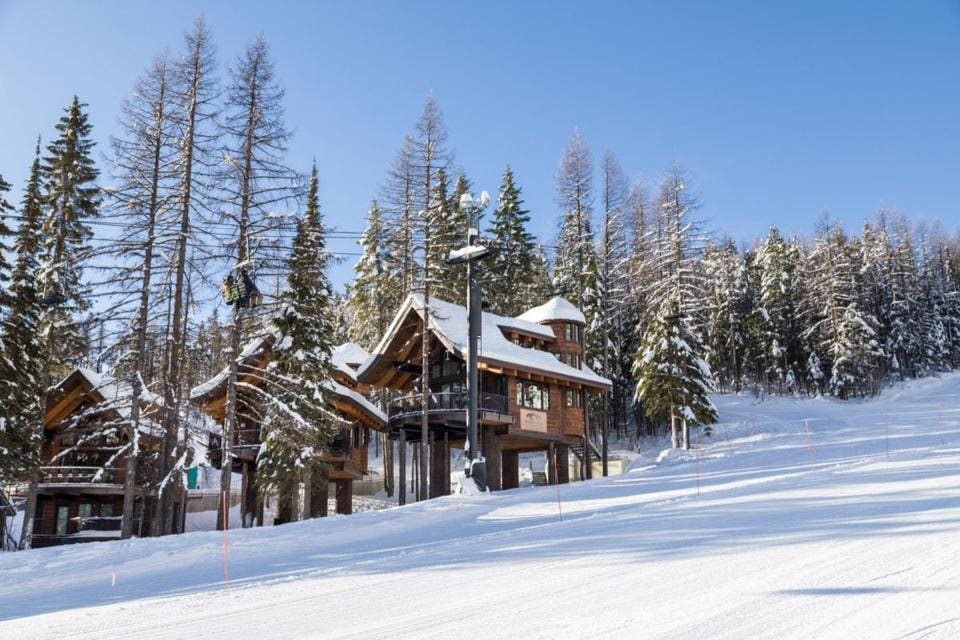 Access to Hope Slope is just steps away from the Ponderosa chalet. The treehouse chalets are coveted for their on-mountain location (NATIONAL PARKS REALTY).

But to experience the chalet’s best feature, one must head for the stars.

“The turret is a nine-foot-round room that sits at the top of the turret. The ceiling is covered with 600 fiber optic twinkle lights in the form of stars with nebulous constellations,” Goodwin says of the unique feature. The room, which features a seven-foot-round Xorbee microfiber cushion, is beloved for its mountain views and custom installation. 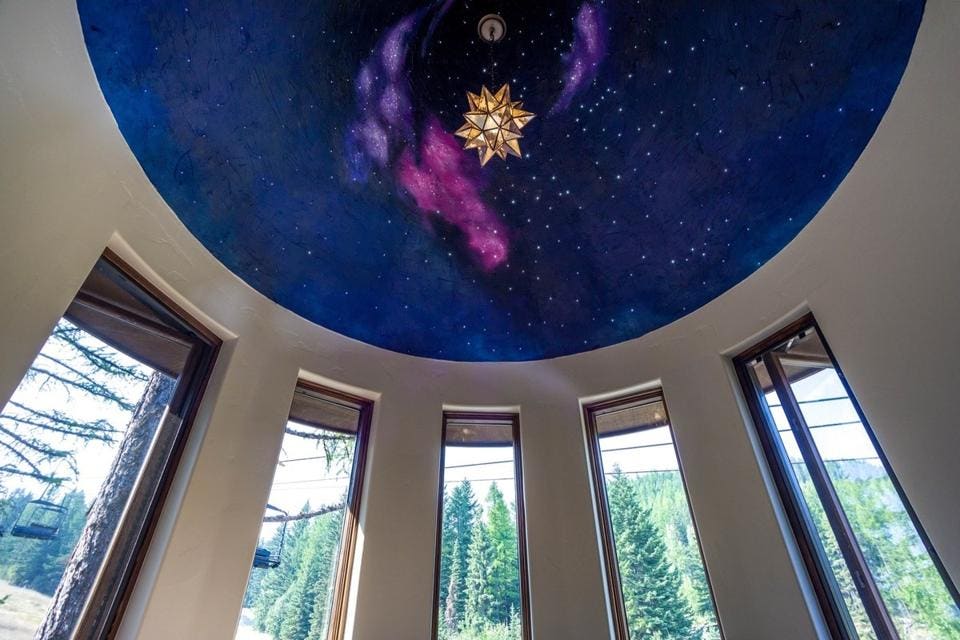 The Ponderosa chalet features a turret with 600 fiber optic twinkle that depict the stars and constellations (NATIONAL PARKS REALTY).

As one might expect, the dramatic display often elicits overwhelming reactions from guests, says Goodwin. “An 86-year-old man once climbed up the tower, got to the top, and started singing an Italian aria a capella and was weeping. When I asked him why he told me, ‘this is my 86th birthday, and this is the best present I’ve ever had’.”

Like other mountain resort areas such as Lake Tahoe and Vail, Montana’s Flathead County, where Whitefish and Bigfork are located, is having a record year. The average price for single-family homes in the county is now about $1.83 million, as access to world-class skiing and fishing continues to draw buyers from around the world. So far in 2021, about 90 sales recorded were in the million-plus range. 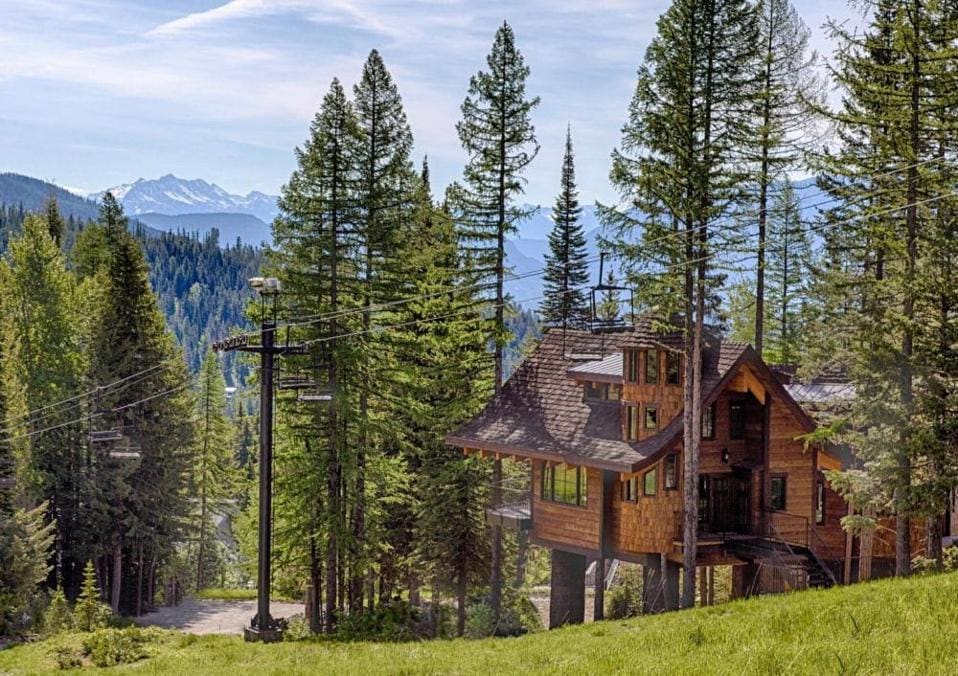 “People are moving out of the crowded cities in search of a lifestyle change,” Dolan observes. “Inventory is very low and properties are selling very quickly at or above asking price.” 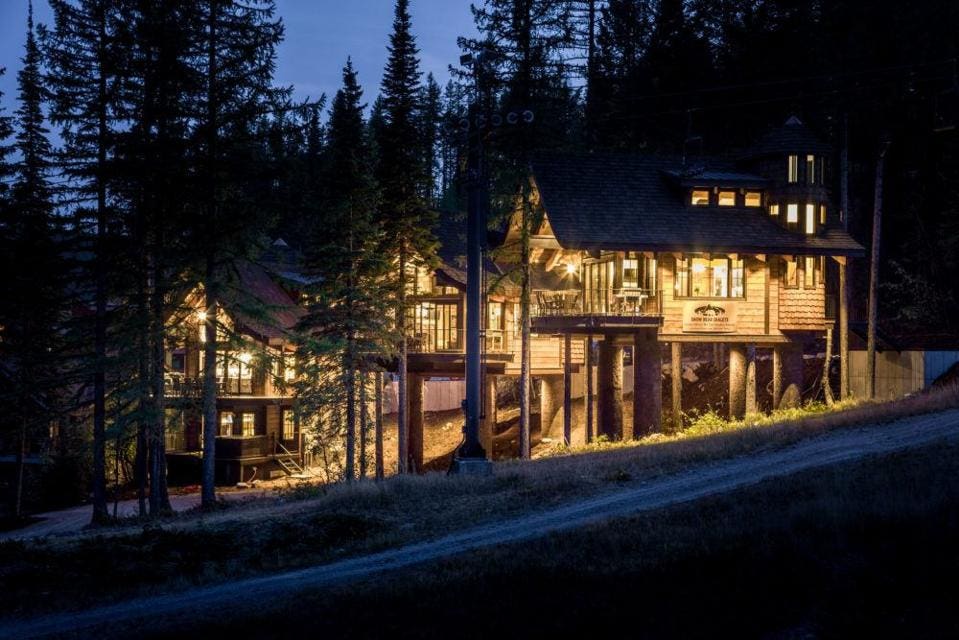 The run on Montana real estate isn’t limited to resort condos or waterfront homes. Rental properties are also having a moment, particularly VRBO properties, the agent says. That’s good news for the next owner of Ponderosa chalet, who could utilize it as a private residence or income property.

As buyers continue to seek out more space and access to the best parts of Montana, it’s safe to say the treehouse chalet may not be on the market for long.