Former Dallas Cowboys defensive back Orlando Scandrick has made a move off the field, selling his home in the San Fernando Valley region of Los Angeles for $3.415 million, or $215,000 more than the asking price, records show.

Located in Tarzana’s exclusive Mulholland Park neighborhood, the French-inspired mansion came on the market in late March for $3.2 million and went under contract in about ten days, according to the Multiple Listing Service. Justin Paul Huchel of Beverly Hills-based brokerage Hilton & Hylandrepresented the one-time NFL All-Pro in the deal. Aren Afsharian, also with Hilton & Hyland, represented the buyer. 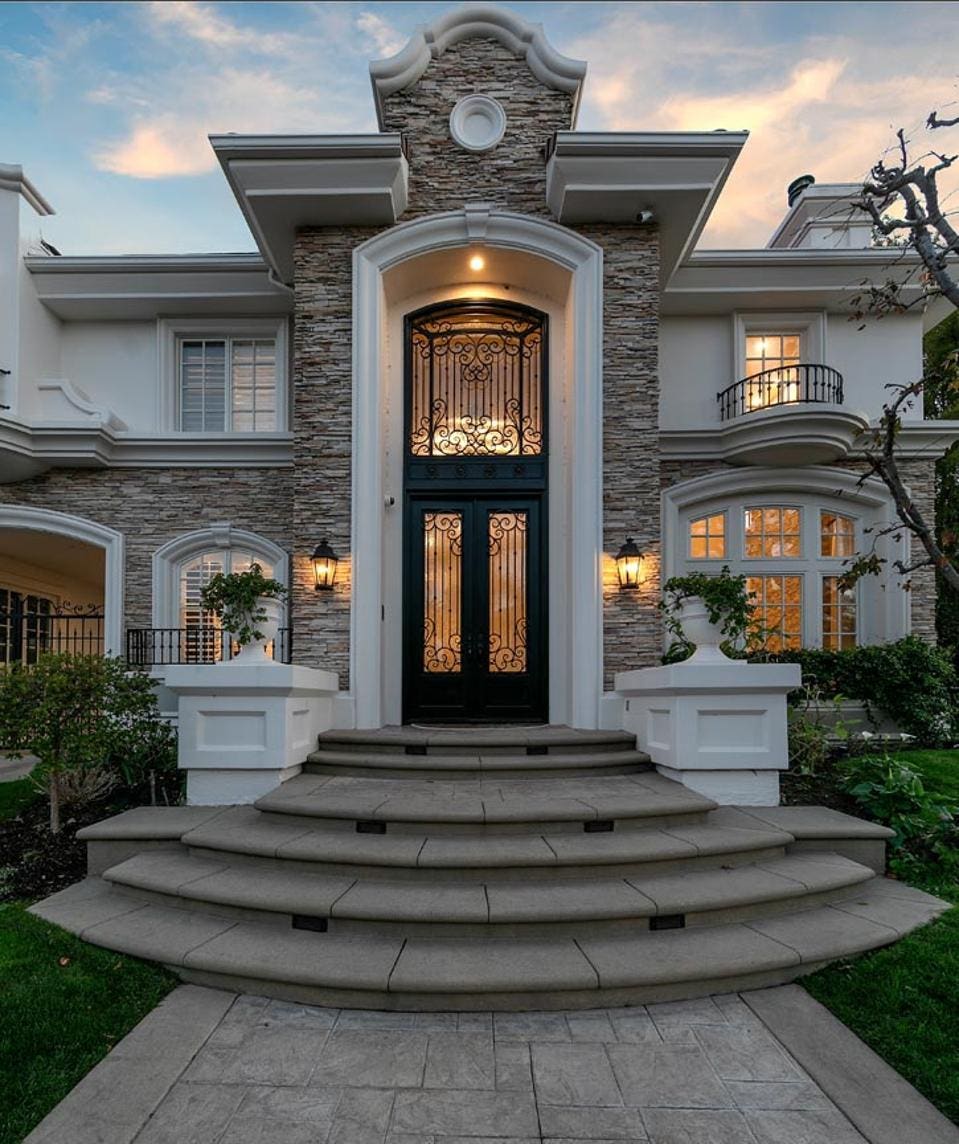 Built in 1998 and extensively updated, the 6,381-square-foot home is tailored for modern living and features a contemporary color palette, open-concept living spaces and high ceilings that give the house a spacious feel. Dual staircases in the heart of the home lead up to the second story. 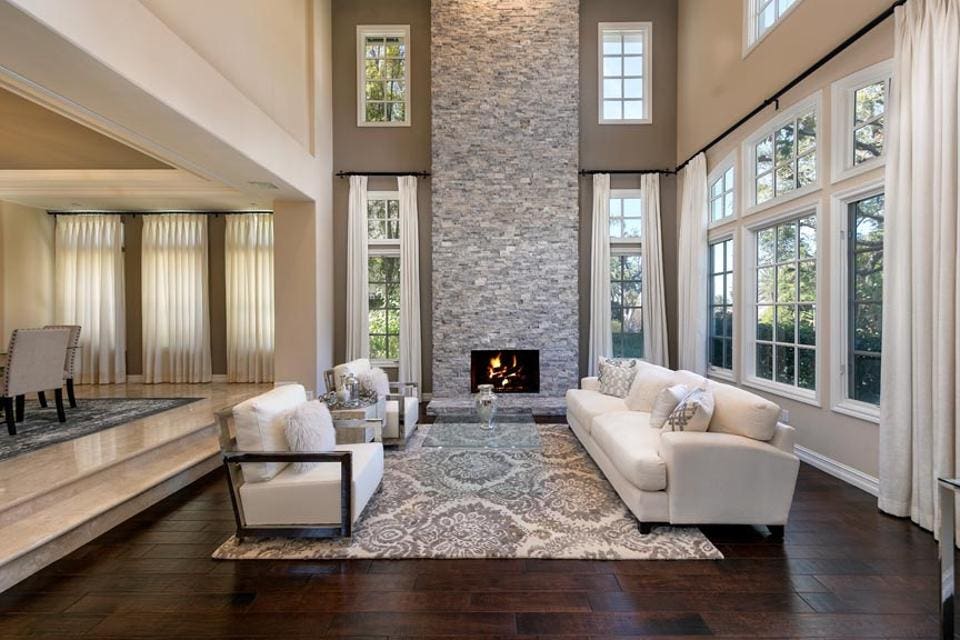 Large communal spaces make up much of the first floor and include a step-down living room, formal dining, media/bar room and chef’s kitchen. Picture windows bring views of the pool and landscaping into the breakfast room, which sits off the kitchen. 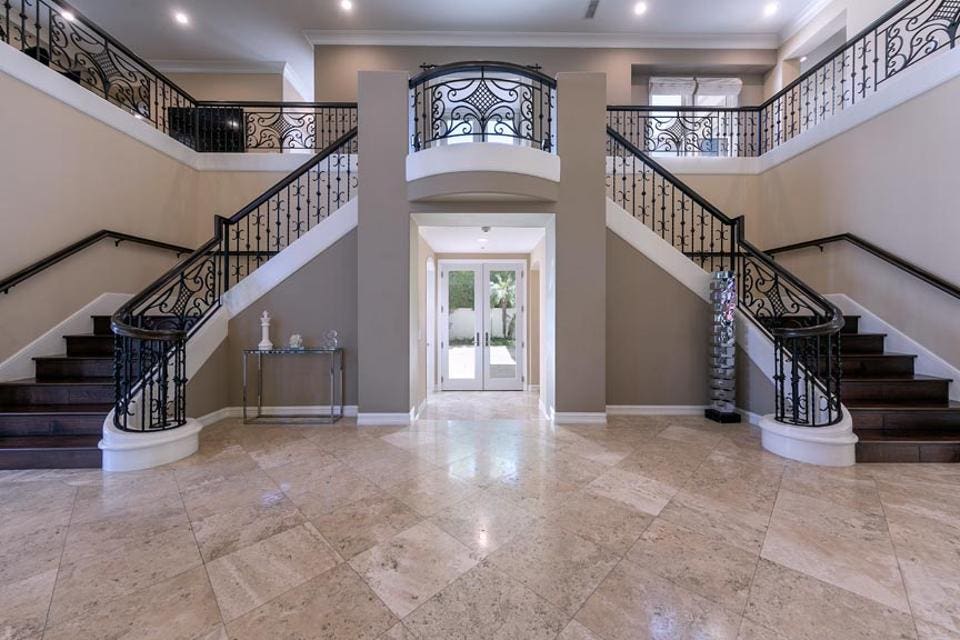 Dual staircases make for a grand entrance in the foyer (HILTON & HYLAND).

The home has a total of five bedrooms and seven updated bathrooms. The primary bedroom suite expands to include a sitting area and dual walk-in closets with custom built-ins. A balcony accessed from the primary suite overlooks the backyard. 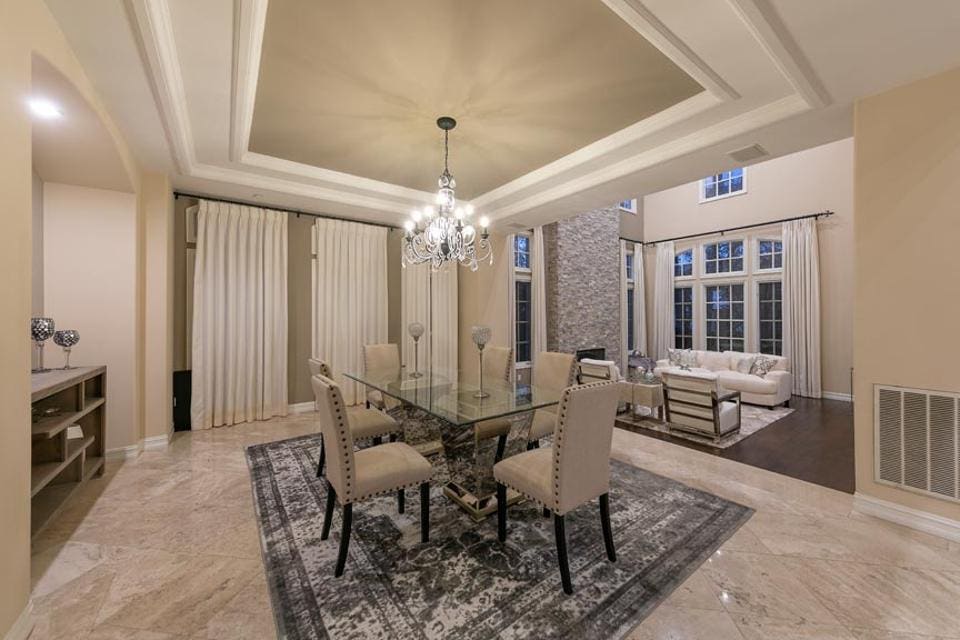 Outside, the roughly one-acre property blends scenery and comfort. A covered patio area leads out to a stone decking that surrounds a blue-tiled swimming pool with a spa and waterfall feature. A basketball half-court sits in the back corner of the yard, which is encapsulated by mature trees and the hillside behind it. 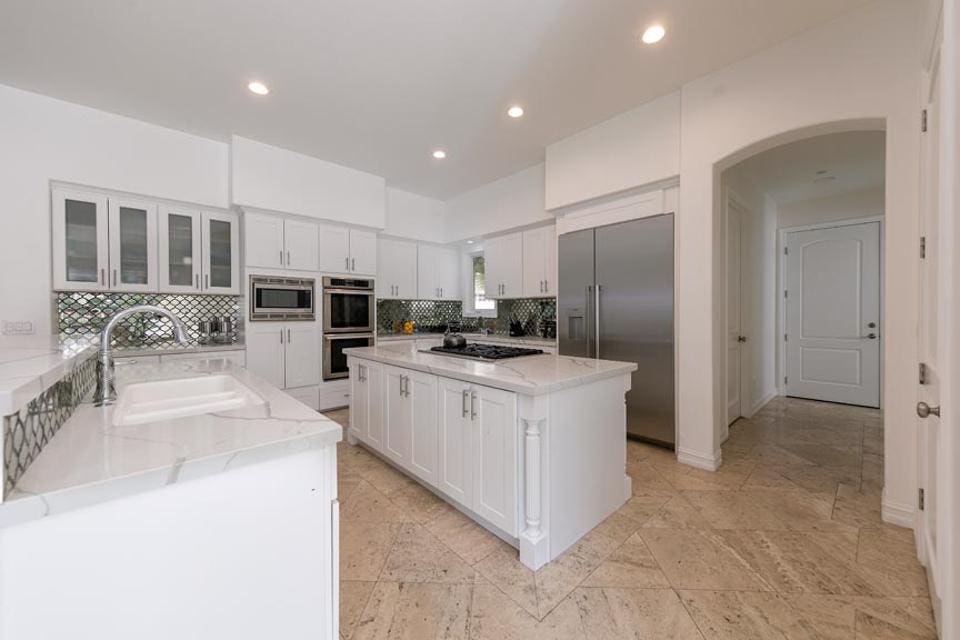 The chef’s kitchen has been updated and features a center island (HILTON & HYLAND).

Scandrick moved into the Mulholland Park community in 2016, when he paid $2.8 million for the property, public records show. The 34-year-old defensive back started his career with the Cowboys and has played for the Washington Football Team and the Philadelphia Eagles. He last suited up in an NFL game in 2019. 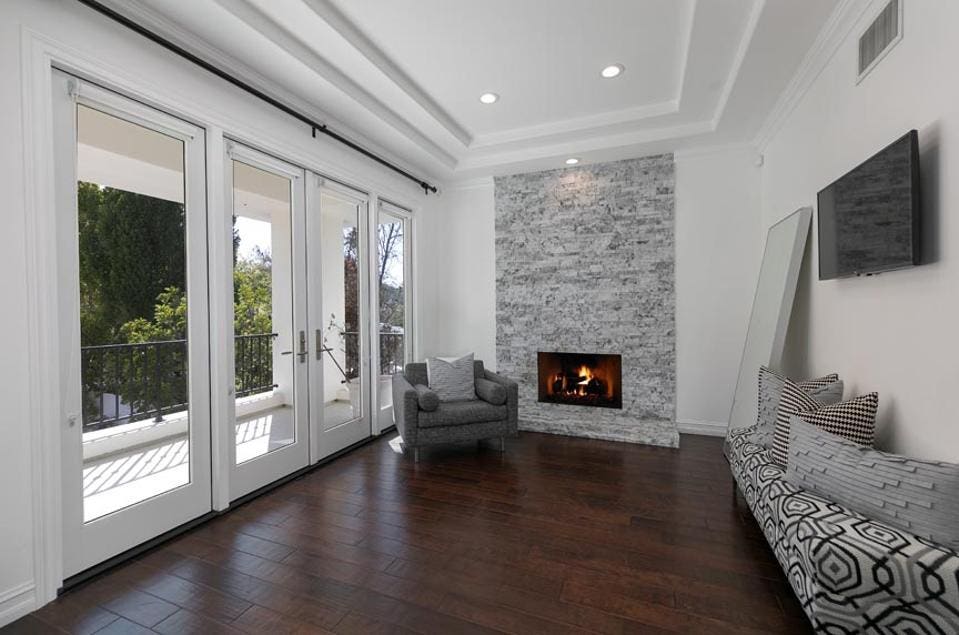 A sitting area with a fireplace sits off the primary bedroom suite (HILTON & HYLAND).

The 125-acre Mulholland Park enclave, spearheaded in the 1990s by Newport Beach-based J.M. Peters Co., was developed with luxury in mind and takes in a spectacular view of the San Fernando Valley. The gated community has attracted numerous Hollywood celebrities and sports stars through the years, including basketball’s DeMar DeRozan and comedian Kevin Hart. 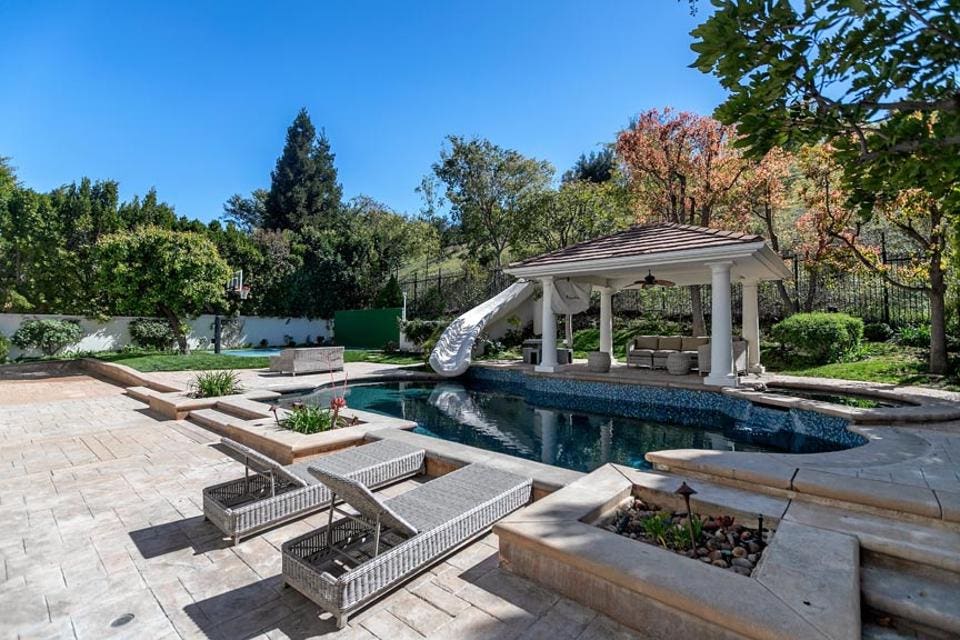 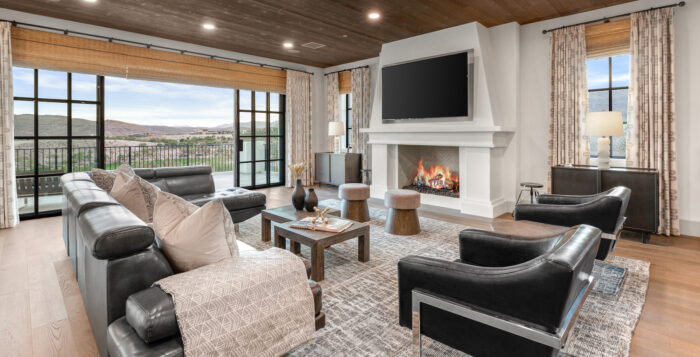