There may not be gold under the floorboards, but it’s not a stretch to say this Montana retreat has a bit of copper in its bones.

The log cabin-style home overlooking Bigfork’s Swan Lake was built in the early 1900s as a summer retreat for the four daughters of industrialist Cornelius ‘Con’ Kelley. 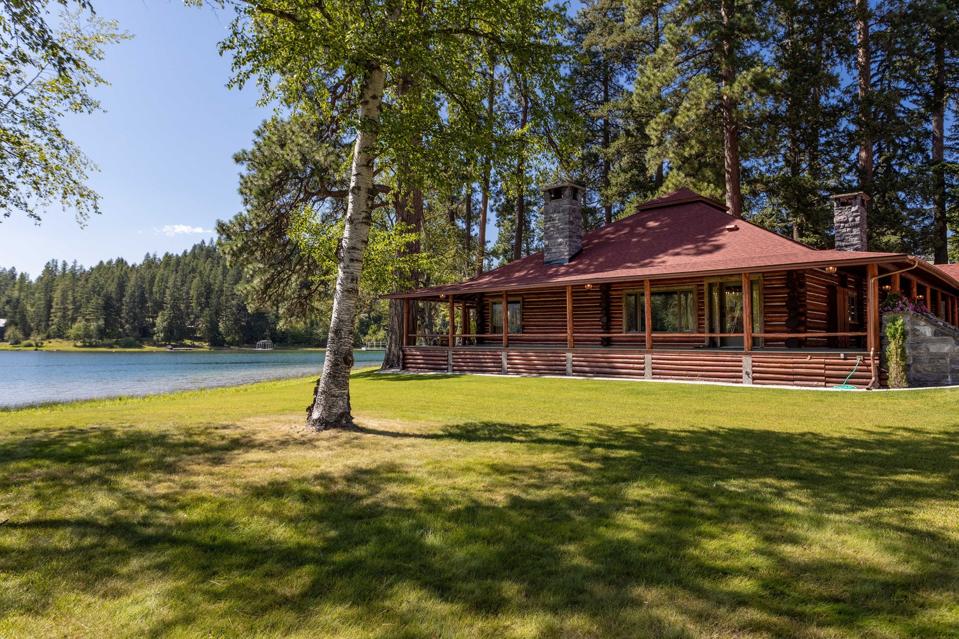 During the early to mid-1900s, Kelley was instrumental in the rise of the Butte-based Anaconda Copper Mining Company, working his way up from underground nipper to hold a myriad of executive leadership positions during his decades of service. As president, he grew the company to become a global mining powerhouse as a leading producer of copper, manganese and zinc.

The copper baron also had a hand in developing the Swan Lake area itself, buying up more than 100 acres on the lake’s northern end with fellow industrialist Orvis Evans to build a fishing camp, which later became their exclusive retreat. 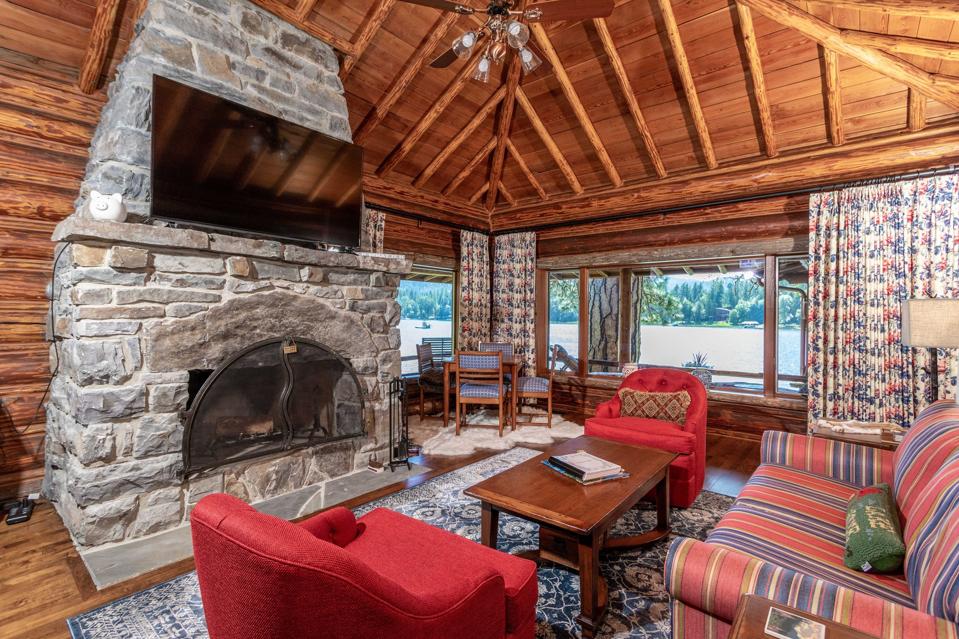 Now for sale at $1,999,995, the Swan Lake log home was brought into the present day thanks to a three-year renovation completed last year. Susan Kratt of National Parks Realty holds the exclusive listing. 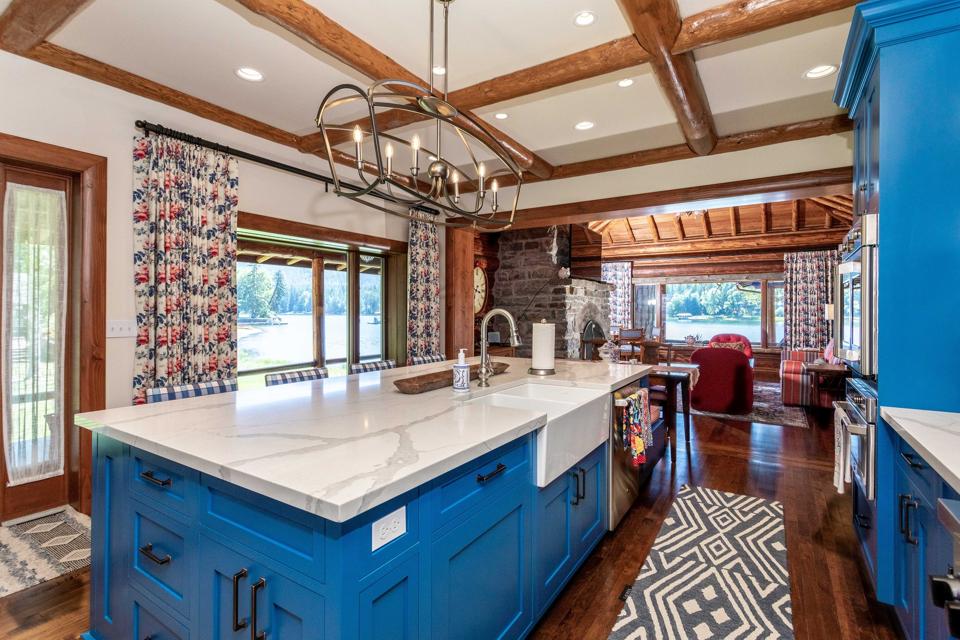 The living room sits adjacent to the kitchen and takes in unobstructed lake and mountain views through wall-to-wall windows. Two bedrooms and two updated bathrooms fill out the single-story floor plan.

Decking wraps the perimeter of the lodge to extend the home’s footprint outward. Across from the home is a matching garage with built-in cabinetry and epoxy floors. 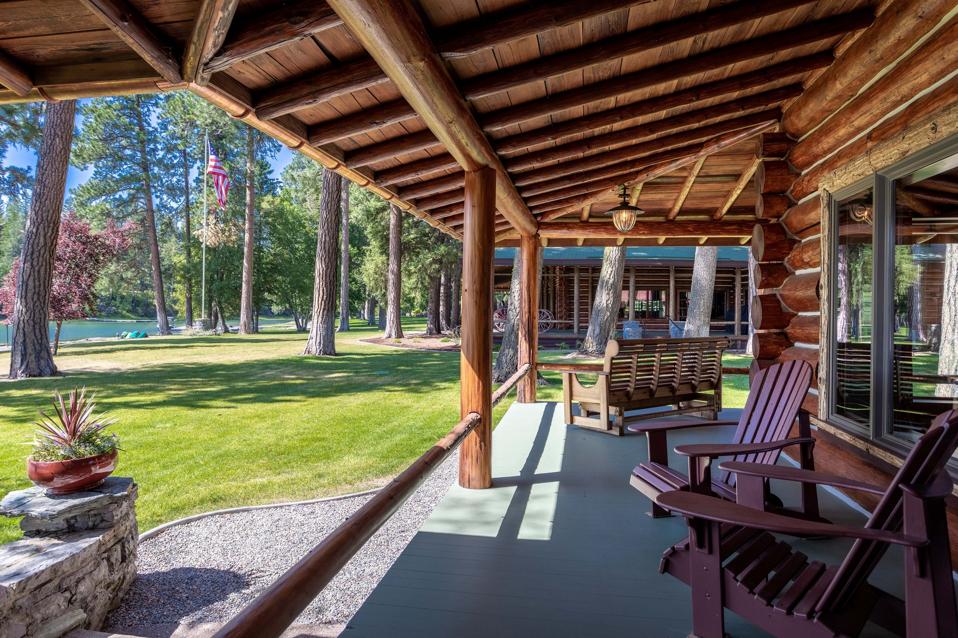 Nestled between the Mission and Swan Mountain Ranges, the 10-mile-long lake is a popular fishing and resort area dotted with cabins and upscale homes. Residents of Swan Lake have access to the original Kootenai Lodge, which now serves as a community clubhouse. A private dock and pontoon boats. A swimming pool, a gym and yoga rooms are among other amenities on-site.

For outdoor enthusiasts, the area has access to a year-round pedestrian trail that connects Bigfork to Seeley Lake to the south and Swan Lake Nordic System, consisting of some 50 miles of backcountry trails. To the south, the lake abuts the Swan River Wildlife Refuge, a sanctuary home to Sandhill cranes, bald eagles, and various other creatures.