Grammy-winning singer-songwriter Meghan Trainor and her husband, actor Daryl Sabara, have sold their home in the Toluca Lake neighborhood of Los Angeles for $5.94 million, records show.

Listed in May for $5.95 million by Justin Paul Huchel of Hilton & Hyland, the private and gated estate proved to be a hot item in a surging Los Angles market and received multiple offers. After accepting an offer in early June, the sale closed in about a week. 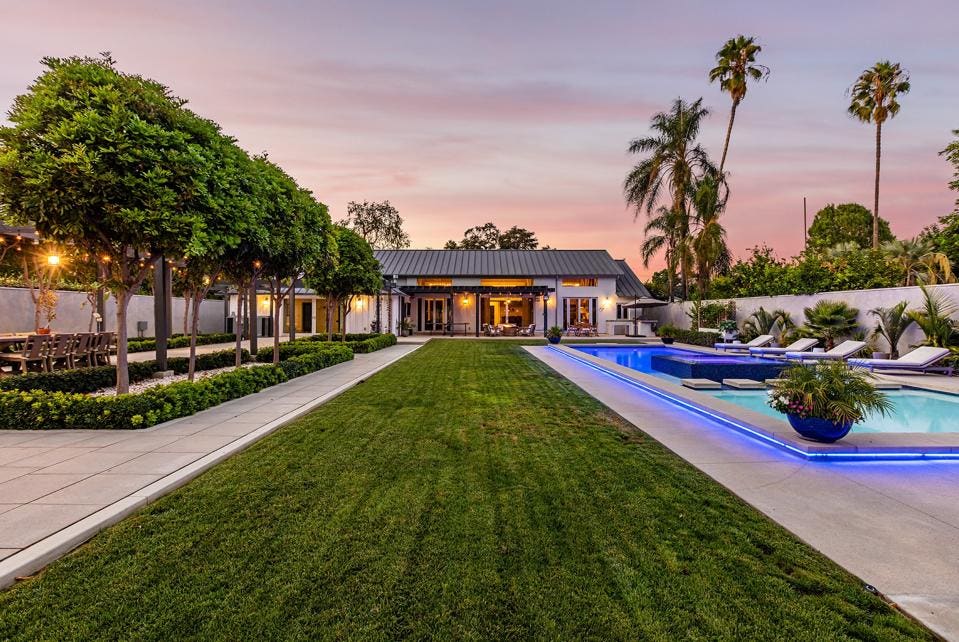 Dating to the 1930s and since updated, the single-story home was once part of a larger estate owned by crooner Bing Crosby. Through the years, it’s had several more celebrity owners, including actors Megan Fox and Brian Austin Green. Trainor purchased the property in 2016 for $4.9 million, according to multiple reports. 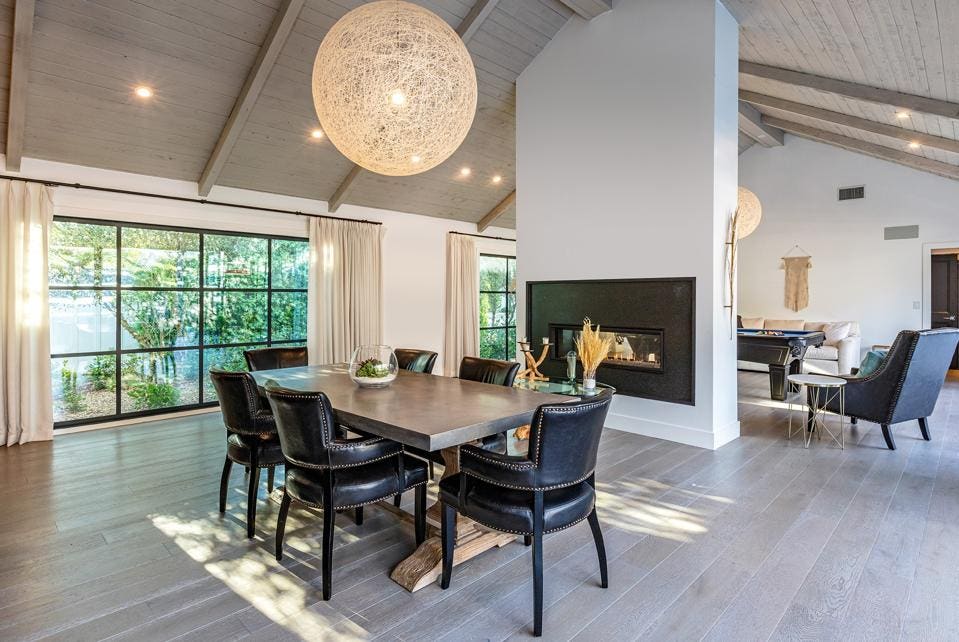 Set on about an acre of prime Toluca Lake real estate, the property includes a 7,174-square-foot main house, a detached recording/dance studio and a fully equipped gym. A large swimming pool with a raised spa, an outdoor dining area and multiple play areas fill out the grounds dotted with mature trees and greenery. 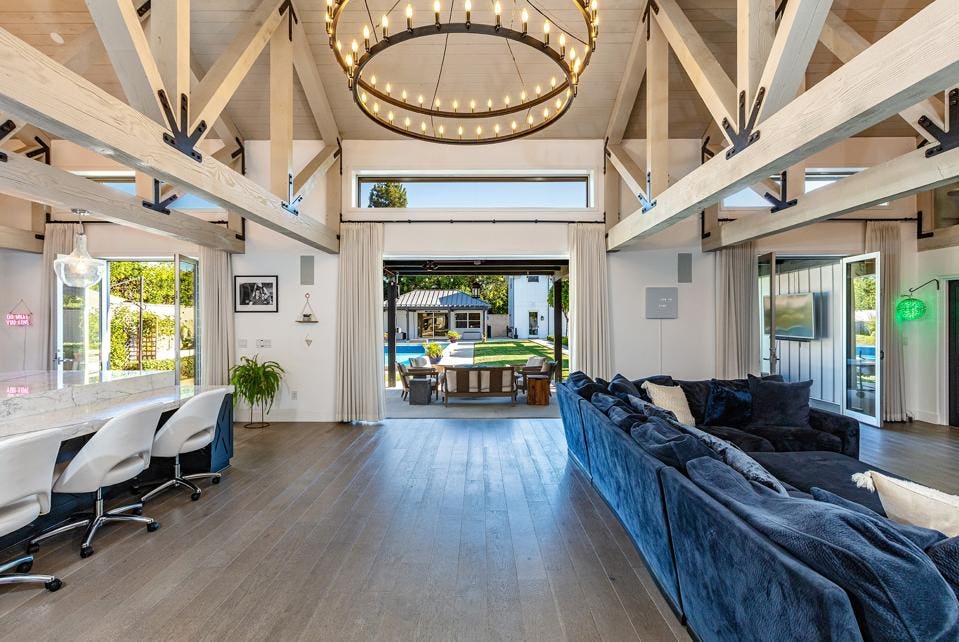 The main house, reimagined in the modern farmhouse style, features an open-concept floor plan with high ceilings, wide-plank wood floors and steel-clad windows that pull in garden views. A chef’s kitchen with a massive island, two family rooms, five bedrooms and 7.5 bathrooms complete the floor plan. In the heart of the house, a two-sided fireplace is used to create division between the living and dining rooms. 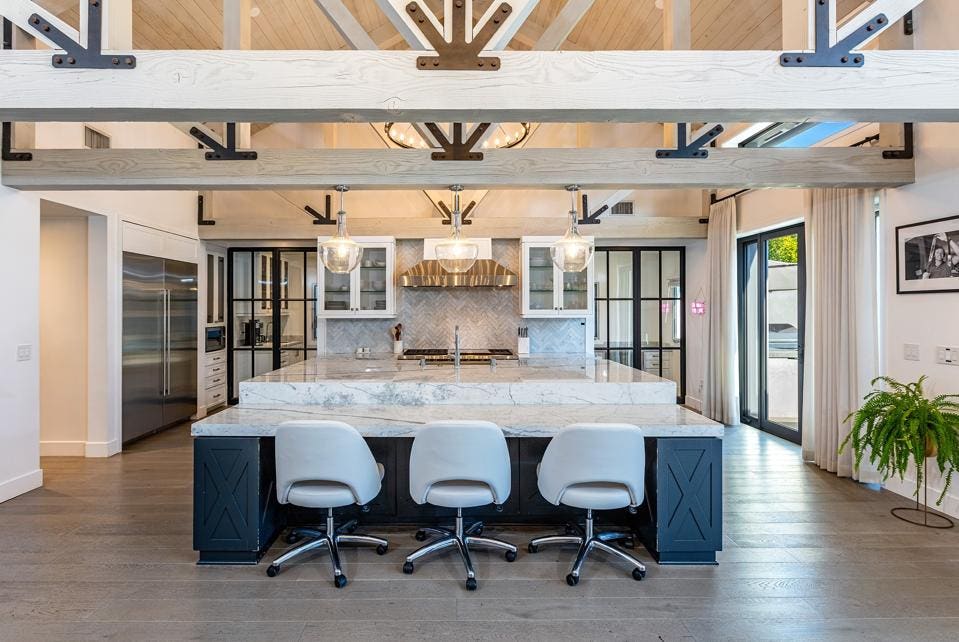 A massive island anchors the chef’s kitchen, which has been outfitted with high-end appliances and contemporary design details (SIMON BERLYN | HILTON & HYLAND).

Developed during the silent film era as a luxury development-to-the-stars, the Toluca Lake neighborhood has long been popular with Hollywood stars and entertainment heavyweights thanks to its large lots, ample privacy proximity to studio lots. Access to good schools and a smattering of local boutique shops and trendy restaurants continue to make the quiet neighborhood one of Los Angeles’ most popular to this day. 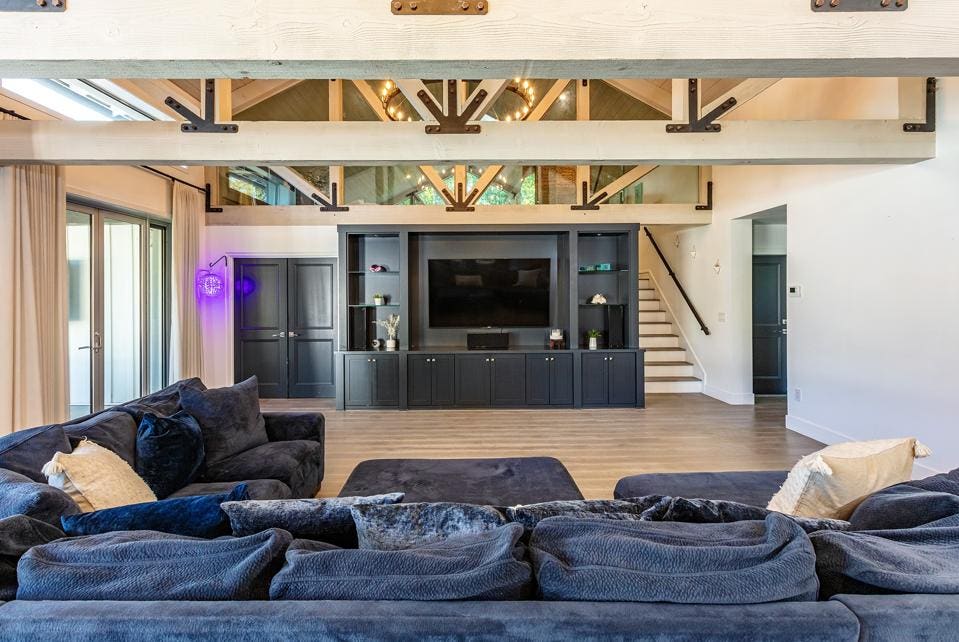 Numerous celebrities have called Toluca Lake home over the decades, including the great Bob Hope, Denzel Washington, Viola Davis, Miley Cyrus and members of the Getty family. This year, Grammy-winning singer Kelly Clarkson made headlines when she purchased a Colonial-style home in Toluca Lake for $5.445 million, according to The Los Angeles Times. 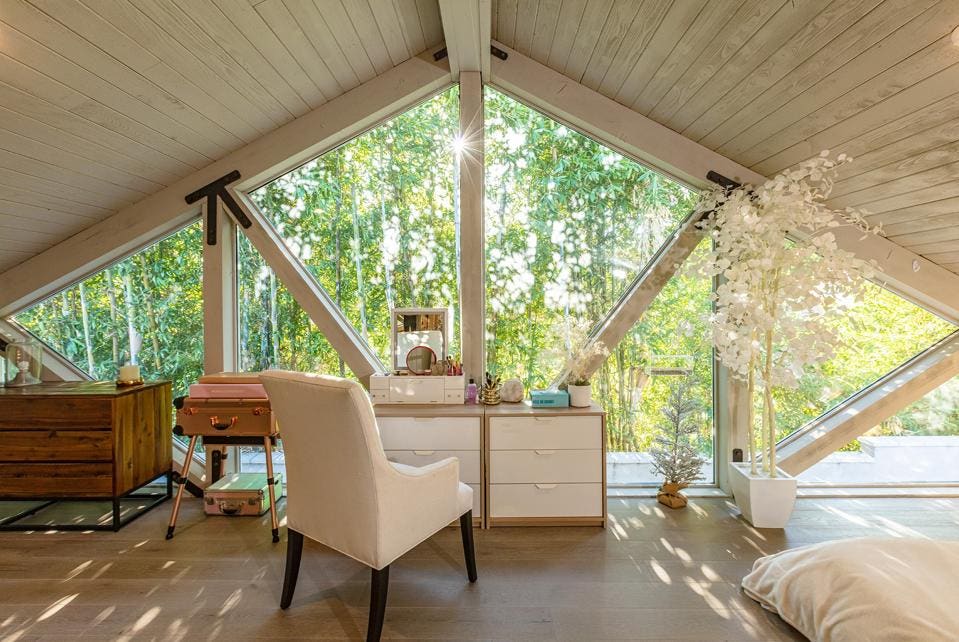 In terms of real estate, Toluca Lake generally sees a trickle of properties come on the market each year, making them prone to bidding wars and high-dollar offers. The median sale price for the area in 2021 is about $1.25 million, records show. In 2018, billionaire businessman Ron Burkle set a high for the area when he purchased the longtime Toluca Lake estate of Bob Hope for $15 million.