Luxury Homes Near The Beach For $18 Million In Barcelona, Maui And Montecito

Coastal and oceanfront properties are coveted for their sunny locales, sandy beaches, and a front-row seat to some of the world’s most spectacular natural views; however, not every coastal home is the same. In this week’s look at the international real estate market, we’re jet-set at finding the ultimate beachfront or coastal property in the $18-million range. From a Midcentury gem in Montecito to a forward-thinking home in Barcelona, here’s a closer look at coastal properties in three locales. 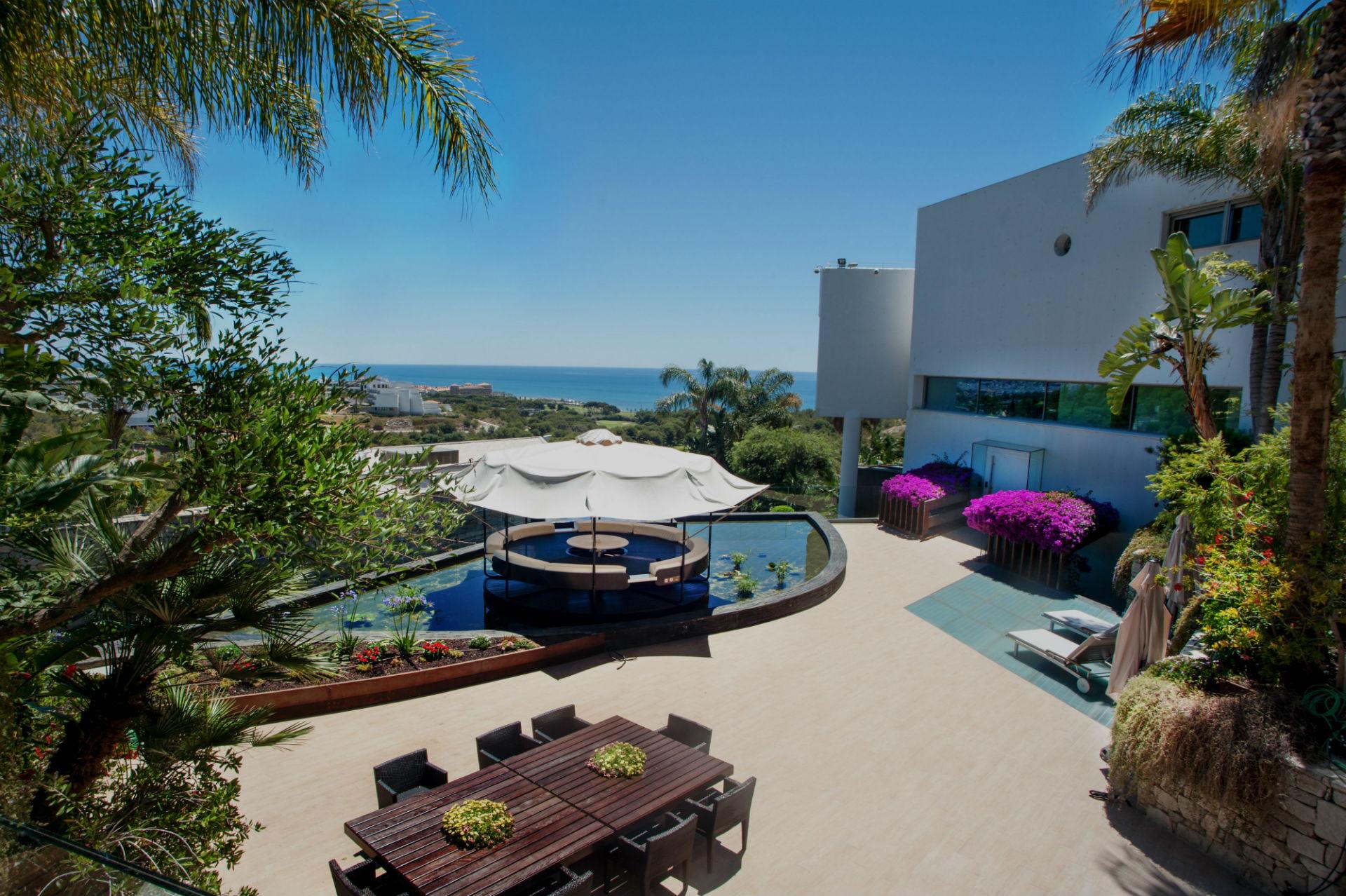 Ocean views are on full display at this designer-done villa in the Sitges area of Barcelona, Spain.

A designer villa near the Mediterranean sea, this modern showplace in the town of Sitges in Barcelona, Spain, leaves little to the imagination with bedroom windows that look directly into the depths of the home’s lap swimming pool. Designed for year-round use, the pool pavilion is enclosed and features a retractable glass roof and a separate spa. Extensive decking further expands the outdoor living space and frames a waterfall-fed pond and teahouse. In another part of the grounds, a conversation pit built into a reflecting pool takes in views of the ocean. 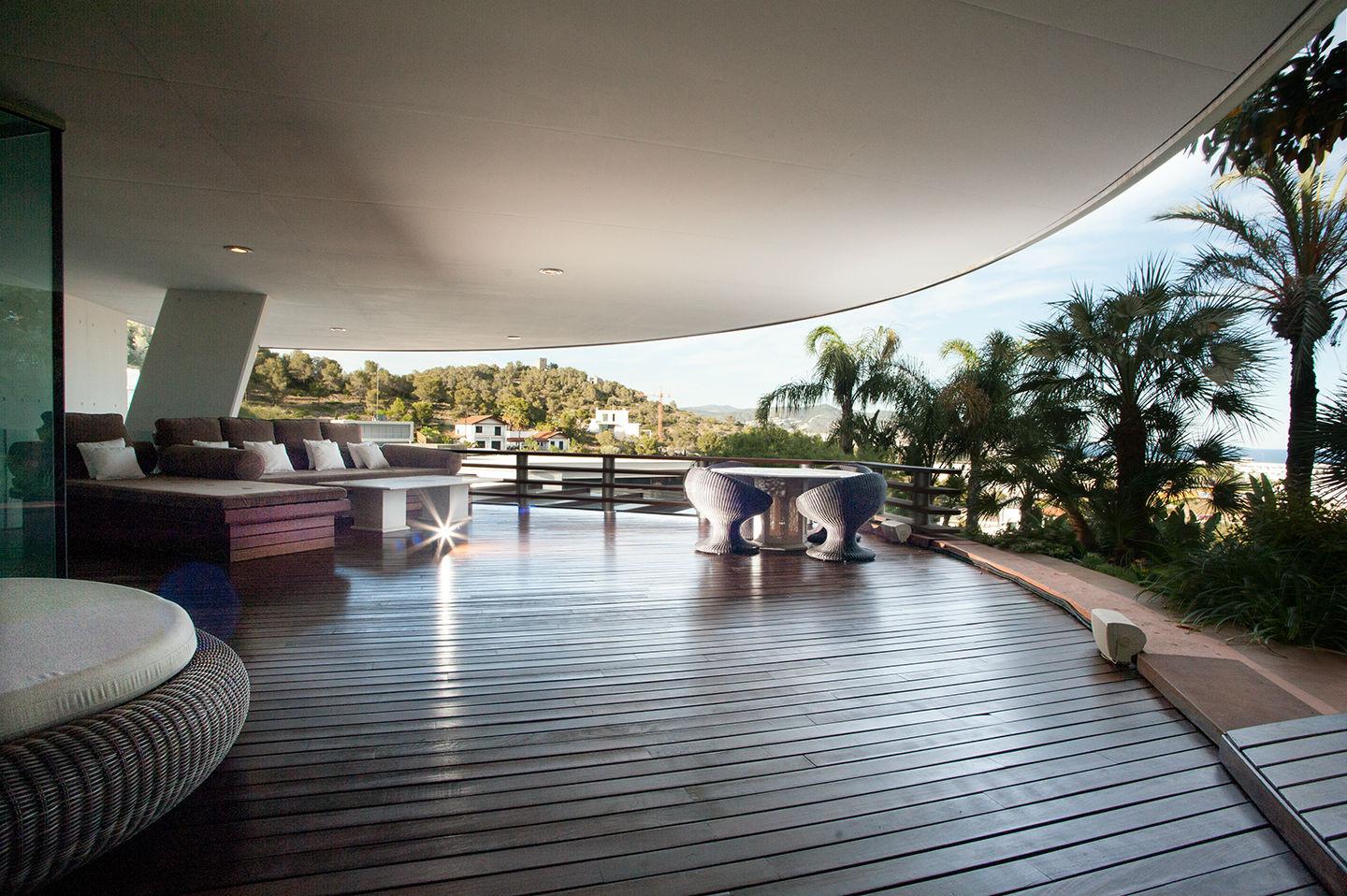 Living space: There are five bedrooms suites including a primary bedroom that opens directly to an ocean-view patio. 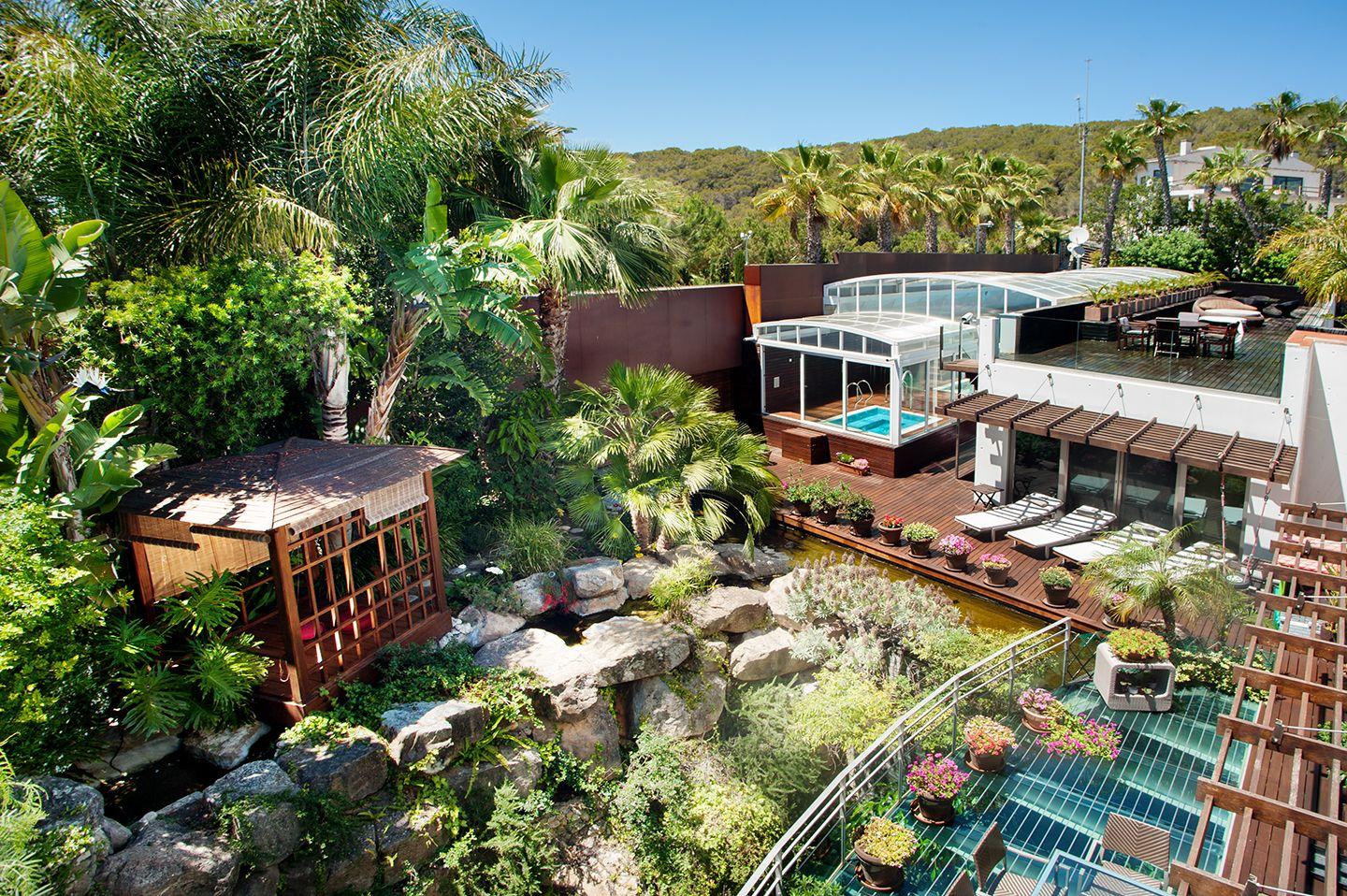 Lush landscaping and unique details lend to the curve appeal of the contemporary home in Sitges.

A world in its own in Maui 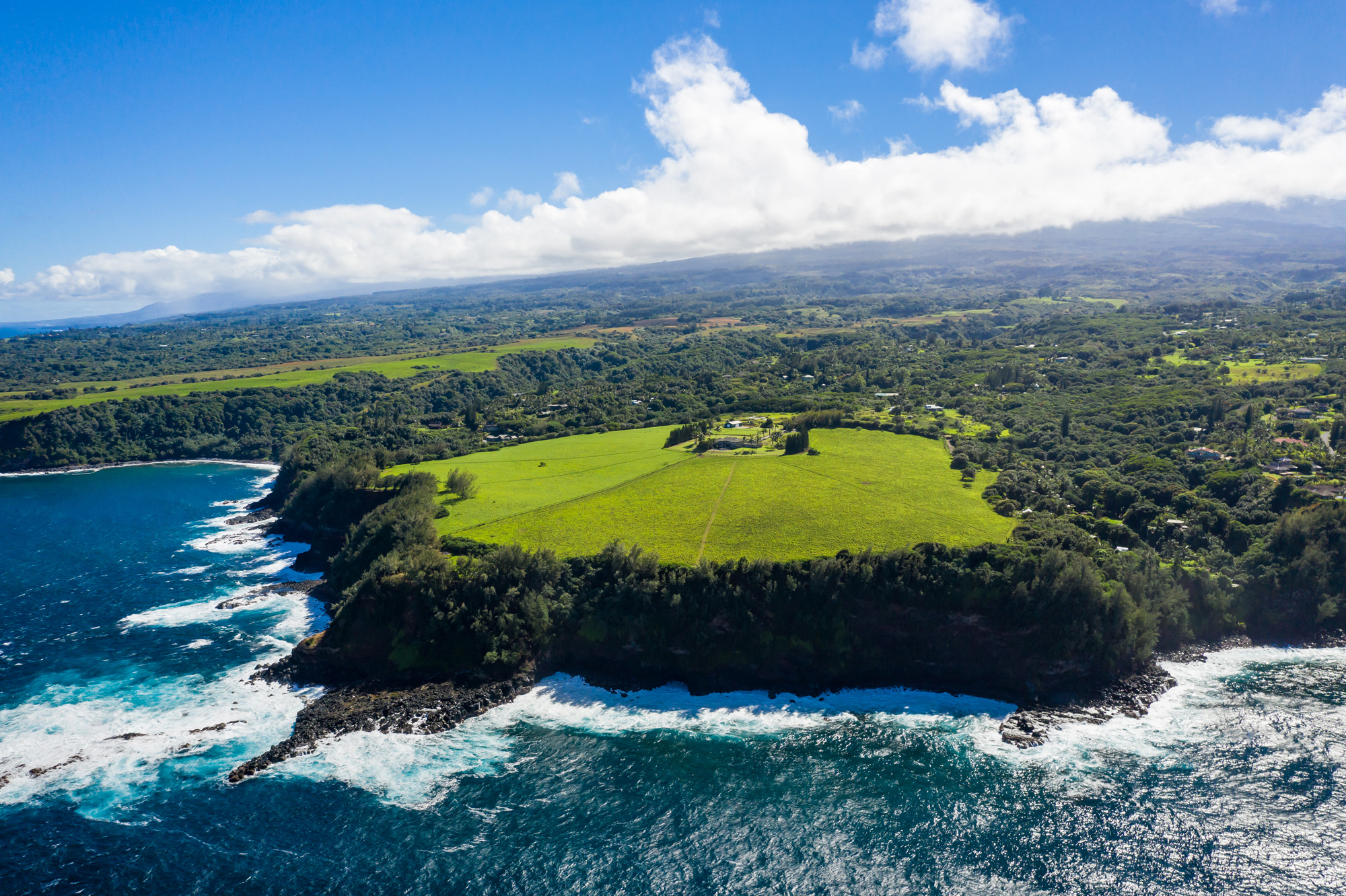 The 73-acre Maui compound is a world in itself and features about half an acre of coastline.

The pinnacle of Keali’i Point, this sprawling compound encompasses 73 blufftop acres between Maui’s Uaoa Bay and Pilate Bay. With nearly half a mile of coastline between the compound and its nearest neighbor, it doesn’t get much more private than the multi-structure property, which has its own PV solar system and a private well. A 25-minute drive to Kahului airport makes it a convenient option for both seasonal and year-round residents. 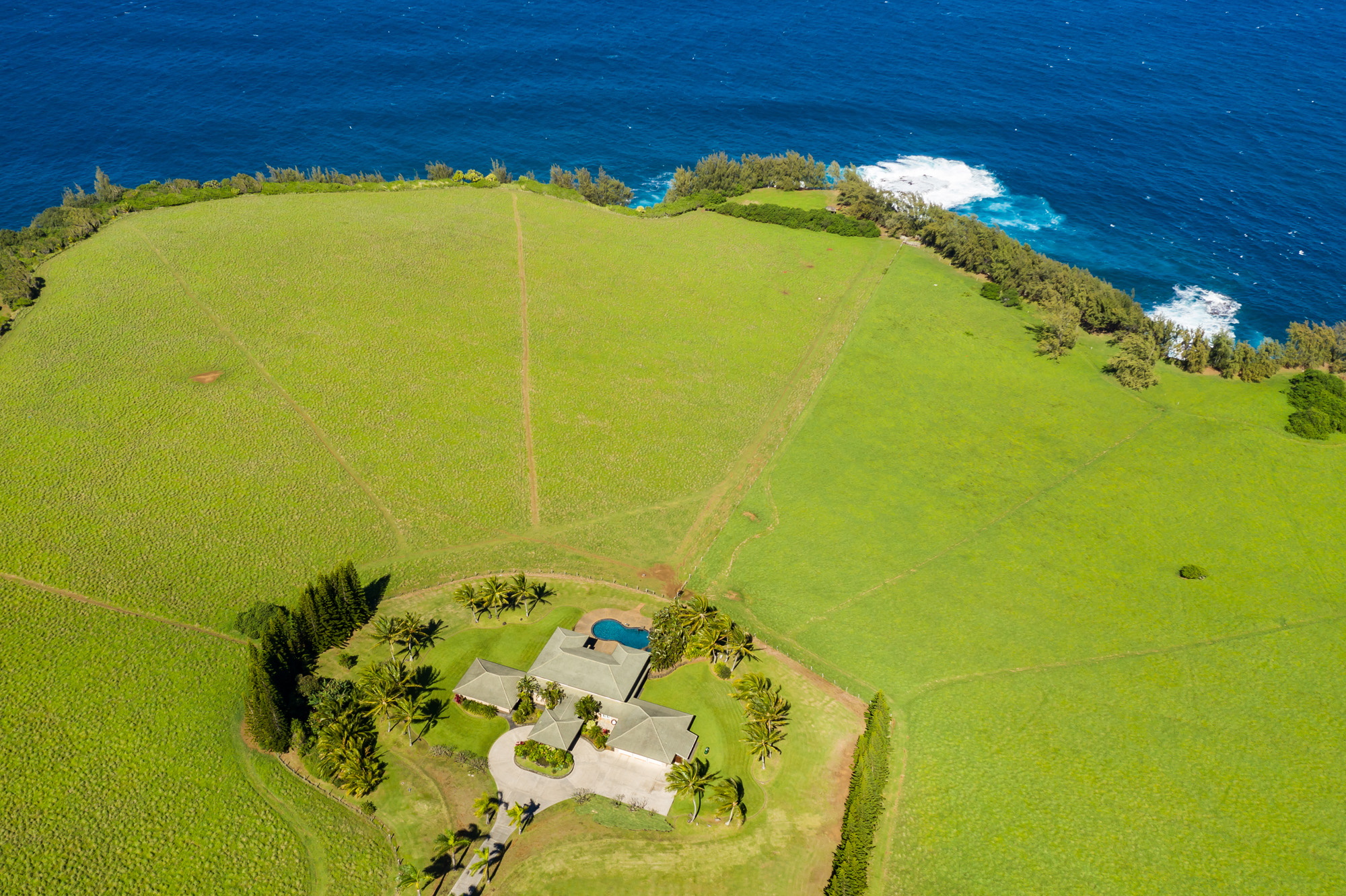 The compound, listed for $18 million, has multiple structures including a five-bedroom main house.

Living space: The 6,000-square-foot main house has five bedrooms and 4.5 bathrooms plus a home gym. Adding another 2,000 square feet of space is the detached workshop. 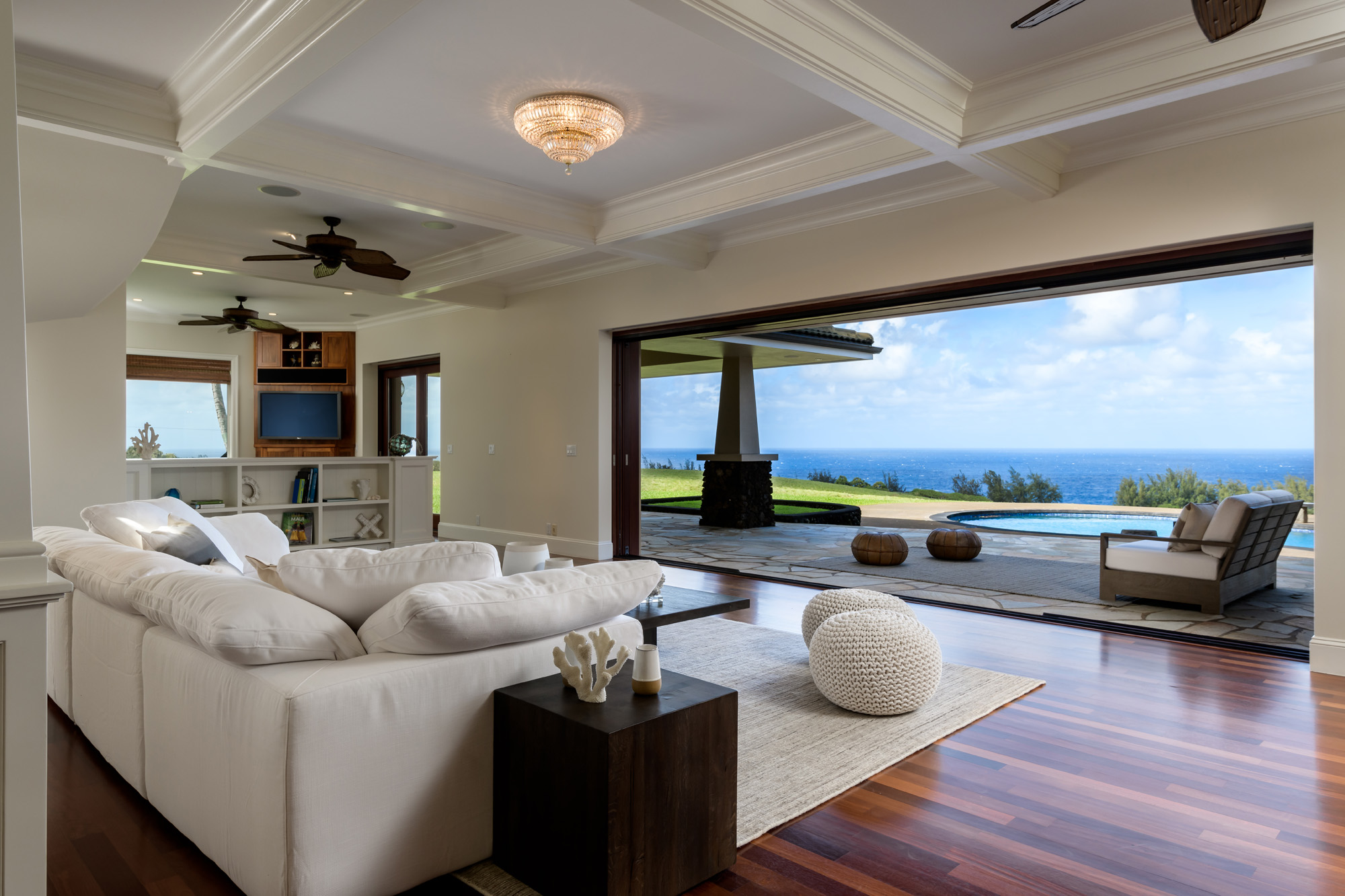 Pocketing walls of glass open to a lanai and swimming pool at 600 Haumana in Maui.

Montecito modernism by the beach 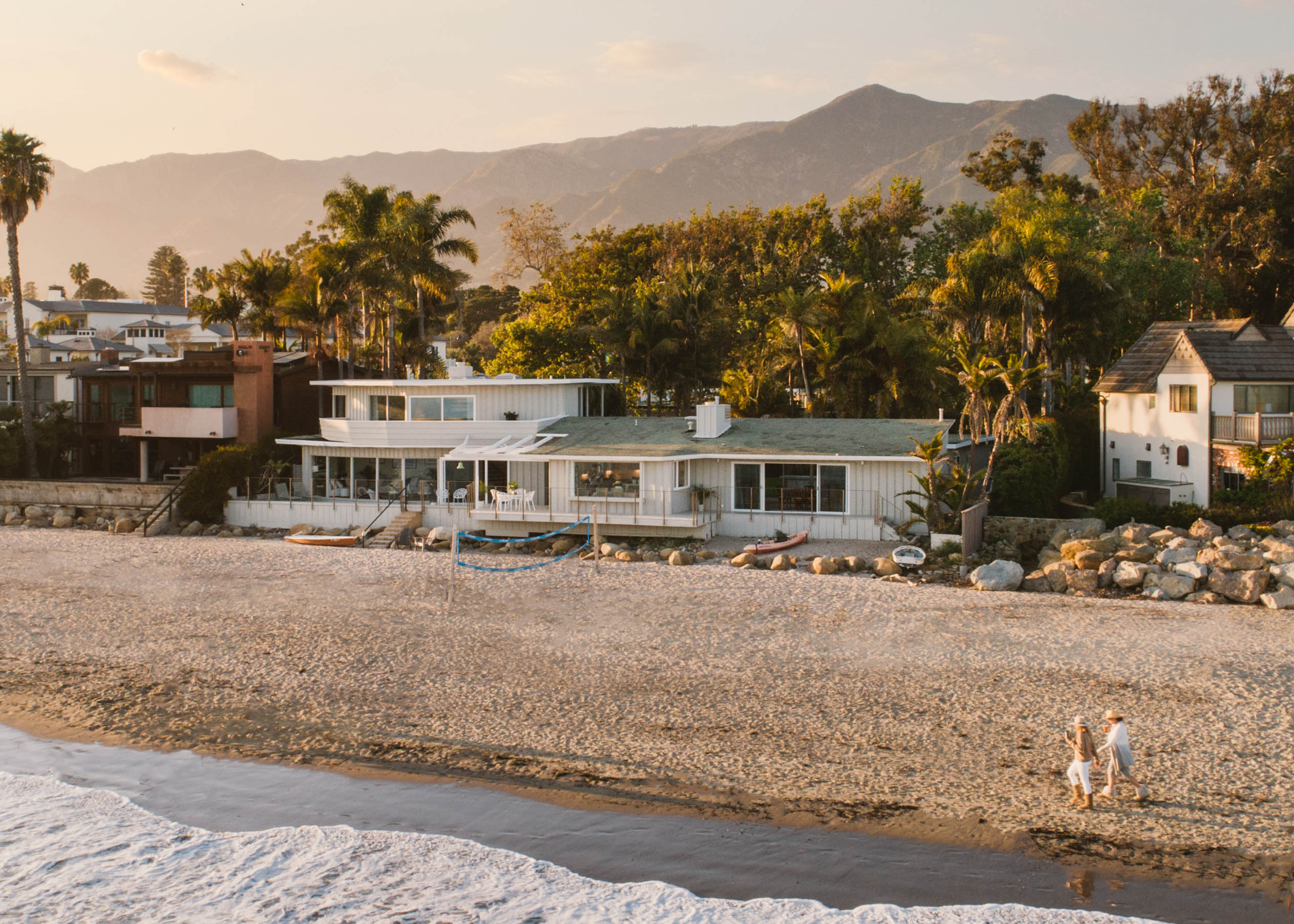 The Midcentury Modern-style home at 1583 S Jameson Lane presides over some 110 feet of Montecito beachfront.

This Midcentury Modern-style compound evokes a ship’s bow with its protruding second story and accompanying balcony that overlook some 110 feet of coveted Montecito beachfront. Designed by local homebuilder and Motel 6 co-founder Paul Greene for his family, the two-story house sits behind gates amid a tropical backdrop of palms, birds of paradise and native flora. A true legacy compound in every sense of the phrase, the compound is in good company with neighbors that include the world-famous Rosewood Miramar Hotel and Miramar Club. 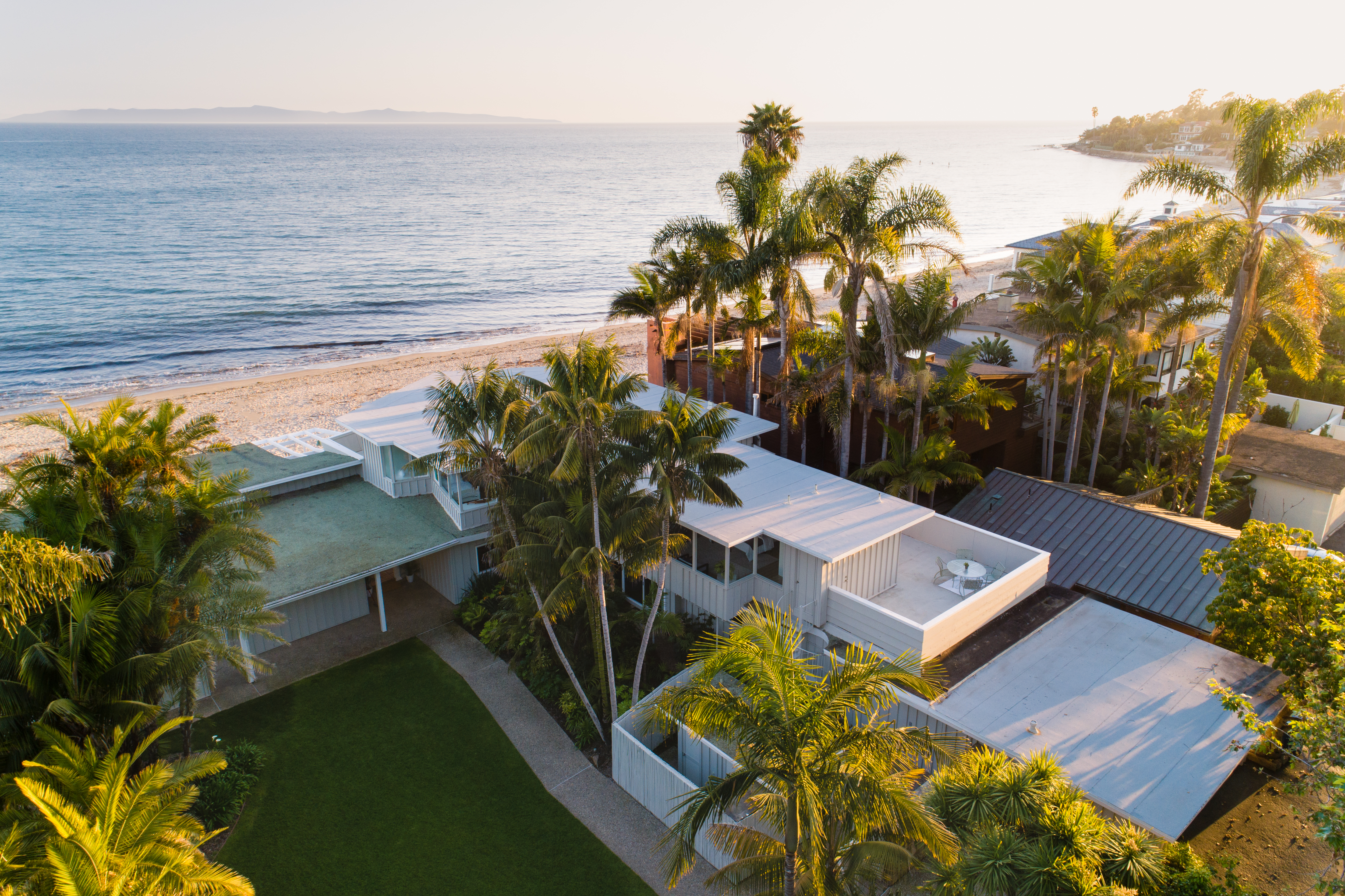 The beachfront Montecito compound is one of three homes in an exclusive gated enclave.

Living space: A guest cottage and separate studio accompany the main house, combining for 9 bedrooms, 7 bathrooms and about 6,500 square feet of living space. 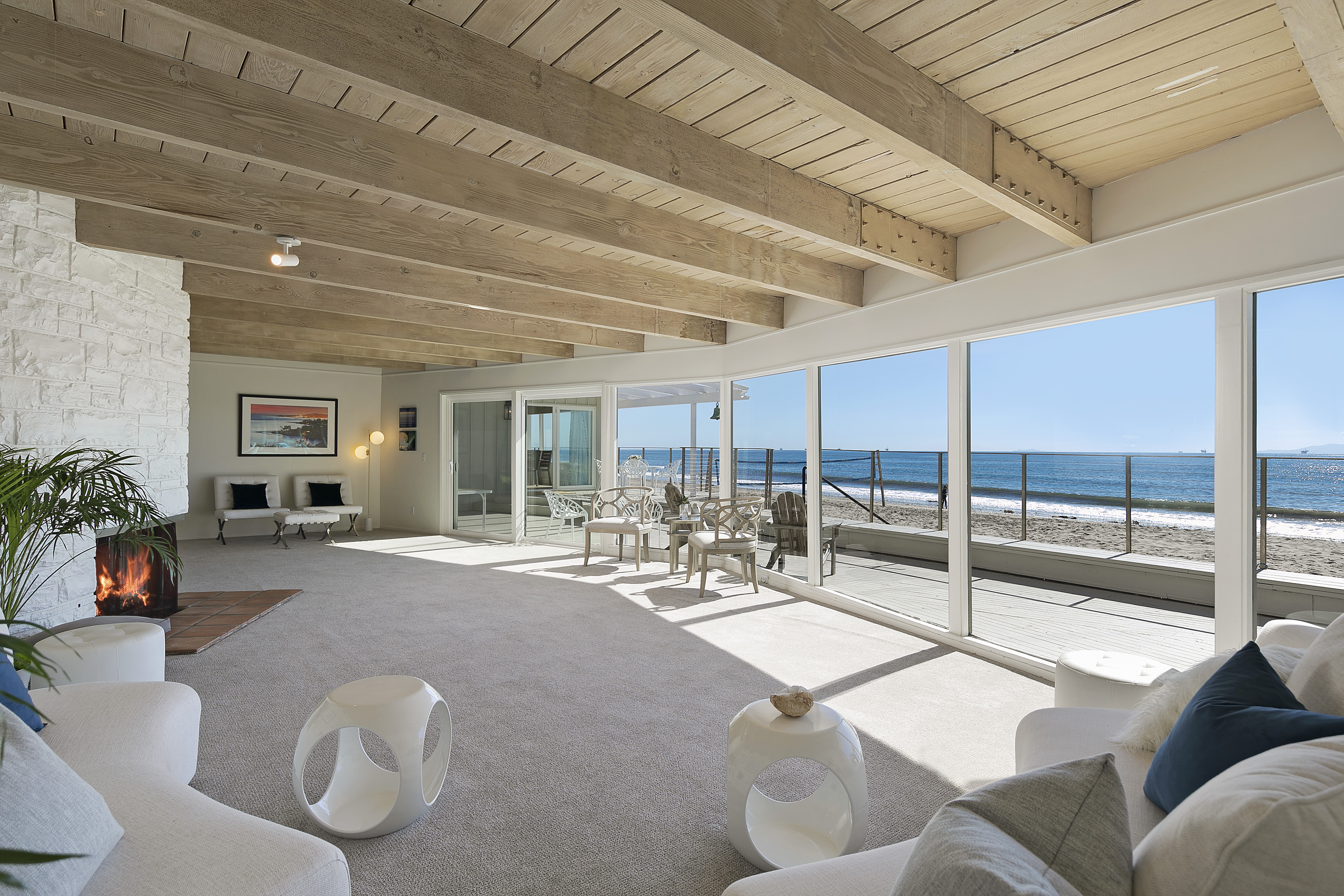 The beachfront Montecito home was designed and built by Motel 6 co-founder Paul Greene as a family compound.