Lord Over This Portuguese Palace With A Winery For $28 Million

What does one do with the summer residence of Portuguese nobility? The privately-owned Brejoeira Palace, just south of Monção, Portugal, offers many possibilities.

Lacking a crown and subjects, one could be a land baron. The 74-acre rural estate includes 44 acres of vineyards, 20 acres of woods and 7.5 acres of gardens. There’s even a lake.

One could be a museum owner. The grand Neo-Classical palace, built on the grounds of a farm and completed in 1834, was designated as a national monument in 1910. A century later, parts of it were opened to the public for tours. 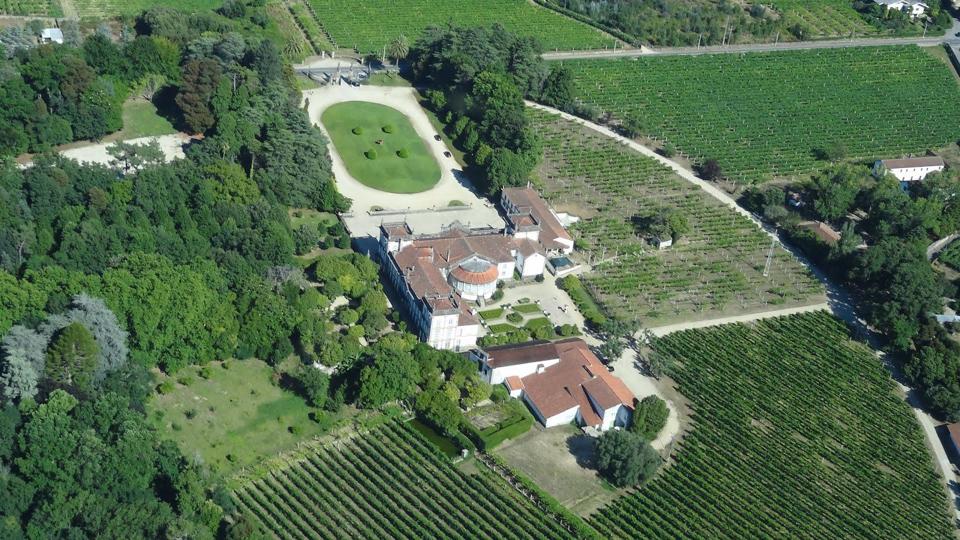 The 74-acre estate has 44 acres of vineyards, 20 acres of woods, 7.5 acres of gardens and private lake. (Immobiliaria Rimontgo)

One could be a vintner. With fertile land and plenty of water, early owners produced wine for their own consumption and supplied local shopkeepers. By the mid-1970s, the winery had been upgraded, Alvarinho grapes were established and Palácio da Brejoeira wines became a commercial enterprise. The grapes, also known as Albariño, are green and produce a crisp citrusy white.

One could use the estate as a full-time residence. Inside the palace are private quarters where a previous owner lived.

Or, all of the above. 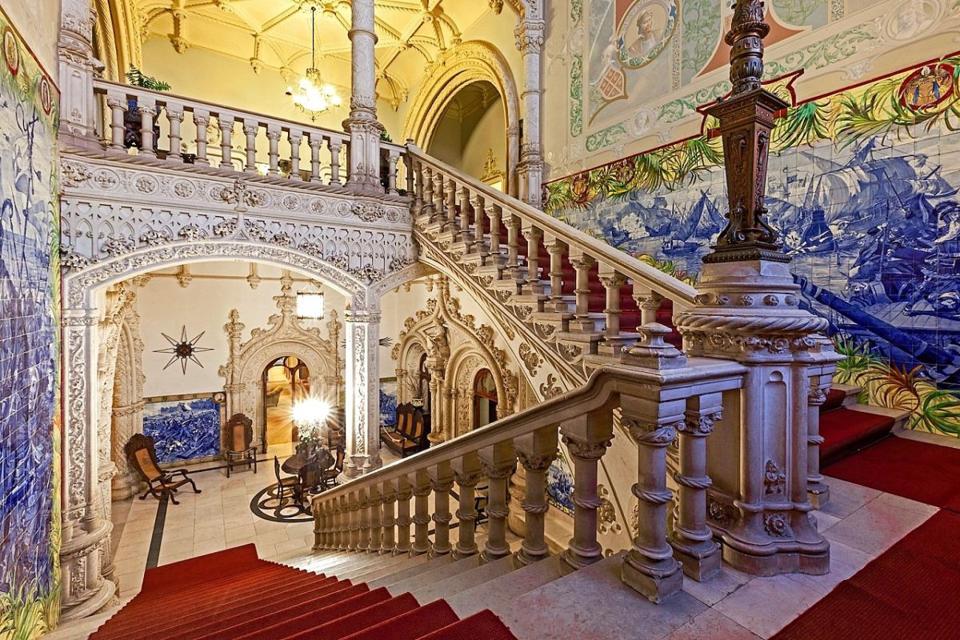 The Portugal palace’s grand design is credited to Portuguese architect Carlos Amarante, who was influenced by English architecture. (Immobiliaria Rimontgo)

The granite, L-shaped palace has three boxy turrets but presents a symmetrical appearance from the front. Rows of arched windows unify the façade. The design is credited to Portuguese architect Carlos Amarante, who was influenced by English architecture.

Among the lavish living spaces is a king’s room outfitted with Empire-style furniture. The opulent dining room is said to be where Portuguese president Antonio de Oliveira Salazar and Spanish ruler Francisco Franco once met. 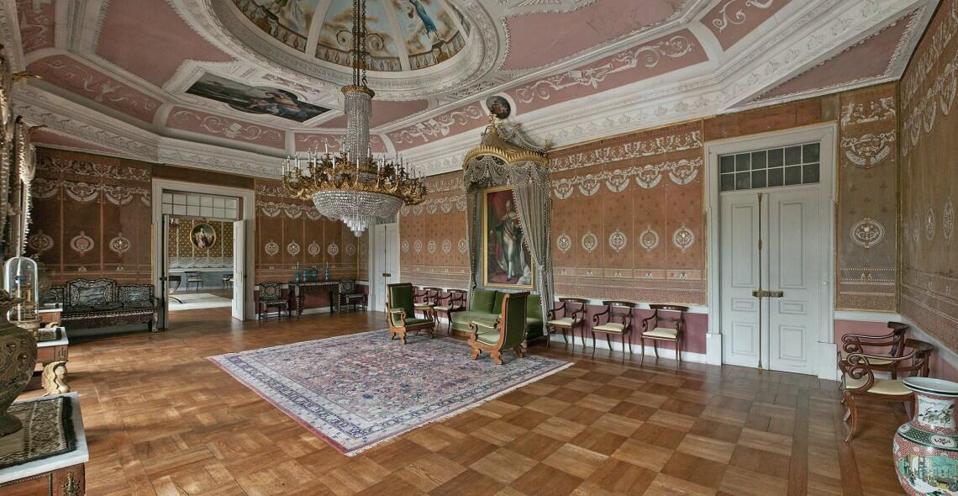 Among the lavish living spaces inside Brejoeira Palace is a king’s room outfitted with Empire-style furniture. (Immobiliaria Rimontgo)

Bright murals, ceiling medallions and other exotic embellishments decorate the halls. Ornate scrolling defines the stairway banisters. A large library and a theater are among the public rooms.

A private chapel, with gold gilded columns and a barrel ceiling, is also on the grounds.

The palace is available for purchase at slightly more than $28 million. 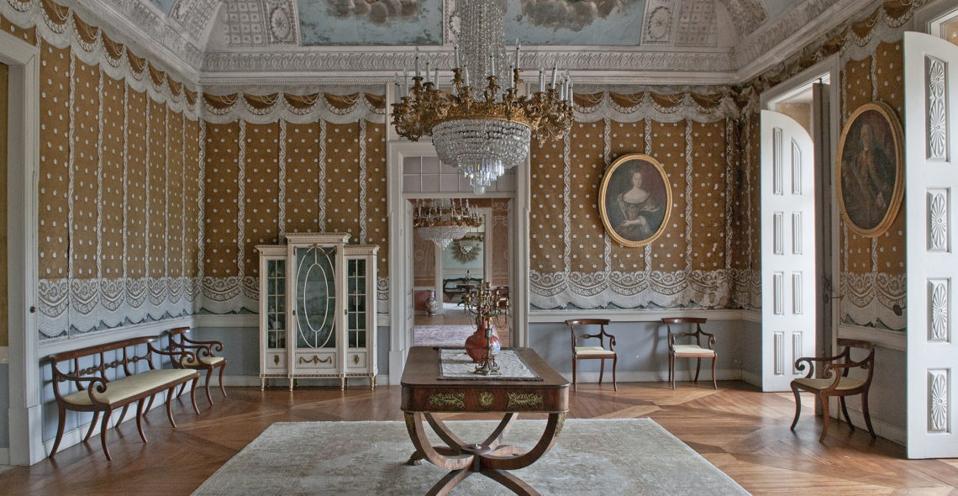 Further details about the property are available from listing agent Puri Mancebo of Immobiliaria Rimontgó, a founding member of Forbes Global Properties.

The closest domestic airport to Monção, which has such tourist attractions as museums, churches and a medieval castle, is 13 miles away. The international Santiago de Compostela Airport is about 57 miles by car.

There are no restrictions to keep U.S. citizens from buying real estate in Portugal.