The beach towns that decorate the coast of Los Angeles County, while sharing many similarities such as sunny weather, highly desirable real estate and a dreamy, laid-back glamour, are not all made the same—each has idiosyncrasies that define both reputation and reality.

There’s Venice with its bohemian charms, Malibu with its dramatic beauty or Manhattan Beach with its luxury suburban comforts. 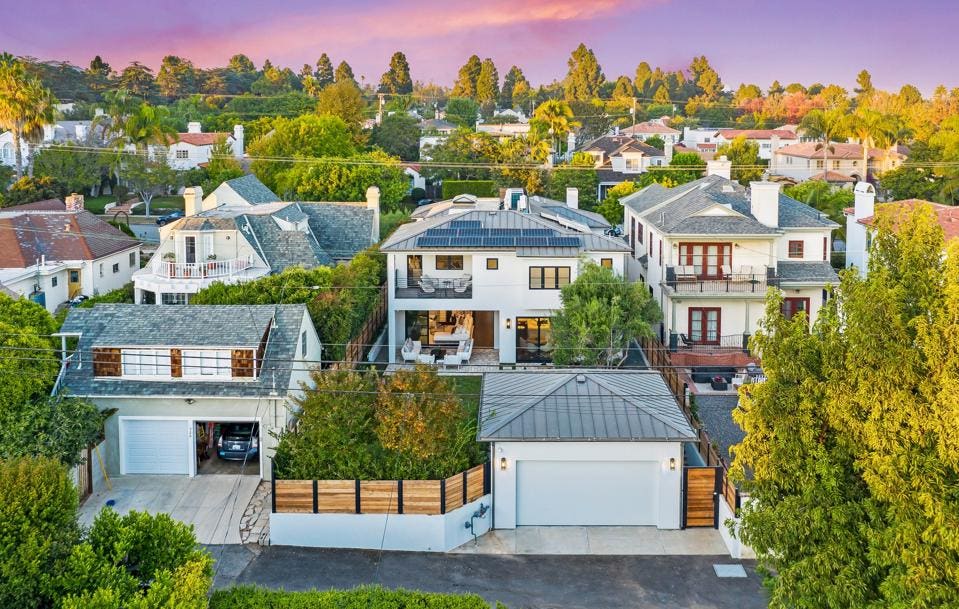 A row of multimillion-dollar homes on 12th Street in Santa Monica. (HILTON & HYLAND)

With pockets ranging from homey to lively to artistic to sporty dotted about the sixteen square miles that comprise this beachfront city, Santa Monica can seem too diverse to give a singular definition.

“It’s a little calmer than, say, Venice, which is more urban with smaller streets and smaller lots,” said Bjorn Farrugia, a luxury real estate specialist at Hilton & Hyland. “But it’s speedier than Santa Barbara, and there’s a lot more of a vibe—it’s somewhere in that balance.”

A long-time favored choice for homesteads and vacations, recent years have only shown Santa Monica’s popularity continues to grow. 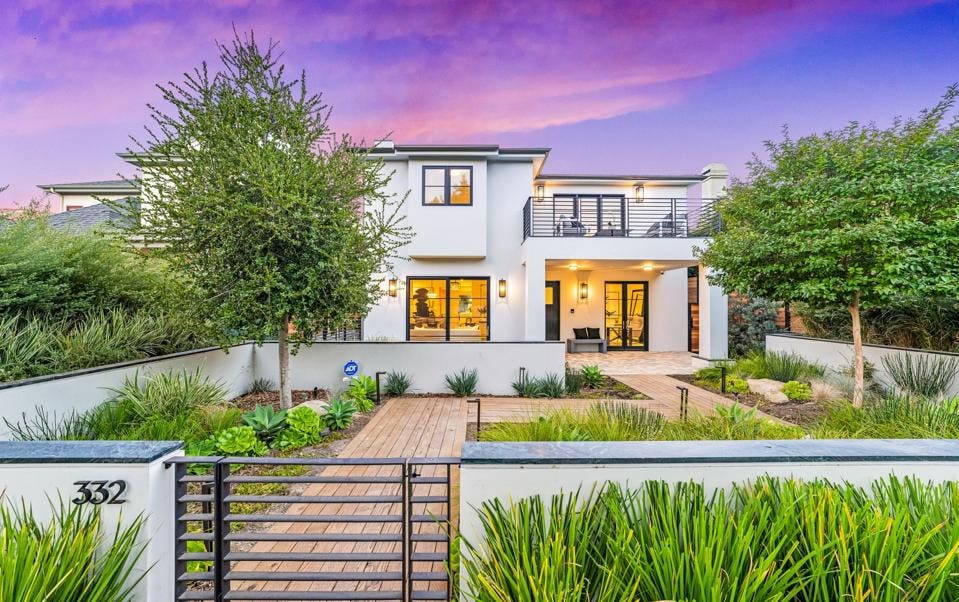 Even though the lots are smaller, Santa Monica residents like to maximize the outdoor living space. This refreshed luxury home at 332 12th St. features a large entry courtyard and a heated dining patio. (HILTON & HYLAND0

Housing in Santa Monica comes in all shapes, sizes and styles—from luxury condos to craftsman houses to beachside mansions.

Common characteristics of a Santa Monica home are second-story terraces, curated and groomed outdoor spaces featuring fountains and greenery and large windows and french doors to bring in the sun and ocean breezes.

To address housing shortages, development regulations across the city and the state recently changed to allow for multi-family units to be built on single-family lots, meaning many homes currently on the market are newly renovated or entirely new constructions. 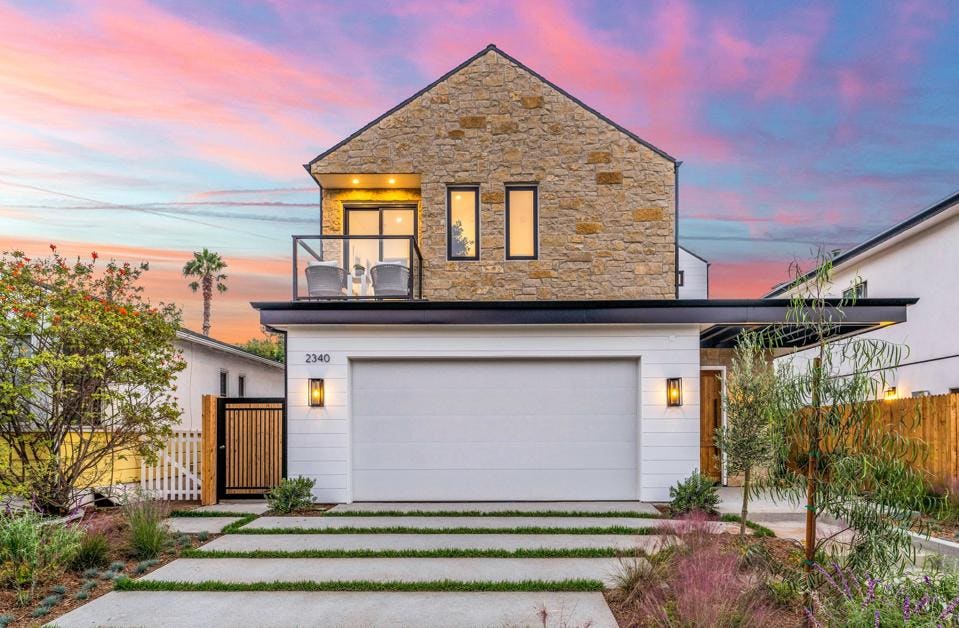 Farrugia in November sold a newly built home by Orange County-based builder Revere Real Estate for $3.94 million—about $140,000 over the asking price. As of December 2021, the median sale price in Santa Monica was $1.91 million, according to data from Realtor.com. HILTON & HYLAND

The Market In Santa Monica

As of December 2021, the median sale price in Santa Monica was $1.91 million, according to data from Realtor.com.

With updates to building codes allowing for more development opportunities, the value of single plots has increased. Still, even before these changes, Santa Monica’s median sale price has been on a steady climb, up 30% since this time five years ago.

“The values have gone up quite a bit in the past ten years. In 2017, I had a sale for $11 million, which was the highest sale north of Montana Avenue between 7th and 26th. Now, those kinds of sales happen five times a year,” Farrugia says. 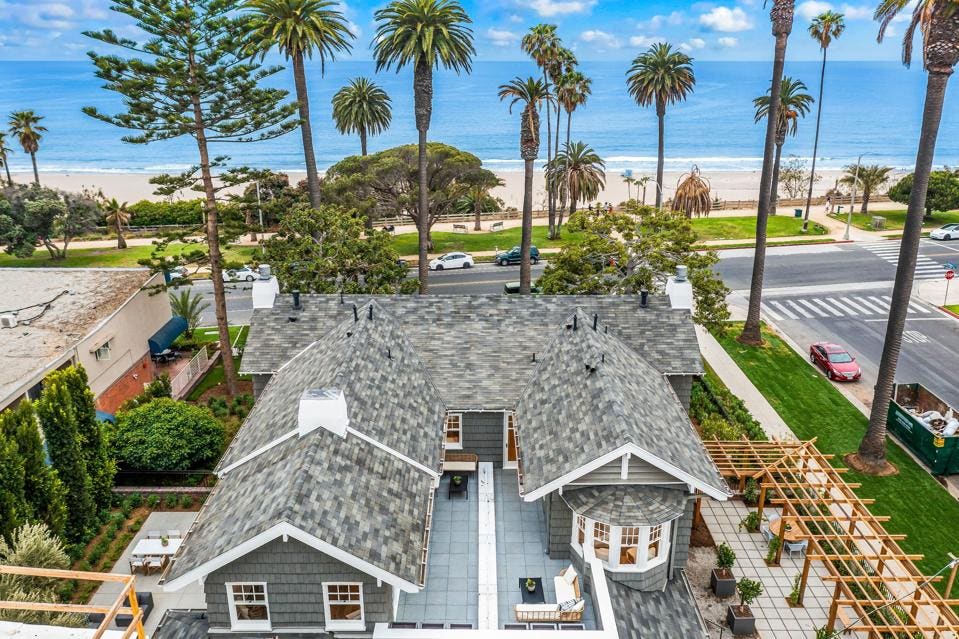 Housing options in Santa Monica range from new to old. This luxury townhome across from the beach on Ocean Ave. represents the reimagining of a Robert D. Farquhar-designed landmark. (HILTON & HYLAND)

As with any beach town, location plays a significant role in determining property prices. Homes near the beach make up some of the highest price points, as do the distinguished hillside homes of neighborhoods like North of Montana.

The Vibe Of Santa Monica

“The area is laid-back, easy-going—the great weather and the beach are all part of that,” said Farrugia. “But it’s also got a metropolitan vibe. You can walk places—go grab a coffee, stop in a restaurant like you were in SoHo.”

The community of Santa Monica also prides itself on its eco-conscious efforts, making the city one of the most sustainable in the country. Using strategies like alternative fuel-run city buses and new green building codes, the city hopes to achieve carbon-neutrality by 2050.

In 2019, U.S. News and World Report named both Santa Monica High School and Malibu High School as Top High Schools in the nation and state, ranking 914 in the country and 134 in the state and rankings of 817 125, respectively.

In addition to these schools, SMASH (Santa Monica Alternative School House), an alternative school founded in 1973 which emphasizes “non-authoritarian, non-competitive, non-sexist methods,” is also a part of the Santa Monica-Malibu Unified School District.

Options for private schooling are many, with schools both parochial and nonsectarian, including Saint Monica Catholic High School, Crossroads School and Carlthorp School.

Although often thought of as a part of Los Angeles, Santa Monica is a separate city. Downtown Los Angeles is roughly fifteen miles away or about a 45-minute drive.

Directly to the north is the Pacific Palisades and a bit further lies Malibu. Three miles to the south, or a 20 minutes bike ride along the shoreline, is Venice Beach.