After less than two months on the market, the iconic Melbourne estate known as Namarong has sold for more than AUD 24 million (about US $16.68 million) at a private auction, Forbes Global Properties has confirmed.

The 3,370-square-meter mansion was listed in late April by Michael Kantor—a theater director and nephew to media mogul Rupert Murdoch—and his wife Silvia after more than a decade of homeownership. 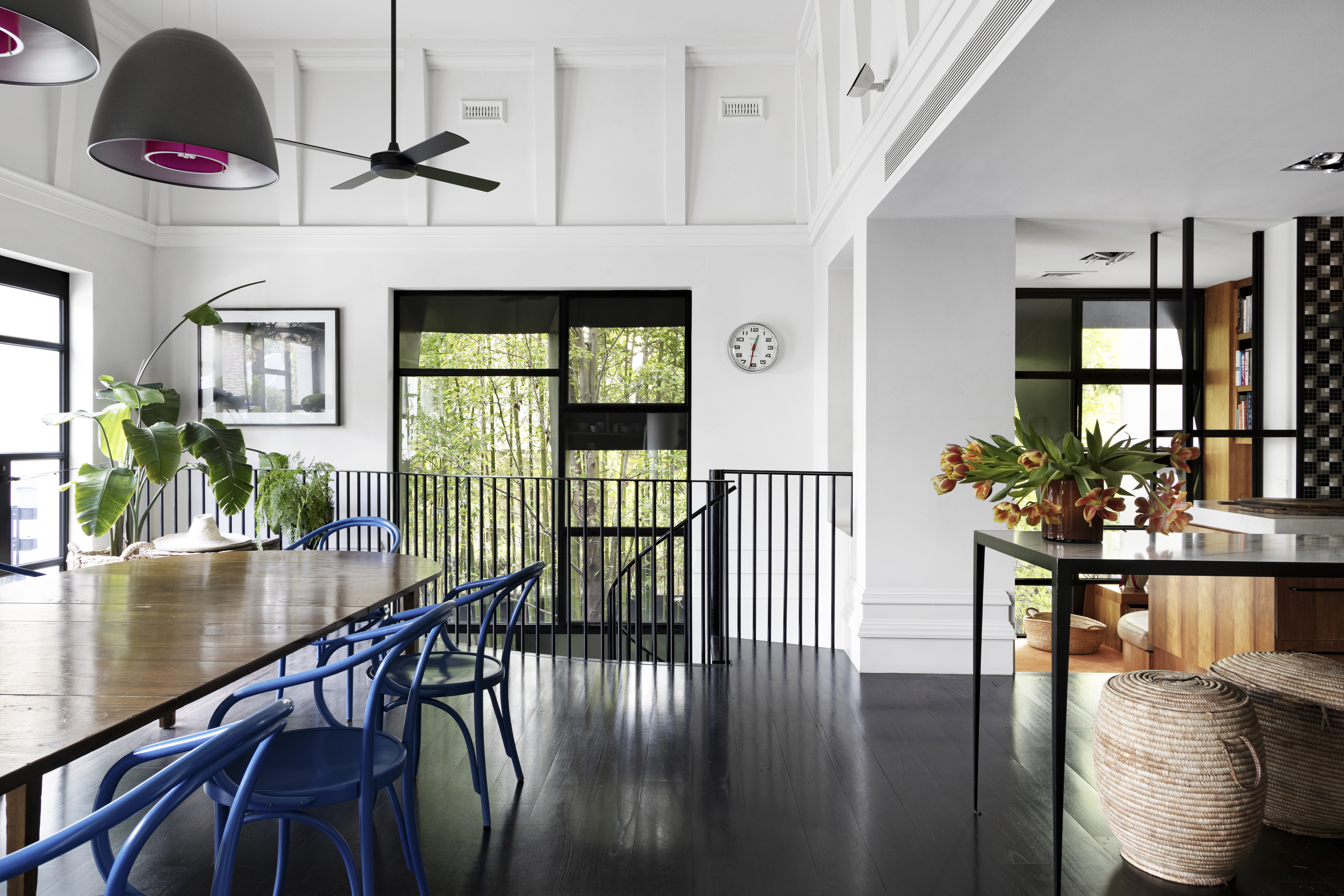 Prior to the Kantors, Namarong was owned by art dealer Rod Menzies, who in 2000 paid AUD 3.425 million (US $2.48 million) for the trophy property. Former Toll Holdings managing director Paul Little is among other former owners.

Built in 1868 for a wealthy shipping merchant who chose the home’s perched, hillside location to watch over his ships moving in and out of Port Phillip Bay, the estate sits in the suburb of Armadale, directly south of the popular Toorak neighborhood. 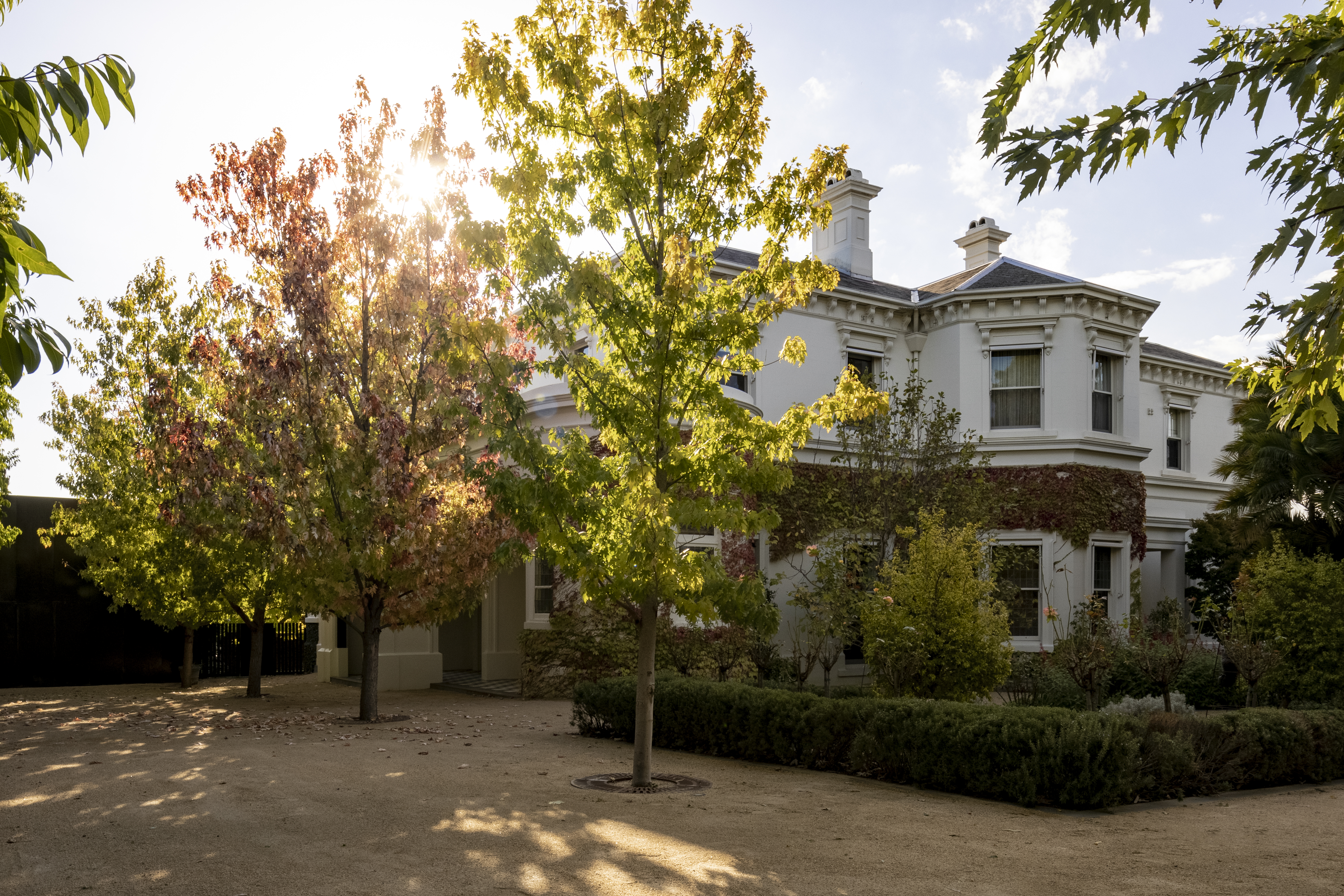 The grand estate was built in 1868 for a wealthy shipping merchant who selected the home’s hillside position in order to watch the comings and goings of his ships in Port Phillip Bay. (Private Property Global)

The home’s iconic Victorian facade is fronted with ornate corbels and cornices, a gently-sloped roof and an ivy-coated facade.

Inside, an artful combination of classical and modern elements blend to produce a timeless yet contemporary feel. Traditional molding, interior columns and an array of glass-paneled french doors can be seen next to more fashionable touches such as minimalist framed windows, a vibrant, orange carpeted stairway and sleek cabinetry. 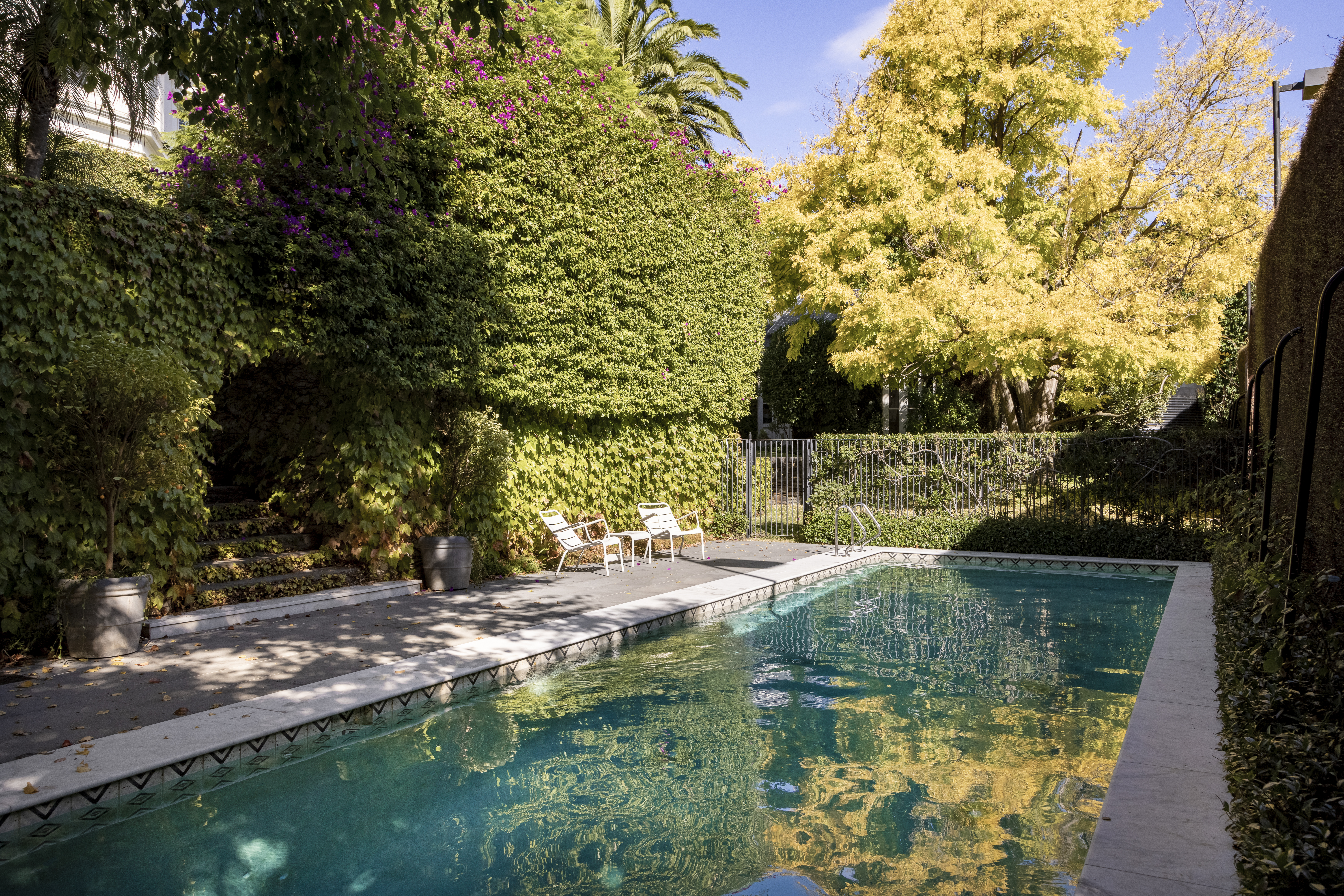 An outdoor swimming pool is among the amenities. (Private Properties Global)

Other highlights include a stately library, a rounded terrace overlooking the estate’s well-attended grounds and a sprawling tennis court, as well as a movie theater, wine cellar and outdoor swimming pool.

The sale comes at an interesting time for the Australian housing market which is seeing a cool down after an unprecedented. Still, there are reasons to be optimistic about the high-end luxury market, says Michael Gibson, who along with Robert Fletcher and Ken Jacobs, all of Private Properties Global, managed the sale. 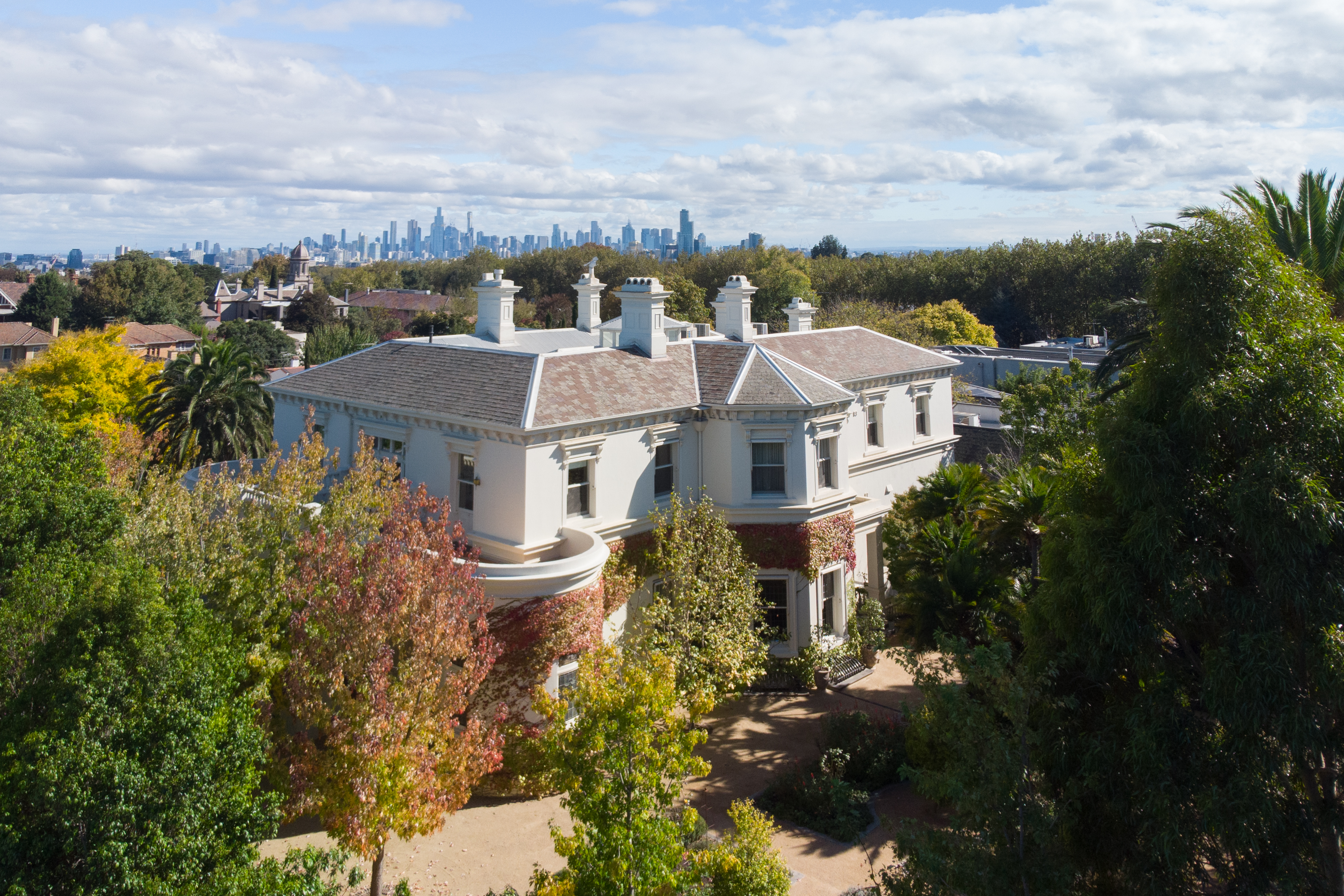 The landmark home has a livable, yet high-style vibe. (Private Property Global)

“The market at the upper end remains very strong. There is enormous interest in it as seen by the fact that we have multiple buyers on each property we are selling,” Gibson recently told the Australian Financial Review. “In fact, there appears to be a shortage of supply.” 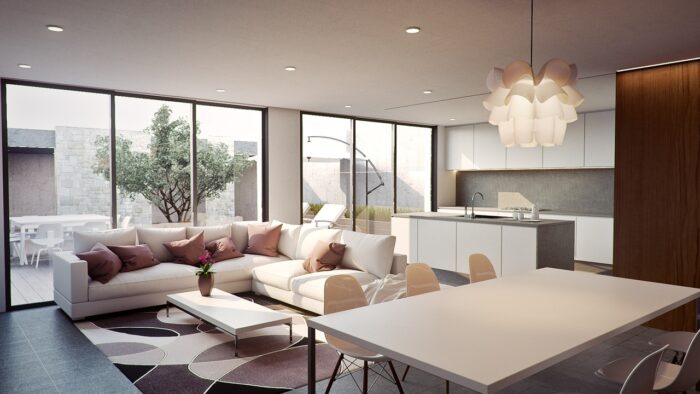