In today’s episode of “Lifestyles of the Rich and Famous,” pop superstar Katy Perry recently sold a property in the Beverly Hills Post Office area of Los Angeles for $7.475 million. That’s about $500,000 less than what Perry eyed last year when she listed the property with Hilton & Hyland’s Brett Lawyer but nearly 10 times the median sale price for single-family homes in Los Angeles—$800,000.

Located in Hidden Valley Estates, a highly private guard-gated community popular among celebrities, the three-story home was owned by Perry for about three years. It has about 4,400 square feet of living space, a formal entry and an oval-shaped swimming pool, according to the listing with Brett Lawyer of Beverly Hills-based real estate firm Hilton & Hyland.

The main floor is comprised of large formal spaces, which include a living room with a fireplace, and a lavish dining room with French doors. The family room is equipped with built-ins and a bar. 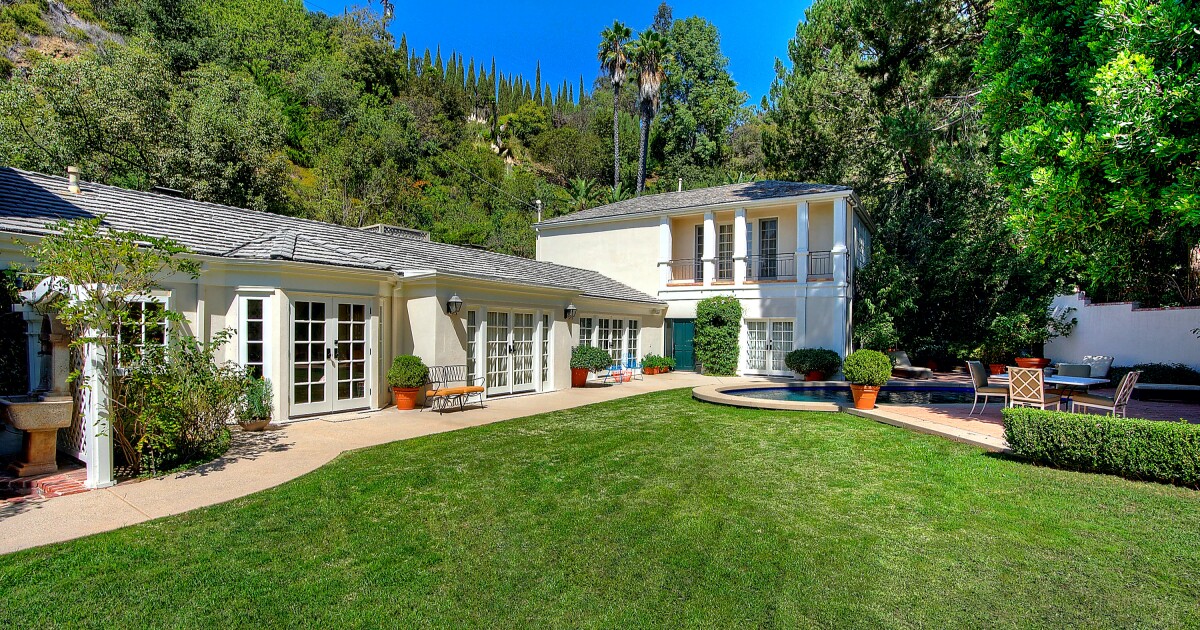 Divided into two wings, the second story consists of the main suite with dual closets, a sitting room and a second story with two en-suite bedrooms and a gym. More bedroom suites and a second gym lie on the third flow. Balconies from the top floors survey the grounds, which span more than an acre.

Positioned between Franklin and Coldwater Canyon, the Hidden Valley Estates community is coveted for its 24-hour, guard-gated security and expansive lots that can cover more than an acre. In addition to Perry, past and present residents of Hidden Valley Estates include Adele, Jennifer Lawrence, Nicole Kidman and Cameron Diaz. Actors Ashton Kutcher and Mila Kunis are currently seeking $12.25 million for their East Coast Traditional-inspired home in the neighborhood.

For Perry, the “I Kissed A Girl” singer-songwriter owns multiple properties in Southern California. A Santa Barbara native, Perry this year published her latest album, “Smile.” Her other hits include the songs “Dark Horse,” “Roar” and “Teenage Dream.”