It’s alive! That’s what we learned about the New York City real estate market during the first quarter of 2021. Somehow the new year awoke in New Yorkers a realization of their commitment to life in the city. Low prices, at levels not seen since 2011, combined with record low interest rates and the prospect of a new presidential administration galvanized buyers. Inventory, which had climbed as high as 9,600 units in late October, subsided to just over 7,000 by the end of March.

The market heated from the bottom up: the first to go were the studios and 1-bedrooms, even as the upper market remained in the doldrums. Then activity crept up so that 2-bedroom units, anything priced under $2 million, were also in demand. Finally, by early February the high-end condo market became busy; sales at $4 million and above reached over 30 units per week and stayed there for the past 8 weeks, creating by quarter’s end the longest run of sales at those levels in 15 years. 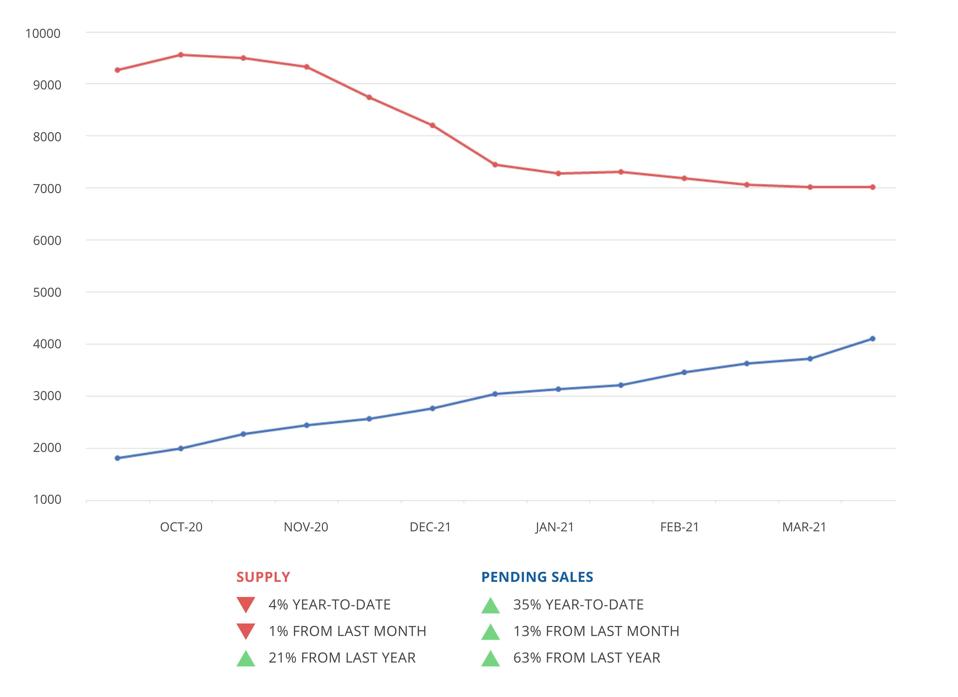 Another phenomenon which has made a comeback in Manhattan: competitive bidding. This phenomenon never entirely disappeared in Brooklyn, where inventory climbed less precipitously, absorption remained higher, and bidding never stopped being competitive. But in Manhattan, the return of competitive bidding has become big news. Only 2 weeks ago, a Warburg listing of a 6-room, renovated apartment on the Upper West Side (asking in the mid-$2 million range) drew 22 staggered open house attendees, 6 offers, and a sale price 10% over the ask. We have seen variations of this scenario playing out in homes of all sizes. Well-priced units, especially those in great condition, are drawing attention from a large group of motivated buyers who want to make sure they get their bite of the Big Apple before it’s too late. Although they are shocked at first to find demand so much stronger than they anticipated, these buyers understand that for the good stuff, they now need to act quickly.

It was different 6 months ago. During the second half of 2020, as real estate throughout the country took off after lockdowns ended, New York’s market struggled to revive. The city was so hard hit by the first wave of COVID that it seemed as if even long-time residents had lost confidence in the resilience of New York. So many of the joys of urban living were unavailable: restaurants, concerts, movies, theater, sports – all had closed down. Those who could left town, and everyone worked from home. It wasn’t clear, even at the end of 2020, how the city might be reconfigured to accommodate post-COVID living priorities. 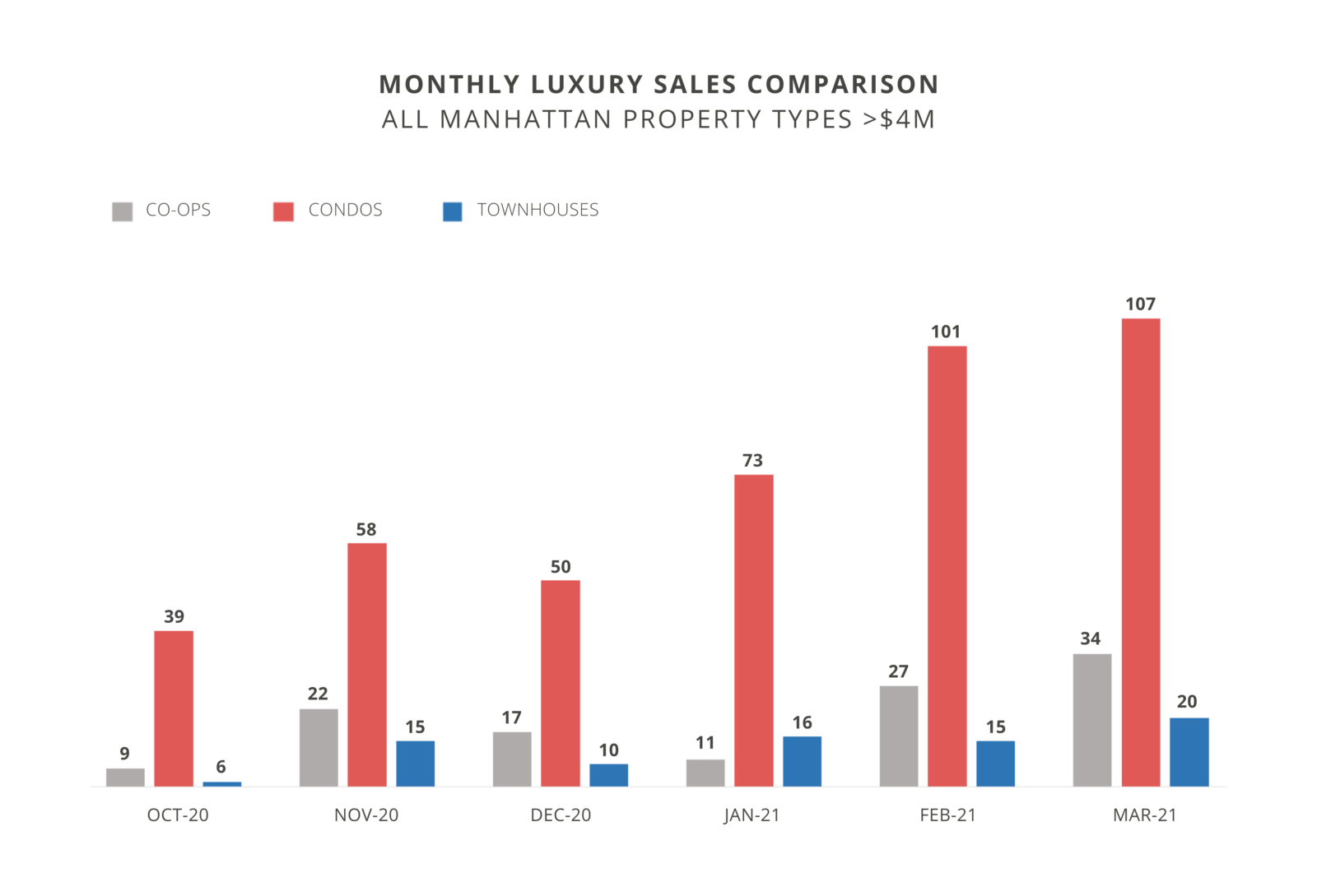 Although the market was very slow, some deals made during the fall season provided insight into what New Yorkers might be looking for as the city came back to life. Terraces attracted buyers who had spent months in lockdown inside their apartments. Parents of school-age children moved within walking distance of their kids’ schools. And everyone wanted a home office or two. These trends have only continued and broadened as the market gained momentum during January, February, and March.

While prices have not risen significantly through this quarter, they are likely to begin an ascent during the spring season. Those buyers who awaited “the bottom of the market” now feel fearful that they might be missing it. Hopefully, more inventory will reach the market in April and the many buyers who are pressing in looking to make a decent deal (with a cheap mortgage) before the market becomes even more competitive can find their dream home (or a reasonable facsimile thereof) as New York gradually returns to life.