In this week’s look at real estate worldwide, I dove deep into three popular destination cities in France, Mexico and Spain to find out what $3.4 million buys in each housing market. From a romantic villa in San Miguel de Allende to a cliffside home in Jávea to a furnished apartment in the French Alps, here’s a closer look: 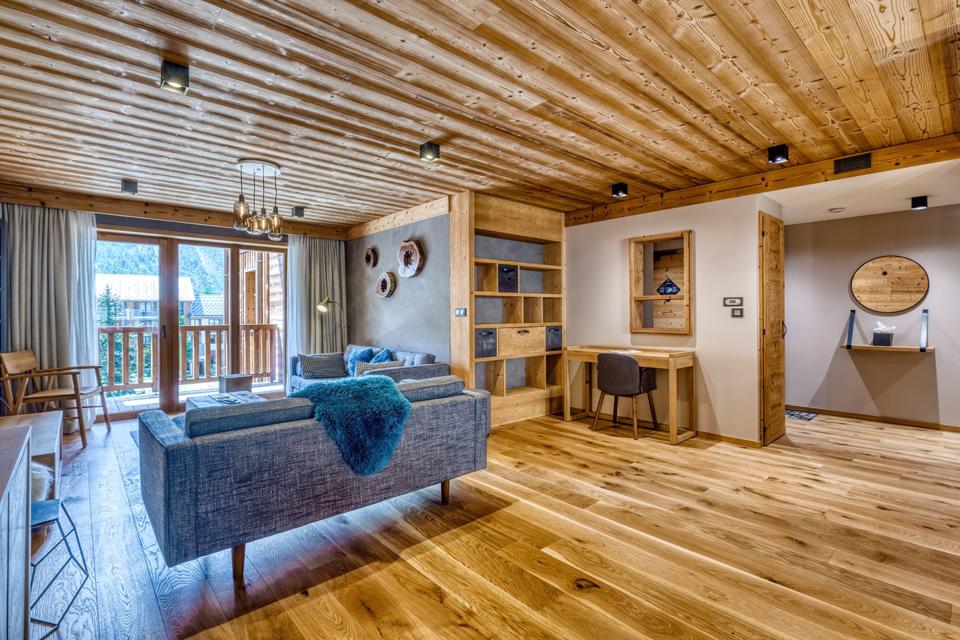 Val d’Isère in the Savoie region is considered among the most user-friendly of the major European resorts and pairs world-class skiing (186 miles of groomed trails and 78 lifts) with a quaint mountain atmosphere and exceptional dining that includes Michelin 2-star restaurant L’Atelier d’Edmond. This designer apartment in the Val d’Isère city center is a stellar example of the highly amenitized residences offered in the area and offers proximity to all the local delights and lifts. 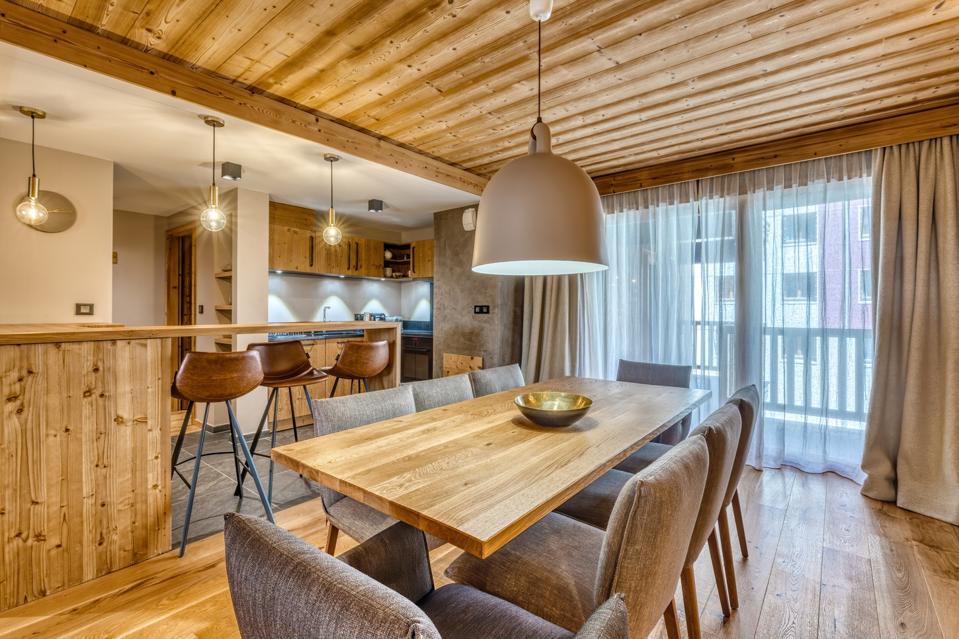 The three-bedroom apartment, listed for about US $3.332 million, is offered fully furnished. (Comptoir Immobilier) 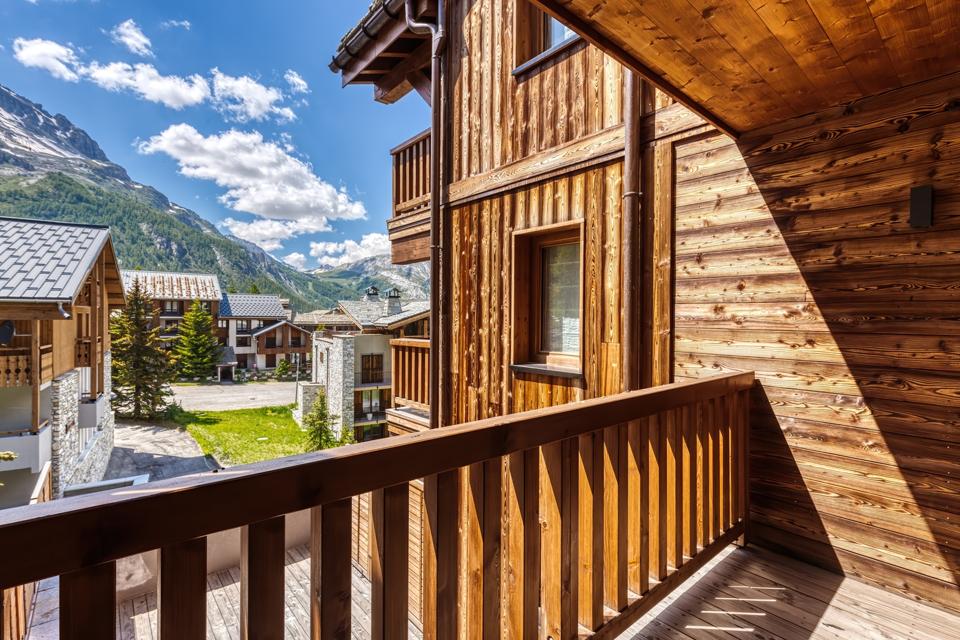 Views of the French Alps are on full display from the designer apartment in Val d’Isère. (Comptoir Immobilier) 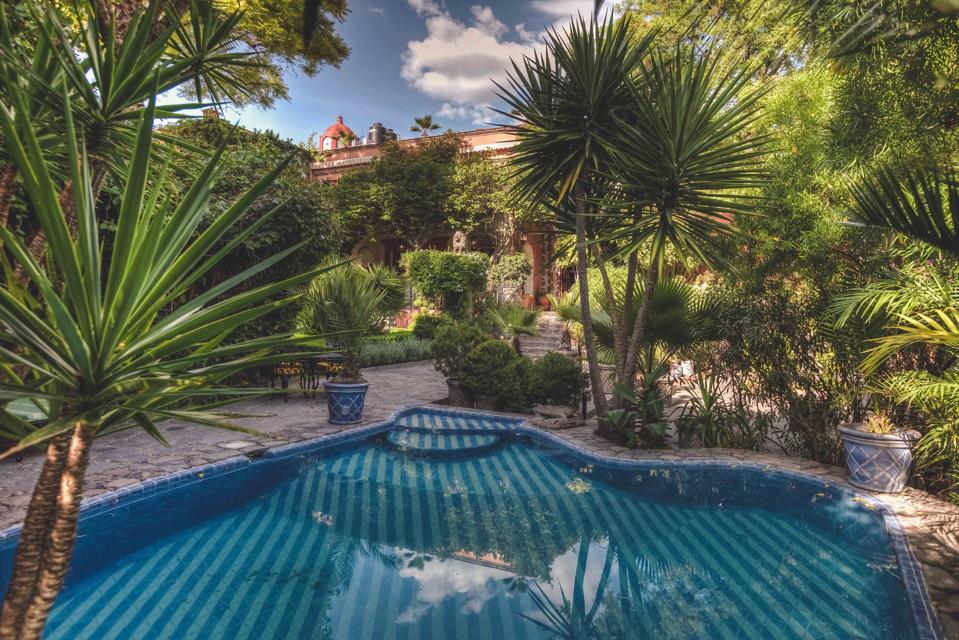 Go around any corner in central San Miguel de Allende and you are likely to find an architectural delight, whether it’s a historic church or a colonial building dating to centuries ago. The beautiful city includes a 64-block historic center and its collection of Baroque colonial architecture and the nearby sanctuary of Atotonilco. This storied property in the historic center illustrates the romantic essence of the region with its bright exterior, Old World details and voluminous living spaces. 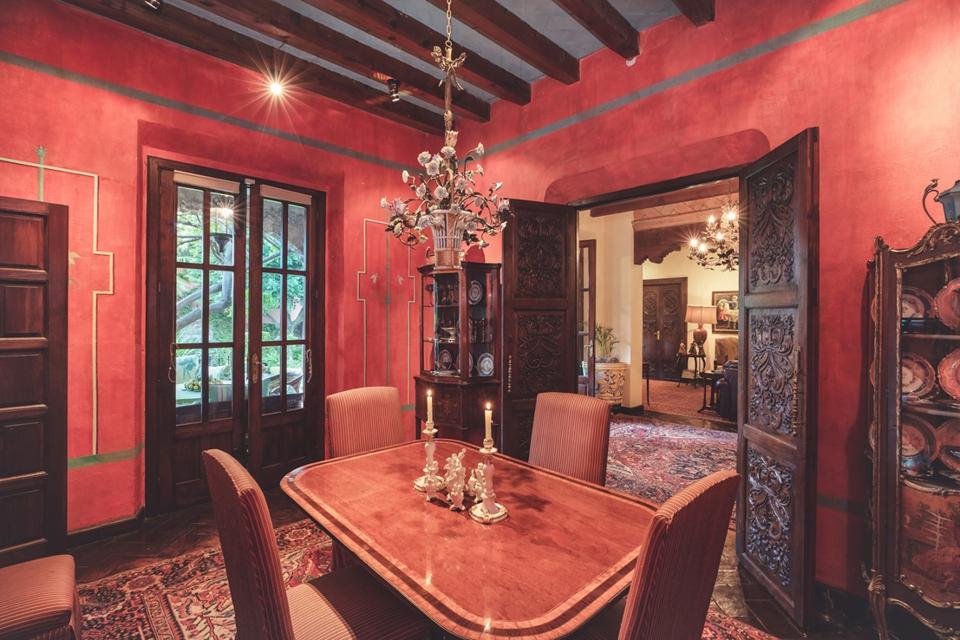 Features: From the thick beams to the stone pillars to the grand fireplace mantles, there are no shortage of eye-catching details throughout the seven-bedroom, eight-bathroom compound. Formal rooms include a decadent red-hued dining room and a massive great room that can be viewed from the second floor. The dining room adjoins a large chef’s kitchen equipped to handle a party crowd. 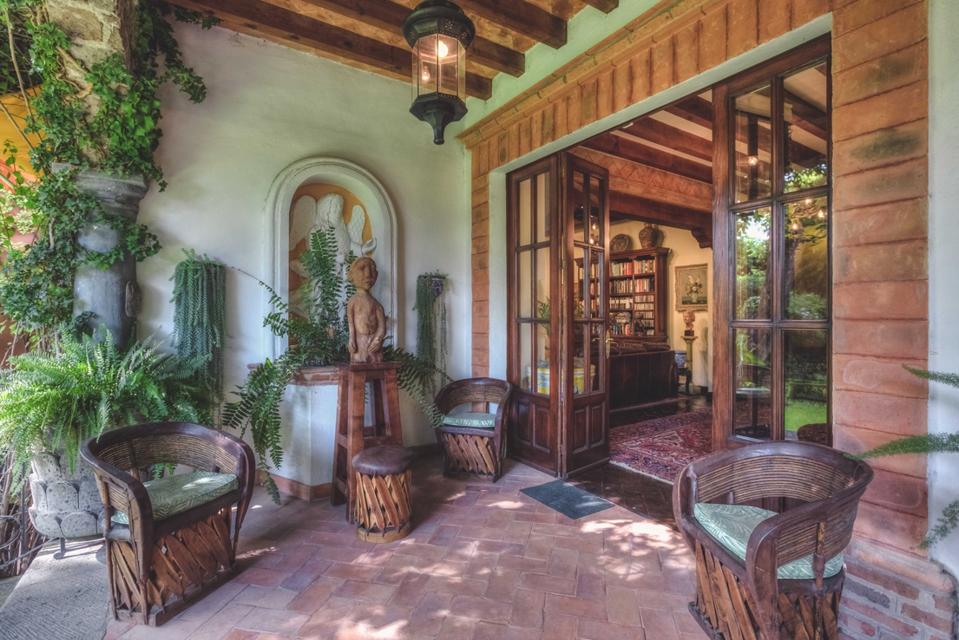 Other perks: Formal gardens surround the home, creating a lush and blooming backdrop punctuated by fountains and statuaries. The grounds feature a wealth of indigenous and tropical vegetation, including trimmed hedges and specimen trees. A separate casita, a rooftop terrace and a pool area are among other features of note. 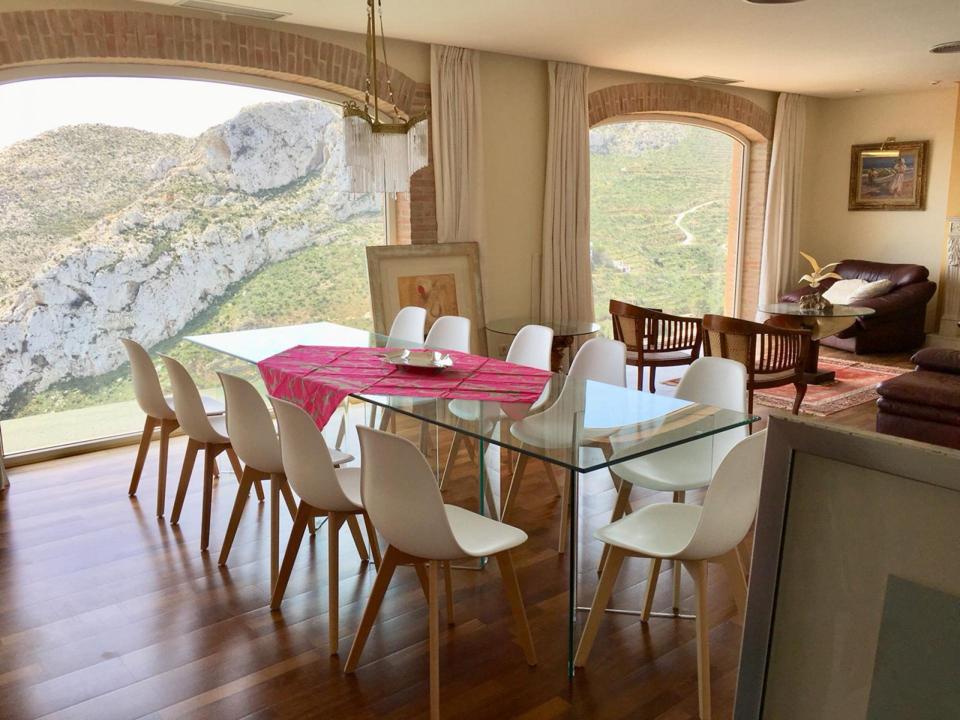 Dream-like views are on full display from this cliffside home in the Granadella area of Javea, Spain. (Immobiliaria Rimontgo)

Located in the southernmost part of Jávea, Cala de la Granadella is favored for its pristine beaches and cove near the Cape Nao. The area is surrounded by high cliffs that insulate the shore. This property sits on a bluff overlooking the beautiful turquoise waters and rock outcrops below. 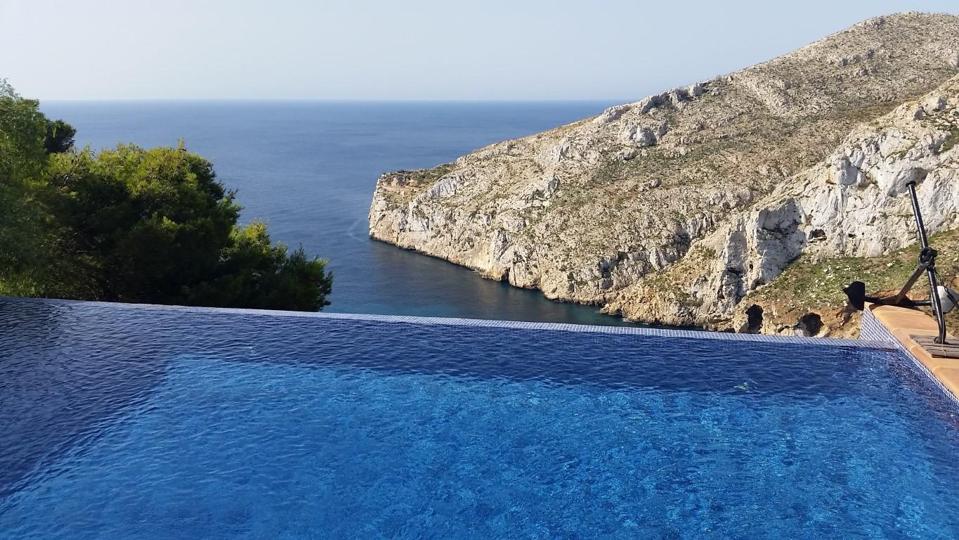 Features: Tailored for enjoying the scenery that surrounds it, the house features arched expanses of glass framed in brick that bring spectacular views into the main living area. The floor plan includes a total of five bedrooms and six bathrooms in about 6,641 square feet of living space (617 square meters).

The home has a top-down view of the cove. (Immobiliaria Rimontgo)

Other perks: If a front-row seat inside isn’t for you, an outdoor balcony with a swimming pool and spa is in prime position for enjoying the sights. The view from the balcony looks directly upon the cove below and beachfront. 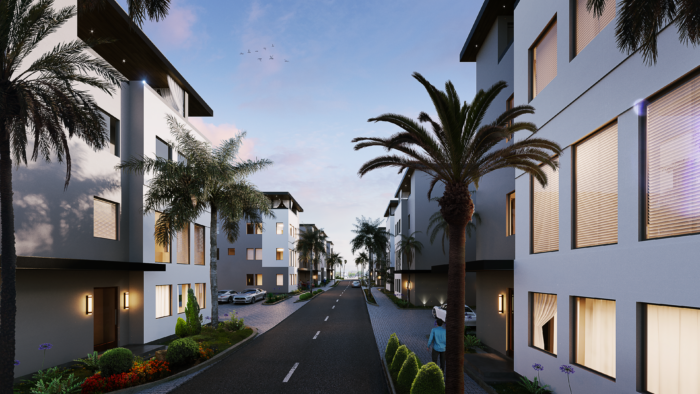 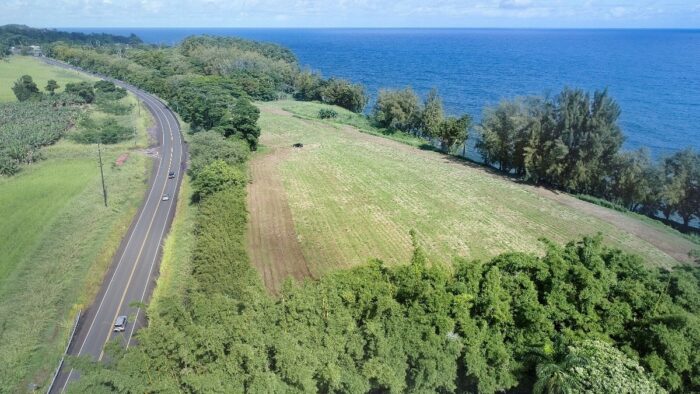