Holmby Hills’ North Faring Road has a long and distinguished history. The affluent stretch north of the Los Angeles Country Club has long been a favorite among the who’s who of Hollywood and industry going back through the decades, attracting the likes of Robert Taylor, Barbara Stanwyck and Claudette Colbert, to name a few.

This stately Georgian Revival-style residence, listed for $58 million, was once owned by early radio star Fanny Brice. Brice, a comedienne and Ziegfeld Follies headliner, owned the 1930s home from the year it was built until she died in 1951. 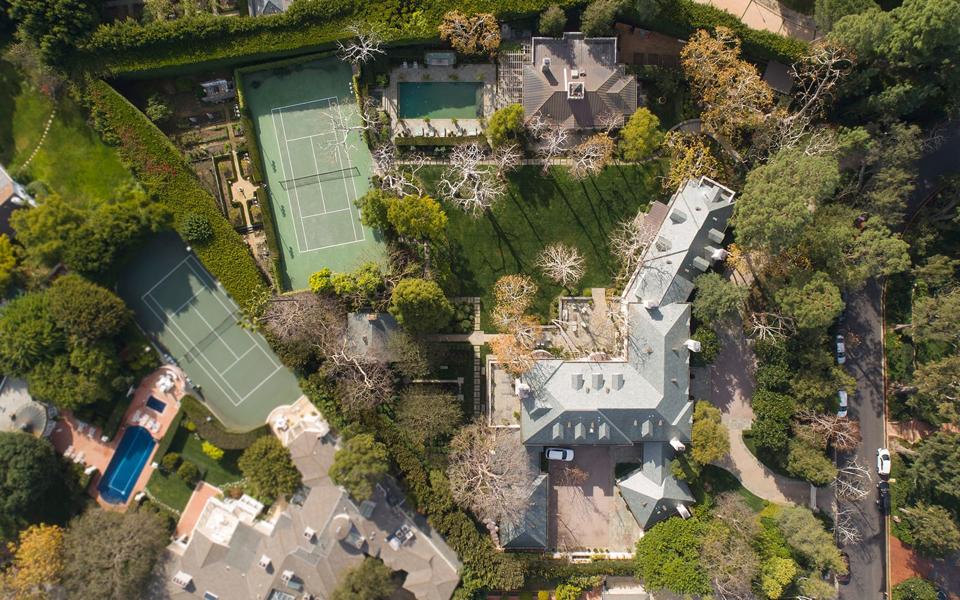 The sprawling estate sits on about 2 acres of grounds with two guesthouses, a tennis court and a swimming pool.

In the 1990s, the property was owned for six years by “Braveheart” and “Gone Baby Gone” producer Alan Ladd Jr. The late Richard King, a member of the King World Productions syndication dynasty, was another to call the estate home.

Under the direction of King and his wife, interior designer Lauren King, the residence was renovated and expanded. After acquiring the estate in the early 2000s, the couple commissioned noted architect Oscar Shamamian and builder McCoy Construction to enhance and remodel the home for modern-day living. 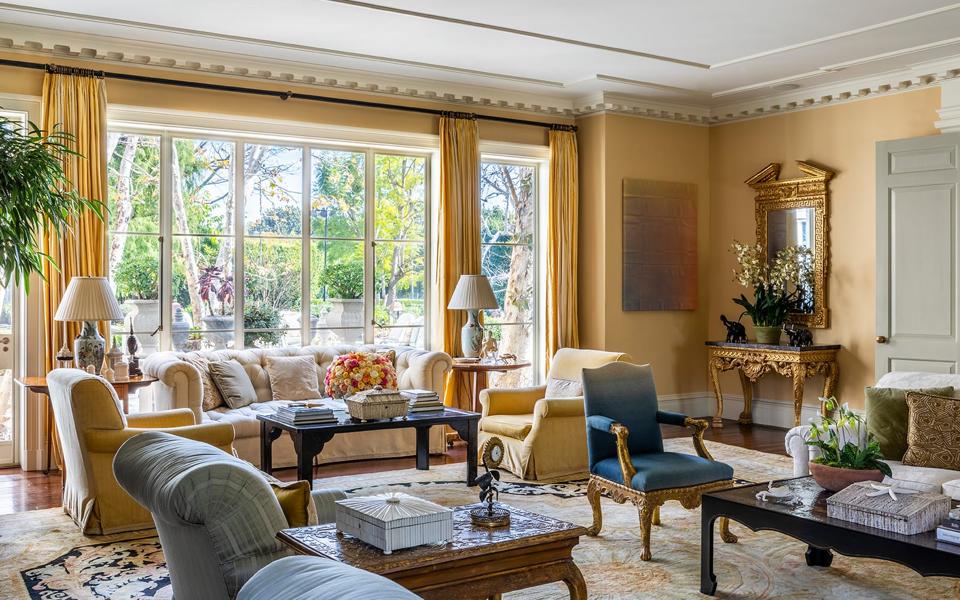 The five-year project included expanding the three-story main house to its current size while reconfiguring the interior. While part of the original structure was razed, the home was rebuilt using doors and windows matched with the originals and brickwork to match the original design. 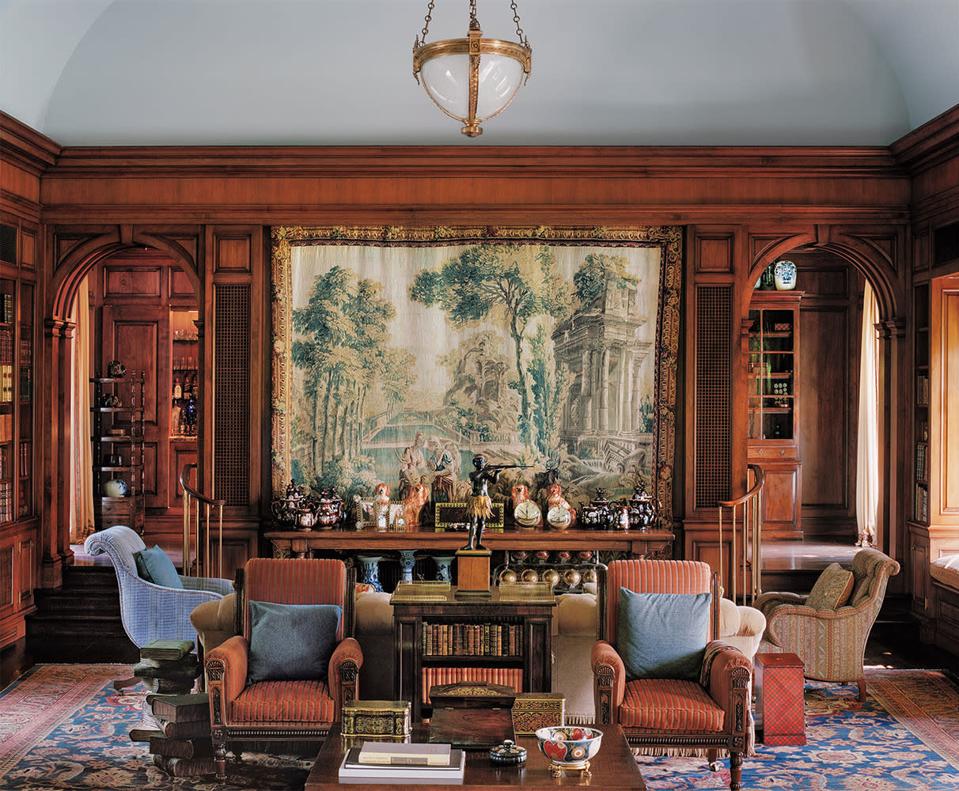 Santa Monica-based landscape designer Nancy Goslee Power was tasked with updating the roughly two-acre property, which now features layers of gardens, mature trees and outdoor sitting areas. The original guesthouse is now accompanied by a second guest house, a swimming pool and a pool house. Hidden in a far corner of the property is a lighted and hedged tennis court. 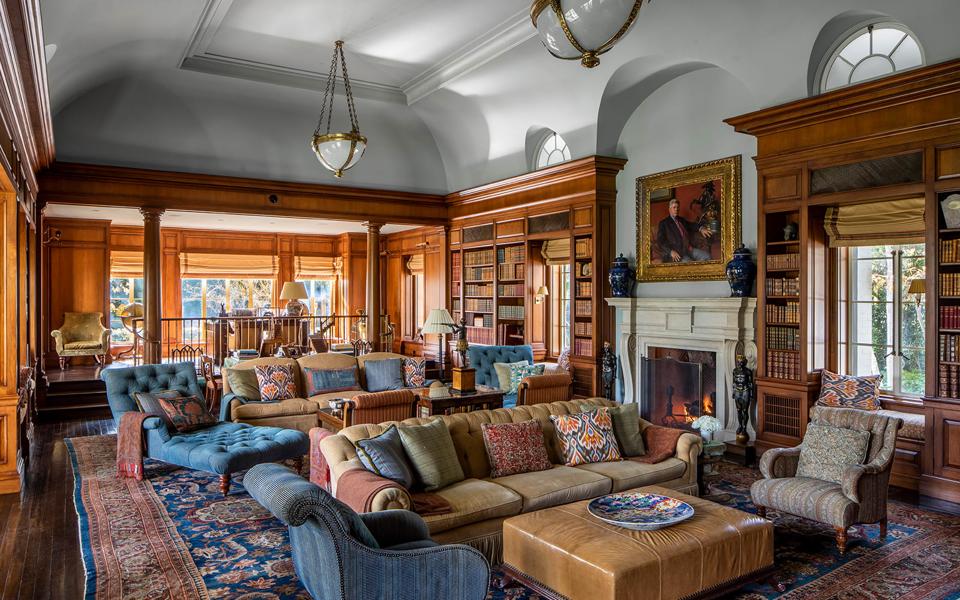 A step-up library and office sit at the far end of the great room.

Inside, elegant details and architectural flourishes are on display from room to room. Medallion inlaid floors, hand-carved stone fireplaces and detailed molding and trim are among features of note. In the great room, which holds a library and an office, handsome walnut paneling runs from ceiling to floor. Large bay windows bring garden views into the formal dining room. 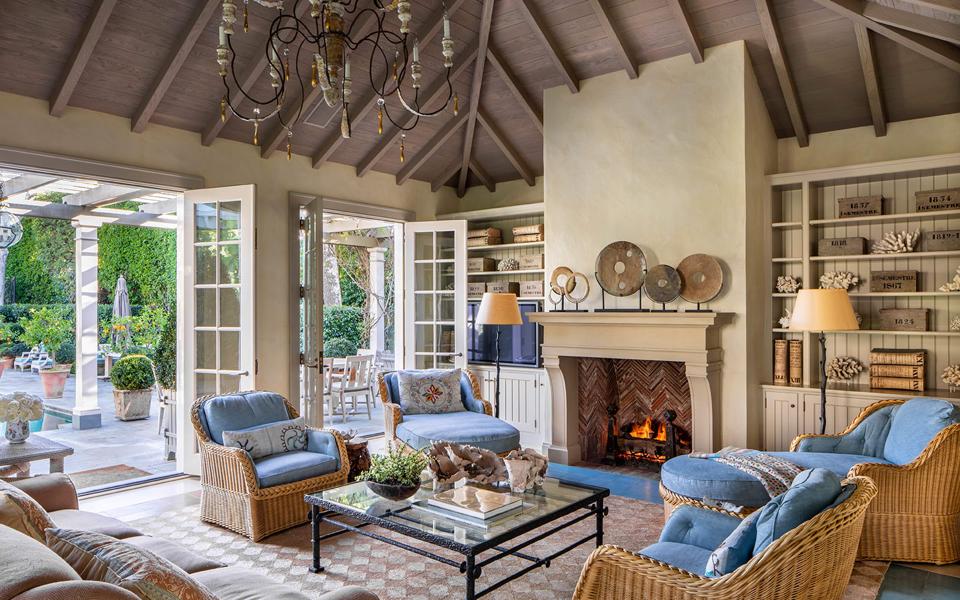 French doors open the pool house to patio space and a swimming pool. 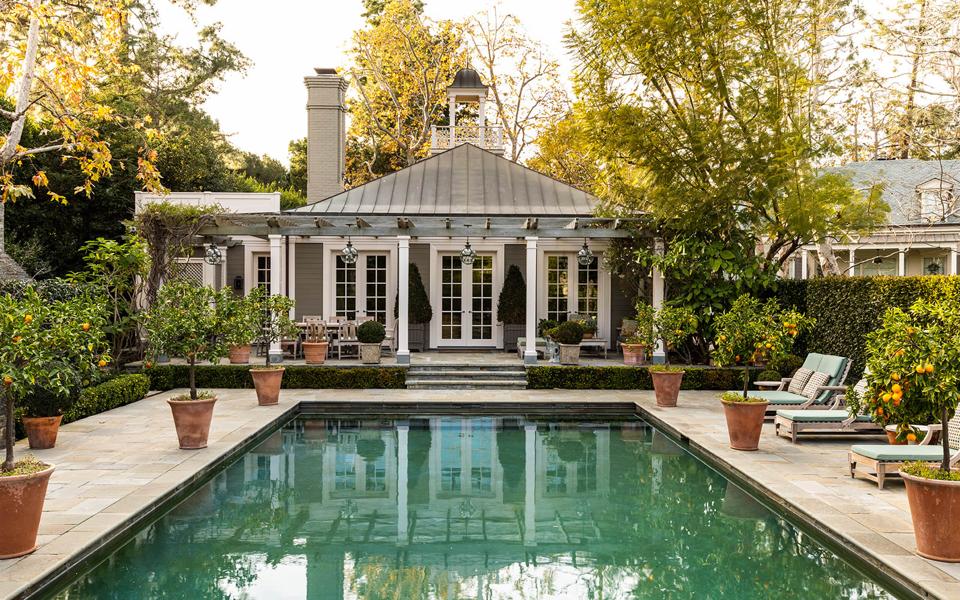 The pool house and swimming pool at the one-time Fanny Brice estate in Holmby Hills.

Rick Hilton and Linda May of Hilton & Hyland, a founding member of Forbes Global Properties, hold the listing.