Located on the south fork of Long Island, approximately two hours from New York City, The Hamptons are home to some of the world’s most coveted and expensive real estate. It’s luxury and exclusivity at its finest. Like most coastal towns and vacation communities, this locale has its own unique style when it comes to architecture and interior design. It’s distinct even from other wealthy east coast enclaves such as Nantucket or Martha’s Vineyard. 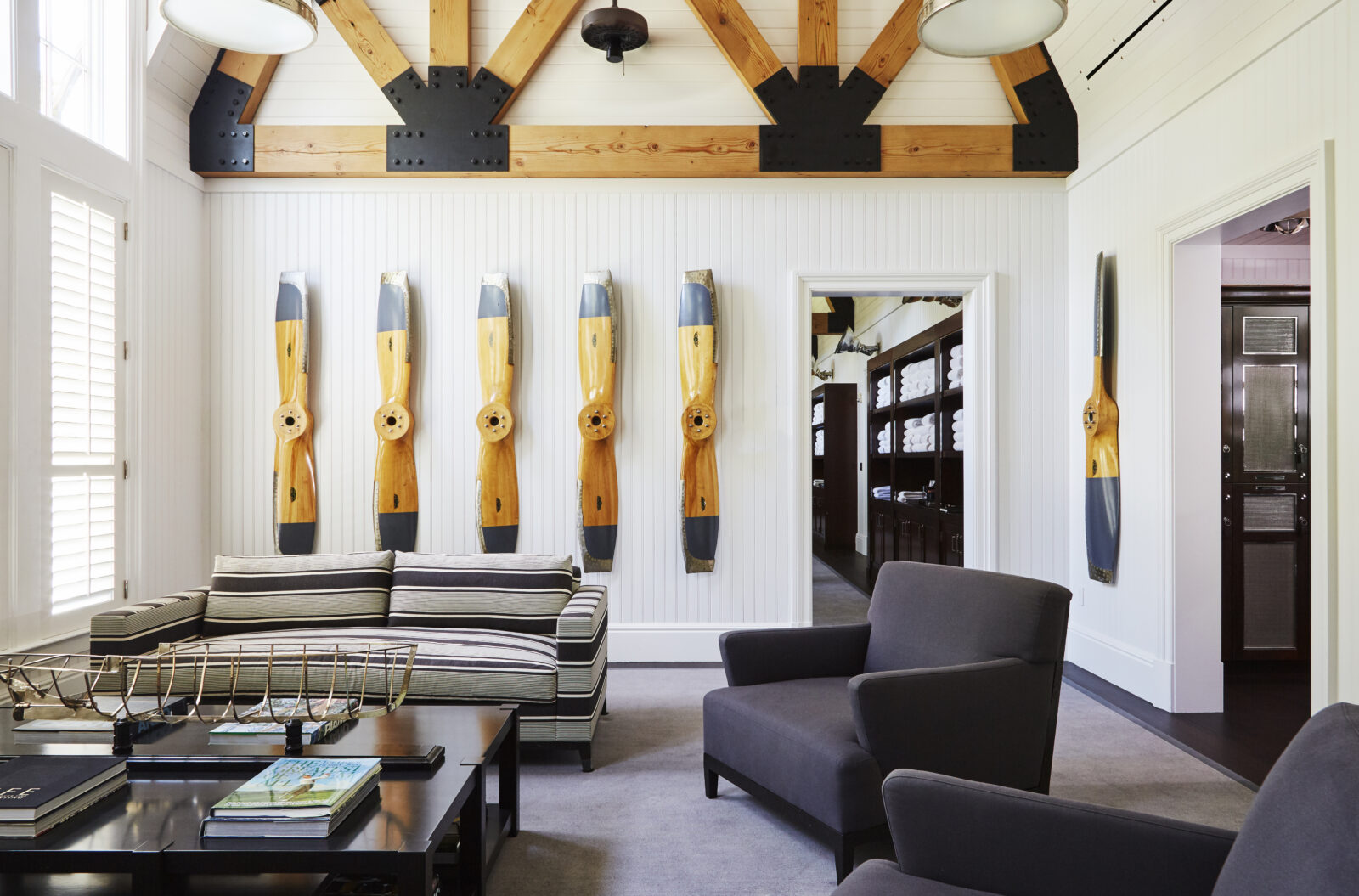 So, what exactly is Hamptons style? And if you don’t live there, is it possible to integrate some of it into your home? I spoke to several renowned interior designers who work in the area to learn more about Hamptons style and how you can add a touch of it to your home.

Francis Nicdao, Design Director of Pembrooke & Ives, tells me Hamptons homes are not just a place to escape the hustle and bustle of the city but also a place to gather and entertain friends and family. This has been especially true during the challenging times of the pandemic. “These homes have to serve both functions, so the balance of intimate spaces and open public spaces is crucial,” Nicdao says. 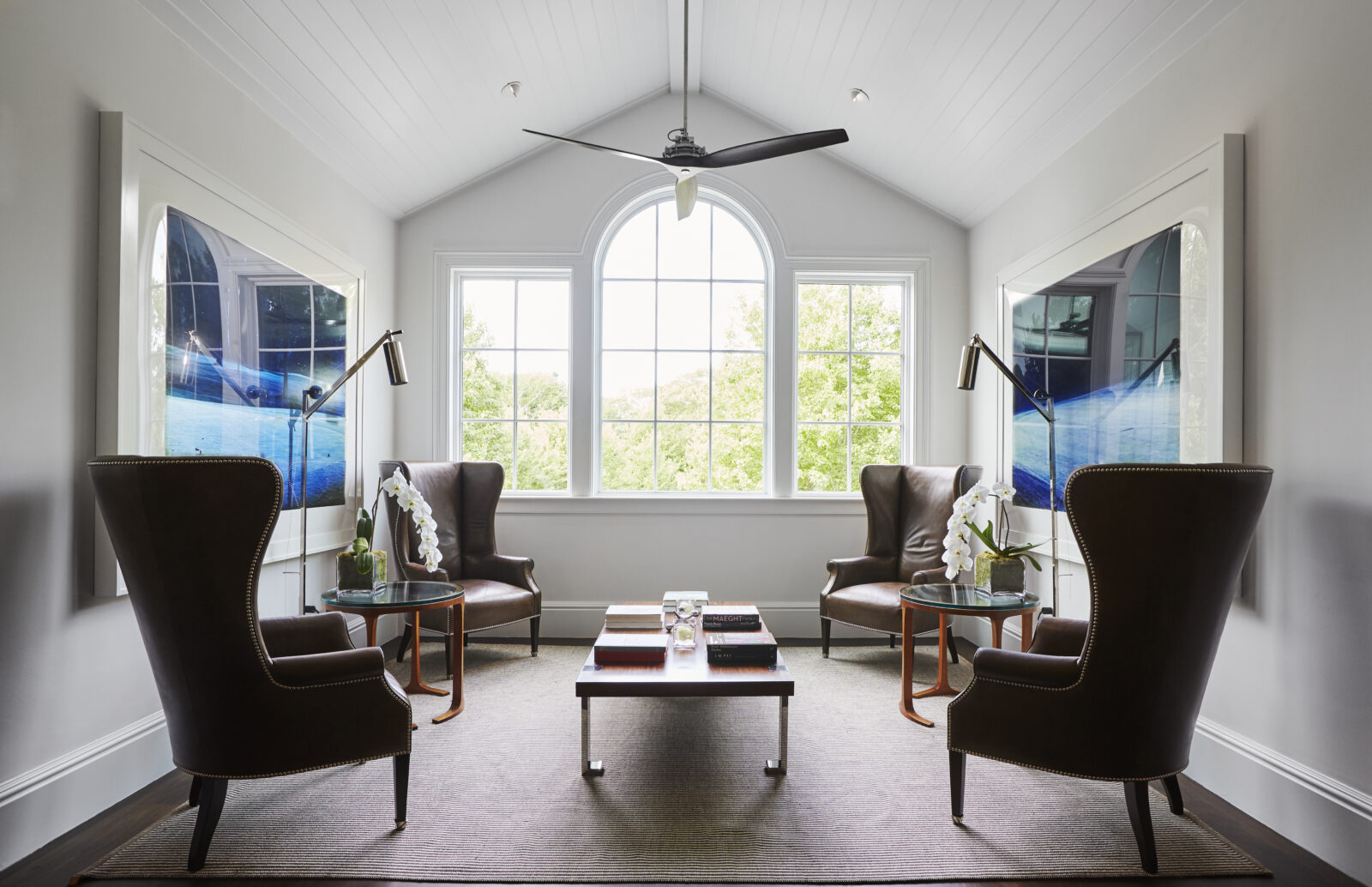 Making a connection with the outdoors is a hallmark of Hamptons style. (Genevieve Garruppo for Pembrooke & Ives)

The Hamptons are home to many different architectural styles, but they all have several features in common. “Whether we are designing a beach, country, or village home, they are generally light and airy. The architectural detailing is subtle but refined. The palettes are soft but textural, creating a great backdrop for amazing art,” he explains.

Another hallmark of Hamptons style is a connection to the outdoors. “Outdoor furniture, lighting, and landscape design are just as important as the house itself.” 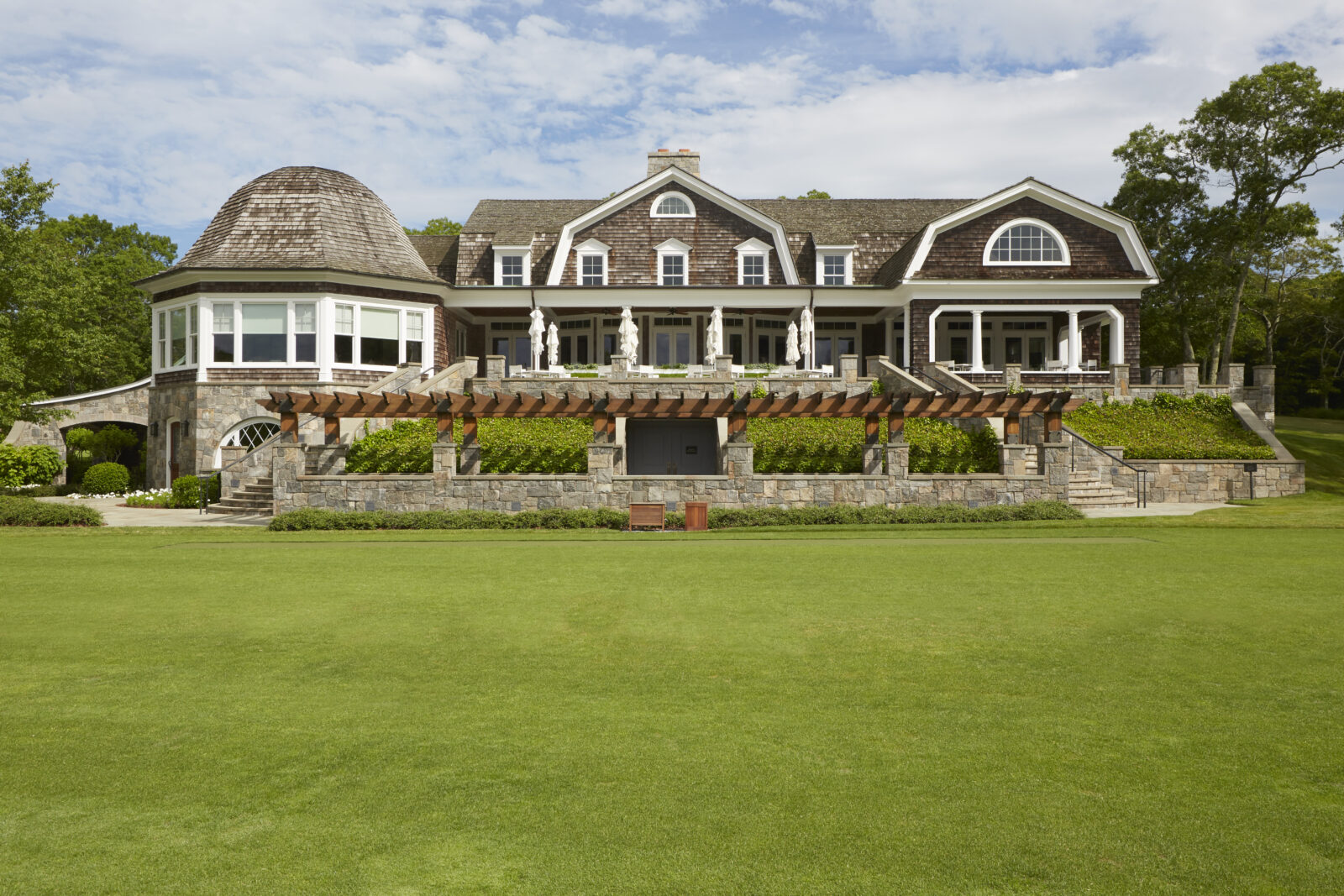 Traditional shingle-style is just one of the many types of architecture one will find in The Hamptons. (Genevieve Garruppo for Pembrooke & Ives)

A Mix Of Old And New

According to 1stDibs’ design expert, Anthony Barzilay Freund, the Hamptons look isn’t about being flashy or new, but rather, it is the perfect integration of causal luxury. “It connotes a kind of casual, comfortable luxury that residents of Long Island’s East End have long perfected. When I think Hamptons style, I think walls painted in warm colors found in nature; clean, bare floors occasionally dotted with well-worn rugs; and plush, well-upholstered pieces cast in the gentlest, warmest natural light flooding in through wide windows simply adorned.” 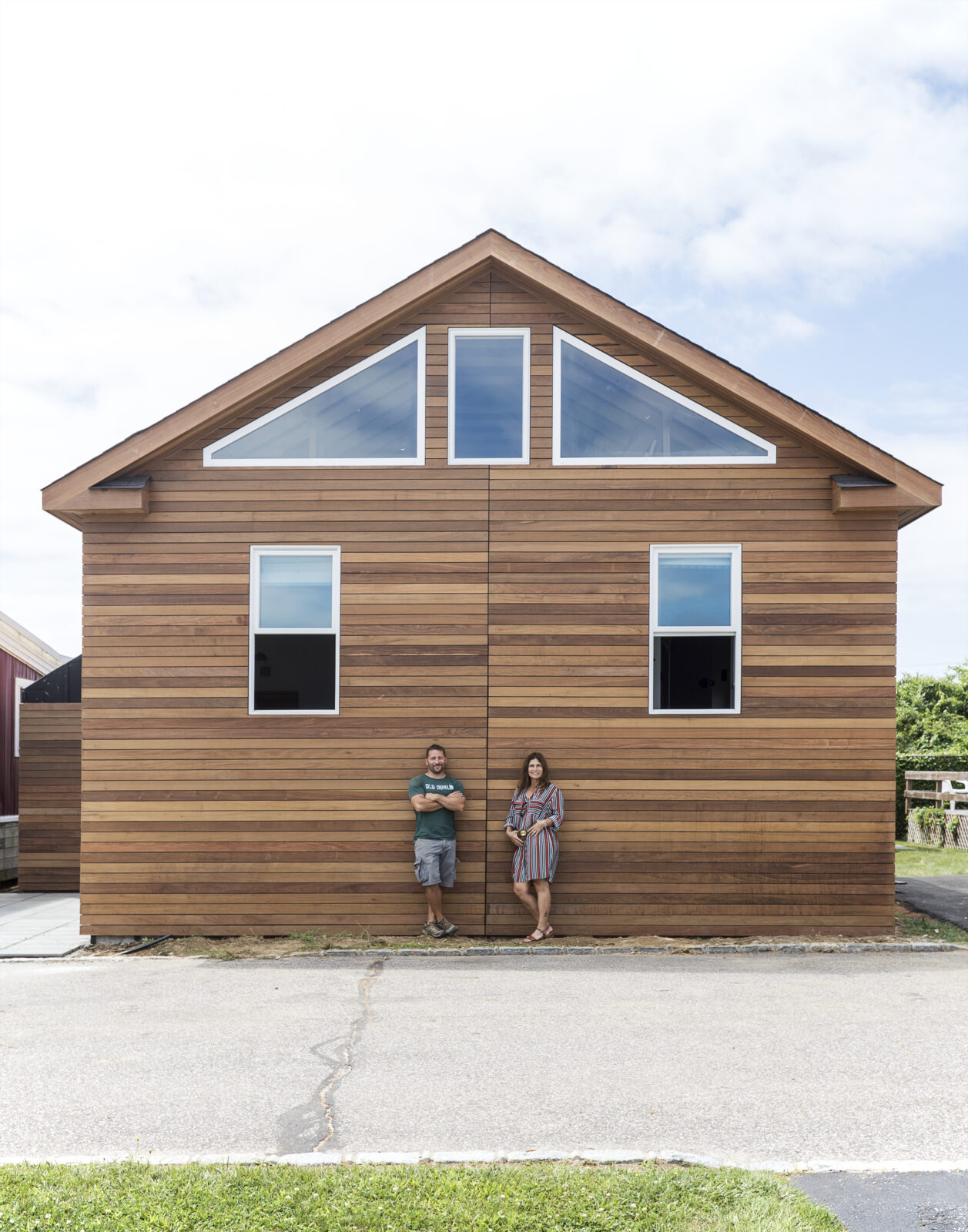 What The Novogratz Say

Interior designer husband-and-wife power duo Courtney and Robert Novogratz have designed homes worldwide, bringing their unique take to many different stops. Their projects in The Hamptons, which include this beach house in Montauk, are an example of a fresh take on the beachy style of the area. “We used an all-white palette for that beachy feel. And we made the focal point of the house around nature and the ocean. The home has a relaxed, clean vibe but still sophisticated and chic,” the couple explains.

The Novogratz expand on the Montauk design. “The house is very linear and minimalist, but there is still no mistaking it for a place at the beach because it is well-designed but not fussy, and it is open to the outside where it is very much the Hamptons. And the theme of surfing is used, which is both personal to the family, and is convincingly part of the Hamptons style.” 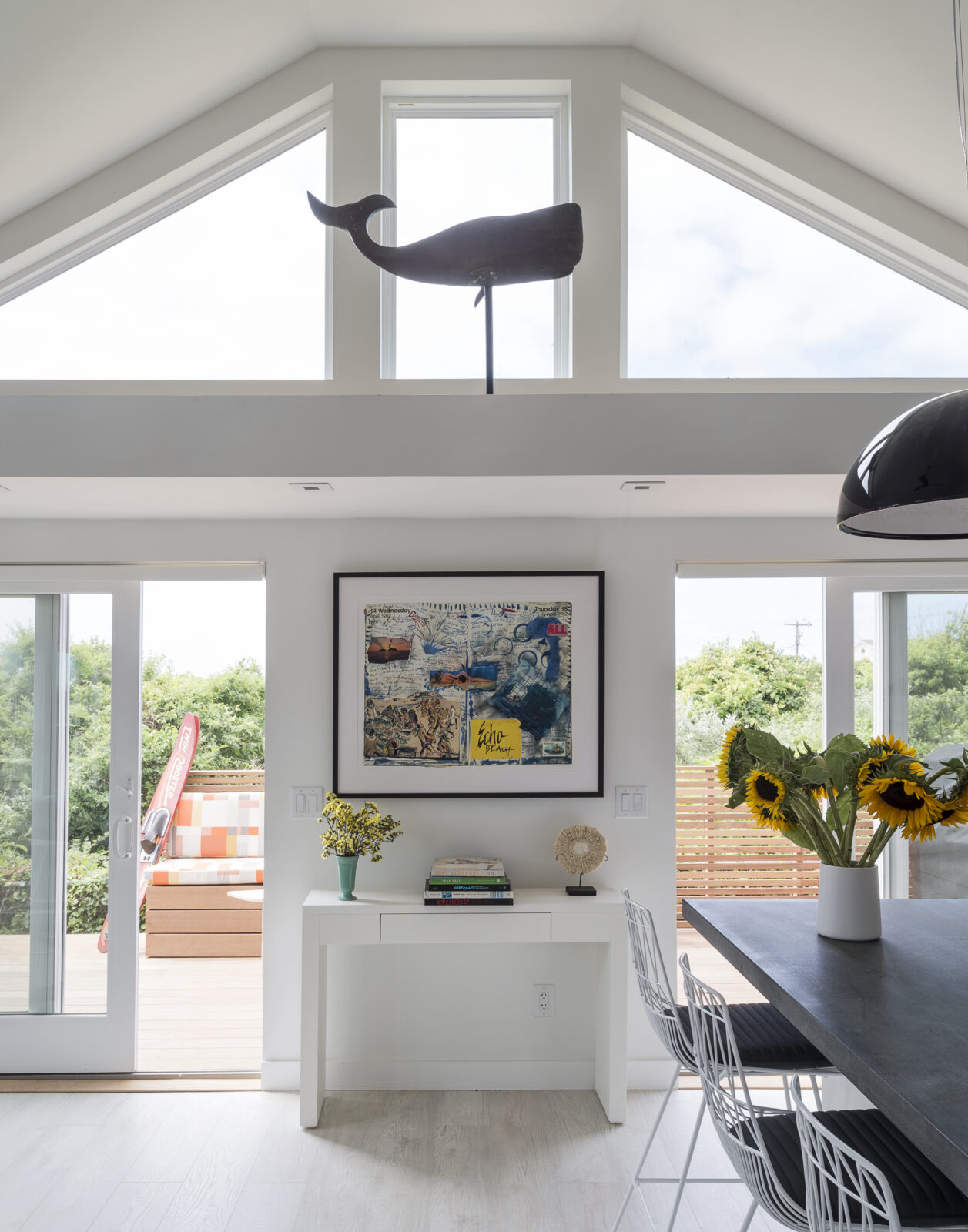 The Novogratz used an all-white palette to create a “beachy feel” at the Montauk residence. (Matthew Williams for Courtney and Robert Novogratz)

For anyone with a more modern home looking to bring some Hamptons style to their space, the designers recommend, “Keep[ing] it simple, keep it personal, highlight the beauty of nature and try to bring a bit of the outside in. Make sure the house will stand up to sand, water, and a lot of people coming in and out.”

How To Bring Hamptons Style To Any Home

According to Jessica Neuman of Numi Interior Design, “The Hamptons is a place with a certain zeitgeist. One immediately thinks of cedar shingles and pastel hydrangeas, but not all homes in the Hamptons have the traditional cottage look and can still achieve that unique Hamptons style.” 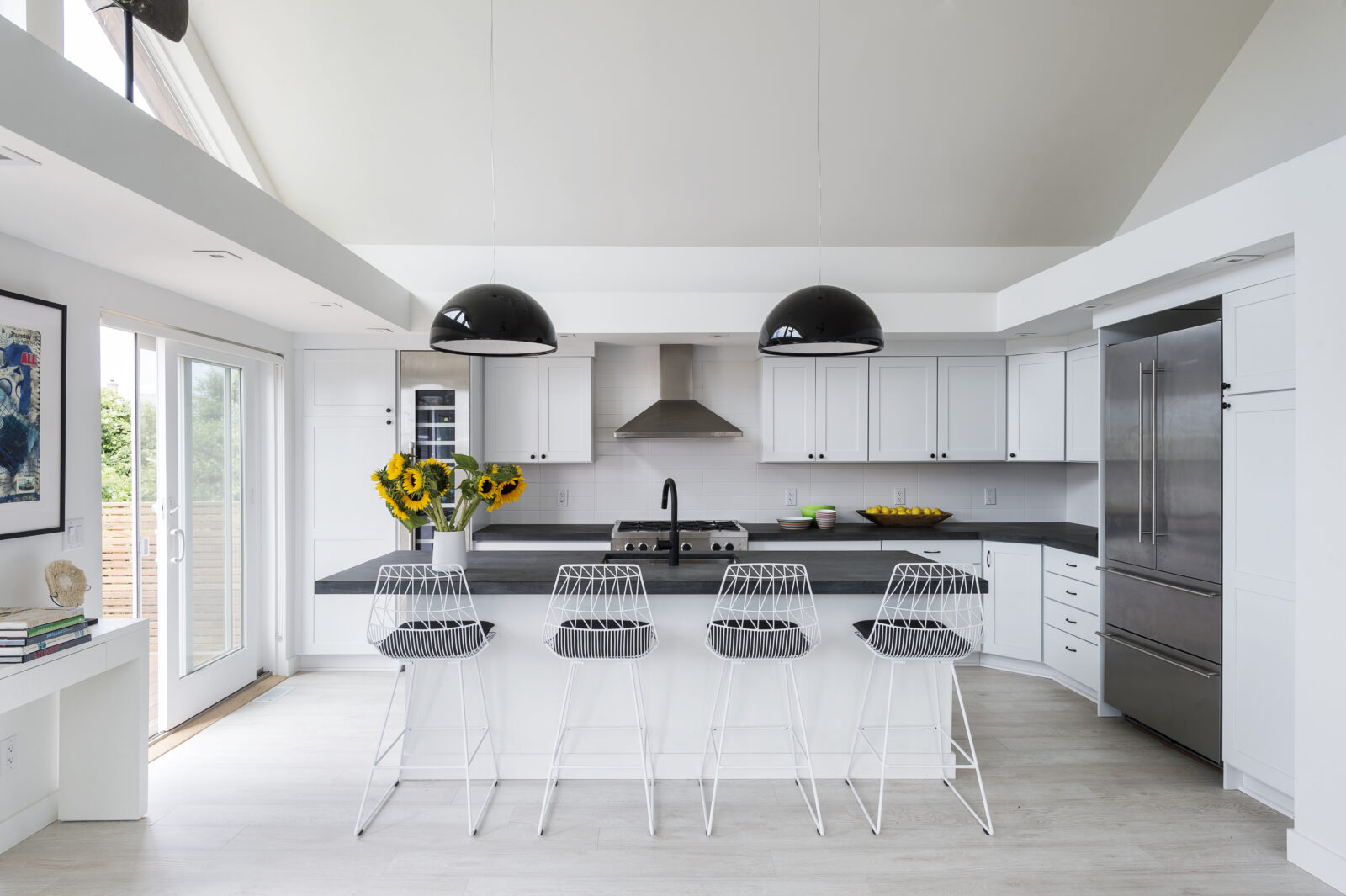 When it comes to incorporating Hamptons style, the Novogratz suggest it’s better to “keep it simple.” (Matthew Williams for Courtney and Robert Novogratz)

Like all the designers I spoke with, Neuman suggests starting your Hamptons-inspired decorating project with a neutral palette. “It helps achieve the laid-back feel of the Hamptons.”

She also says that texture can go a long way. “Working with natural fibers such as linens, cotton, woven textures, and woods can help achieve that sought after Hamptons vibe while staying true to your own personal style.” 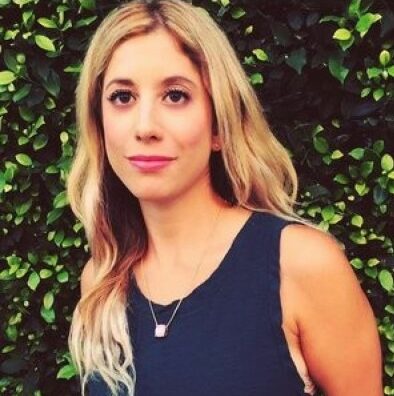 I am a writer, design expert, host of the podcast Bougie Adjacent, and comedic performer. I am absolutely fascinated by all aspects of décor and design. It once took me six months to choose a soap dispenser and I can’t even remember what it looked like. I like bright prints, southern exposure and any location you can call a “village or town.” There are currently over 100 episodes of House Hunters on my DVR.

Live Well At A $4.25-Million Spa Lodge In The Montana Mountains

For $32 Million, Own Where The Bison Roam On Kauai’s North Shore