The exact boundaries of New York City’s Upper West Side are a subject of some debate. Some say that the Manhattan neighborhood ends with Central Park at 110th Street, while others include 111th to 125th Streets. What is indisputable, however, is the Upper West Side’s indelible legacy as one of NYC’s most famous and beloved neighborhoods.

Reinforced by its enduring presence in popular culture, the Upper West Side has become the quintessential New York neighborhood. When those from out-of-town think of Manhattan, they are more often than not picturing the grand prewar buildings and vibrant streets just west of Central Park. 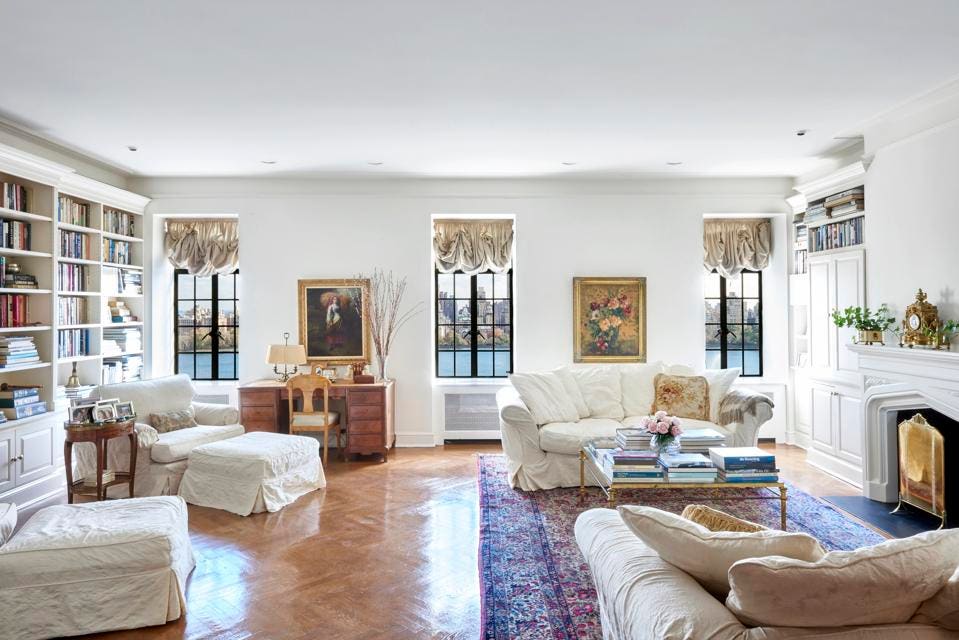 The buildings and streets are not the only representations of the glamour of the city. There are the noteworthy residents as well—fueling the cultural scene that has long been at the heart of New York’s vibrancy.

But for those who live there, the Upper West Side is home—a place where their kids go to school, where they pick up groceries at local shops run by familiar faces and a place where the backdrop for their daily lives just happens to be one of the most beautiful cities in the world.

“What’s perhaps most surprising is that there is a strong sense of community here,” says Lisa Chajet, a broker for Warburg Realty and resident of the Upper West Side. “You recognize faces as you walk down the street.”

Homes Of The Upper West Side

There is no shortage of elegant prewar buildings, including some of the city’s most prestigious residences such as the San Remo, the Dakota and the Majestic. Designed by the likes of Emery Roth, these buildings often feature Art Deco and Beaux-Arts styling, with elaborate ornaments, dormers and cornices.

Many of the newer developments in the area are inspired by prewar architecture. They display the same lavish details as the originals, however, with modern amenities such as recreation facilities. 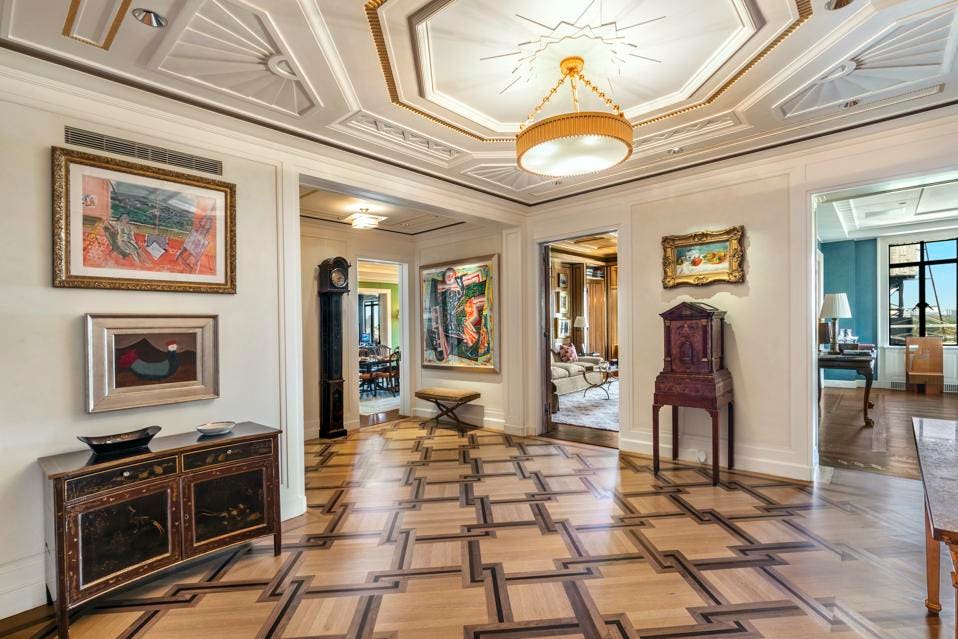 Residences located in historic buildings such as this corner apartment in the prestigious San Remo command top dollar. The asking price is $19.95 million (WARBURG REALTY).

Interiors mirror the same elegance as exteriors with attention given to adornments such as herringbone wood floors, French doors and coffered ceilings.

While housing options are almost exclusively apartments and condos, this does not mean that one cannot find a sizable home. Some spaces reach 6,000 square feet or more.

As is the case throughout much of Manhattan, most buildings are co-ops.

Home Prices In The Upper West Side

According to data from UrbanDigs, the median sale price for the Upper West Side as of June 2021 was $1,357,500. For this price, prospective buyers can expect to find a larger one-bedroom, one-bathroom condo.

Two-bedroom condos hover around $2.25 million and three bedrooms around $5 million. 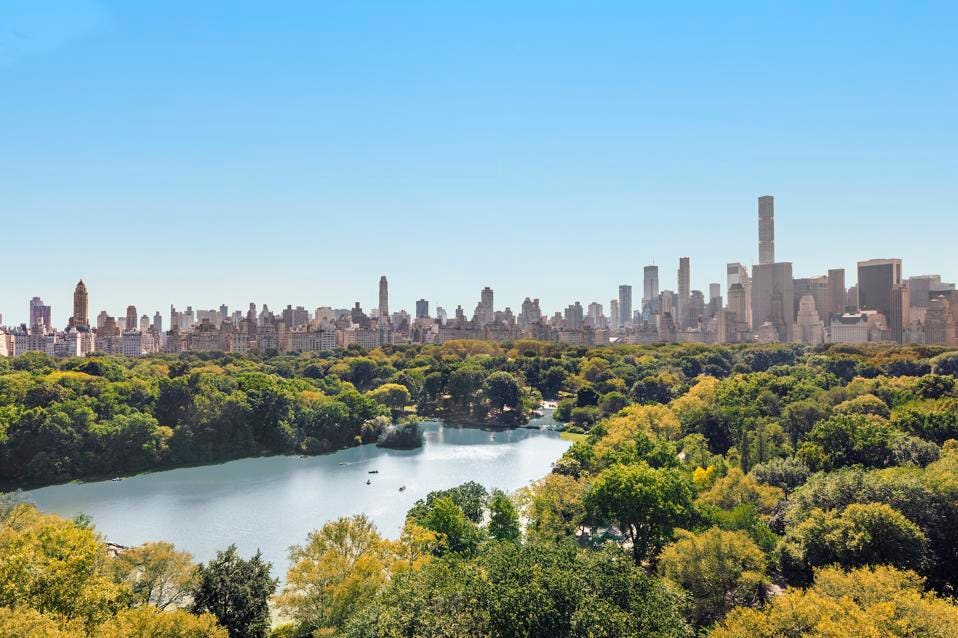 Many residences in the Upper West Side have breathtaking views overlooking Central Park (WARBURG REALTY).

Prices vary depending on a variety of factors that include proximity to Central Park, floor number and the repute of the building.

The Upper West Side has remained the location of some of New York City’s most expensive real estate. The penthouses and duplexes that make up the highest price points can reach upwards of $50 million.

The Vibe Of The Upper West Side

Spanning such a large portion of New York means that the Upper West Side has residents from a variety of backgrounds and lifestyles. Walking alongside each other on the busy streets are brokers, Broadway stars and teachers.

While perhaps more commercialized than it used to be, the neighborhood has still retained its charm and good taste. Staples like Barney Greengrass, a Jewish deli known for high-quality fish, or Gray’s Papaya, a hotdog spot, are still able to thrive. 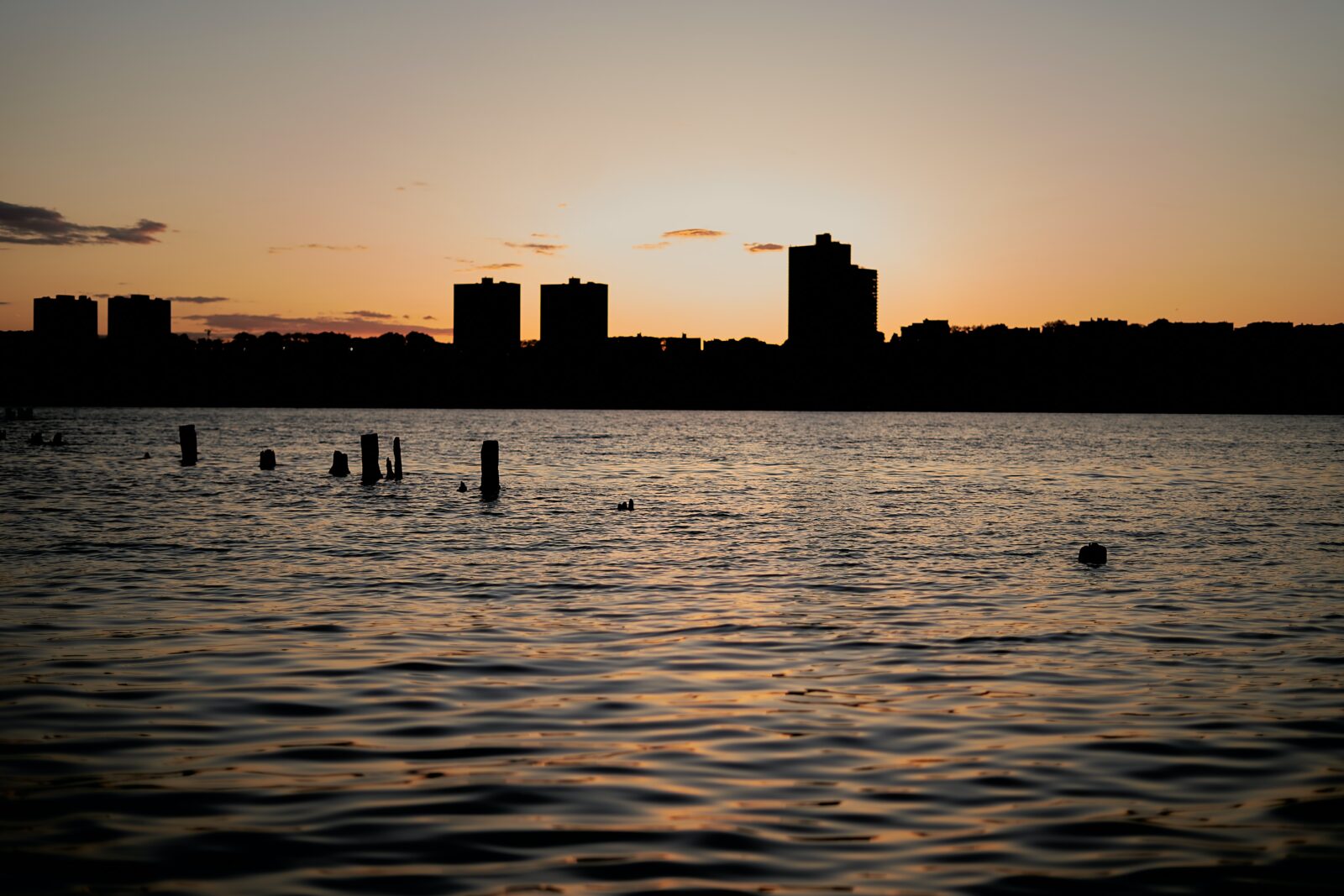 “There are so many cultural institutions to enjoy throughout the neighborhood,” Chajet says. “There’s the Lincoln Center, the American Folk Art Museum, the American Museum of Natural History, just to name a few.”

Schools Of The Upper West Side

There are more than 30 public schools located in the area, including the Martin Luther King Jr. Educational Campus, which houses seven separate high schools, and the Fiorello H. LaGuardia High School, which specializes in visual and performing arts.

Public elementary schools in the neighborhood continue to improve their scores for math and reading achievement, outperforming citywide averages.

The many private school options include some of the most distinguished institutions in the country, including Trinity School, known for its highly selective admissions process and high rate of graduating students who go on to attend Ivy League schools.