After over two decades, David Spade has bid farewell to his longtime home in the Beverly Crest area of Los Angeles, selling the property for $19.5 million. That’s about $15.5 million more than what The Saturday Night Live alum paid for the place in 2001, public records show.

The Midcentury Modern-style home, built in 1978, came on the market in January for just under $20 million, according to listing agent Stuart Vetterick of Beverly Hills-based brokerage Hilton & Hyland.

Designed by Edward Fickett, a prolific post-war architect attributed with designing over 50,000 homes in Southern California, the clean-lined home sits on three-quarters of an acre in the celebrity enclave of Trousdale.

Located on Wallace Ridge, the property is tucked away behind a gate on the southern face of hills overlooking the city below with views that reach the ocean.

Space afforded by the nearly twenty-foot ceilings allows for a split-level floor plan with stairs descending from a formal dining area to the living room, where massive walls of glass with steel beam partitions let in floods of natural light.

The four-bedroom, six-and-a-half bath layout includes a sitting room with a six-person entertainer’s bar, a renovated kitchen with breakfast bar and an upstairs primary suite with a lofted area.

A terrace and various entertaining spaces sit with other outdoor amenities like a flood-lit, full-size tennis court, outdoor swimming pool and a motor court for guest parking.

Spade has since moved on to bigger things in the Los Angeles area. Last year, he paid nearly $14 million for a new, amenity-loaded mansion with almost twice the square footage of his old place.

The star of Tommy Boy and Joe Dirt currently co-hosts Fly on the Wall, a new podcast with fellow funnyman Dana Carvey. 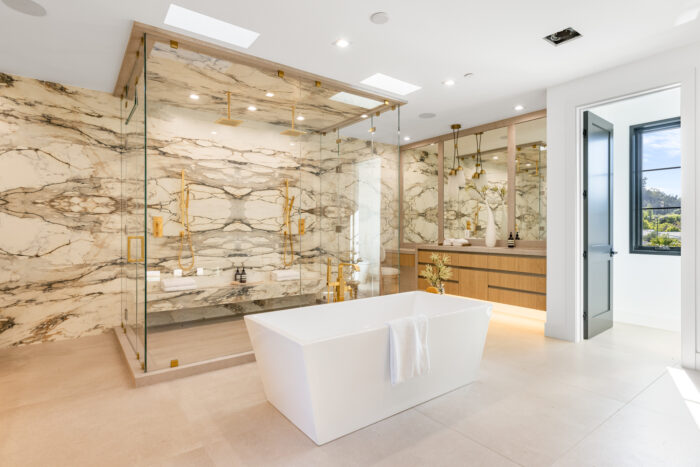 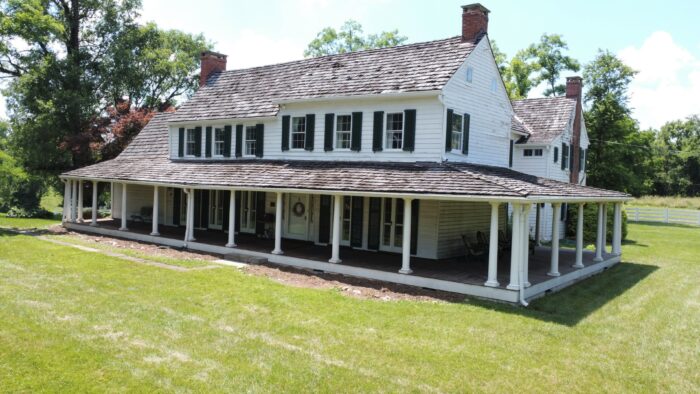 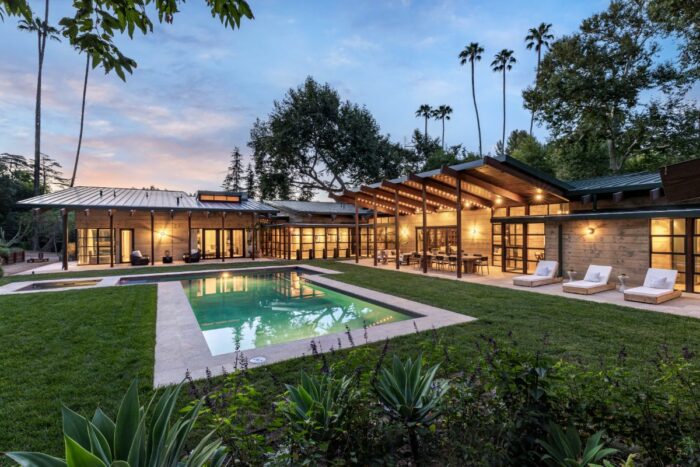 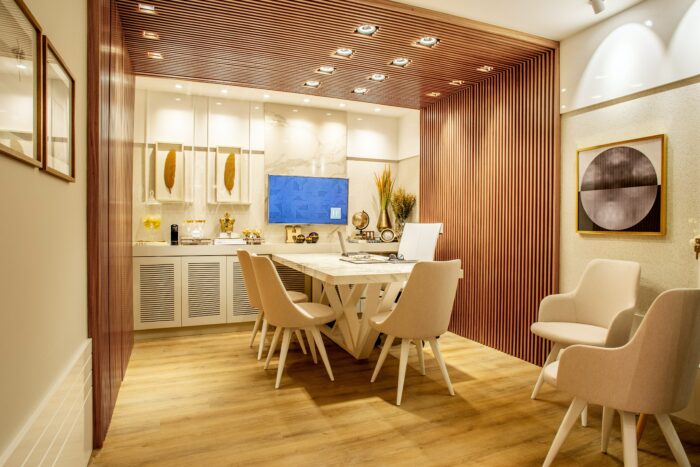