Charleston, the belle of the Lowcountry, is an elegant coastal city — home to a vibrant arts and culture scene and perfectly restored architecture. Home styles include Colonial, Georgian, Regency, Federal and Classic Revival. The city’s numerous celebrated chefs and their diverse eateries draw dedicated foodies.

Miller Harper, managing partner of East West Partners’ South Carolina operations, one of Charleston’s leading luxury developers, explains the city’s evolving market fundamentals. “Between 2000 to 2018 the area was growing. Over the last few years, we have seen that growth explode. Tons of people are moving here, of all ages, because they love the Lowcountry charm.” 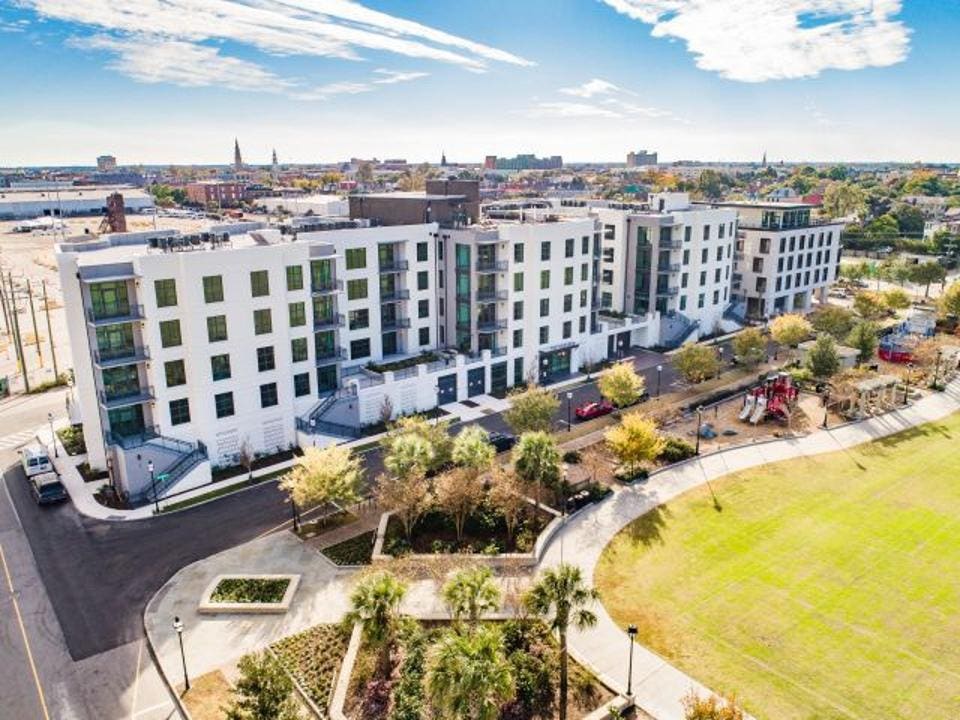 The Gadsden is positioned to do well in downtown Charleston’s booming market (COURTESY OF EAST WEST PARTNERS).

East West Real Estate is the marketing and sales division for East West Partners in Charleston. Current luxury condominium projects include The Gadsden in downtown Charleston. With 76 condos priced from $855,000 to $1.222 million, The Gadsden is well positioned for today’s market. “The ease of ownership is what buyers want who are still splitting their time between Charleston and their primary residence,” says Andy Hines, vice president of sales for East West Real Estate. “Buying a luxury downtown condominium makes for that perfect lock-and-leave lifestyle.”

Located just a block from Charleston Harbor, The Gadsden has a high walkability score to restaurants, shops, and art and music venues.   Within one mile of The Gadsden are 168 restaurants, 28 galleries, 19 theaters and 17 museums. 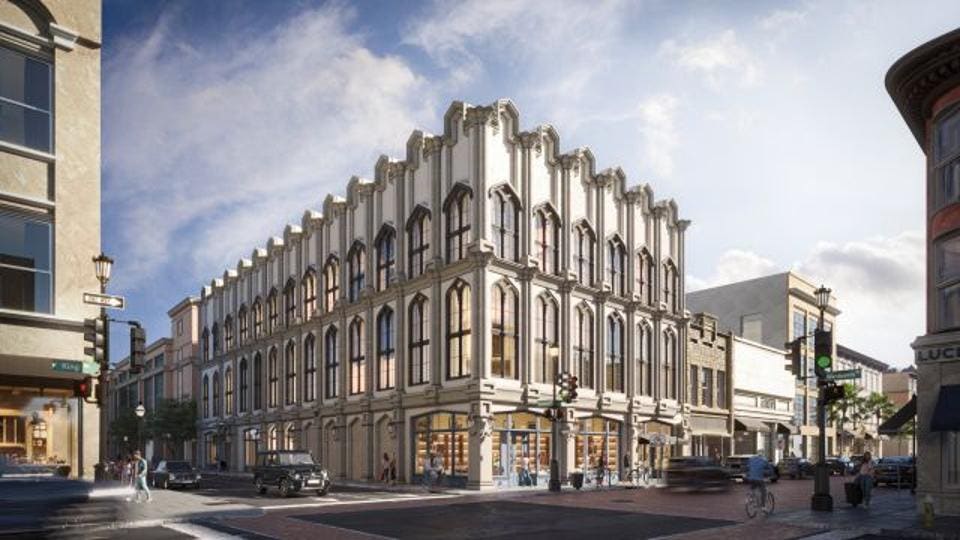 71 Wentworth, another luxury condominium project East West Partners recently developed, had only 12 luxury residences, which went quickly. The iconic building in the historic Harleston Village neighborhood was built in 1872 and re-imagined for Charleston’s urban lifestyle. It began life as a Masonic Lodge in the Tudor Gothic Revival style.

Other areas around Charleston enjoying strong growth include Mt. Pleasant and Kiawah.  “We see different buyers for these areas,” Harper says. “The luxury buyer coming to Charleston, whether moving from another area and making it their primary residence or as a second home for now or those retiring, have strong choices which create ongoing demand here.” According to Harper, over the last several years price appreciation across the board is in the 20% to 40% range. 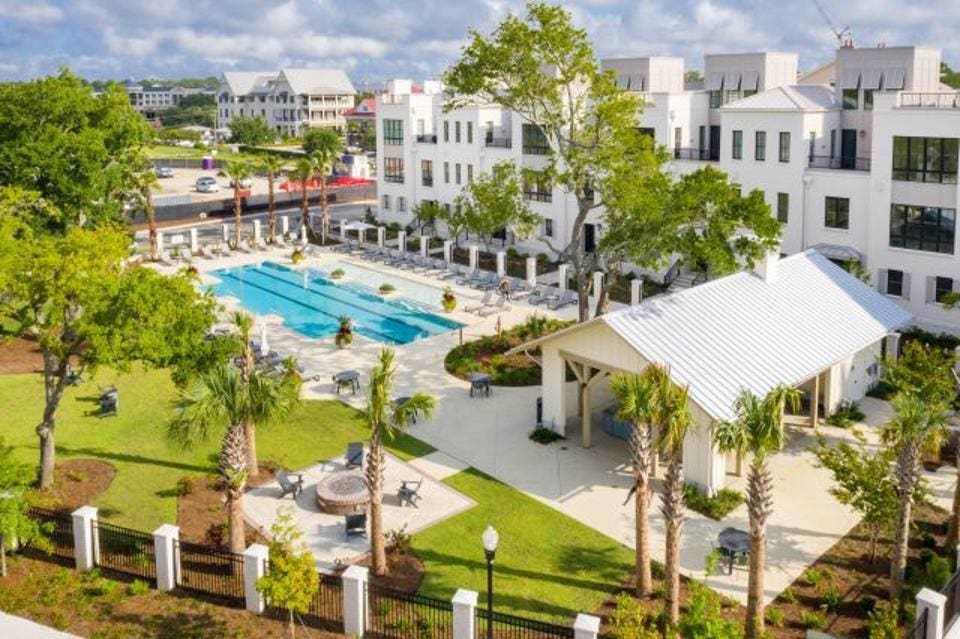 The Waterfront Daniel Island has 52 luxury condominiums priced from $500,000 to $2 million (COURTESY OF EAST WEST PARTNERS).

The target buyers choosing Charleston are an interesting mix. Hines points to “students that come to school here and then don’t leave and parents who want to be near them as they raise families.” Another buyer segment is made up of retirees from up north and those “practicing retirement,” Hines says.

“Comparing Charleston to the Northeast and West Coast, you get a lot for the money,” Hines adds.

East West Partners has two additional luxury projects in development in the Charleston area.  The Waterfront Daniel Island in the city of Charleston released its first phase of 52 luxury condominiums priced from $500,000 to $2 million. Currently, 51 of the Daniel Island condos are sold or under contract. Phase 2, with 41 residences, will be released later this year. 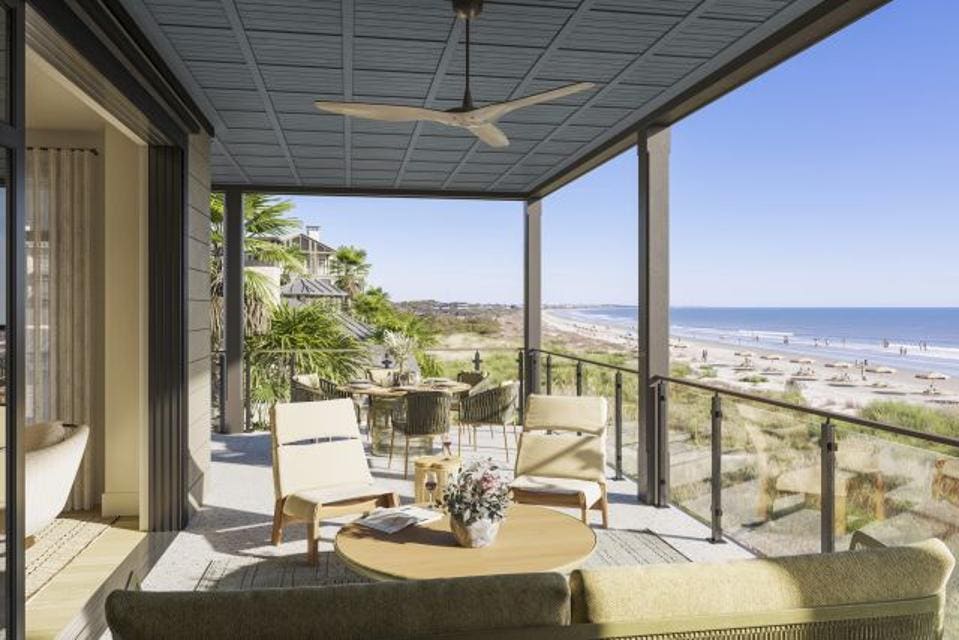 The Cape on Kiawah, currently in development, is designed to attract retirees who covet the luxury Kiawah lifestyle and can afford the $1.5 million to $7.995 million price tags for oceanfront condominiums appealing largely to a second home buyer.