Several studies behind Baker-Miller Pink all point to how color influences a person’s aggressive behavior. In the 1980s, football teams even used it as a psychological strategy against their opponents.

Alexander Schauss coined the term Baker-Miller Pink after Commander Miller and Chief Warrant Officer Gene Baker. Schauss experimented with “hundreds of shades of pink” before choosing a shade that has a profound effect on aggression.

His research, which began in March 1979 at the U.S. Naval Correctional Center in Seattle, eventually led Baker-Miller Pink to be used as an interior color for homes. 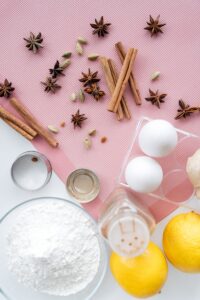 The dining room and kitchen are to of the most popular places to use Baker-Miller Pink.

How Baker-Miller Pink Functions As An Interior Color

Researchers at the John Hopkins University Hospital in Baltimore found that Baker-Miller Pink may suppress a person’s appetite. According to Schauss, the hospital’s Health, Weight and Stress Clinic conducted a four-year study on almost 1,700 people.

The findings included a “stress-suppressing effect” on more than one-third of subjects. For this reason, the dining room and kitchen are the most likely places where you can use Baker-Miller Pink.

While the study began in the early 1980s, the color has remained a viable choice in modern times.

In 2014, environmental psychologist Sally Augustin believes that people calm down when exposed to Baker-Miller Pink. The effect lasts for approximately 30 minutes, often resulting in longer-lasting calmness among people.

Some celebrities harnessed the scientific advantage of using Baker Miller-Pink, going as far as using it in their bedrooms.

Whether or not it’s the placebo effect kicking in, they likely focus on the color’s appetite-suppressing benefits more than its calming impact.

If you aren’t keen on repainting walls with pink, a nifty trick only requires wallpaper. Interior design trends for luxury homes won’t rule out wallpaper styles anytime soon. You can use it to decorate almost every room as well.

How Effective Is Baker-Miller Pink?

Schauss said that Baker-Miller Pink was more effective in smaller spaces. For example, the color may reduce aggression and suppress appetite in 8 x 10-foot rooms more than 10 x 15-foot rooms.

A monochromatic scheme, meaning no other colors compete with pink, also produces a deeper impact. In other words, too many people wearing different colors may diffuse Baker-Miller Pink’s effect, according to Schauss. 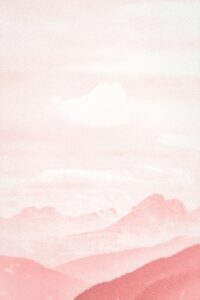 A monochromatic scheme, meaning no other colors compete with pink, also produces a deeper impact.

The logic behind pink locker rooms is simple: pacify the opposing teams. In an intense game like American football, the use of Baker-Miller Pink for locker rooms sought to induce passiveness.

The efficiency of such tactics remains to be seen, although Augustin said that color psychology significantly affects a person’s behavior and emotions.

For example, you might assume that a room is colder if there are blue- or green-painted walls. Rooms with red- and yellow-painted walls create an opposite effect.

Augustin cited human perception as the main reason for estimating temperature based on colors. You can use this to your advantage by choosing the right color to save on insulation expenses.

How Other Studies Dispute The Impact Of Pink

Schauss recorded positive results from the experiment at the Seattle correctional center, but the outcome became different in similar facilities.

One such example involves his study published in 1981, co-authored by Robert Pellegrini and Michael Miller. The trio used Baker-Miller Pink at the Santa Clara County Jail’s intake room. 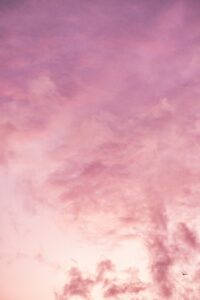 Some celebrities harnessed the scientific advantage of using Baker Miller-Pink, going as far as using it in their bedrooms.

The research lasted for 12 months before and after replacing the room’s pale-blue color with hot pink. Miller, Pellegrini and Schauss noted a higher incident rate after using Baker-Miller Pink.

According to the study, the increase in jail incidents “surpassed all those for the preceding year” before using a “whacky” color.

Despite an initial drop in incidents at the experiment’s onset, the researchers believe that the decline “occurred in spite of the outlandish pink color, and not because of it.”

In 1988, James Gilliam and David Unruh published a study that disputed the supposed effects of Baker-Miller Pink.

Gilliam and Unruh particularly contested the color’s impact on a person’s blood pressure and physical strength. The study divided 54 subjects into two groups that were exposed to two visual stimuli: Baker-Miller Pink and white.

The first group became exposed to white before pink, while the opposite happened with the second group.

In terms of coding and strength abilities, Gilliam and Unruh concluded that test scores “were not significantly different between stimulus conditions for either group.”

If you plan to use colors for staging homes, check out this modern guide from a Forbes Next 1000 entrepreneur.