Amazing Architecture: The Space Around Us Defines Who We Are

This past weekend I attended my 45th Yale reunion. In discussion after discussion, the import and draw implicit in the campus architecture came to light. One after another, classmates both male and female spoke of the impact that the Gothic stone buildings and courtyards, the archways with their gargoyles and the lawns both sweeping and intimate, had on their decision to make coming to Yale a priority for them.

Whether or not they knew that the style was a copy of the much earlier buildings at Oxford and Cambridge made no matter; these classmates were drawn profoundly to the message the architecture imparted, a message of both tranquility and learning, of contemplation and the hard work of study.

How, I wondered, does architecture convey such a powerful message?

I have written often about the way interiors can create a meaningful structure for the lives of those within them, but I have given less attention to how the harmonious exterior, especially in conjunction with neighboring structures, can also play a significant role in creating a sympathetic atmosphere.

In truth, during my era at Yale, the interiors of the residential college buildings in which we lived, while in some cases nicely detailed, were quite shabby and lacking in appeal. It was the building placements and exteriors which communicated the messages described above.

This awareness made me think about the mini-neighborhoods of New York to which I have always been drawn: the wonderful exteriors of the houses on St. Luke’s Place, or those brownstone rows, all over the city, in which five houses are identically detailed.

Even better are the rows of five houses that mirror each other: the first and last houses are the same, the second and fourth are the same, and the one at the center has a related but distinct ornamentation pattern.

Other examples include Striver’s Row, block after block of homes in Hamilton Heights with beautifully tended front gardens, the grand homes on Garden Place in Brooklyn Heights, or the stand-alone Victorians in Ditmas Park. Each of these creates a sense of visual tranquility and aesthetic pleasure in the middle of the hustle and bustle of the city.

On a larger scale, groupings of apartment buildings can have a similar impact, at least for those who walk with their heads up! Two examples: the apartment houses on the north side of Park Avenue between 70thand 74thStreets, with their wedding cake setbacks on the upper floors and facades in brick or limestone designed by Rosario Candela and Emery Roth.

I enjoy a different sense of grace and architectural integrity in contemplating the Central Park West skyline from the East Side or Central Park.

Emery Roth’s masterpieces of Classical construction, the twin-towered San Remo with the colonnaded temples surmounting each tower and The Beresford, a giant fortress surmounted by four low towers at each corner, lead the eye inexorably uptown to the El Dorado, the last of the full block, Roth-designed apartment houses and the final exclamation point to the four sets of twin towers thrusting into the skyline.

The message of these buildings, so different from the tranquility suggested by the low Gothic at Yale, is one of the aspirations. They reach into the sky like a challenge, perfect symbols of the 24/7 pace of city life, while still offering within those walls the comfort and enjoyment which is that pace’s antidote.

The architecture of New York City can be inspiring and intimidating; it can be intimate or impersonal, serene or clamorous. A different sense of aspiration is created by the new supertalls cropping up all over; abjuring human scale, these buildings offer the wealthiest among us the opportunity to live like the gods in Valhalla, seeing for miles from a residence literally floating in the clouds.

The supertalls’ greatest impact is felt not from up close, as with the Yale buildings or the townhouses described above, or from a quarter or a half-mile away, as with the Central Park West skyline. The supertalls are best seen from miles away, inherently rejecting human scale for the thinner more bracing air of the overstory.

At every size and scale, the architecture which surrounds us impacts how we feel and how we live. Whether it ingratiates or intimidates, it never fails to influence our experience. Whether in the Gothic seduction of the Yale campus, the restrained grandeur of St. Luke’s Place, or the mansion in the clouds, the spaces we choose to inhabit reflect both our choices and who we are. 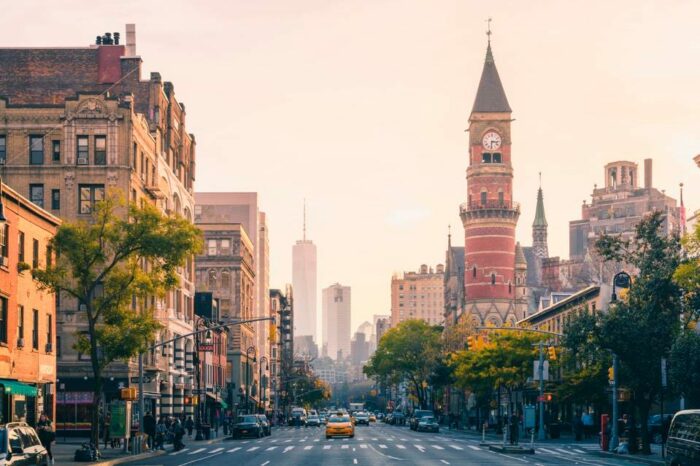 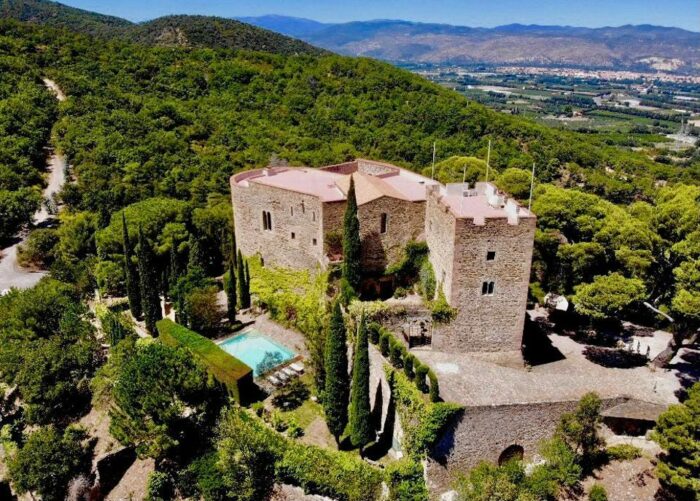