This pied-a-terre looks like it was designed as a modern-day setting for “One Thousand and One Nights.” Except it’s not set in the Middle East, but on the first residential floor of an 18th century building in Paris’ St. Germain des Pres quarter. 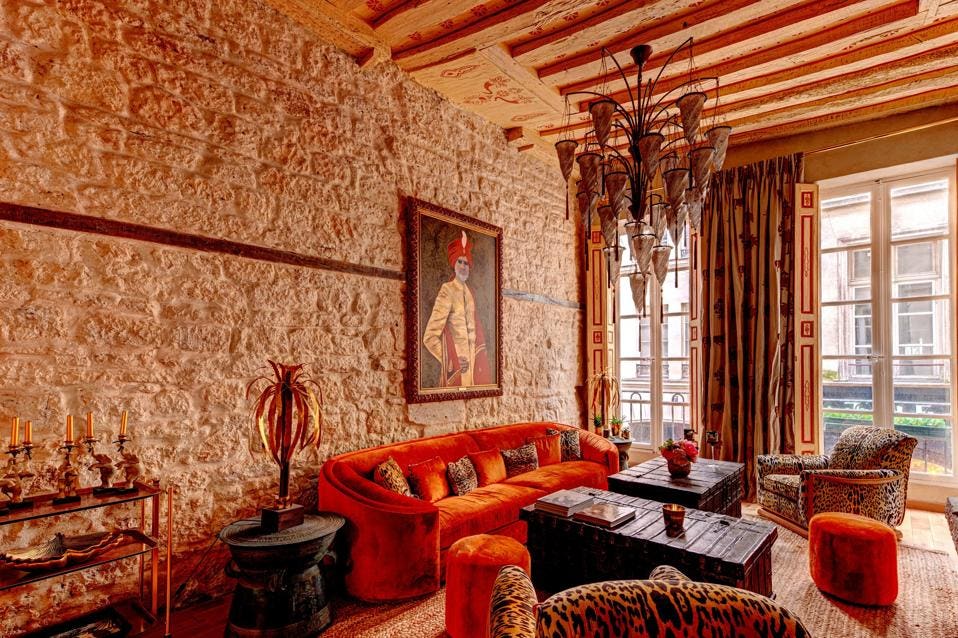 The “Arabian Nights”-inspired apartment has a roomy feel with 4-meter-tall, or 13-foot, ceilings. The lively interiors draw their hues from the warm portion of the color wheel. Burnt orange and deep red accents contrast with the neutral plaster and stone walls for a cozy, luxurious feel.

Scheherazade would look quite at home in the reception/living room, which features a vaulted beamed ceiling adorned with stencil work. The room centers on a decorative chandelier. A sleek, modern fireplace anchors one wall.

The living space opens to the kitchen, which is equipped with gold metallic cabinetry and a gold-tone bar that seats four. Tasseled pendant lights above the wood-topped counters complement the living room chandelier. 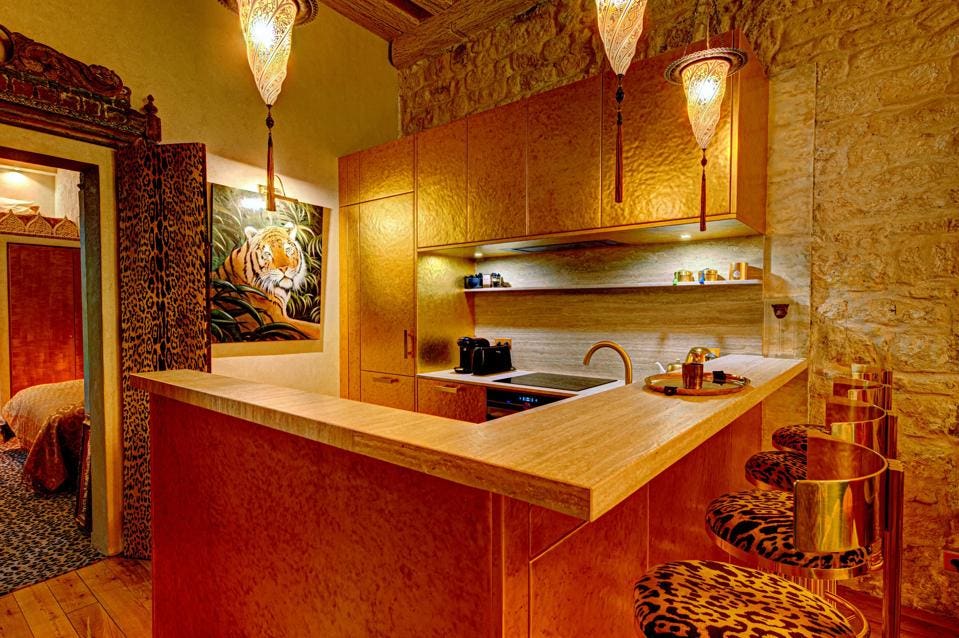 Two large windows bring light into open-plan living-dining-kitchen space and another two illuminate the unit’s one bedroom, which features a dressing room and a continuation of the vaulted ceilings. Ogee arches top the closet.

There’s room for a spare bed in the loft, beyond which is a modern bathroom.

Charles Daireaux of Groupe Mercure is the listing agent. The asking price for the 645-square-foot apartment is 1.575 million euros or slightly more than US $1.8 million. 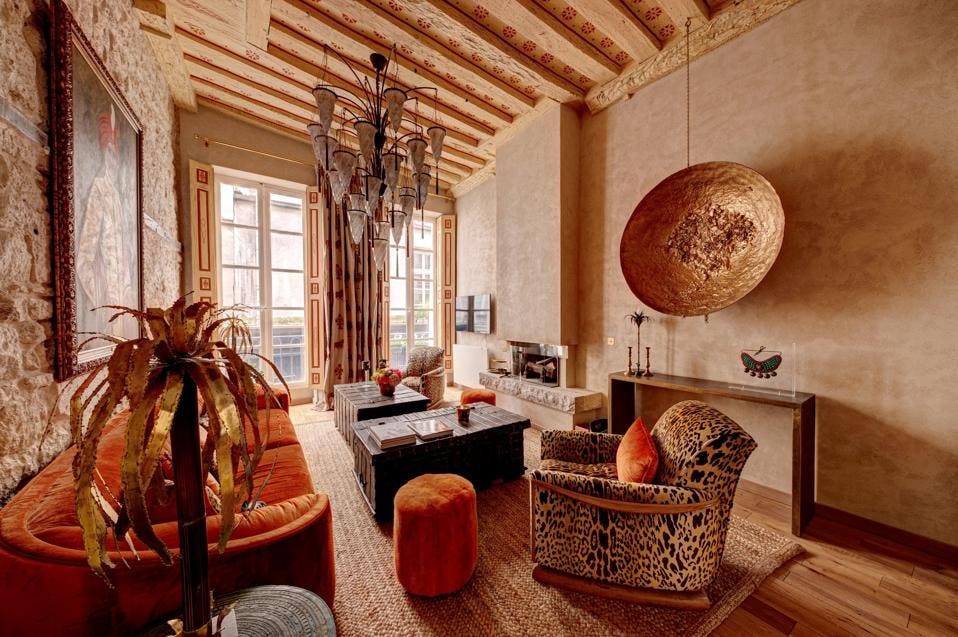 The St. Germain des Pres area of central Paris has long been known as a popular gathering spot for members of the arts scene. Among the notables to patronize the cafes were writers Honore de Balzac and Arthur Rimbaud, as well as painters including Eugene Delacroix and Edouard Manet.

Brasseries, bars, art galleries, bookstores, museums, antique stores and theaters are all close at hand. Area landmarks include the Eglise Saint-German-des-Pres, a fresco and painting-filled abbey dating to 543.