A rich provenance, a sophisticated restoration, a landmark garden – all these attributes come together at a Traditional estate being offered at $45 million in Bel-Air.

Built in 1938, the house was originally called the Shepherd Residence for its first owners, industrialist Willard E. Shepherd and is wife, Helen Lawson Shepherd.

The elegant two-story was designed in the Neoclassical and Regency styles by architect William J. Gage, who partnered with Harry G. Koerner on numerous projects including the Beverly Hills City Hall. Gage was also working on a Southern Colonial spec house about the same time that would become the home of actress Donna Reed. 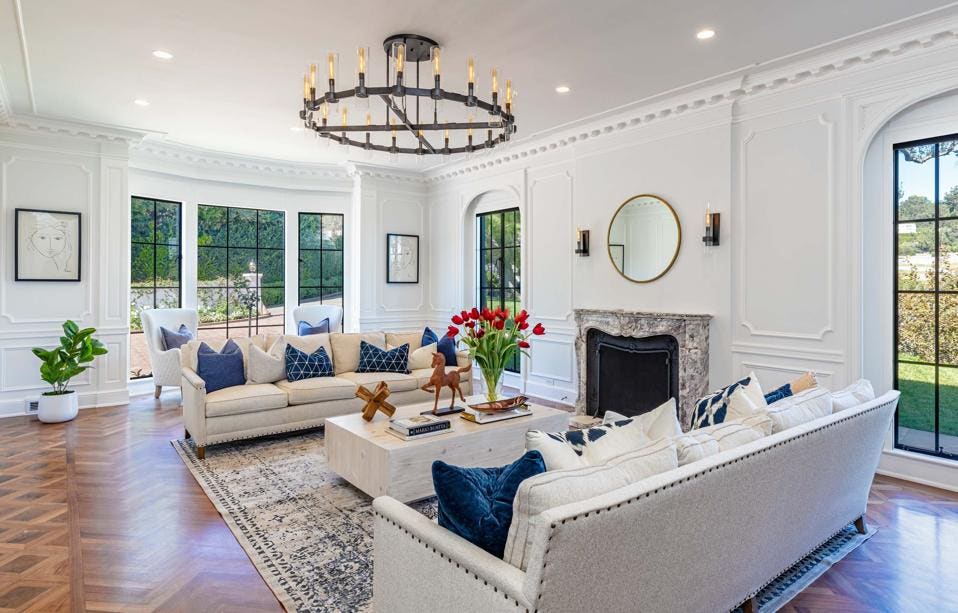 Set on a knoll between the Bel-Air Hotel and the Bel-Air Country Club, the hipped and gabled roof house is reached by way of a circular, brick-paved driveway. The symmetrical façade pairs large bay windows on each side of the front door.

The recessed entrance, topped by a pediment, has oval windows on either side.

The grand foyer features inlaid wood floors and a trio of doors that open to the back yard. The pristine floors continue in the living room, which is embellished with dentil molding, raised wall details and a marble fireplace. 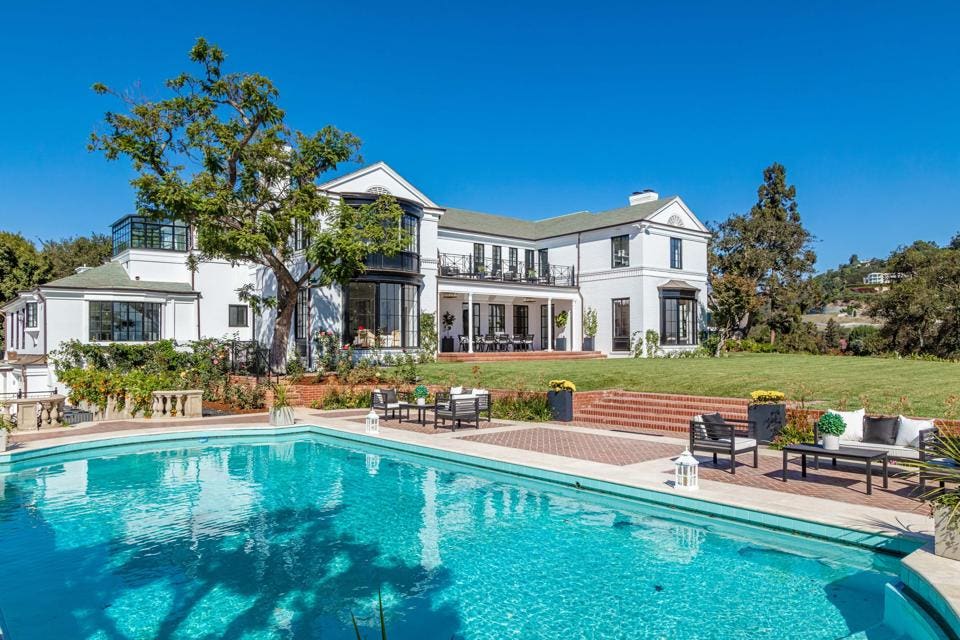 The swimming pool and accompanying pavilion were part of the 1938 design. (Berlyn Photography 2021 / Hilton & Hyland)

The breakfast room incorporates one of the home’s bay windows. It sits off a stylish black-and-white kitchen with a center island for eating and prep.

Another bay window and fireplace are in the light-filled dining room. There are a total of five fireplaces, including one in the primary bedroom, four more bedrooms and eight bathrooms.

The lower level features a game room with a wet bar, as well as a wine cellar.

The oversized swimming pool and pavilion were part of the original estate. A detached two-bedroom guest house with a fireplace was added in 1952. 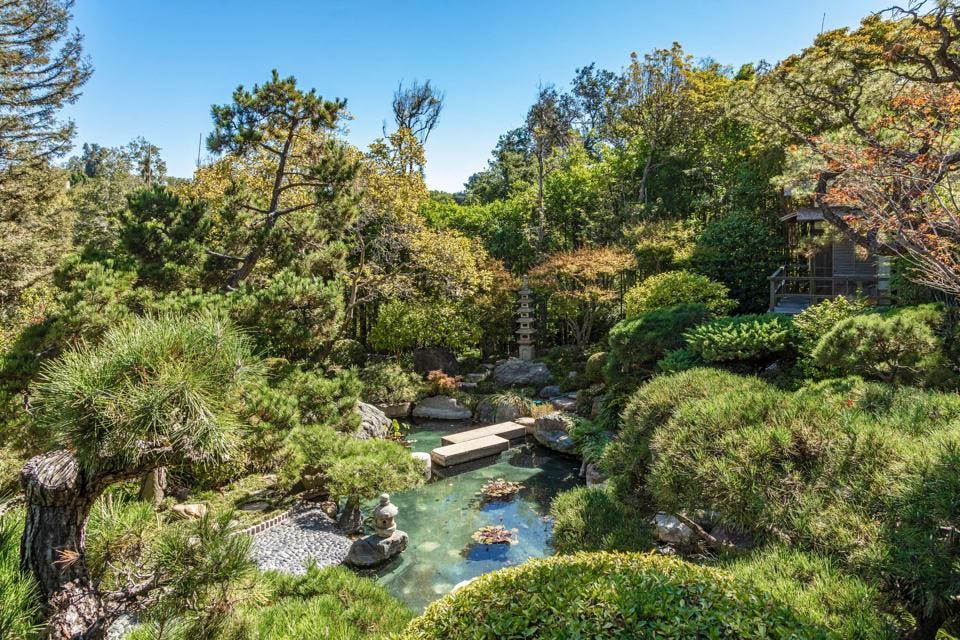 A shrine, a teahouse and evergreen landscaping are part of the Japanese-inspired grounds. (Berlyn Photography 2021 / Hilton & Hyland)

The main house, set on just under an acre, takes in panoramic city views. Another acre-plus is devoted to a meticulously landscaped Japanese garden filled with statuary, a stone-lined pond crossed by stepping stones, streams, a waterfall and manicured shrubbery.

The estate’s landmark gardens, which date to 1961, were the work of landscape designers Nagao Sakurai and Kazuo Nakamura. They were once part of UCLA.