$6 Million Estate In France Was Once A Pilgrimage Stopover

This chateau in Brittany—in the far reaches of northwestern France—holds the distinction of once being a stopover on the Saint Jacques de Compostelle pilgrimage route. The often-traveled journey culminated in Galicia, Spain, at what is believed to be the crypt of the apostle.

(If you don’t recall one of Jesus’ disciples being named Jacques, that’s because the translation in English is James. Mystery solved!)

Dating to the 16th century, the estate is in the one-time mill town of Pont-Aven, known for an artists’ colony that included Post-Impressionist Paul Gauguin. 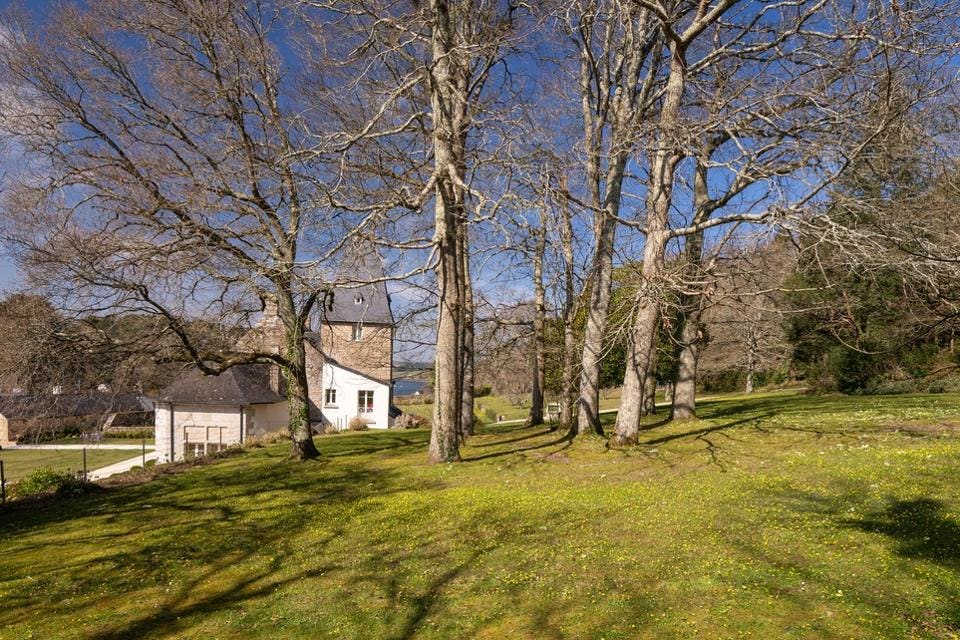 The five-acre property sits near the water and features a main house, a farmhouse, a fieldstone cottage and boat mooring. (Groupe Mercure)

Today the village is home to the Pont-Aven School of Contemporary Art, the Musée des Beaux-Arts de Pont-Aven and several galleries. It continues to inspire the arts with its picturesque location at the junction the Aven River and a tidal estuary.

Likewise, this nearly five-acre property sits along the water. The manor features a boat mooring, a main house, a farmhouse, a fieldstone cottage, an expanse of woods, a greenhouse and a three-car garage. In a nod to more modern times, there’s even a helipad. The stone structures combine for more than 4,500 square feet of living space, seven bedrooms and six bathrooms.

The multi-story main house has an understated exterior of sand-colored stone blocks. Gentle ogee arches over the doorways and windows add an element of Gothic architecture. Dormer windows cap the pitched roof. 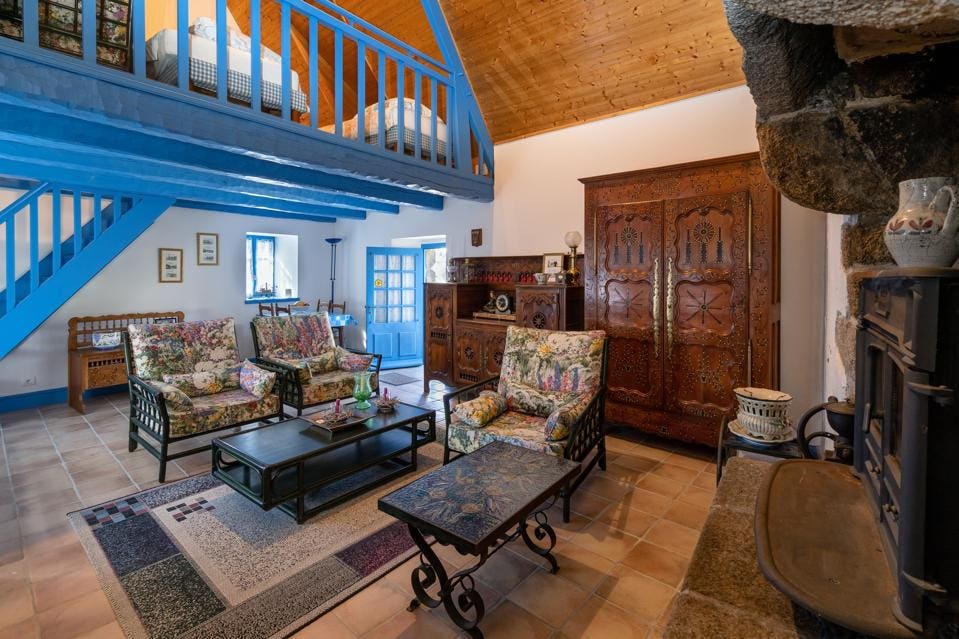 Inside, the voluminous rooms have been restored and updated. Details include a massive wooden staircase and granite fireplaces. Rustic beamed ceilings and wood plank floors add character in the bedrooms.

The nearly 2,000-square-foot farmhouse contains two apartments, while a thatched cottage near the garage has a sleeping loft.

Sophie Van Cayzeele of Groupe Mercure has the listing for the estate, priced at US $5.98 million. 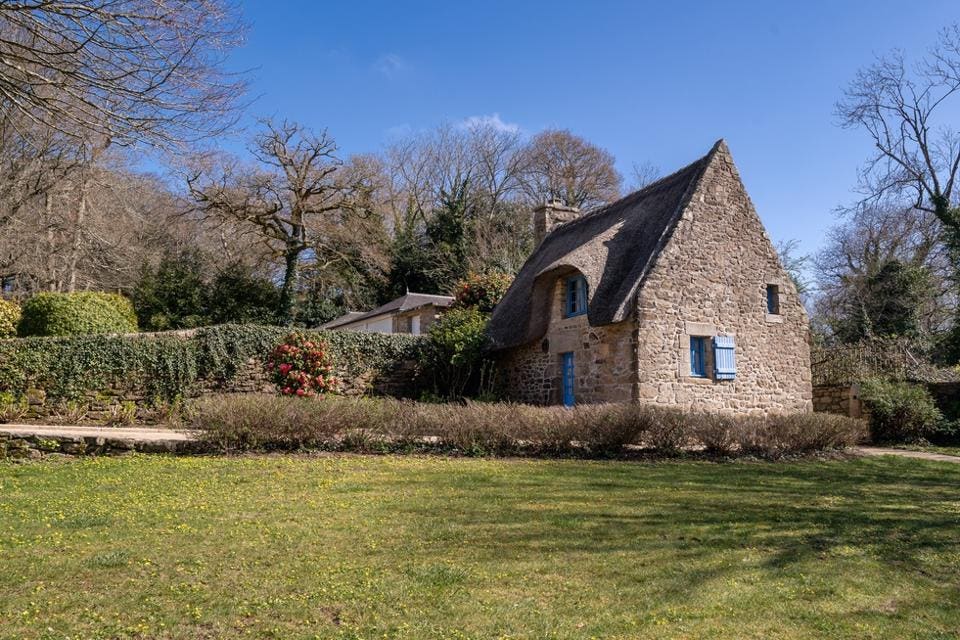 A charming fieldstone cottage shares the site. Elsewhere on the grounds is a helipad. (Groupe Mercure)

Beyond pilgrims and painters, Pont-Aven is associated with pancakes as well. Area creperies serve the thin cakes with such fillings as scallops cooked in garlic butter or a combination of Camembert cheese, fig and caramelized onion. Local ciders are a popular pairing.

Not to be confused with the crepes are the Breton pancakes or galettes produced in Pont-Aven. The shortbread cookies are made by a local biscuit factory and sold in decorative metal boxes.

Other Pont-Aven attractions include a summer flower festival, a stroll on the pedestrian path along the river or a trail walk that takes in the town’s remaining watermills. 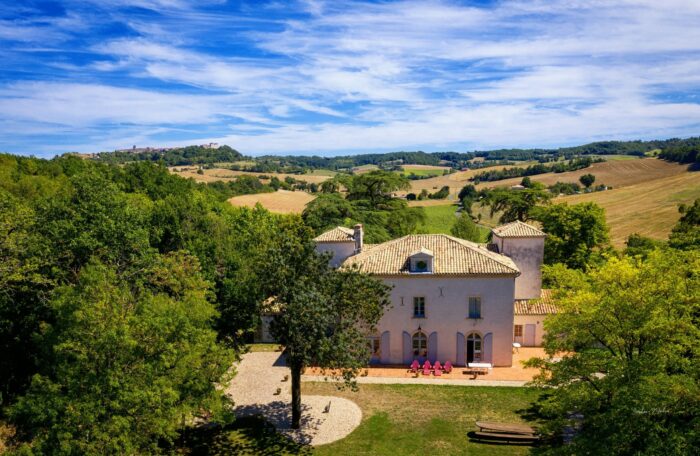 South of France, 19th century chateau with outbuildings and pool 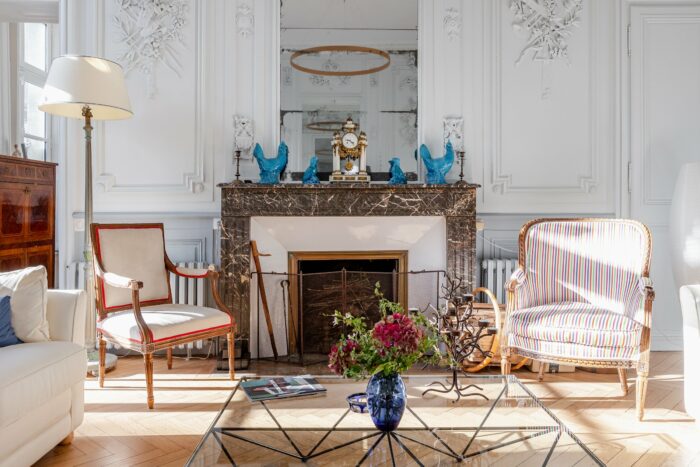 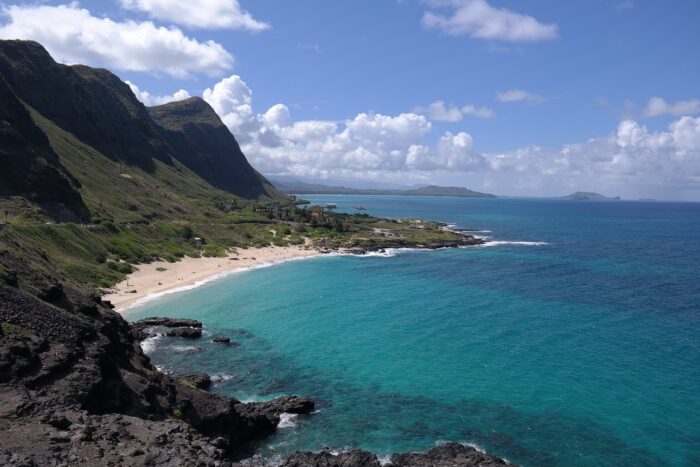 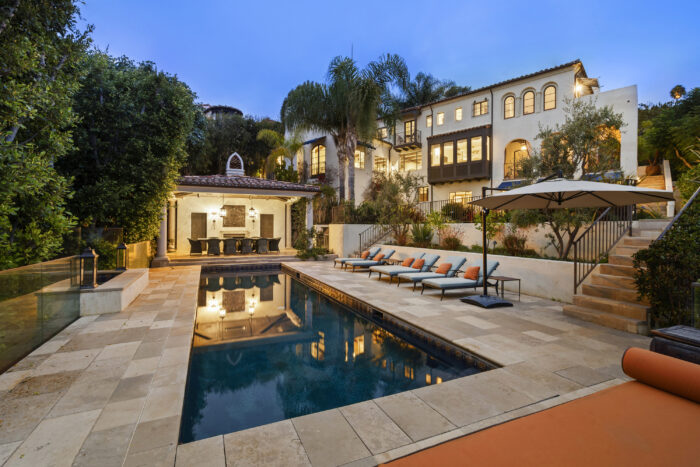 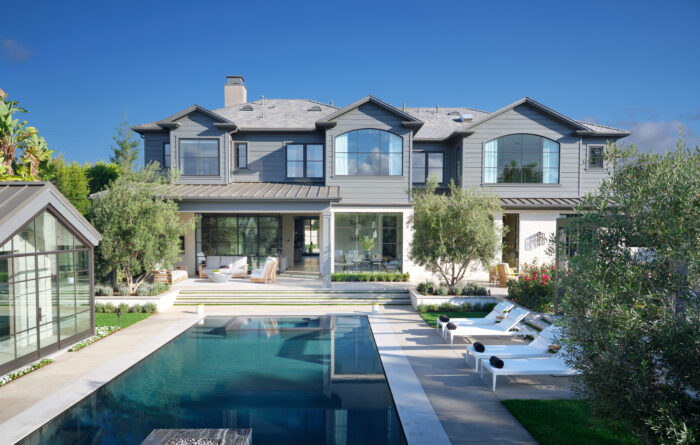 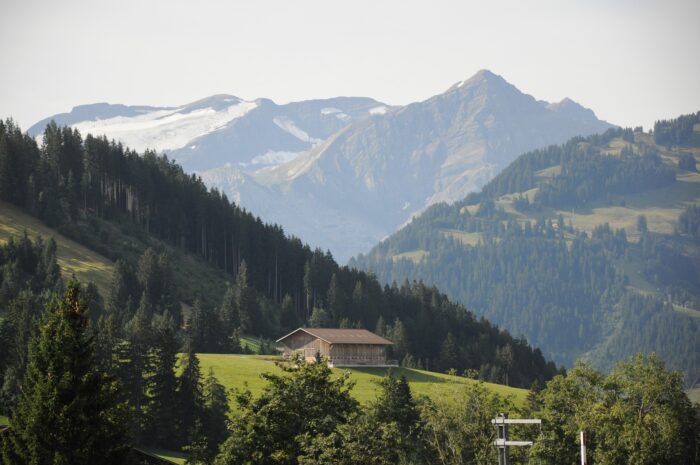