Dutch Colonial homes are so called because the style originated from American settlers hailing from the Netherlands in the early- to mid-1600s.

The giveaway feature is the broad, double-pitched roof that changes angles midway to slope nearly straight down. This gambrel or barn roof allowed attic to be used as living space.

A newly constructed home in Wellesley, Massachusetts, may have you doing a sextuple take. The distinctive roof line is repeated on the front, back and sides. 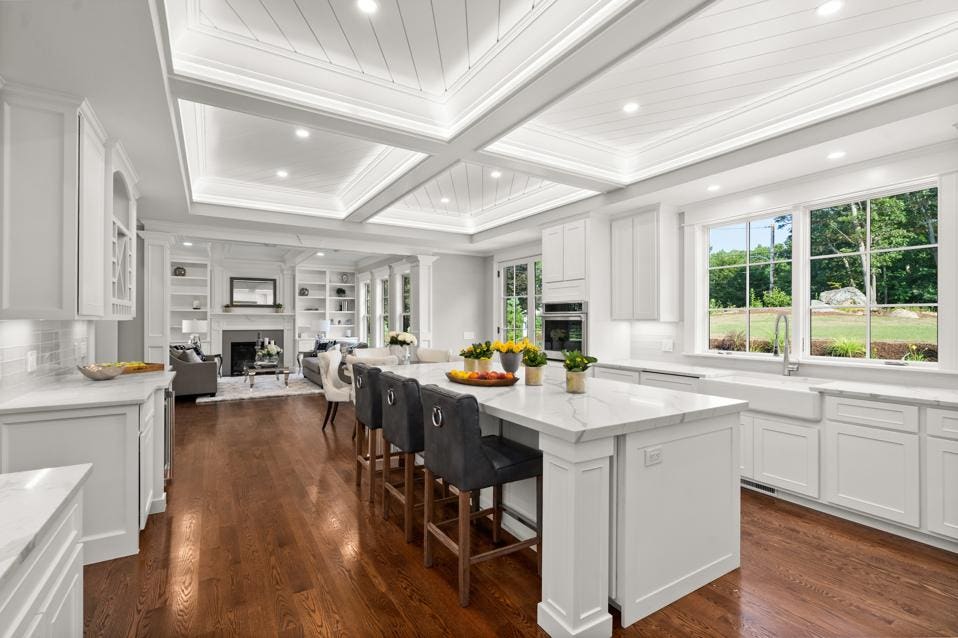 Set on more than half of an acre, the 6,000-square-foot home is entered through a Colonial-style front door framed by sidelights. 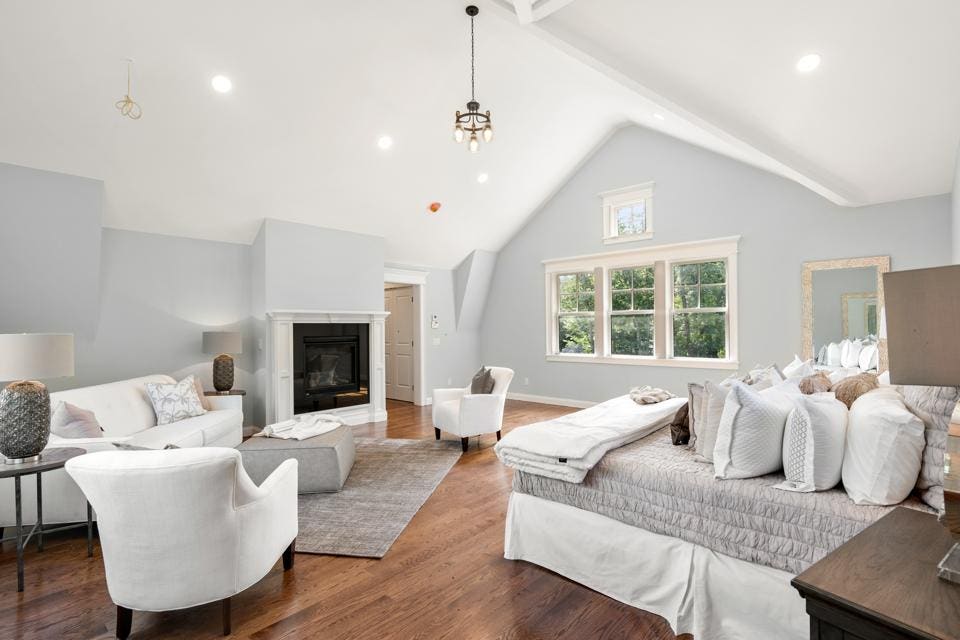 Built-in shelving flanks the fireplace in the living room, which has an adjoining office nook.

A bank of windows set into wainscoting brings light into the formal dining room.

The open-plan kitchen features a farmhouse sink, quartz countertops and a walk-in pantry. The center island has both bar seating and prep space. 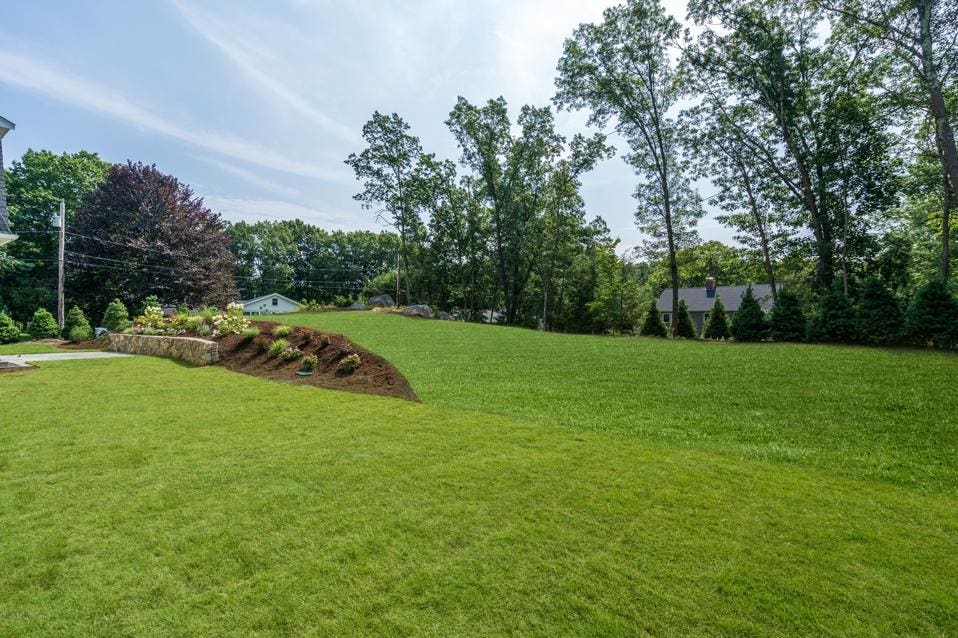 The more than half-acre property is in an established neighborhood with mature trees. (BASSICK REAL ESTATE ADVISORS)

Glass walls at the back of the home overlook a patio.

A tiled mudroom, with built-in storage, adjoins the two-car garage.

Upstairs, the vaulted primary bedroom includes a fireplace and a seating area. Double sinks, a soaking tub and a glass-enclosed shower are among features in the primary bathroom. Three more bedrooms are on this floor.

The finished basement contains a great room, another bedroom and a full bathroom for a total of five bedrooms and five bathrooms.

Catherine Bassick of Bassick Real Estate Advisors is the listing agent. The asking price for 4 Wedgwood Road, Wellesley, Massachusetts, is US $3.595 million.

Wellesley, part of the greater Boston area, is about 15 miles from Boston Logan International Airport.