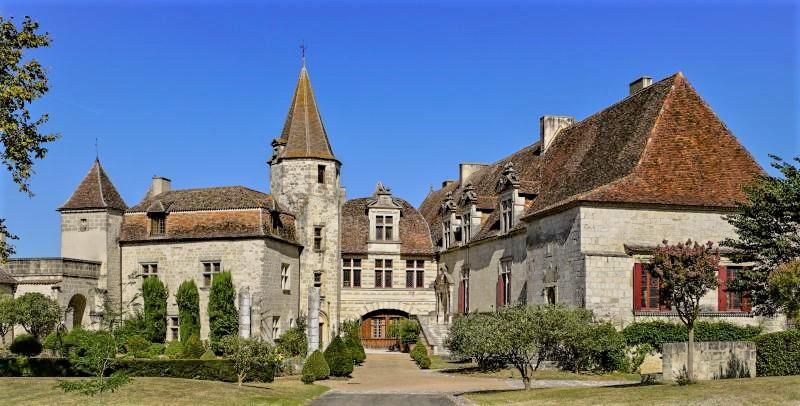 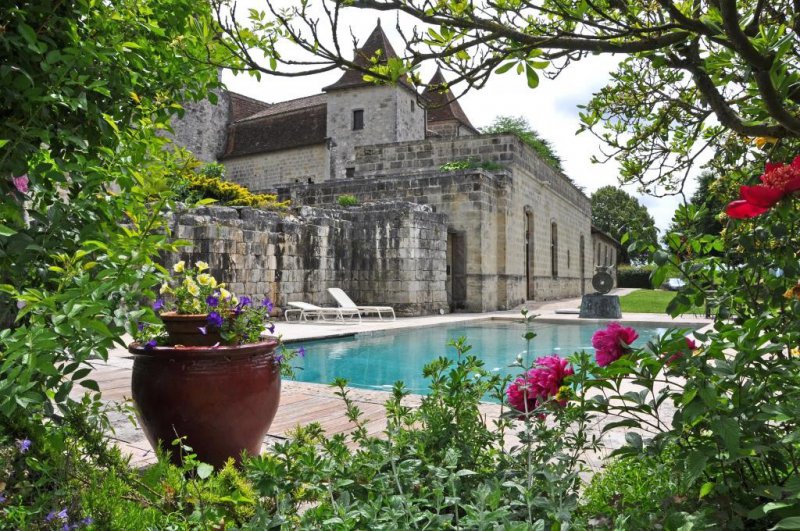 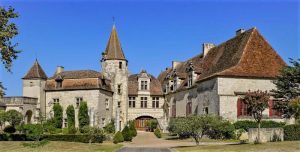 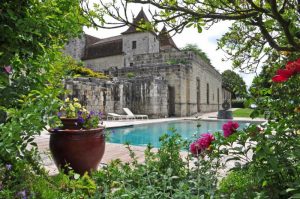 In a dominant position, with ramparts and a large courtyard, listed chateau which used to be the seat of a powerful family. It is composed of 3 houses built from 12th to 18th century: the medieval houses of the 15th century, a Renaissance wing and a central body called the Dome.

The medieval chateau on the left wing is the eldest part. It has 5,382 sq. ft. of renovated living space on 3 floors. It has kept its original features (fireplaces, terracotta floors, stained glass, interior shutters ...), a tower and 15th century door. Modern comfort throughout.

The renaissance chateau on the right also has 5,382 sq. ft. of living space on 2 levels. State rooms with guards' room of nearly 2,153 sq. ft. with period tile, French ceiling, stained glass windows, listed Renaissance fireplace. The King's room with French ceiling, stained glass, and listed fireplace. The Duke's room is like the King's room. The 2 fireplaces are 2 of the most beautiful fireplaces in France.

The Dome built in the 17th and 18th century connects the 2 wings. 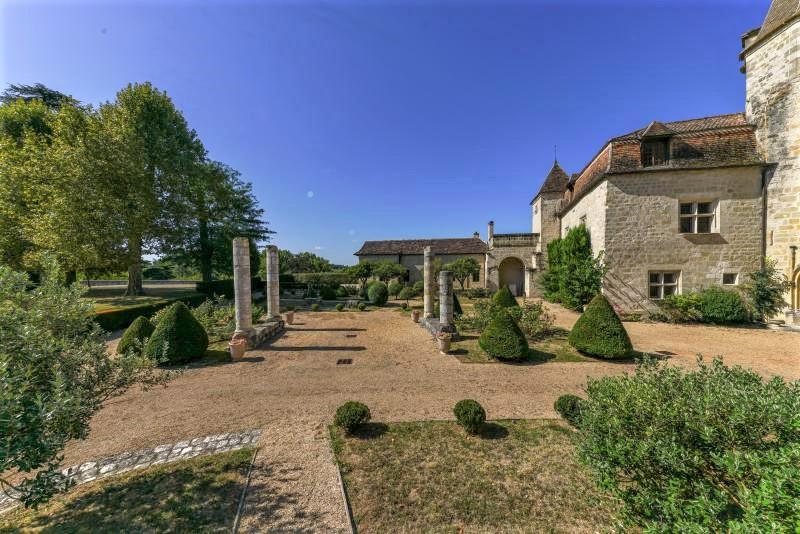 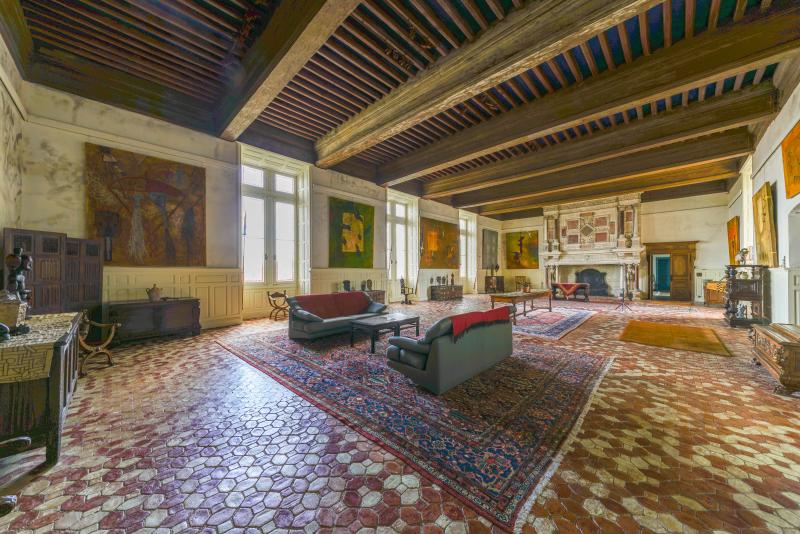 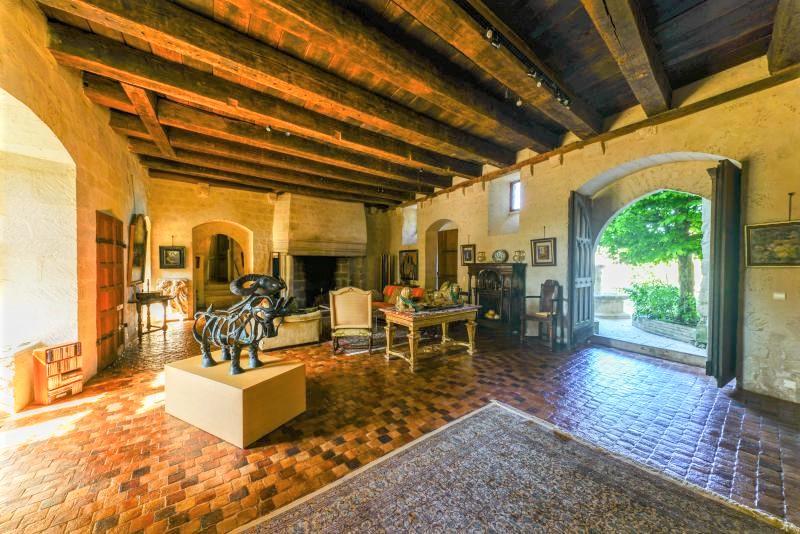 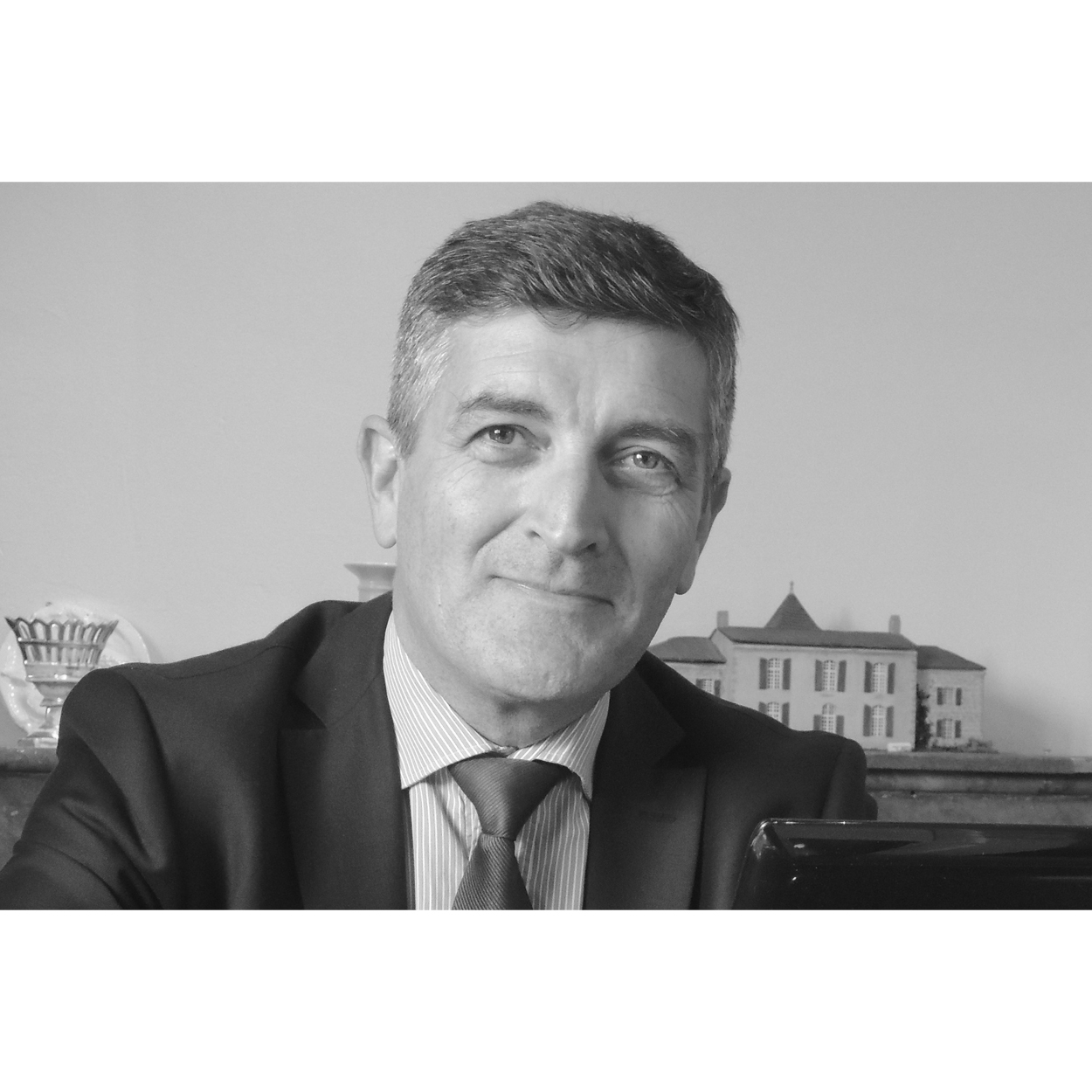