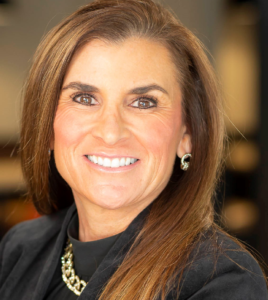 Stephanie Hart is a broker associate with Slifer Smith & Frampton Real Estate (SSFRE), the leading real estate firm in the Vail Valley. Stephanie brings a diversified and extensive business background in sales as well as having served as President and CEO of her own fundraising company in Maine, specializing in government and political solutions.

After graduating from the University of Maine, her first job was with the then Senate Majority Leader of the United States in Washington, D.C. Following Capitol Hill, she held many high-level positions to include: campaign manager, lobbyist and special assistant to the then Governor of Maine where she later became chair of his finance committee for a successful run for re-election.

Nine years ago, she left New England to work as a full-time Mountain Vacation Specialist for Ski.com based in Aspen, CO. She went on to become one of the top sales agents selling ski packages to clientele all over the world.

In her first year of real estate Stephanie was awarded ‘Rookie of the Year’ for 2016 at Keller Williams Realty before joining SSFRE. In addition, she sold a beautiful log cabin home which subsequently lead to her appearance on HGTV’s popular show Log Cabin Living which aired in January of 2016, called ‘Vail Valley Cabin Hunt’. Stephanie also serves as a member of the National Association of REALTORS.

One of Stephanie’s greatest passions is horses. While a resident of the State of Maine she built, owned and operated Great Meadows Equestrian Center. Not only was she a competitor on the A-Circuit in the Hunter/Jumper divisions, but also a riding instructor. She bought, trained and sold a number of competition horses while concurrently directing multiple riding programs for the Kents Hill School, Camp Laurel, Camp All-Star and the Girl Scouts of Maine respectively.

When not selling real estate you can find Stephanie either on the tennis court or skiing at Beaver Creek, where she also teaches private lessons part-time.

If you are looking for a highly motivated real estate agent to represent you, please contact Stephanie Hart by phone or email, or visit her at Slifer Smith & Frampton’s Park Hyatt office next to the ice rink in Beaver Creek. You’ll find her passion for representing your interest beyond reproach. She exemplifies, and will bring to your search: integrity, passion and determination.