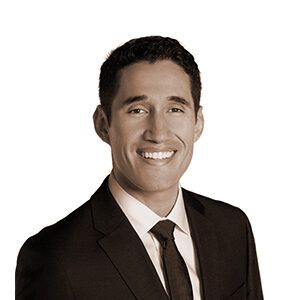 With over $550 million in total real estate sales and over 200 satisfied clients served, Paul Salazar is a real estate veteran with years of invaluable experience.

Partnered with one of the top luxury firms in the world, Hilton & Hyland, Paul has a string of $20+ million dollar properties sold under his belt, making him a true standout in this highly competitive and fast-paced industry. Paul is an expert in rebranding and relaunching properties that have been lingering on the market. He also works with developers to build luxury spec properties throughout Los Angeles.

One of the keys to Paul’s success is his commitment and desire to meet and exceed his clients’ needs. Paul’s focus on building relationships, providing comprehensive and personalized customer service, and using technology to facilitate the transaction process has provided him with a competitive edge in the business.

In addition to his own professional ambitions, Paul also aspires to help out other Realtors whenever possible. In fact, his team, Paul Salazar Group, has helped aspiring agents break into the luxury market. As a student of one of the top business coaches in the country, Paul, in his own capacity, also coaches other Realtors to become the best versions of themselves.

In college, Paul played NCAA Division 1 Soccer and did Semester at Sea which allowed him to visit 30 countries before earning his degree. His adventurous spirit persists today and when not tied up inking his multi-million dollar deals, he’s out backpacking, climbing, and engaging in other extreme adventures. His proud Colombian roots allow him to connect with and appreciate various cultures throughout SoCal.

To strategically take advantage of today’s real estate market or find your dream home, consult with Paul Salazar before your next move!