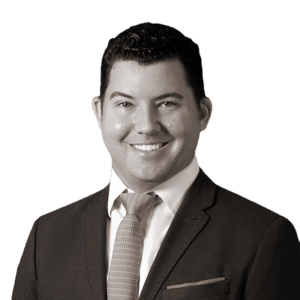 Nick Agostinelli has a long and successful history in the world of sales, and he knows how to deliver for his customers. Since 2014, Nick has sold more than $400 million in real estate, and REAL Trends has ranked him in the top 1 percent of agents nationwide, as advertised in the Wall Street Journal. He is a model real estate agent who prides himself on his ability to consummate and facilitate transactions with extraordinary customer service.

Before coming to Elegran, Nick excelled in high-end luxury vehicle sales, working with a focused client group of professional athletes and their financial advisors, and pairing them with luxury brands such as Porsche, Maybach, and Mercedes-Benz. During that time, Nick was also part of a very successful silent auction committee for University Hospitals and 5 Star Sensation, once again showing that his passion for sales shines through in everything he does. Within 5 months of his real estate career, Nick closed a $30,000/month rental transaction and in February 2014, closed one of the top sales of the year in NYC with a penthouse at 135 East 79th St. for $23.4M. Nick’s quick rise to the top of the brokerage community is evidence of his dedication to his career.

Born and raised 30 minutes west of Cleveland, Nick excelled as an all-around athlete, particularly in baseball and track, and he was ranked nationally in the 100-meter dash. He attended college at Baldwin-Wallace College in Berea, Ohio, now Baldwin Wallace University, where he majored in Finance and Accounting. Nick has enjoyed living in different parts of the city, from the Upper West to the Upper East side, and he currently lives with his wife and two kids in Westchester. He frequently takes the time to travel, snowboard, enjoys going to museums and is a devoted University of Michigan fan.