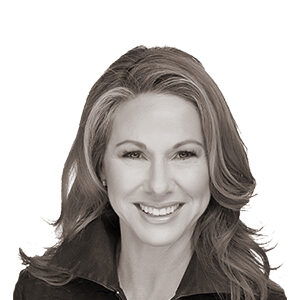 In Night of the Iguana, Tennessee Williams captures the essence of what inspires Kim when Hannah responds saying, “…do you know what I mean by a home? I don't mean what other people mean when speaking of a home because I don't regard a home as a, well as a place, a building…a house…of wood, bricks, stone. I think of a home as a thing that two people have between them in which each can …well, nest, rest, live in emotionally speaking.”.

For eight years Kim worked exclusively as a buyer's agent earning the distinction of being the only agent in the history of Elite 25 to gain membership by representation of buyers only. And nowhere did this concept of a home being more than a building come into focus than when she helped clients find a place to nest, rest and live.

Beginning in 2011, after several buyer clients and their associates requested her representation to help them sell their homes, she expanded her practice to include listings. With the same understanding of home as place, not only as an emotional but also as a financial investment, Kim uses her years of commercial real estate asset management and marketing. That experience allows her to provide clients with extensive analysis of value, focused concentration of area knowledge and negotiation while recognizing the emotional intricacies involved with re-nesting.

Kim is a native Texan, from Houston. She attended the University of Texas at Austin, and got back to Austin as fast as she could. She has become an official Austinite going on 20 years as a resident. She has lived in Dripping Springs, Lakeway, Rollingwood, Clarksville and now Highland Park West. She worked previously for GE Capital, Lady Bird Johnson Wildflower Center and Public Strategies prior to entering residential real estate in 2000. Her philosophy centers around focused client service and to that end, she limits the number of listing and buyer clients to ensure that each gets the time they deserve. She is an active supporter of JDRF, WISE, Austin Trail Foundation and her two children, who graduated from UT Austin and University of the South, and are now pursuing dreams of their own. An avid runner and outdoors woman you will likely see her on the hike and bike trail, horseback riding or fly fishing Barton Creek, when she isn't working.