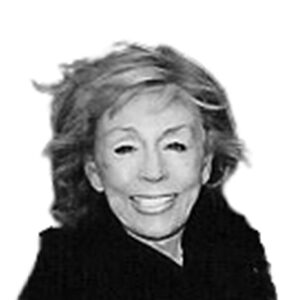 June Davies was raised in Yorkshire, England. As a little girl she was fascinated with America – how it turned the tide in WWII, its international influence, the dynamic growth of it’s industries, it’s exciting literature, plays, musicals, movies and most of all – its opportunities. It was hard to break with tradition laden England and her extended family but she headed west for New York and west again to Los Angeles.

Real estate was exploding and she became the Director of Sales for the Metropolitan Development Corp. which built and sold housing projects throughout L.A. County, Las Vegas and Arizona. When those prime markets peaked, she got into the resale business in Beverly Hills. Her territory is from Hollywood west through Hancock Park, Beverly Hills, Bel Air, Brentwood, Santa Monica, Pacific Palisades and Malibu. She also covers south to Playa del Rey, Marina del Rey, Cheviot Hills, and north to Sherman Oaks and Encino.

Like all her clients, they found she has an uncanny ability to grasp a client’s taste and find their dream home quickly and a dogged English tenacity to wrangle the deal to completion. After thirty years in the business, she knows all the best auxiliary talents like title company reps, escrow officers, lenders, appraisers, geologists and exterminators. She can negotiate with great finesse because of her ability to make win-win offers for both buyers and sellers and cool down heated situations and find creative solutions even after both sides think they can never get together or a buyer has exhausted all financing options.

June’s passion for travel has taken her to sixty-three countries and all continents except Antartica. She’s also an opera buff and has attended performances all over the U.S., Europe and in Sydney.

For twenty years Puerto Vallarta has been her favorite tropical getaway. Several years ago her daughter took a look and stayed to sell real estate so June has a second home in Mexico and even on vacation, stays close to the action.