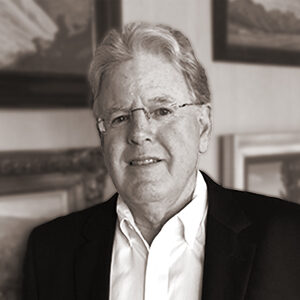 Edward Edick is a Santa Barbara native who has spent his entire life here enjoying all that this beautiful city and its surroundings has to offer. Growing up in a city cradled by the coastal mountain range and the Pacific Ocean, Ed enjoyed both aspects as a surfer, beach volleyball player as well as camping during his years as a Boy Scout. And if you are wondering if the Boy Scout experience was all fun and games? No. Ed put forth the time, effort and community service to become an Eagle Scout.

Ed started his Real Estate career when he was hired by local real estate legends Henry Heron and Ed Heron in 1975. Ed’s career flourished from the start as he was consistently a member of the Million $$$ Club.’ It sounds humorous now but that was a milestone when the average sale price of the day was about $50,000!

For the last 40 years Ed has held a Brokers license and has himself become a legend in the local real estate industry. In 2016 he was awarded the title Realtor Emeritus by the National Association of Realtors.

After being the supervising broker for hundreds of agents and overseeing tens of thousands of real estate transactions, Ed gave up the joys’ of management and sold his interest in Village Properties to pursue once again his long-time love of real estate sales and sharing his knowledge of the rich history and architecture of Santa Barbara.

All that said, Ed has seen it all. He has dealt with some of the most interesting and complex transactions and has come to be known as the consummate professional who has earned the respect of his clients, peers and the Santa Barbara Community at large.

Ed is an active member of the UCSB Economic Forecast Project Board of Directors which provides valuable economic information to the Santa Barbara business community.

As one of his colleagues pronounced after a presentation Ed had made to his Company, Ed has forgotten more about Santa Barbara Real Estate than most of us will ever know.